Pokemon Legends: Arceus has completely changed the Pokemon formula for the better. This open world extravaganza is what most players wished Pokemon was from the beginning. You’re able to progress through the story at your own pace and catch hundreds of Pokemon from all different regions. 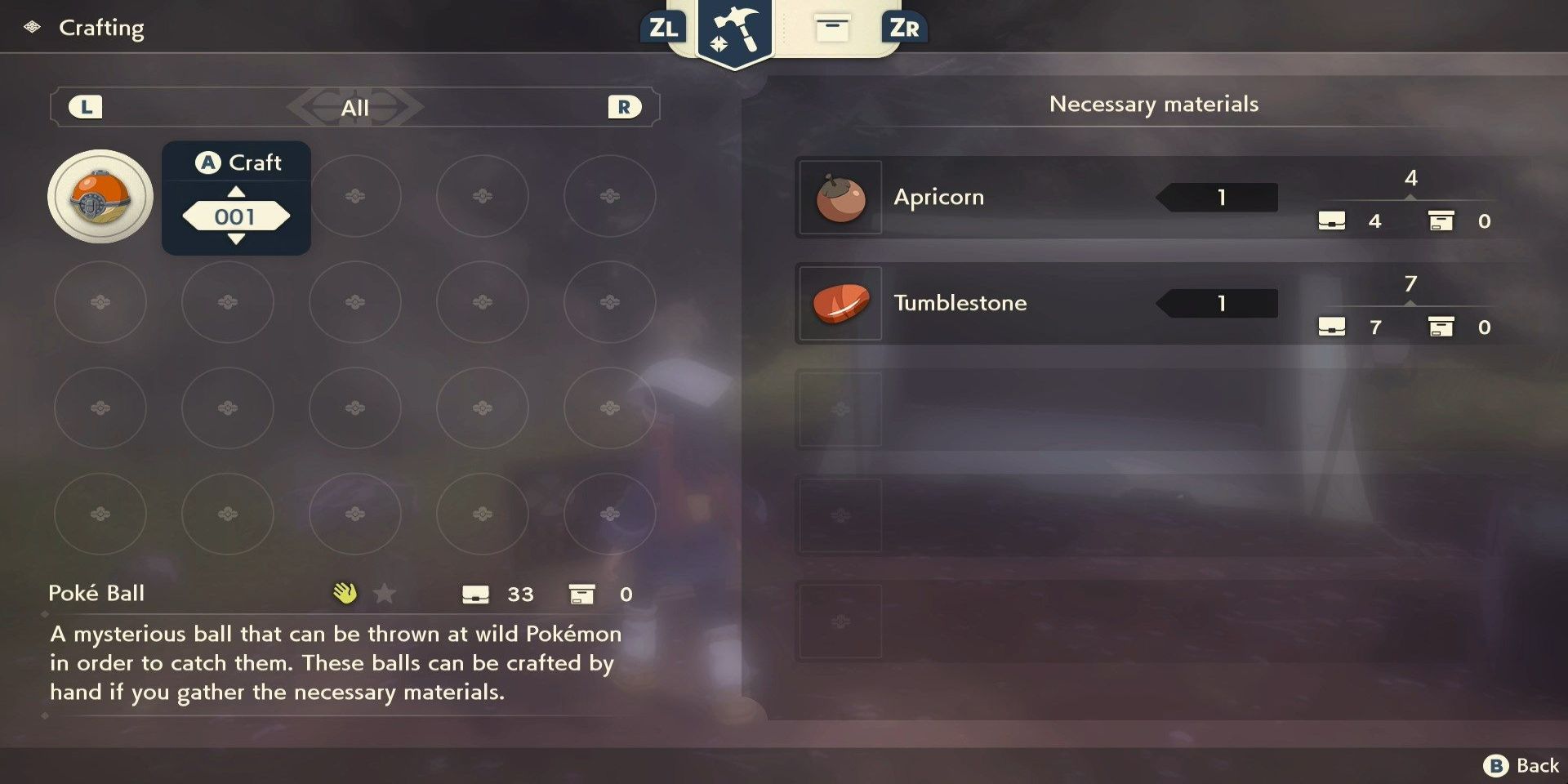 Crafting is one of the most important features in Pokemon Legends: Arceus and you should definitely learn the ins and outs of it. The item you’ll be crafting the most is definitely going to be the Poke Ball, since you’ll need to use them in abundance to complete your Pokedex.

They’re very easy to craft as a Poke Ball only requires one apricorn and one tumblestone; two materials that are very common throughout Hisui. You always have a crafting kit on you, so there’s no excuse to ever run out of Poke Balls. Of course, as you progress through the game, you'll unlock better Poke Ball crafting recipes that increase your chances of catching Pokemon.

9 Wait For Pokemon To Have Their Back To You 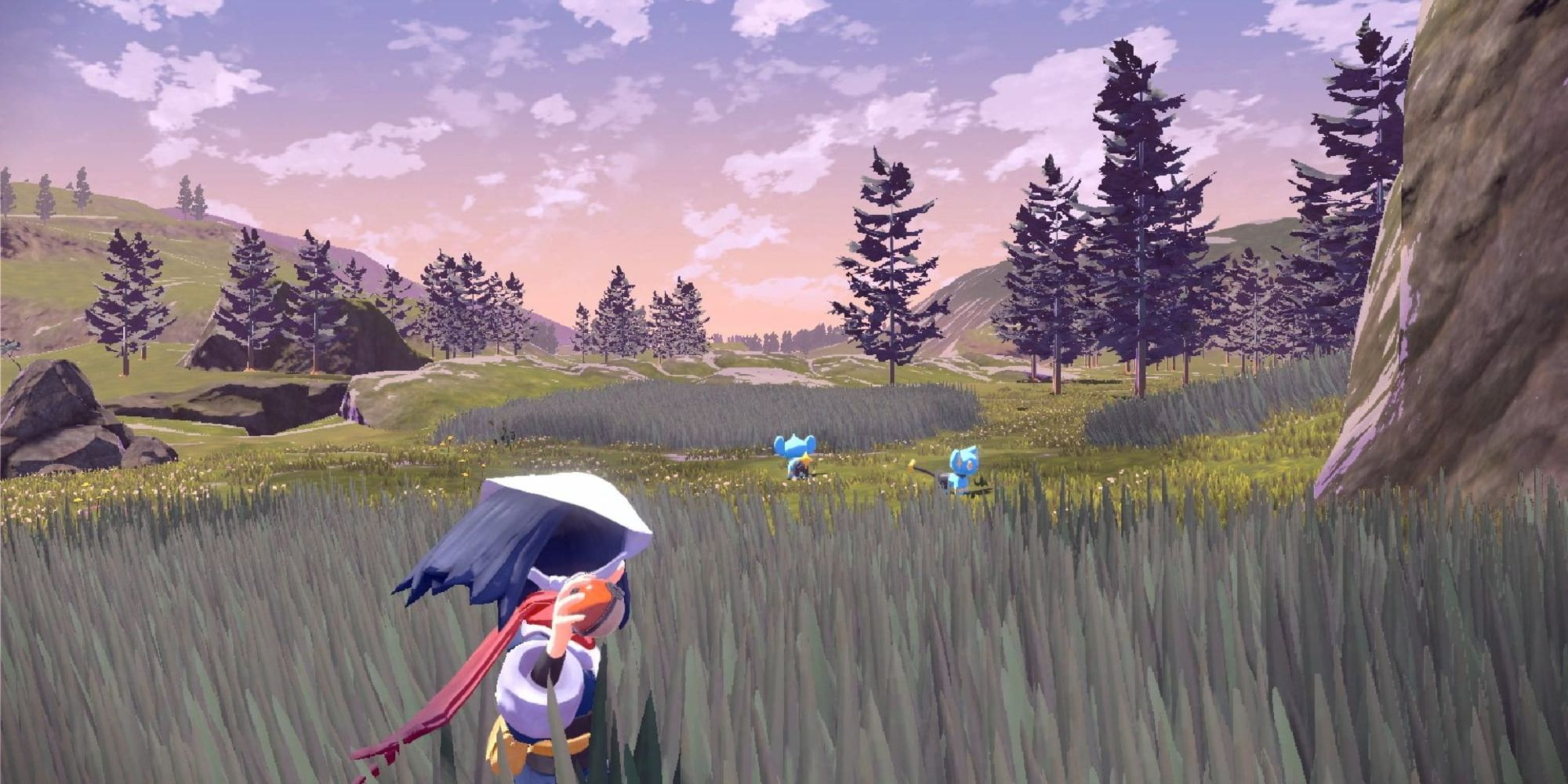 There are multiple ways to go about catching Pokemon. The most effective way is by throwing a Poke Ball once their back is turned. Doing so will not only increase your chances of a successful catch, but will even make it possible to catch hostile Pokemon without having to fight them.

Remaining stealthy is a good idea, but certain Pokemon, like Alpha and Noble Pokemon, will very likely require a battle to be caught. For all other Pokemon, this is a good strategy and will allow you to complete Pokedex entries in no time.

8 Evolve Your Pokemon When Prompted 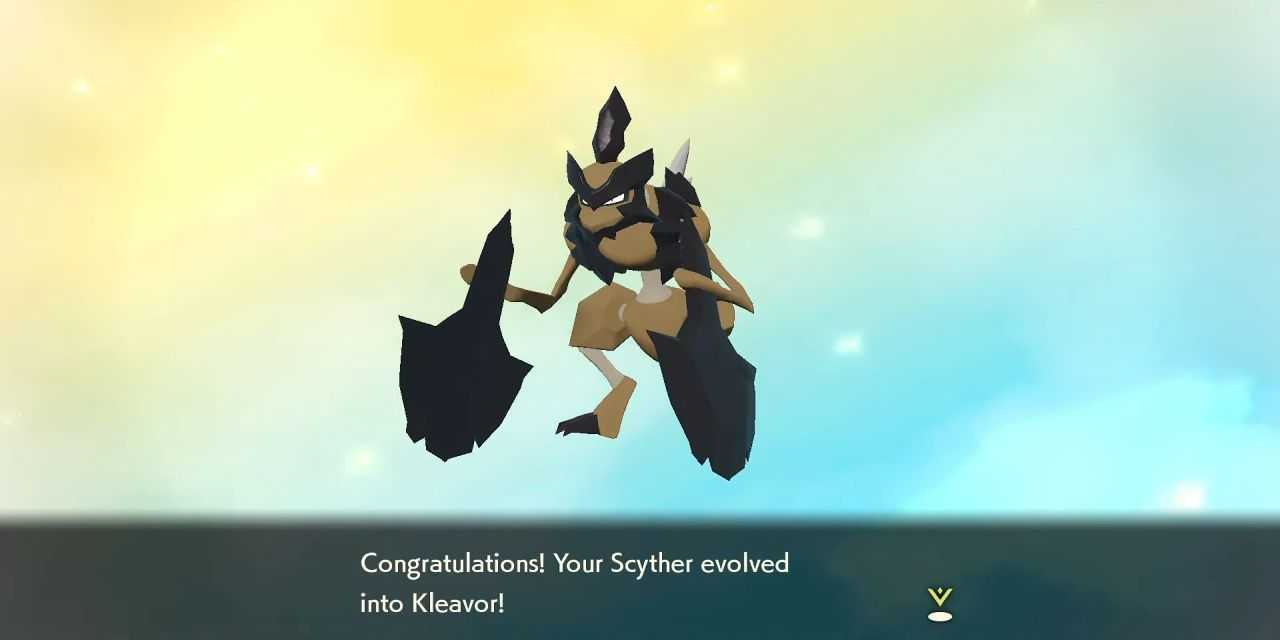 In the game, you have to manually evolve your Pokemon. You'll have to wait until you see a prompt saying they’re ready to evolve. If you’re wondering how to evolve trade evolution Pokemon, you don’t actually have to trade them in Pokemon Legends: Arceus. In fact, all you have to do is get an evolution item from Simona by using Merit Points. 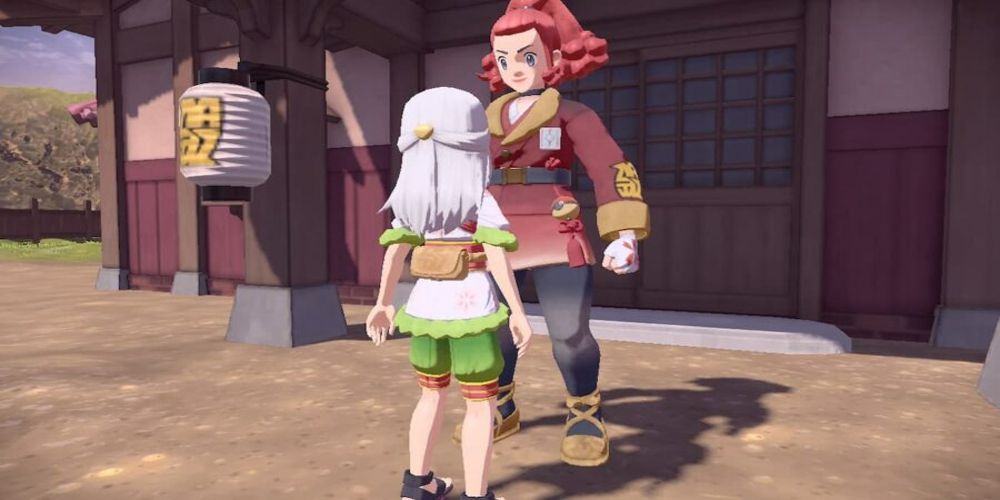 False Swipe is an incredibly useful move in Pokemon Legends: Arceus because it will always leave Pokemon with one HP remaining. As you know, the less HP a Pokemon has, the easier they’ll be to catch.

If you’re struggling to find a Pokemon that can learn False Swipe, the answer has been right under your nose this whole time. As long as you picked either Rowlet or Oshawott as your starter, you can teach them False Swipe through Zisu, the move tutor. Sadly, Cyndaquil is the only starter unable to learn this move. 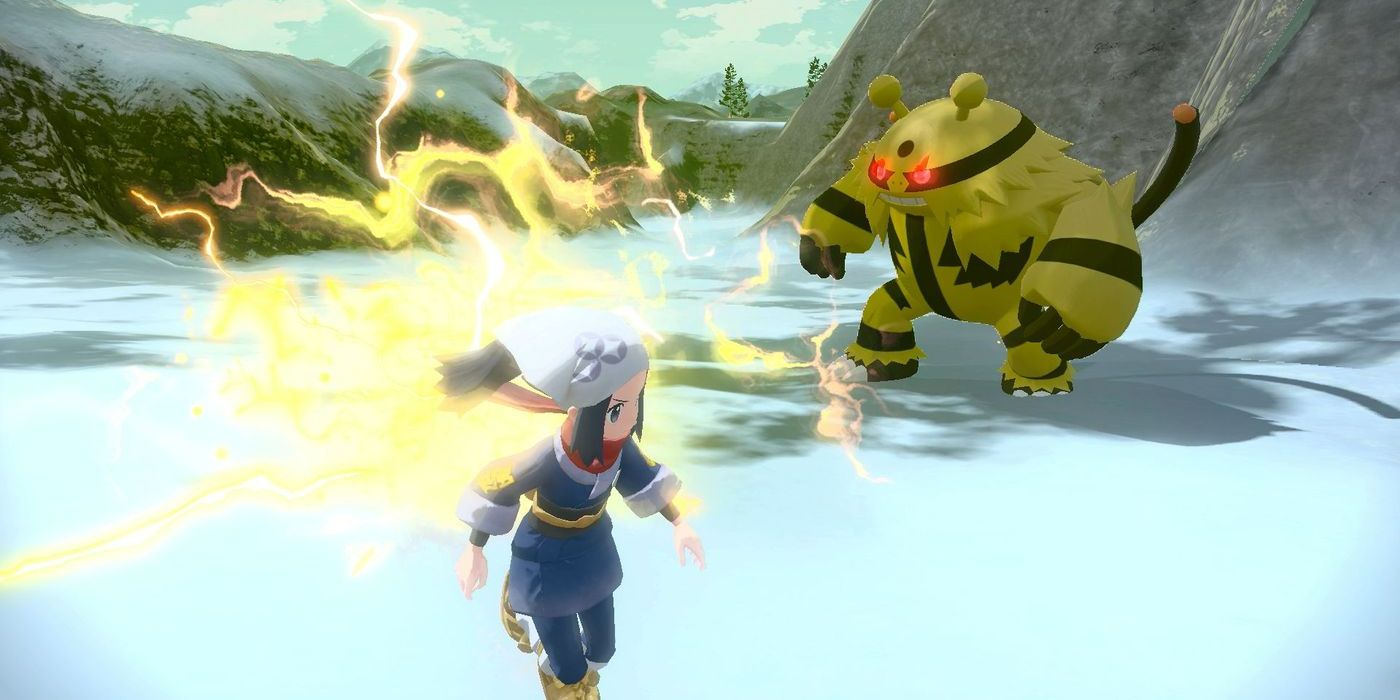 There are many different status effects in Pokemon Legends: Arceus, but the non-damaging ones are the best for catching Pokemon. Pokemon that are frozen, asleep, or paralyzed will not take any damage, so look for moves that could inflict these status conditions as soon as possible.

Catching Pokemon is about much more than having Poke Balls. You need the right strategy when forced into battle. Combining an attack like False Swipe with one of these non-damaging status effects is a surefire way to get a successful catch.

5 Rest To Change The Time 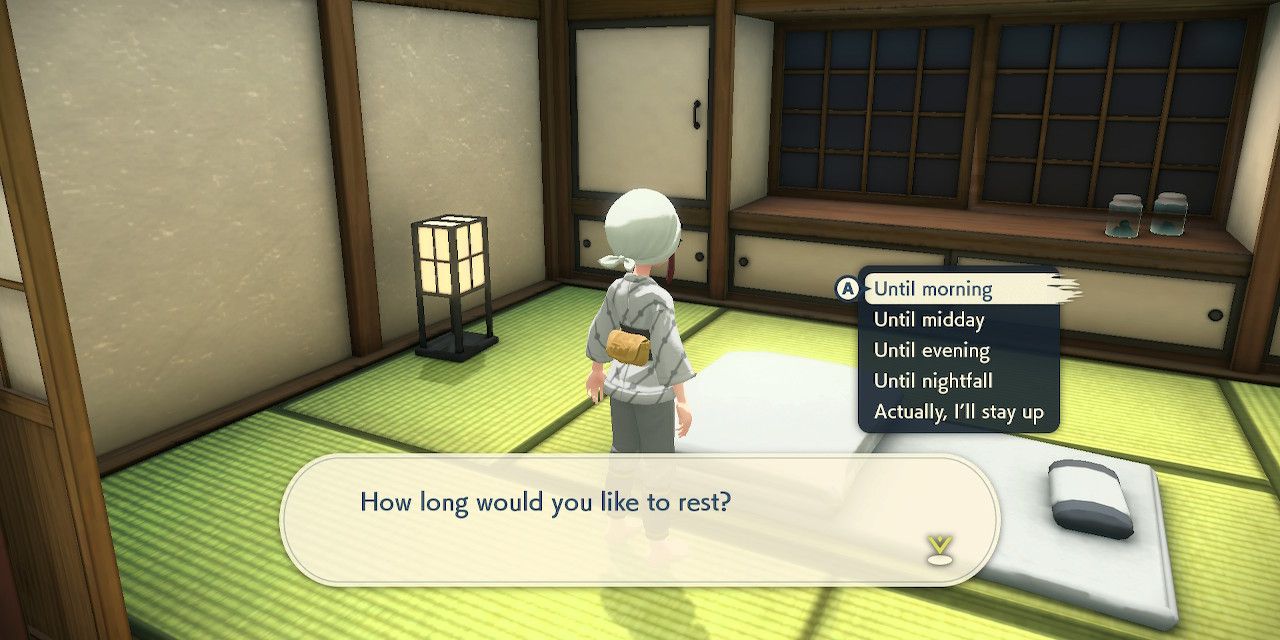 Certain Pokemon only appear at certain times of the day, but you don’t need to patiently wait until day turns to night or vice versa. There are multiple places you could rest to make sure it’s the right time of day for your Pokemon hunt.

You could sleep in your bed in Jubilife Village or sleep in one of the tents at the different campsites around Hisui. Typically, you’ll find friendlier Pokemon during the day and more aggressive Pokemon at night, so make sure you’re prepared when going out in the dark.

4 Hop On Your Mount To Travel Quicker 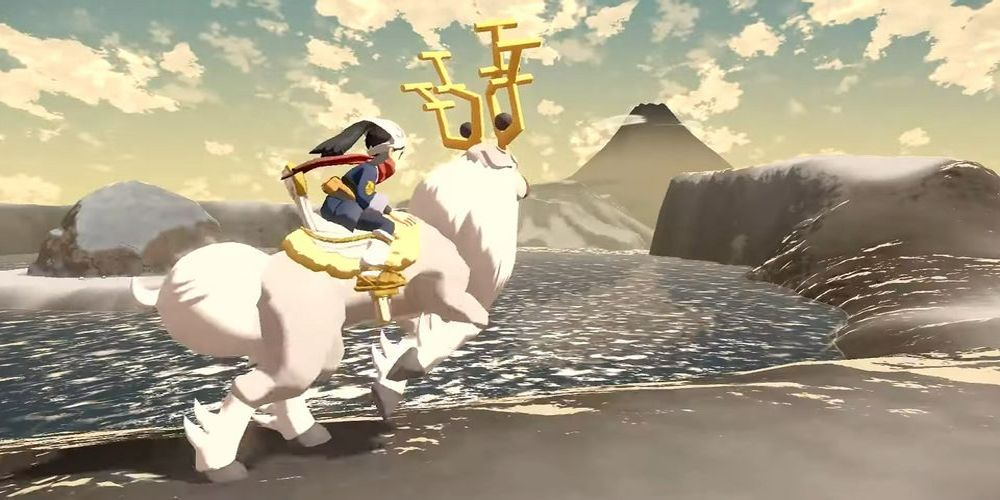 Early on in your adventures, you’ll get a mount that will allow you to travel through the lands much quicker than before. Considering how big the regions in Hisui are, it’s absolutely necessary to have a mount to move around faster. It also means you’ll be able to get to the locations of rare Pokemon faster and complete your Pokedex more efficiently.

Interestingly enough, you can actually get your own Wyrdeer in Pokemon Legends: Arceus. You can catch a Stantler early on in the Obsidian Fieldlands and evolve it by using the agile style of the move Psyshield Bash 20 times. 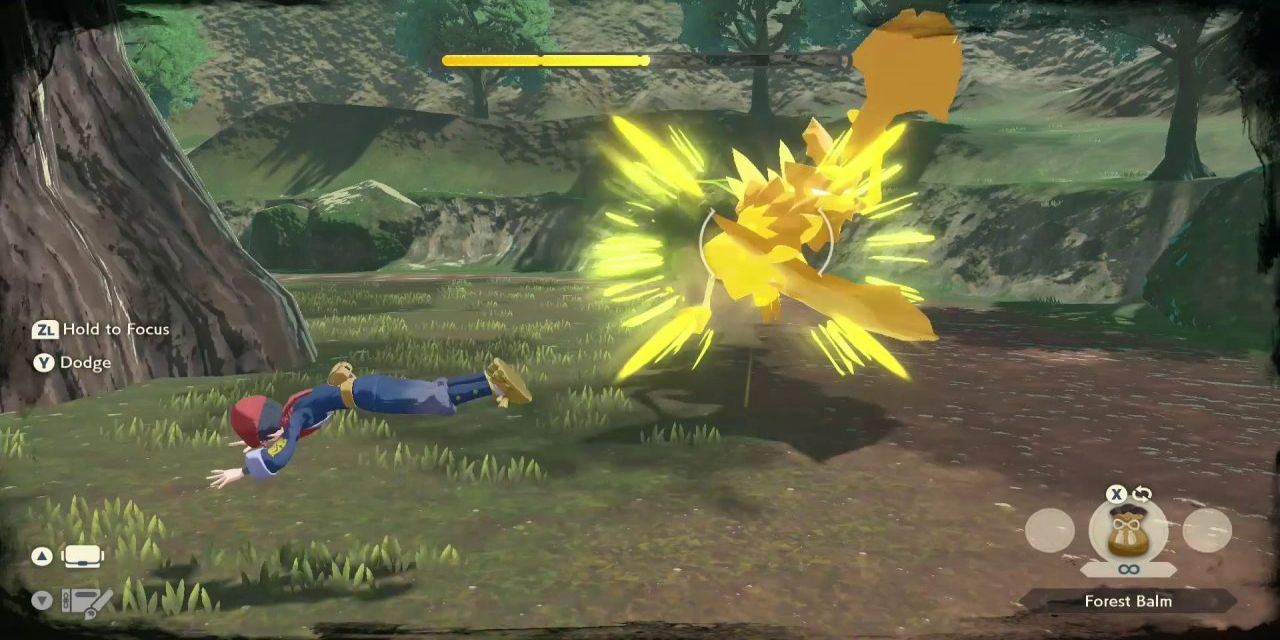 If you’re caught holding a Poke Ball with ZR, but don’t want to actually throw it, there are a few ways to cancel your Poke Ball throw. The most effective way is by pressing B while still holding ZR. Doing so will allow your character to pocket the item they were going to throw.

If that’s a little too boring for you and you want to cancel your Poke Ball throws with flair, you can press the Y button to dodge, which will stop the throw from happening. It might alert some Pokemon to your location, so maybe it’s best to stick with the B button. After all, you don't want to waste your Poke Balls as that will just take you even longer to complete your Pokedex. 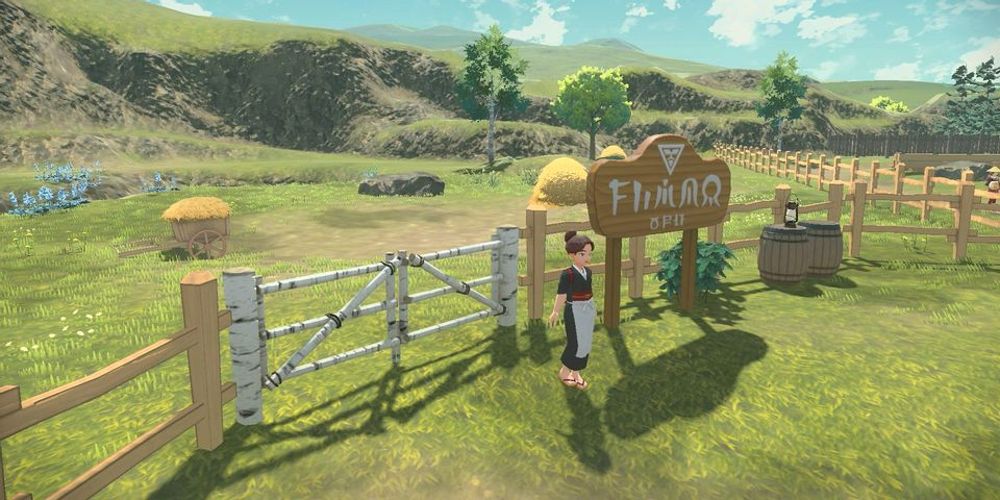 You may be worried about filling up your pastures while you catch the same Pokemon 50 times, but don’t be. After you fill up three pastures, you’ll be able to mass release Pokemon and make it very easy to clear things up and keep the ones you want.

With this in mind, just start catching everything in sight. There are absolutely no repercussions for catching Pokemon, so you might as well go for it. The only downside is that you’ll run out of Poke Balls quickly, but they’re very easy to craft. There really are no downsides. 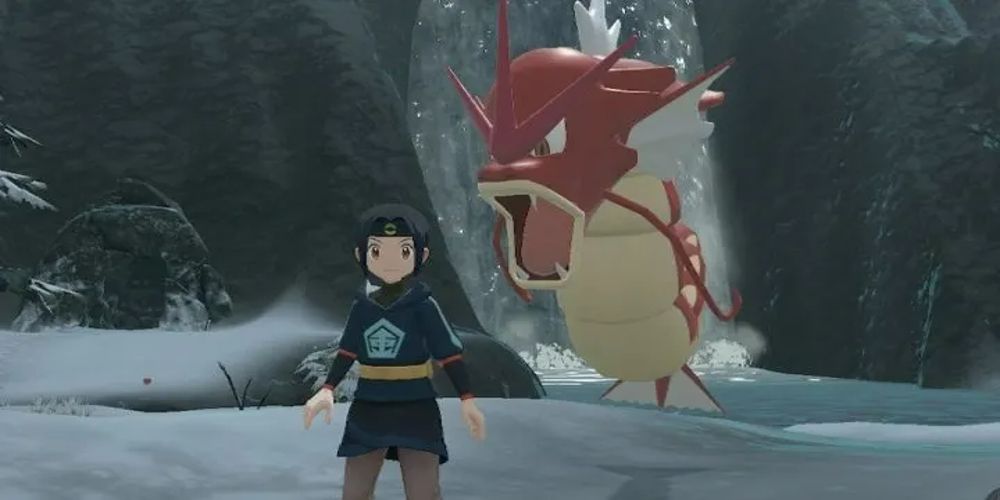 There are rewards for completing your Pokedex entries, especially when it comes to shinies. If you’re shiny hunting and the Pokemon has a completed level ten Pokedex entry, then the chance of finding a shiny variant of it doubles.

If you want a classic red Gyarados like the one in Pokemon Gold and Silver, then you’ll have to complete its Pokedex entry for a better shot at it. Of course, you could still encounter a shiny Pokemon without having its Pokedex entry completed, but the chances are significantly lower.