Every Pokemon journey has a beginning, and the Pokemon you catch early on can play crucial roles in your adventure from beginning to end. Scarlet & Violet have plenty of Pokemon you can catch as you start your game, and given the new open-world format, the possibilities are higher than they’ve ever been.

The Paldean region has given us plenty of great new Pokemon to catch, and here are some of the best you can realistically get before you make major progress on your treasure hunt. 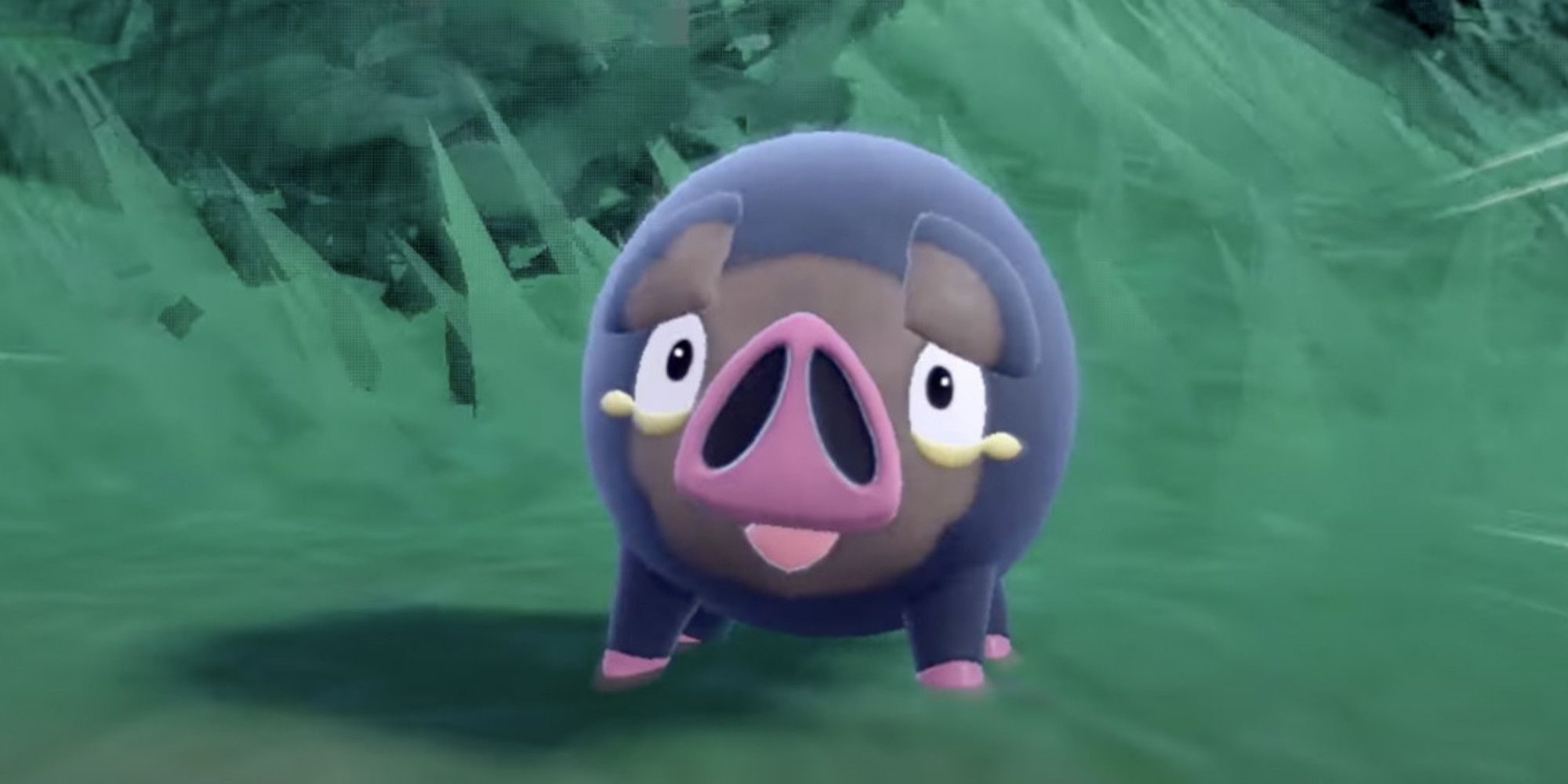 Many trainers write off the Route One Normal-types, but Lechonk is not one to sleep on. Lechonk learns some solid moves, like Disarming Voice and Covet, at early levels, and fully evolves at level 18, meaning they get a great base stat boost very early in the game.

Its stats aren’t anything to scoff at either, boasting a solid Attack and Special Defense. Alongside learning great moves utility moves like Yawn, this is a Pokemon who is more than meets the eye. Lastly, it's a pig named Lechonk — it's impossible not to love. 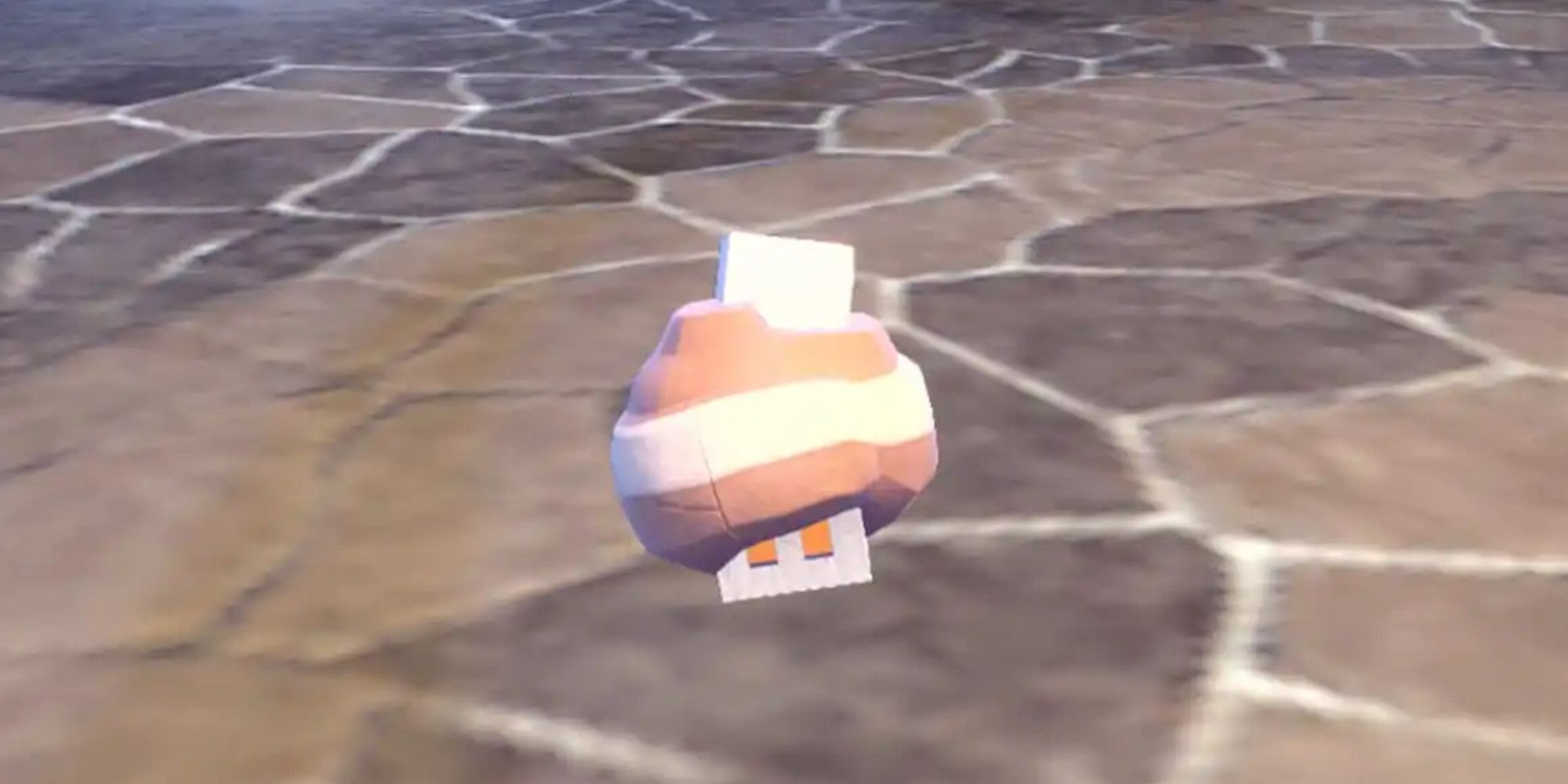 Rock Pokemon are typically pretty tough, and Nacli is no exception. With a base Defense of 75 in its earliest evolution stage, Nacli is one of your best bets if you’re looking for a Pokemon to tank hits early in the game. Its move pool is quite impressive too, learning moves like Smack Down and Headbutt early, while getting powerhouse moves like Stone Edge and Earthquake much later.

While they may take some time to reach their final evolution, they are more than capable of holding their own until then. 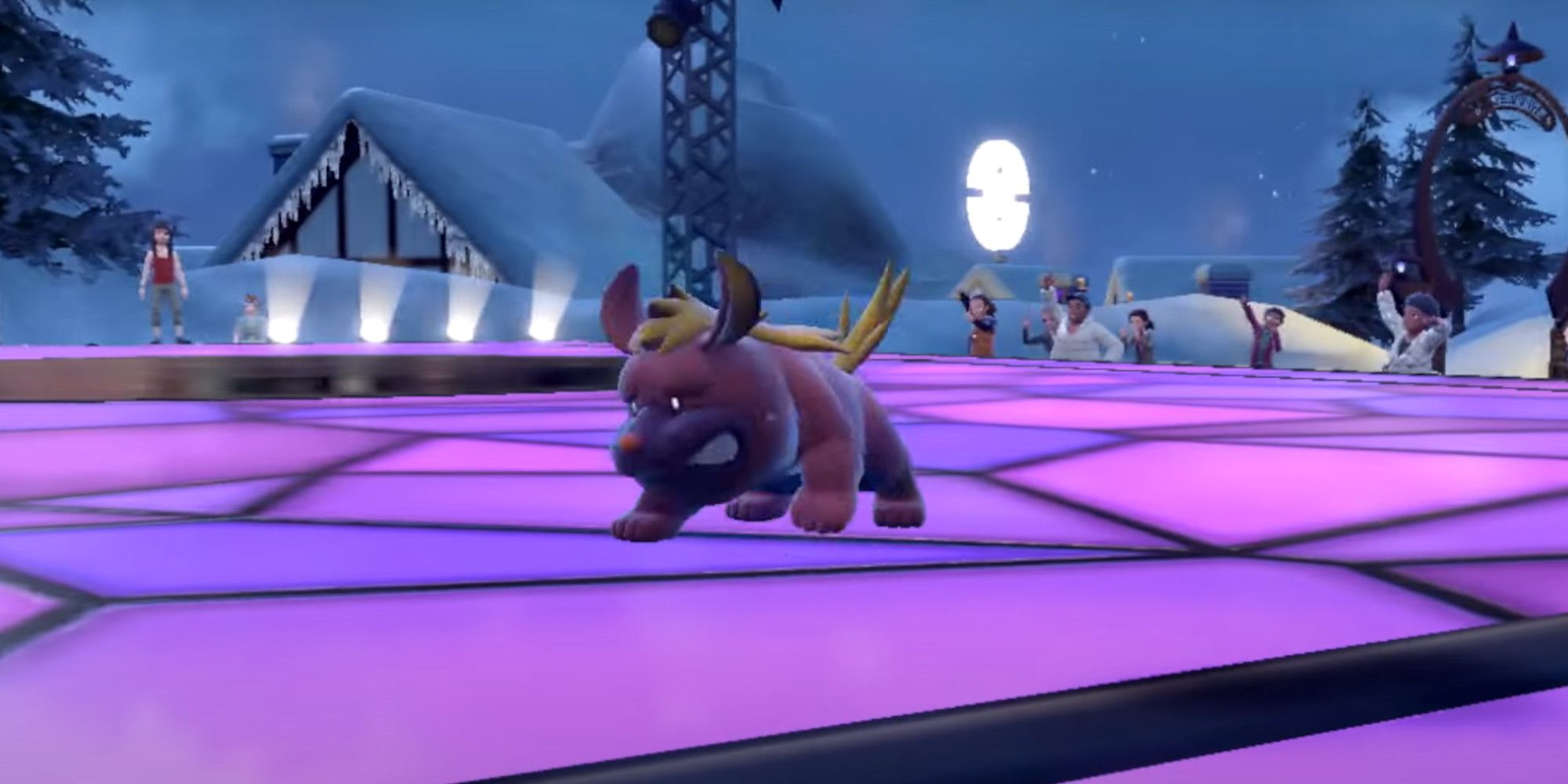 If you’re working your way through the Path of Legends storyline, you’re certainly familiar with Arven’s Mabosstiff, and if you’ve grown fond of the Pokemon, you can catch one for yourself quite early through Maschiff.

Maschiff learns a lot of great moves early on, like Bite and Hone Claws. It gets even better as it levels up with moves like Crunch, Payback, and even Outrage. With great Attack and Defense, this dog is one you won’t want to pass up. 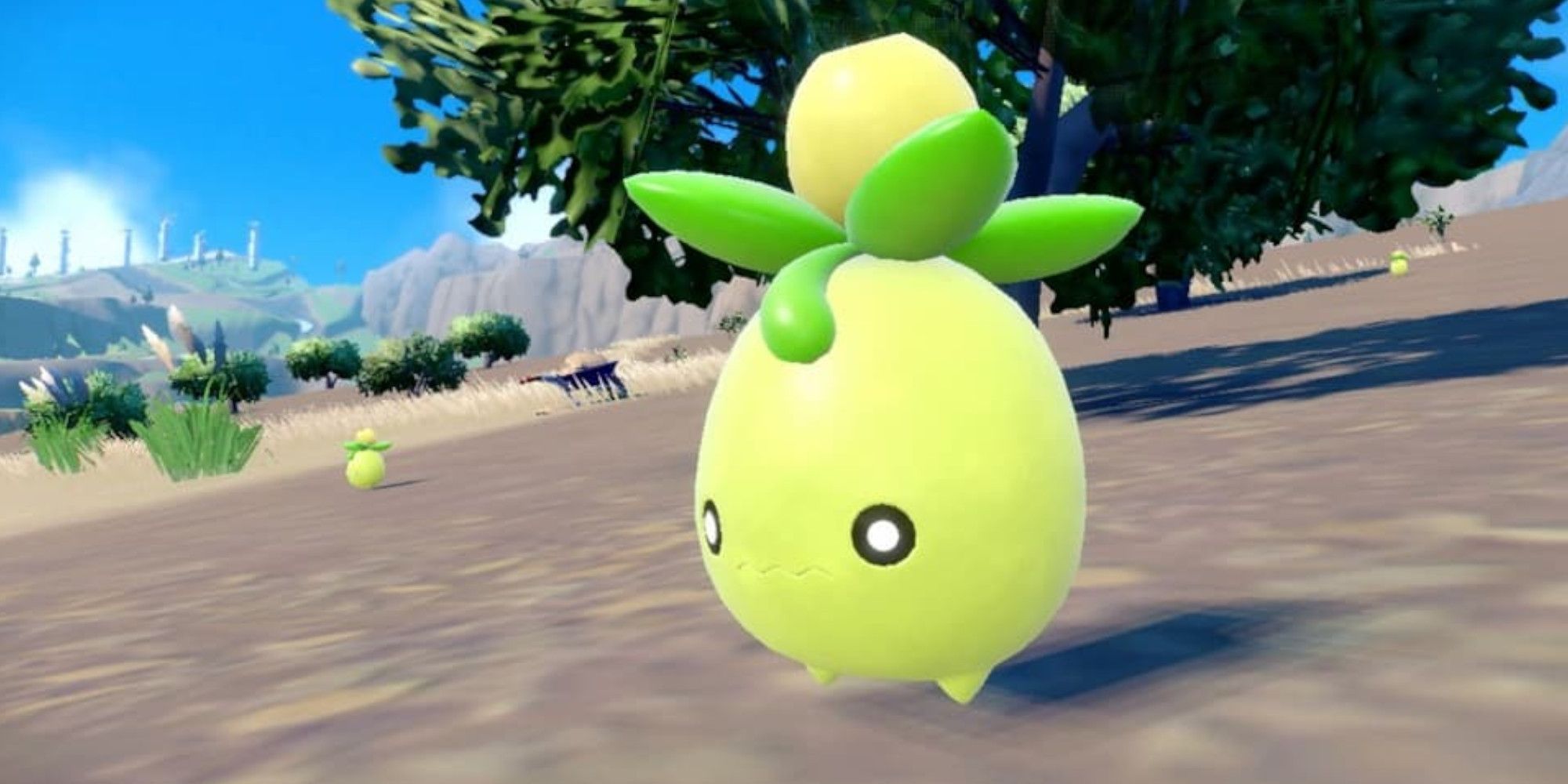 Grass is one of the most versatile types in all of Pokemon, with plenty of resistances. If you want a reliable grass Pokemon, Smoliv is a great one to look for. Smoliv learns many of the best Special-attacking Grass moves, like Leech Seed and Energy Ball, and boasts high Defense, Special Attack, and Special Defense stats.

While it may be tiny, it blossoms into a great Pokemon later down the line, and is one that can fit well on many teams. 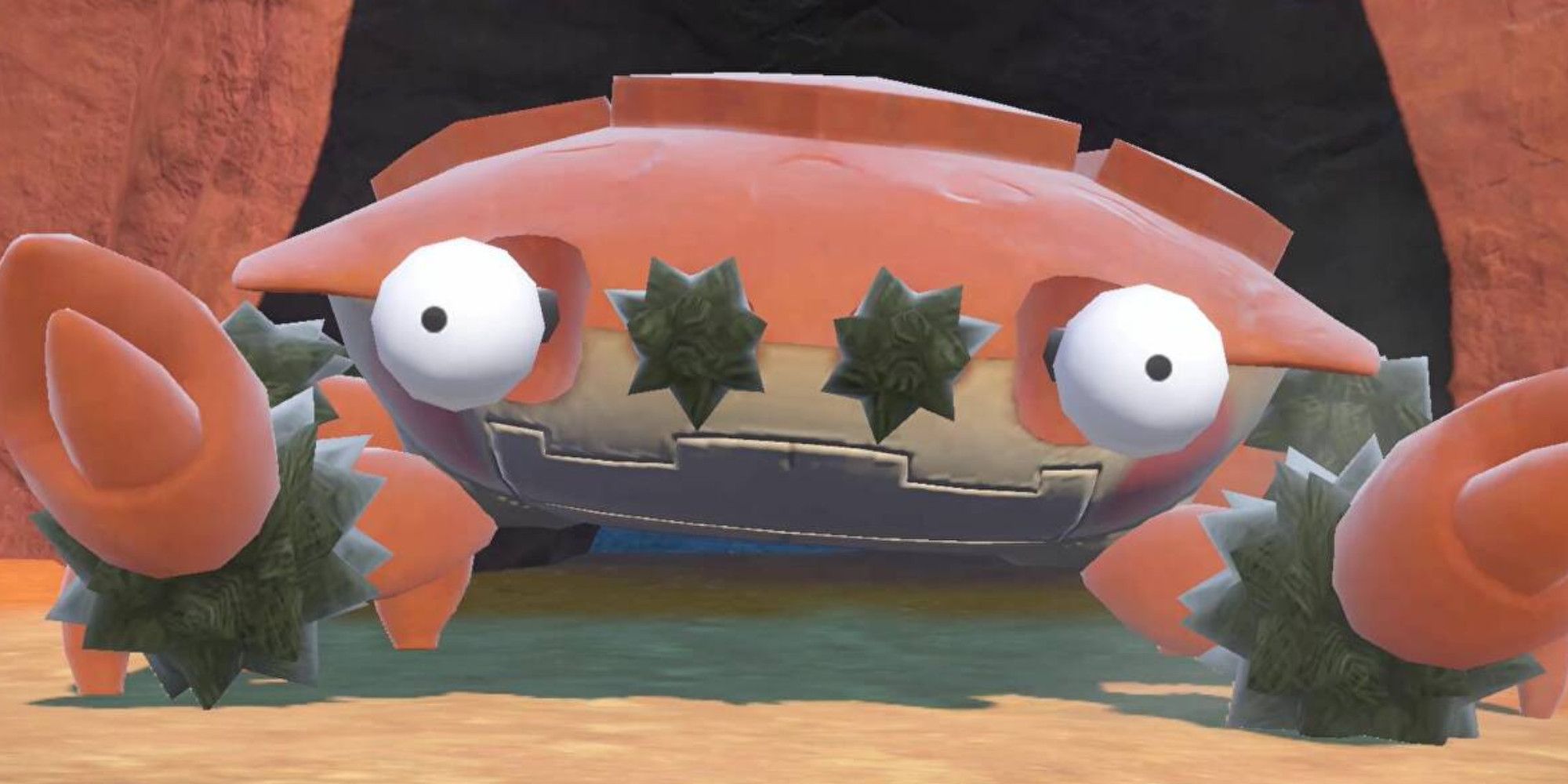 Single-evolution Pokemon can be great picks early on, and Klawf is proof of that. The first Pokemon you encounter in the Path of Legends quest is a worthy addition to any team.

Featuring great Attack and Defense stats, this crab can take hits just as hard as it can dish them. With a move pool featuring strong moves like Rock Blast and X-Scissor, as well as utility moves like Protect and Swords Dance, this Pokemon will serve you well from the moment you catch it all the way to the end of your journey. 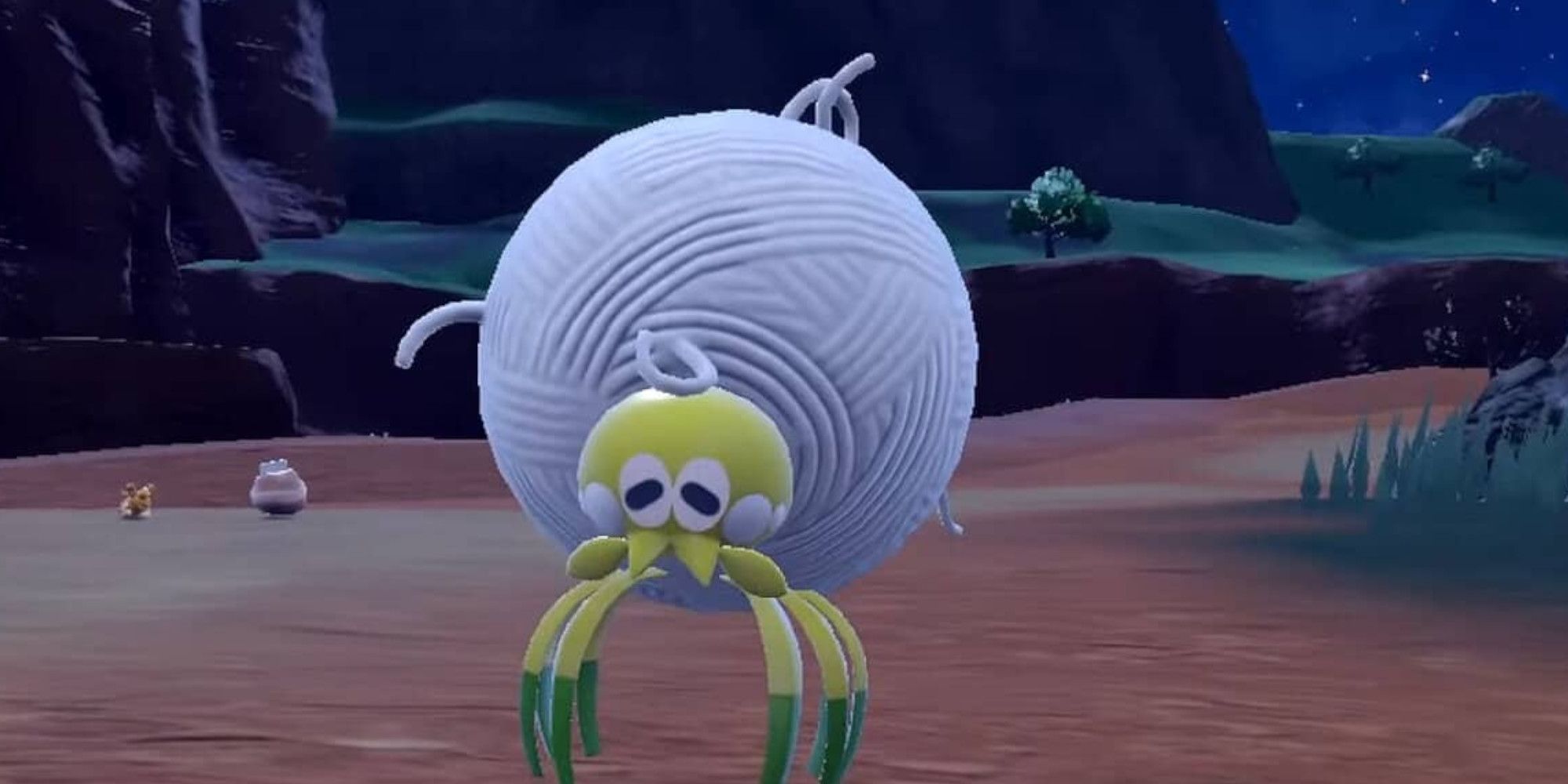 It's not often you see a bulky Bug-type Pokemon, but Tarontula is here to deliver on that front. Featuring great Defensive and Special Defensive stats, as well as a respectable Attack stat, Tarontula flips the script on what it means to be a Bug Pokemon, and evolving at the early level of 15 means you’ll be able to take advantage of these great stats very early.

Tarantula learns many moves that take advantage of its tanky nature, such as Block and Counter, as well as some great attacking moves like Throat Chop and Skitter Smack. One of the most unconventional Bug Pokemon yet seen is certainly worth a spot on your team. 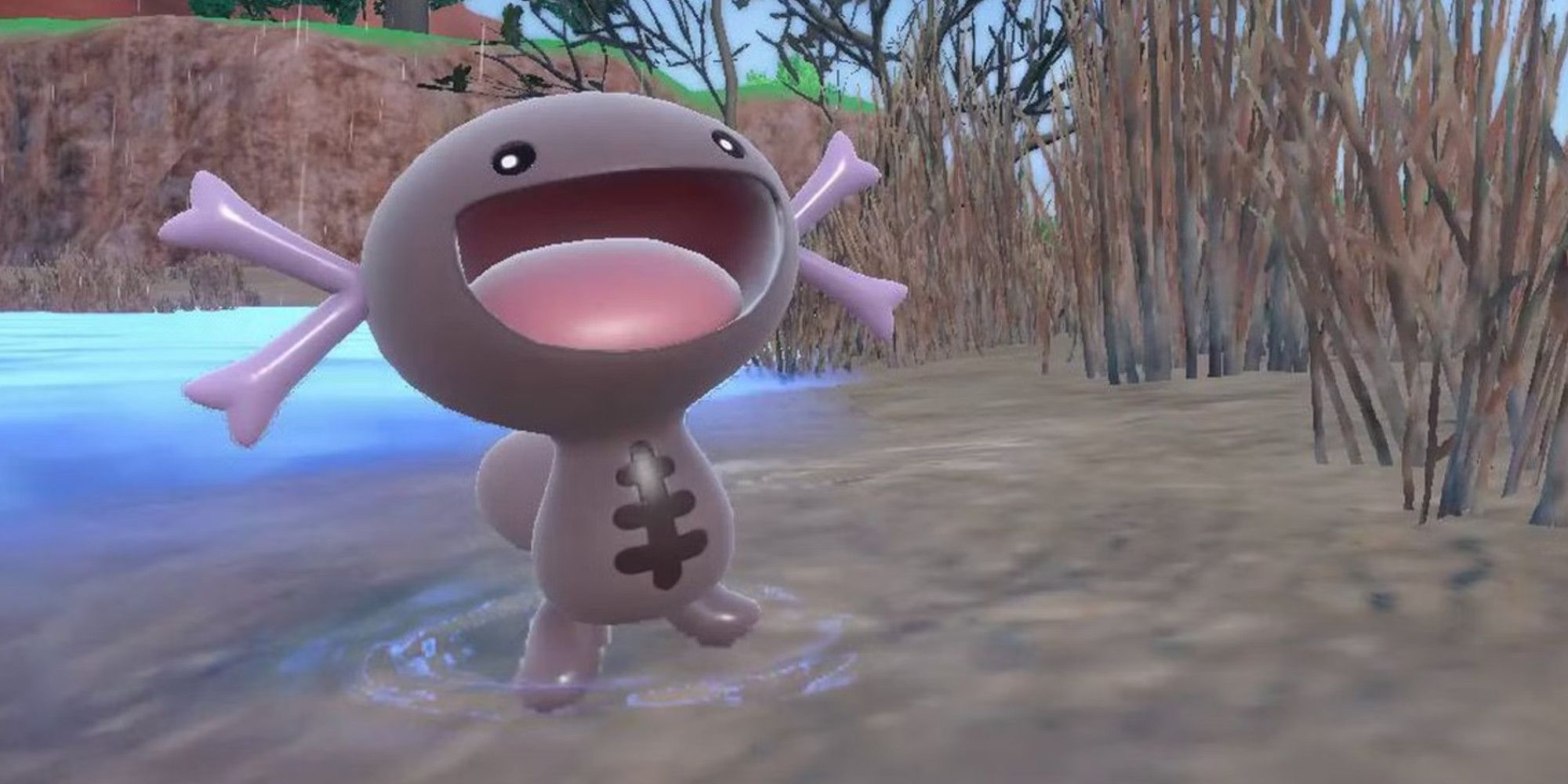 Wooper is no new Pokemon, but its new form gives it a fun new identity. Wooper is best known for its incredible Defensive stat, and Paldean Wooper carries on the tradition. Combined with great utility moves like Yawn and Toxic Spikes, you have a fantastic Poison tank to add to your team.

Upon evolving, you may be shocked to see that they won’t evolve into Quagsire, but rather a similarly goofy Pokemon, Clodsire. It features many of the same strengths as Quagsire, but with an all-new typing. If you love Quagsire, you’re sure to love Clodsire just as much. 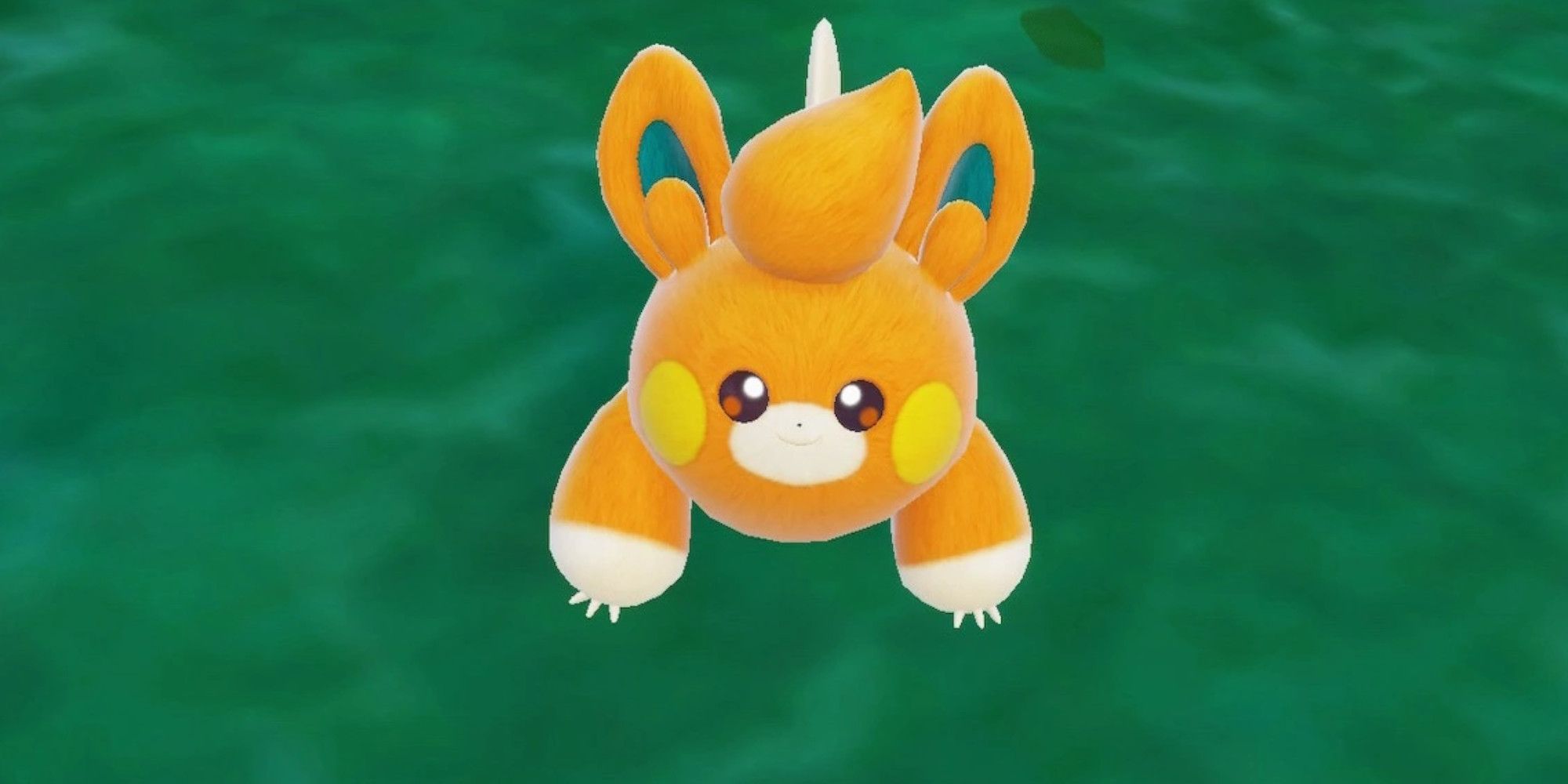 The newest Electric mouse Pokemon is one that does not disappoint. Pawmi is a very early encounter that can be of great use all throughout the game. It learns Nuzzle very early, a damaging electric move that always the other Pokemon paralyzed, so if want to gain an early advantage, or paralyze a troubling Pokemon, Pawmi has you covered.

Pawmi can also reach its final evolution very early, reaching its final stage if you take 1,000 steps with Pawmo out, as early as level 18. Pawmi and its evolutions are fast physical attackers, so if you want an Electric-type that can outspeed the competition, look no further. 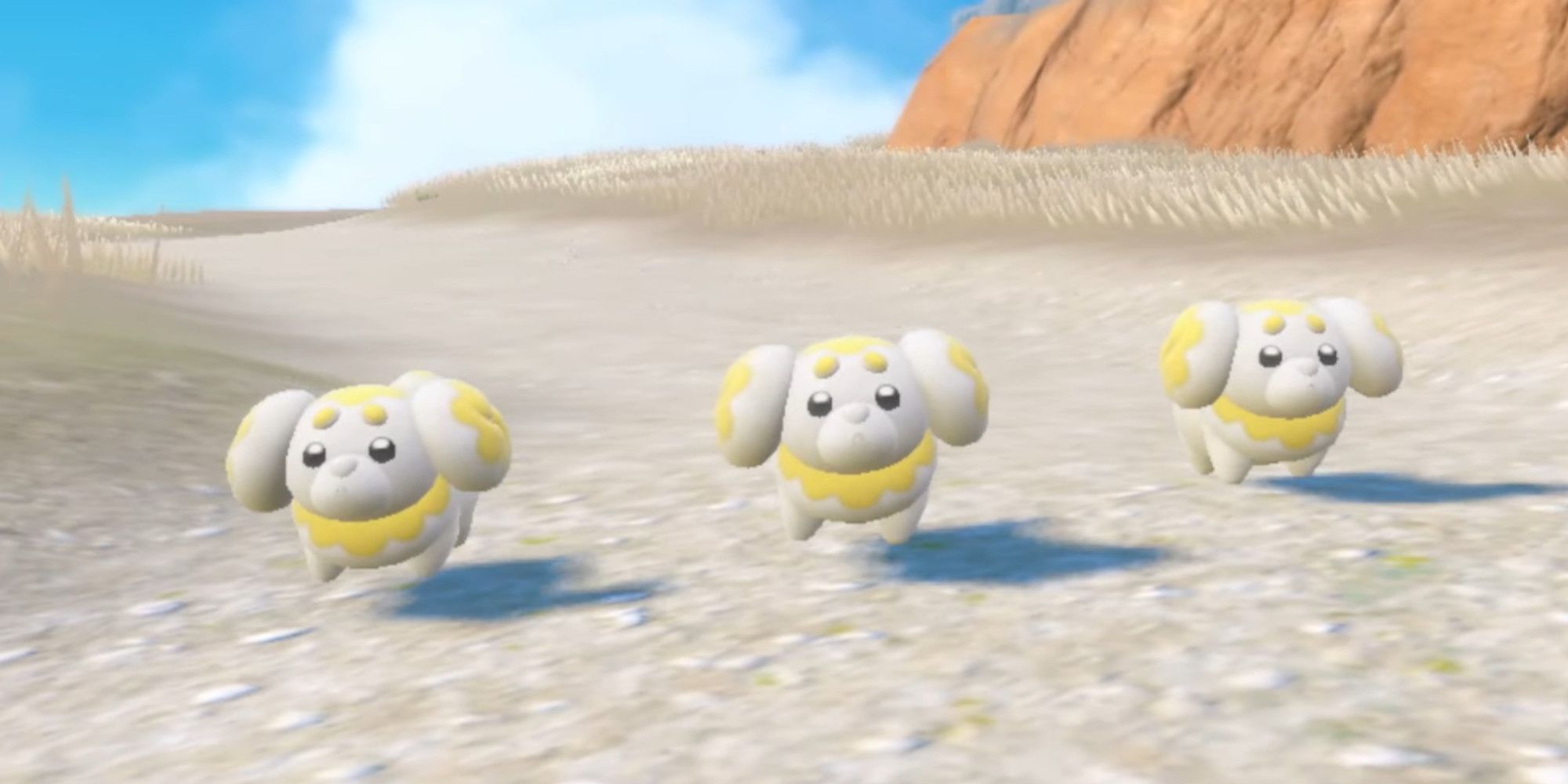 There are many adorable puppy Pokemon you will encounter in Scarlet & Violet, and Fidough makes for one of the best. The Fairy-type is one of the strongest types in all of Pokemon, and Fidough represents it well. Its best stat comes in the form of its Defense, though its Speed and Attack are solid as well.

When it evolves it also gains the Well-Baked Body ability, gaining a Fire immunity that boosts its Defense even further. If you need any more convincing on why Fidough is incredible, it learns Play Rough at level 18, before it even evolves. If you love puppies and strong Pokemon as much as we do, you owe it to yourself to catch this sweet Pokemon. 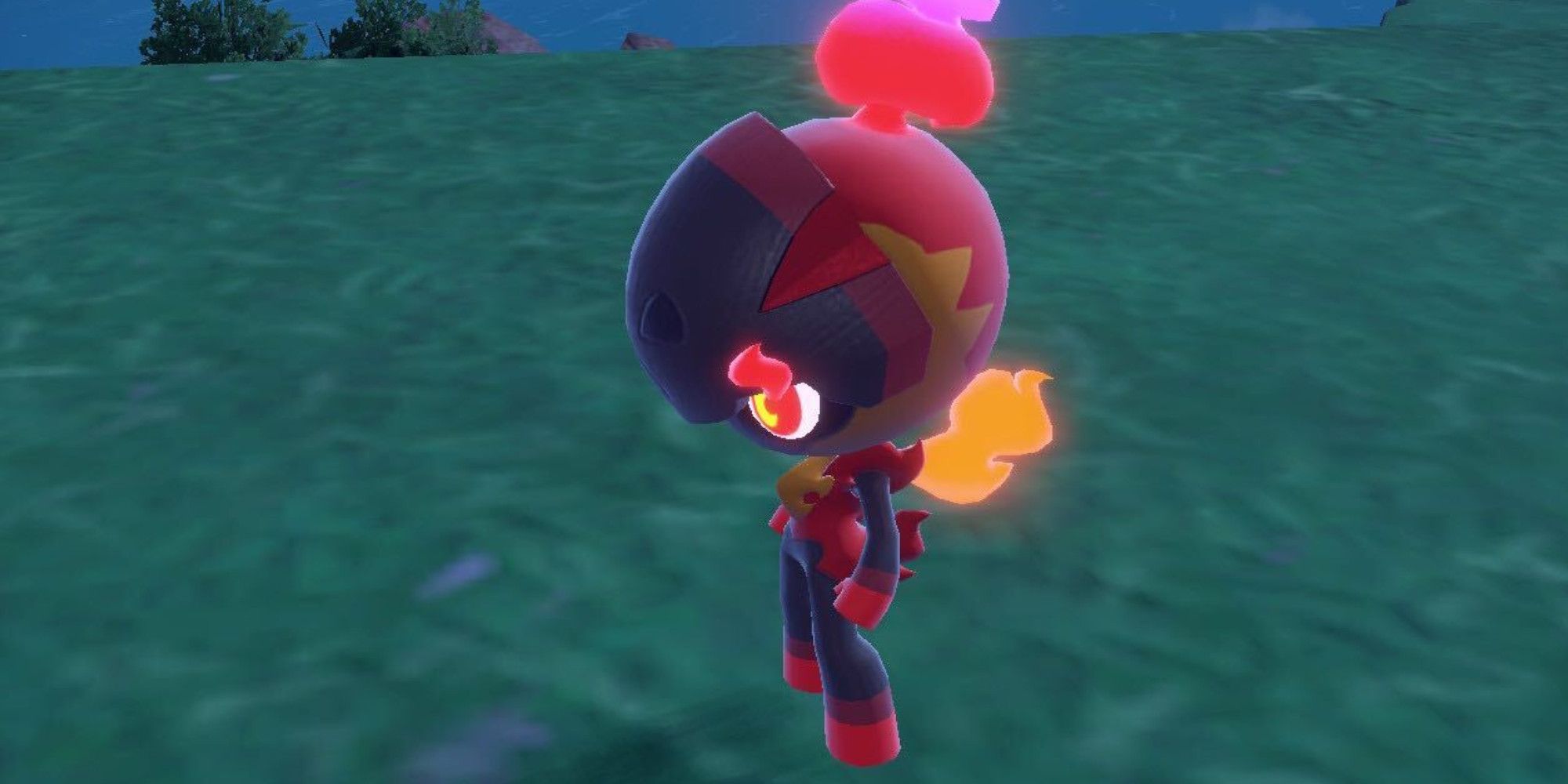 One of the best Pokemon you can catch in the whole game also happens to be a potential early encounter. Charcadet is a very powerful Fire-type with the potential to evolve into one of two menacing Pokemon. Featuring great stats across the board and plenty of fantastic moves, it's one of the best investments you can make early on.

There are, however, a few downsides. The first is that Charcadet is somewhat rare, and you may need a specific picnicking recipe to summon them. The second is that the item you need to evolve it doesn't come into play until quite late. Even so, if you’re willing to put in the work, this is a Pokemon that will reward you for going out of your way to obtain it.