Charcadet has got to be one of Pokemon Scarlet & Violet's standout new critters. This fiery little fellow has the sort of spunk-meets-style that defines many past greats. By extension, Charcadet's evolutions, Armarouge and Ceruledge, are either just as warmly received or even more so. (That pun was not planned.)

Related: Pokemon Scarlet & Violet: How To Get DudunsparceHow does one go about evolving Charcadet into either of its flashy evolutionary forms? Continuing Game Freak's tradition of tossing in several unique evolution requirements per generation, our burnt-charcoal bud tasks players with taking some strange steps toward success. Check it out.

Armarouge and Ceruledge are version-specific exclusives, meaning you can only evolve Charcadet into the former in Scarlet, and the latter in Violet. As with all of Pokemon's version-locked species, the solution here is to trade (either locally or online) for the one you can't get. That or you buy both games, of course.

Where To Find Charcadet In Pokemon Scarlet & Violet 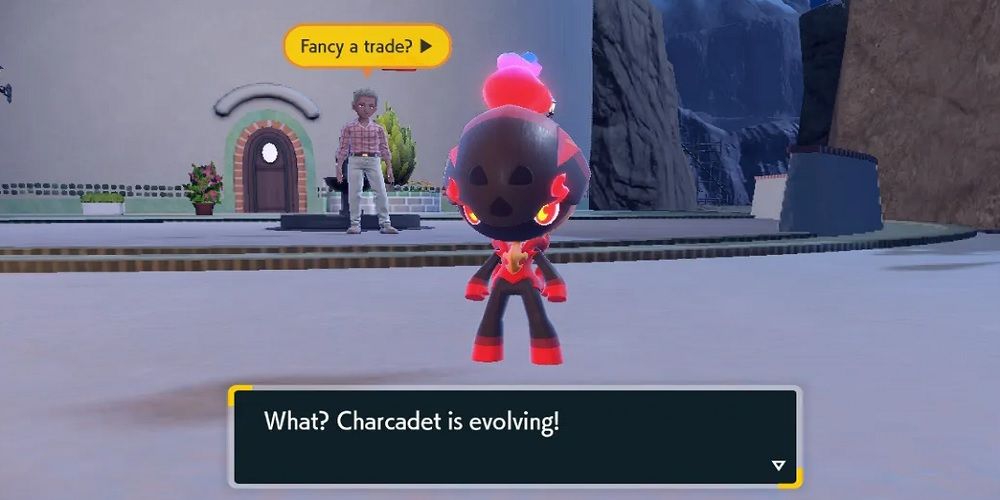 With apologies to anyone who's already got themselves a Charcadet and just wants to evolve them ASAP, feel free to skip ahead — this will probably help at least a few readers, though. You can find Charcadet in myriad locations throughout Paldea. On the flip side, it's pretty rare wherever you go.

Per player map-sleuthing, we can confirm that Charcadet shows up in the following areas:

In addition to the above, Charcadet is also a candidate for Tera Raid appearances. Essentially, the combination of a significantly wide habitat and a considerably uncommon spawn rate means you'll surely bump into one eventually, but you may need to go out of your way to happen upon more than a handful throughout the game. Catch one when you can!

We've found two Charcadets at South Province (Area Three), which is at least one more than any other zone. Whether this means they're more frequent here, we cannot say, but it's worth giving a shot if you're stumped. 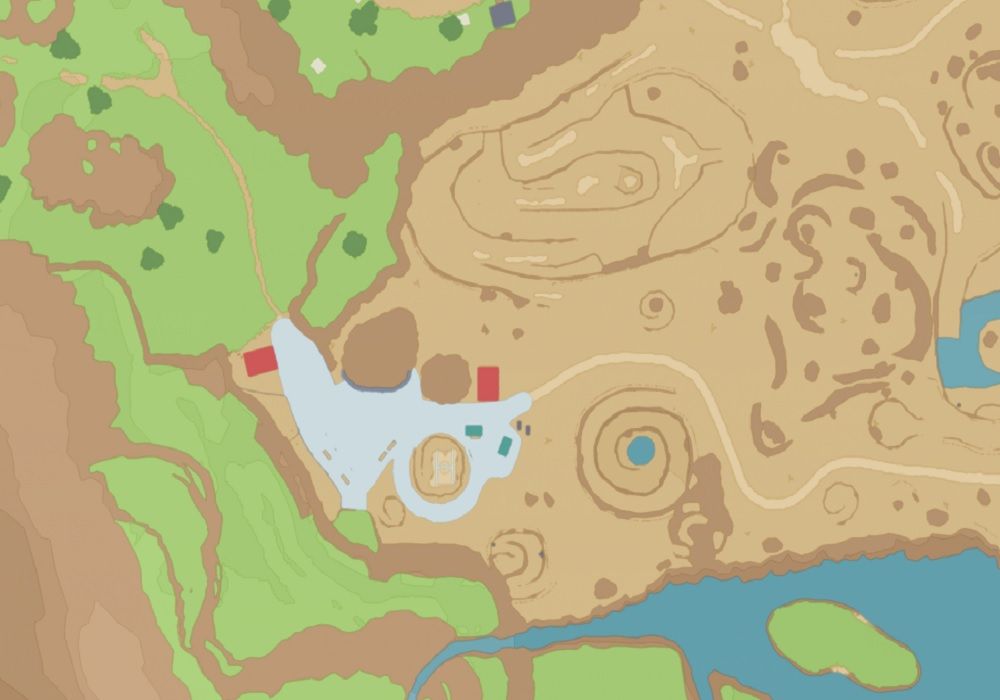 A certain someone in Zapapico Town has a hankering for either ten Bronzor Fragments or an equal number of Sinistea Chips. In Pokemon Scarlet, it's a middle-aged gentleman; in Pokemon Violet it's a lady of roughly as many years. Regardless, they'll be standing in front of a small fountain with an orange text bubble over their head.

In Pokemon Scarlet, the Bronzor Fragments will be handed over for Auspicious Armor. In Pokemon Violet, the Sinistea Chips will nab you Malicious Armor.

Now, where to find Bronzor Fragments or Sinistea Chips? It differs by version, though neither's especially difficult. 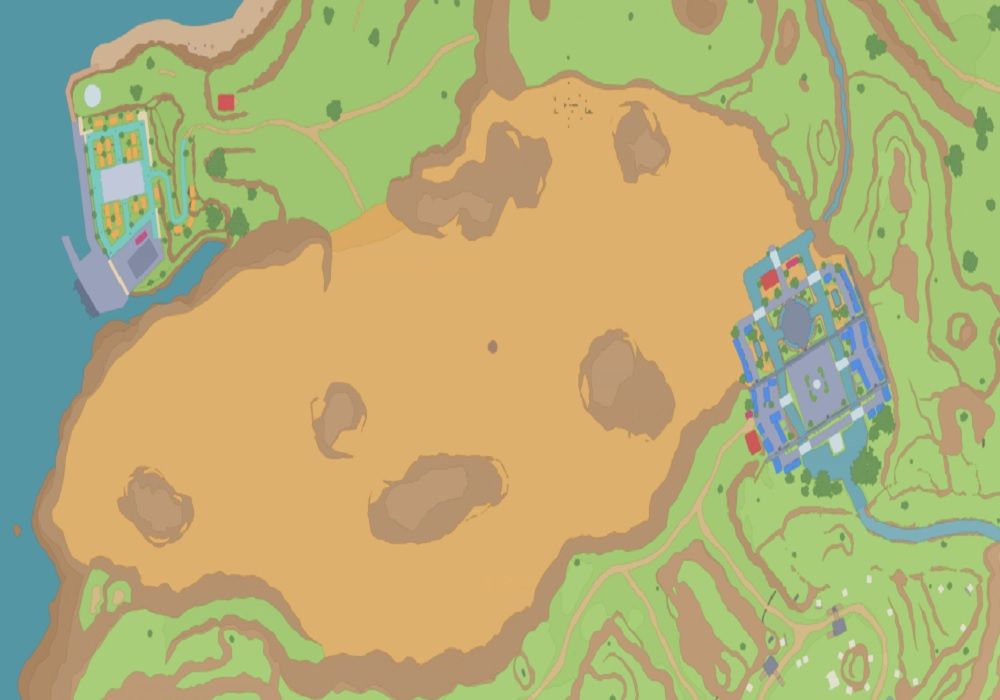 In Scarlet, you need to venture to Asado Desert, particularly the northern reaches. The desert's pretty obvious on your Paldea map, but just in case you're lost, it's next to Cascaraffa Town and south of Porto Marinado.

You can't miss the ruins here; they're both sizable and plentiful. Here, you'll need to farm up to ten Bronzors — they'll often drop just one Bronzor Fragment, though at times you'll get lucky, and they'll give you two instead. 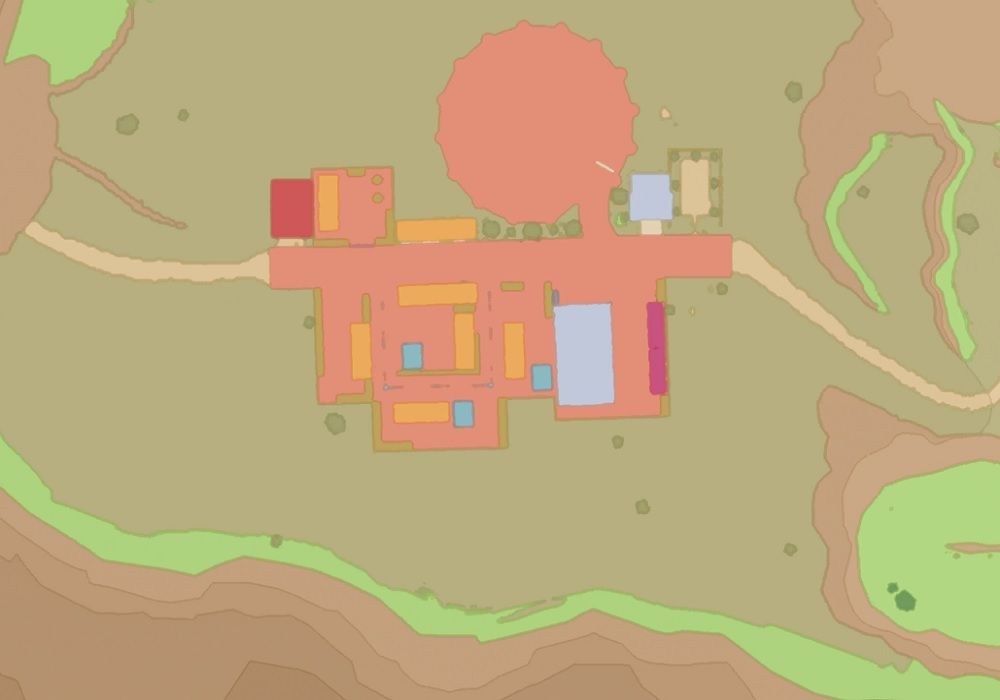 For Violet, journey south of Alfornada Town. With Bronzor, there are probably other spots to find them other than the one we've listed, but we know those ruins are a good bet; with Sinistea, we're certain they can be found elsewhere, but here below Alfornada, they're at an appreciably modest level, meaning you can just send your Pokemon out and let them do their thing.

It's possible to repeat the process of gathering Bronzor Fragments or Sinistea Chips in their respective versions. Presumably, this is Game Freak courteously allowing fans to give friends with opposite versions the item necessary for their Charcadet's otherwise-missing evolution.

With the proper number of either item in your inventory, fork them over to the NPC back in Zapapico for your key item. Don't have Charcadet hold the Armor; instead, use the Armor on Charcadet in the inventory menu. As soon as you've done so, you'll be the proud new owner of an Armarouge or Ceruledge. Congrats!