Pokemon Scarlet & Violet are finally here, introducing the new region of Paldea to newcomers and veterans alike. During your journey, you will befriend various classmates and battle powerful foes, while also solving some of the mysteries that this new region holds. Within the rarest pokemon you can encounter, the legendaries of Paldea are the most difficult to capture.

There are four particular legendary pokemon you can capture in this game, called the Treasures of Ruin. These come from a distant region and share a dark backstory, with one of the deadliest in this group being Chi-Yu, a Dark/Fire fish pokemon that can get you in trouble very quickly. Here's everything you need to know about it. 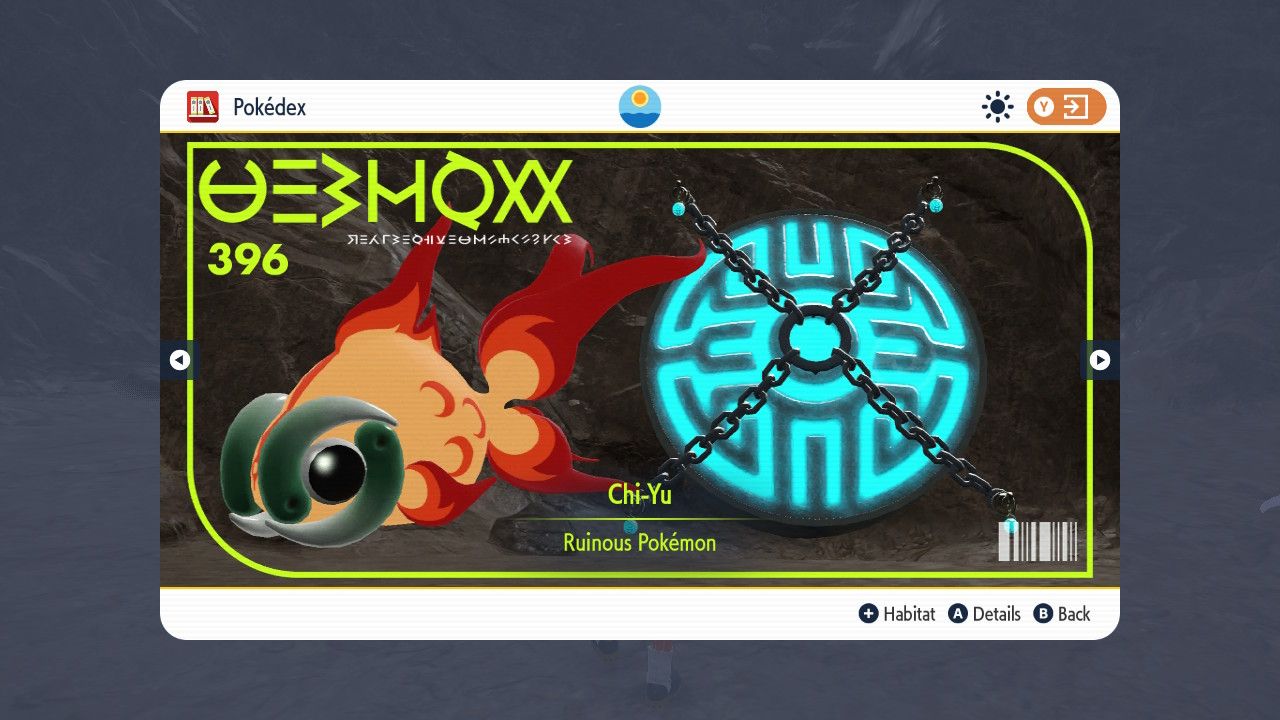 One of the four Treasures of Ruin, Chi-Yu holds the title of "Beads of Ruin", indicated by the beads beside its eyes. It's considered the incarnation of the envy accumulated within curved beads that sparked multiple conflicts in ancient times, now covered in powerful fire and taking the form of a legendary pokemon.

Chi-Yu, just like the other Treasures of Ruin, comes from a long-gone faraway kingdom, brought to Paldea with the intention of sealing its dark powers permanently. However, you can still unleash it and add it to your team if you desire. 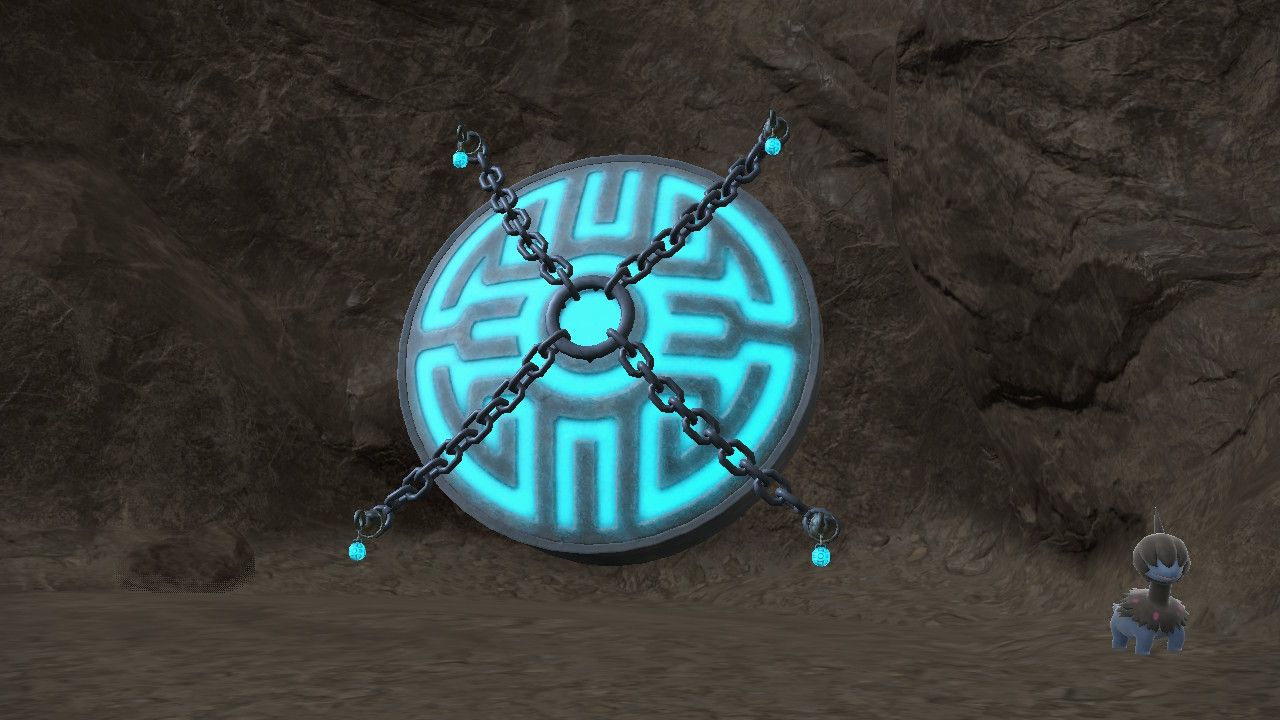 This legendary pokemon can be found behind a sealed gate located behind the top part of the Fury Falls, a cascade in the North Province (Area Two) zone. You can find it in the location displayed below: 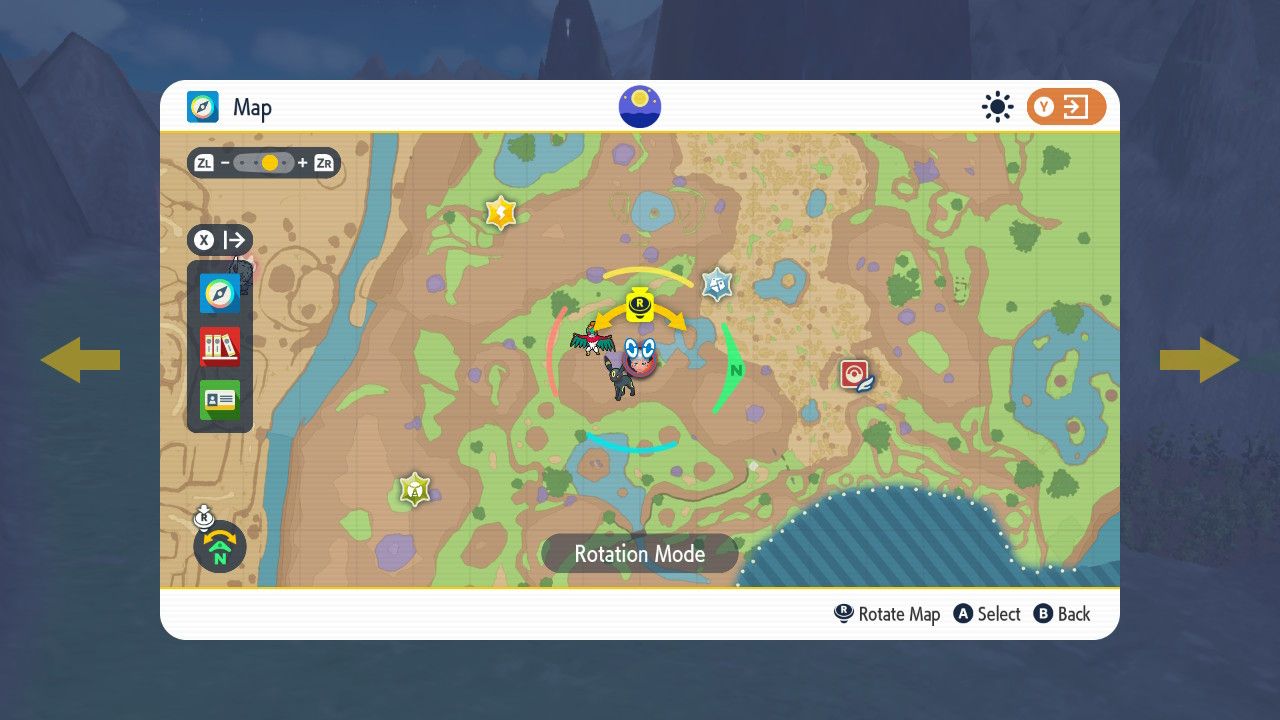 To get Chi-yu, you must liberate eight stakes that are scattered throughout various regions in the Paldea map. While they're usually easy to spot, some of them are more concealed, and here we'll tell you how to find them. 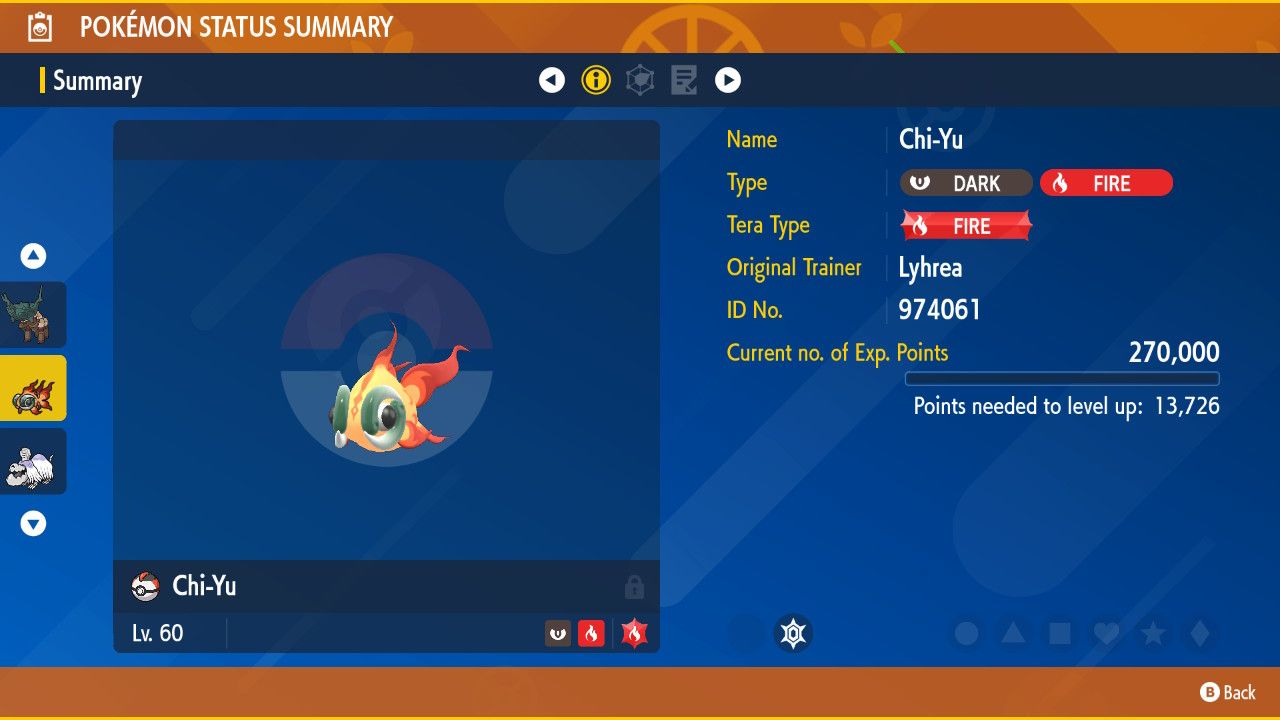 Once you have pulled all the stakes, you will hear a loud noise coming from the (formerly) sealed gate. A cutscene will play and Chi-Yu will challenge you to a battle, so don't forget to save before that. It will sport the ability "Beads of Ruin", which lowers the Sp. Def stats of your team, so be sure to bring Atk-focused pokemon against it, since its Defense it's way weaker. This legendary pokemon has also a Dark/Fire dual type, so the best options against him are Water, Fighting, Ground, and Rock attacks, since they will all hit it with double damage.