Following an accidental reveal earlier this week, the Pokemon TCG has finally formally unveiled that the first English-language release of the incoming new era, appropriately named Scarlet & Violet, will launch on March 31.

As the base set for the Scarlet & Violet generation, this release marks something of a refresh for the game. Gone are the likes of VMAX and VSTAR, and even the cards themselves will look very different when you crack booster packs next year.

Of course, as the set to kick off the Scarlet & Violet era, this release will introduce many of the Paldean Pokemon to the game for the first time. Announced through the official Pokemon site, we’ve only seen the starters – Sprigatito, Fuecoco, and Quaxly – and the two legendary cover stars, Koraidon and Miraidon. However, from those 'mons we can immediately see some of the biggest changes coming in this era. 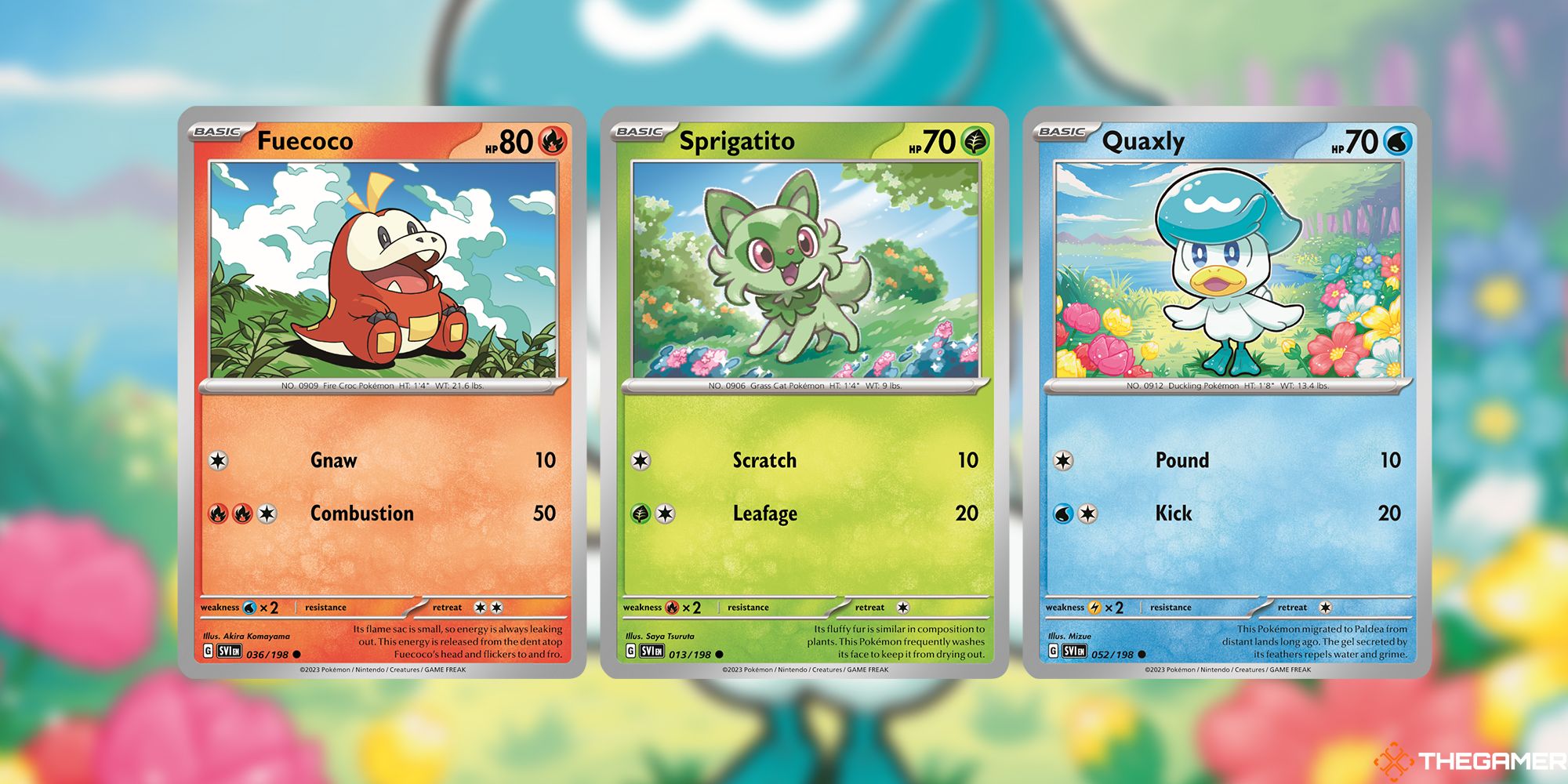 The first is the new card templating. For the first time ever in the English-language game, the yellow border has been replaced with a grey border like the Japanese version of the game has been using for years. Yellow borders have been a contentious point ever since the debut of a grey alternative, as many felt they were a relic of the old days of the TCG, before full-art cards became much more commonplace. They frequently clash with the art, and draw your eye away from the important bits of the card.

There are also some quality-of-life updates, mostly for improving readability when cards are in your hand. Energy cards will now have a name in the top left, and an icon on the bottom right that will show when stacked underneath a Pokemon. Meanwhile, Trainer cards will have their subtypes moved to the left to improve how they’re read when fanned out in your hand. 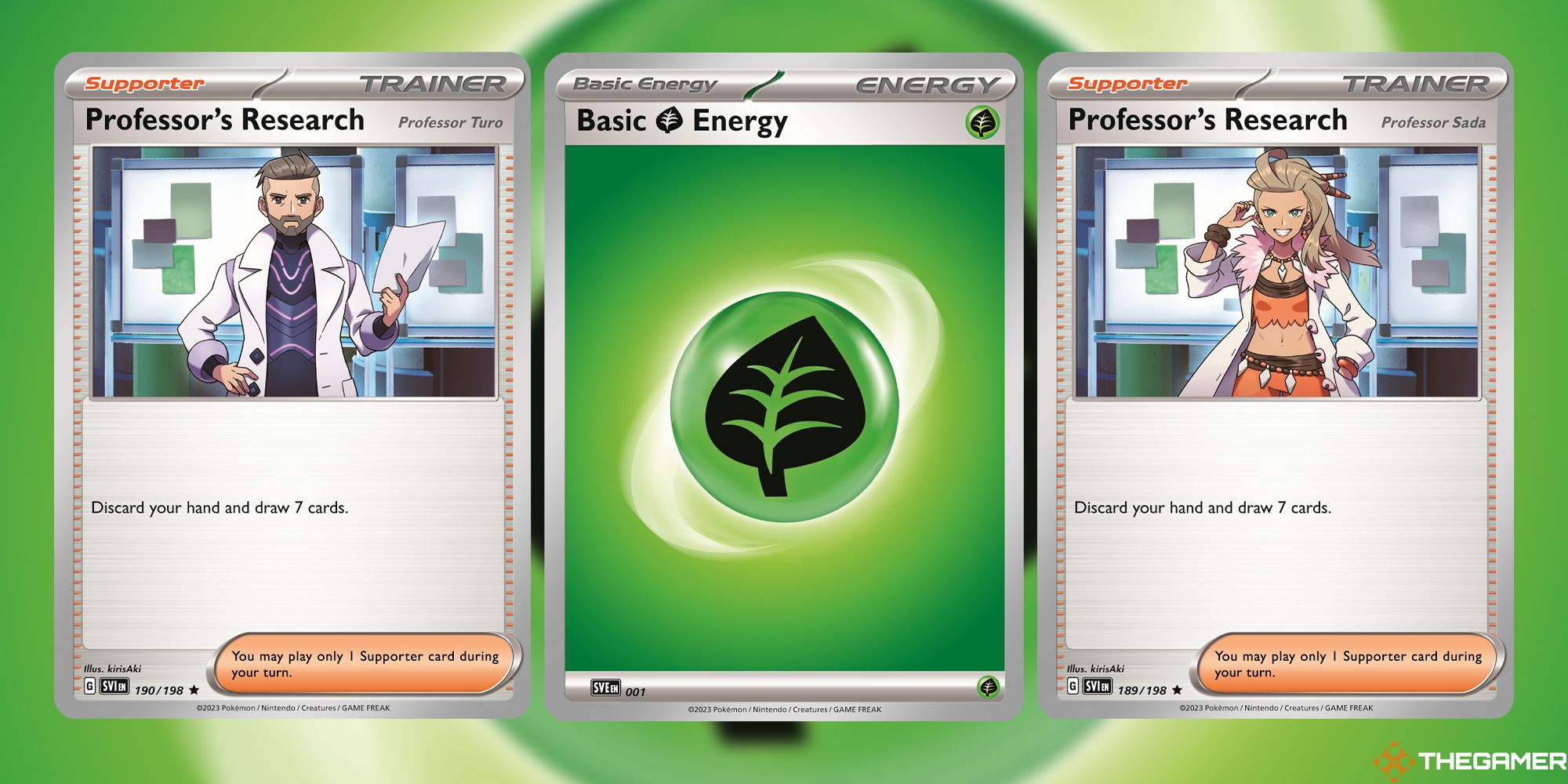 Although we had already seen Koraidon and Miraidon ex at the World Championships earlier this year, this reveal confirms their individual typing and HP. Miraidon is a 220HP Electric type, while Koraidon is 230HP and Fighting. Immediately we can see that ex Pokemon in Scarlet & Violet are going to be much more durable than they were in the Ruby & Sapphire era, where HP never went over 200, despite still losing you the same two prize cards when they’re knocked out.

Unfortunately, Scarlet & Violet will see the game receive a price increase "due to global inflation". However, to compensate, each booster will now contain three guaranteed holo-foils instead of just one. This is good news for collectors and those who want to bling out their decks, but bad news for scalpers whose 'running costs' of buying out entire stock of certain products just massively shot up. 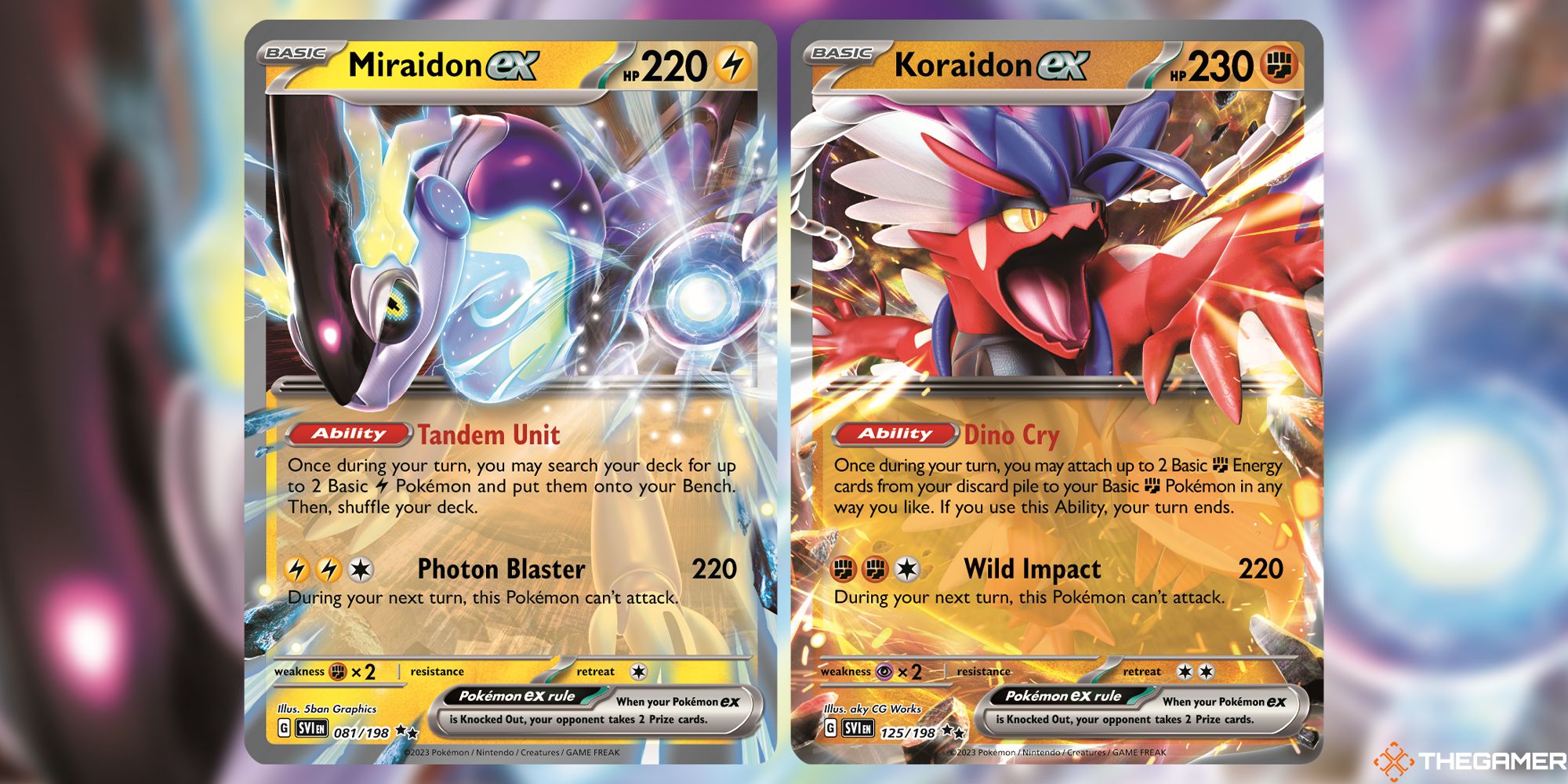 One interesting absence from today’s reveal is any look at how terastallization, the big gimmick of Gen 9, will work in the TCG. The accidental Japanese reveal earlier this week showed off a terrastalized Arcanine ex card, and translations suggest it may mean terastallized Pokemon are immune from damage when on the bench. However, with no official international version showcased yet, it’s impossible to know if this is the mechanic for terastallization in general, or merely a unique ability for that one card.

The initial impression of Scarlet & Violet is that it’s hoping to revitalise how the TCG plays by stripping away a lot of the faff and bloat that’s built up over the years, while also providing the usual collector art treatments that made the Sword & Shield era so popular. Even with the big question of how terastallization will work hanging over the set, Scarlet & Violet is looking like a particularly interesting new start for the TCG when it launches on March 31.