Pokemon’s shiny hunters are some of the game’s most dedicated players. While it takes a few hours for competitive players to breed each Pokemon with perfect IVs, and a little more time to EV train them, shiny hunts are indefinite. My quickest was six eggs for a shiny Lapras (I was hatching for IVs, not even hunting – classic) and my longest is well over 3,000 encounters now. I’ve been after this damn Roggenrola across two generations now.

Most shiny hunters try to maximise their odds for obvious reasons. The Masuda Method, which involves breeding Pokemon from games with different default languages, is a tried and tested shiny hunt. Hatching five eggs at a time makes it a fast and effective way of getting shinies. If you’re not hunting anything in particular, the Crown Tundra’s Dynamax Adventures have the best odds of getting a shiny – a huge one percent chance. But some players seem to embrace the grind, and find the hardest possible methods just for the thrills of overcoming insurmountable odds.

Some players like to start their playthrough with a shiny starter. This can take hours, as they soft reset the game time and time again in the hopes that their PokePartner will sparkle. Soft resetting for Legendary Pokemon is also common – for those that aren’t shiny locked, that is – but there’s a commitment to cracking open a brand new Pokemon game on release day and not starting your adventure proper for weeks because you want a shiny Cyndaquil. However, there’s an even more difficult shiny hunt, where the odds to even encounter a Pokemon are startlingly low, let alone a shiny.

I’m talking about curry. It seems like all I’ve done over the past few weeks is talk about Pokemon’s relationship with curry. Oh, and Paella. But did you know that you can encounter a Pokemon by making a particularly delicious curry in Sword & Shield? I didn’t, and I’ve completed the CurryDex twice. It doesn’t matter why. Okay, once for my initial completionist run of the game and once for research. Happy now?

Whether a Pokemon appears or not while you’re making your curry depends on a hidden stat: sociability. No it’s not friendship. It’s not happiness either. Sociability. As with many Pokemon stats it’s rated on a baffling scale of 0-255, and the only way you can increase it is by cooking with the same Pokemon over and over. If your party has an average Sociability stat of over 200, then a wild Pokemon can appear, enticed to your campfire by the wafting smell of a banging Smoke-poke Tail Curry and your friendly – sorry, sociable – party of Pokemon. If you accept it, this wandering Pokemon is automatically caught. And it can be shiny. 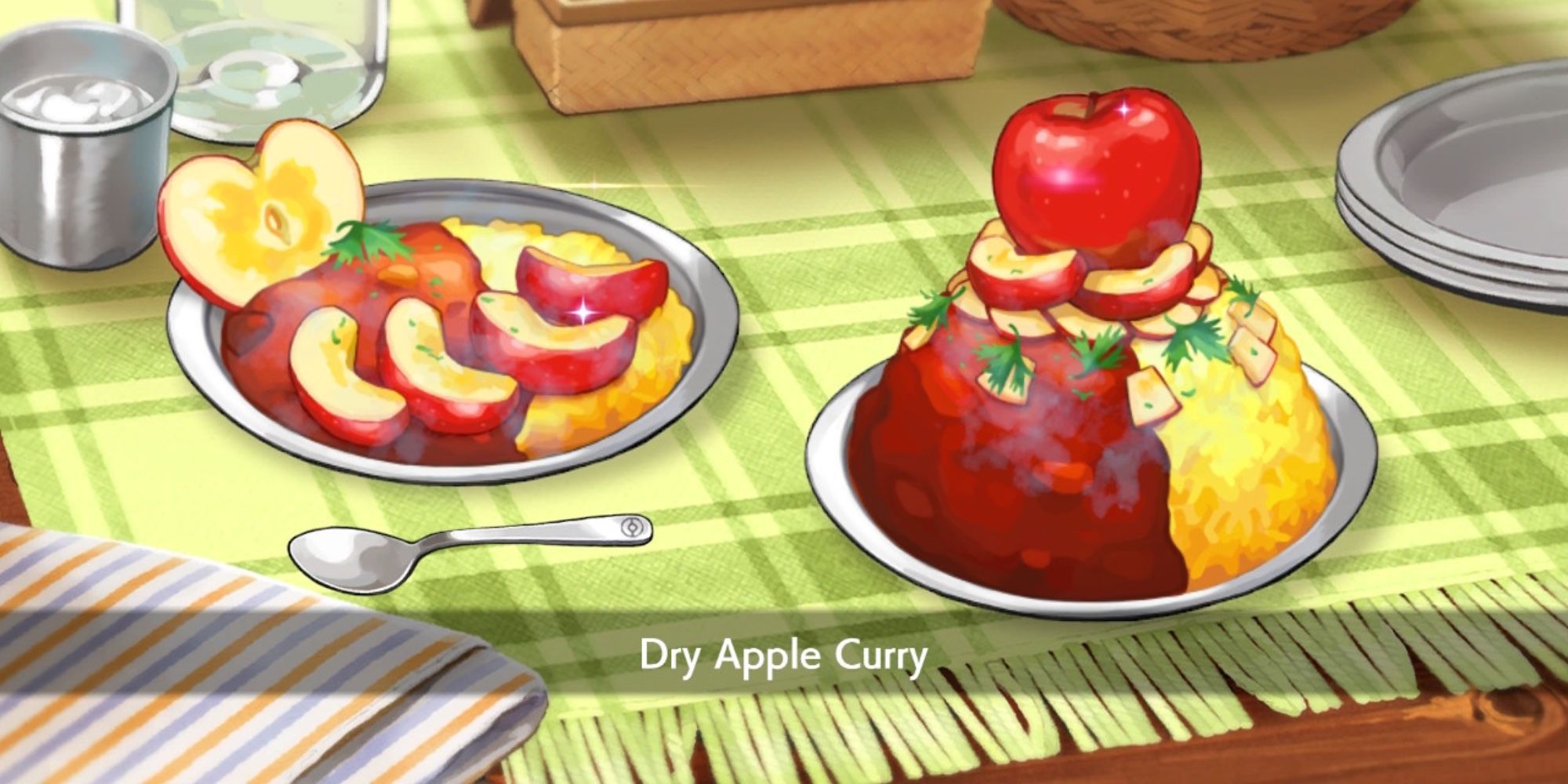 These Pokemon are full-odds shinies, a one in 4,096 chance. Most people committed to this method will already have the Shiny Charm however, which is given to you for completing the Pokedex, which increases your chances to a much more manageable one in 1,365 chance. That’s still a lot of curries.

Not only does making curries take more time than soft-resetting for a shiny Pokemon, it also relies on you nailing the minigame. The quality of the curry directly increases chances of a Pokemon appearing, but does not affect the chances of that Pokemon being shiny. There’s all sorts of stirring motions and button presses that need to be perfectly timed in order to make a decent curry, and if you want to make this shiny hunt successful as quickly as possible, you’re best off putting your time and effort into each and every meal. Besides, nobody wants a shiny Pokemon to wander over to their campfire, only for it to see a charred and practically inedible Bitter Instant Noodle Curry. There’s a reason it’s called Koffing Class.

In comparison, soft resetting seems like a breeze. The Masuda Method is practically guaranteed to be quicker than this. But not every shiny hunting method is created equal. We’ve all been there, when your hunt has gone on for days, weeks even, and it finally pops up. That shiny Roggenrola hatches from an egg, that jet black Rayquaza challenges you to a battle. It’s relief mixed with joy, and it’s a revelatory experience like no other in Pokemon. The longer the shiny hunt, I would argue, the greater the excitement when you eventually succeed. Making curry is the most convoluted and least effective method of shiny hunting, but I bet the payoff is better than any other. Pass the Tin of Beans, Bob, we’ve got a curry to make.