This article is part of Pride Month Picks, a collection of pieces that aim to highlight queer representation across games, television, film, books, and more throughout June.

The debut of Ajani Goldmane marked a turning point for Magic: The Gathering. His launch in 2007’s Lorwyn, alongside Chandra, Garruk, Liliana, and Jace, was something of a reboot for its lore – gone were the Planeswalkers of old, who were near-omnipotent and immortal, and now we had a new, weaker class of mages who played much more direct parts in the story.

Over time, ‘The Lorwyn Five’ would go on to have 15 years’ worth of character development. Jace went from edgelord loner to key member of the Gatewatch, Garruk found human allies for the first time in the Kenrith twins, and even Liliana went from selfish necromancer to a prolific teacher at the Strixhaven school. Ajani has gone through a lot too, learning to control his rage and move on from the murder of his brother Jazal. And yet there’s one thing Magic hasn’t done with everyone’s favourite catboy: it has not fulfilled his destiny and made him gay as fuck.

Born on the Alaran shard of Naya, Ajani is a Leonin – anthropomorphic lion people who regularly pop up across worlds in Magic’s multiverse. Unlike the rest of his tribe, Ajani was born with albinism, and being seen as a bad omen, was often rejected by his pridemates. Only his brother Jazal supported him, and so Jazal’s murder at the hands of the shaman Zaliki was enough to trigger Ajani’s ‘spark’ and transform him into the reality-hopping mage known as a Planeswalker. 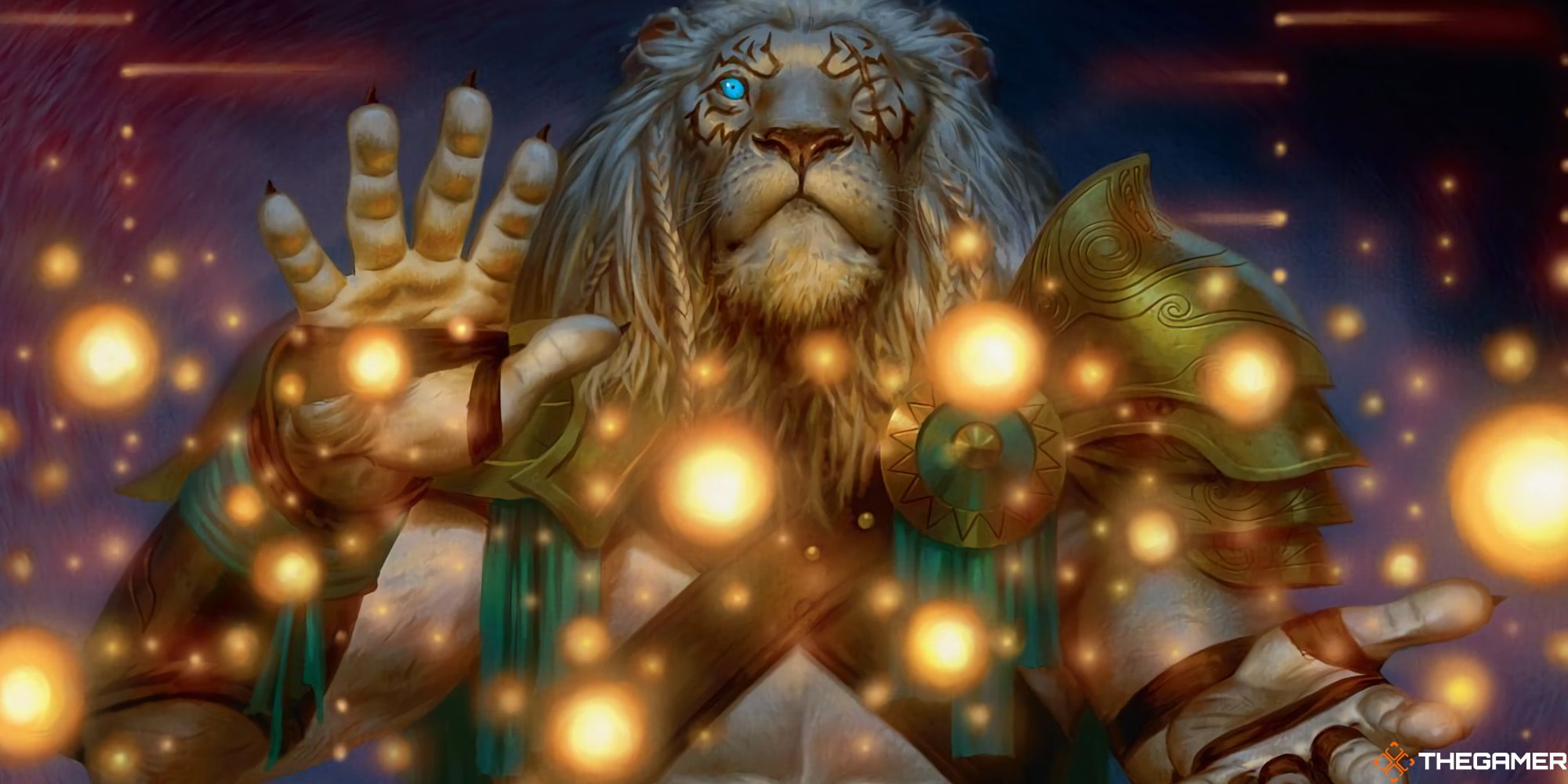 From there, much of Ajani’s early story was focused on him learning to contain and channel his anger. After meeting his closest friend to-be, Elspeth Tirel, he finally managed to come to terms with Jazal’s death by both re-joining the shards of Alara – one of Ajani’s earliest conflicts with the dragon Nicol Bolas – and getting revenge on the true orchestrator of Jazal’s death, Marisi. Having grown through his battles, he put his fury to rest and became a staunch ally of Elspeth, helping her during her stay on Theros.

Since then, Ajani has mostly played a supporting role in the story. His role as the primary white-cantered Planeswalker gave way to Gideon Dura, and other than taking part in the renegade uprising of Kaladesh and, of course, the War of the Spark, we haven’t seen much of Ajani. In fact, the first time we saw him in the three years since the War was as a background character in Streets of New Capenna, encouraging the newly resurrected Elspeth to explore her true home. 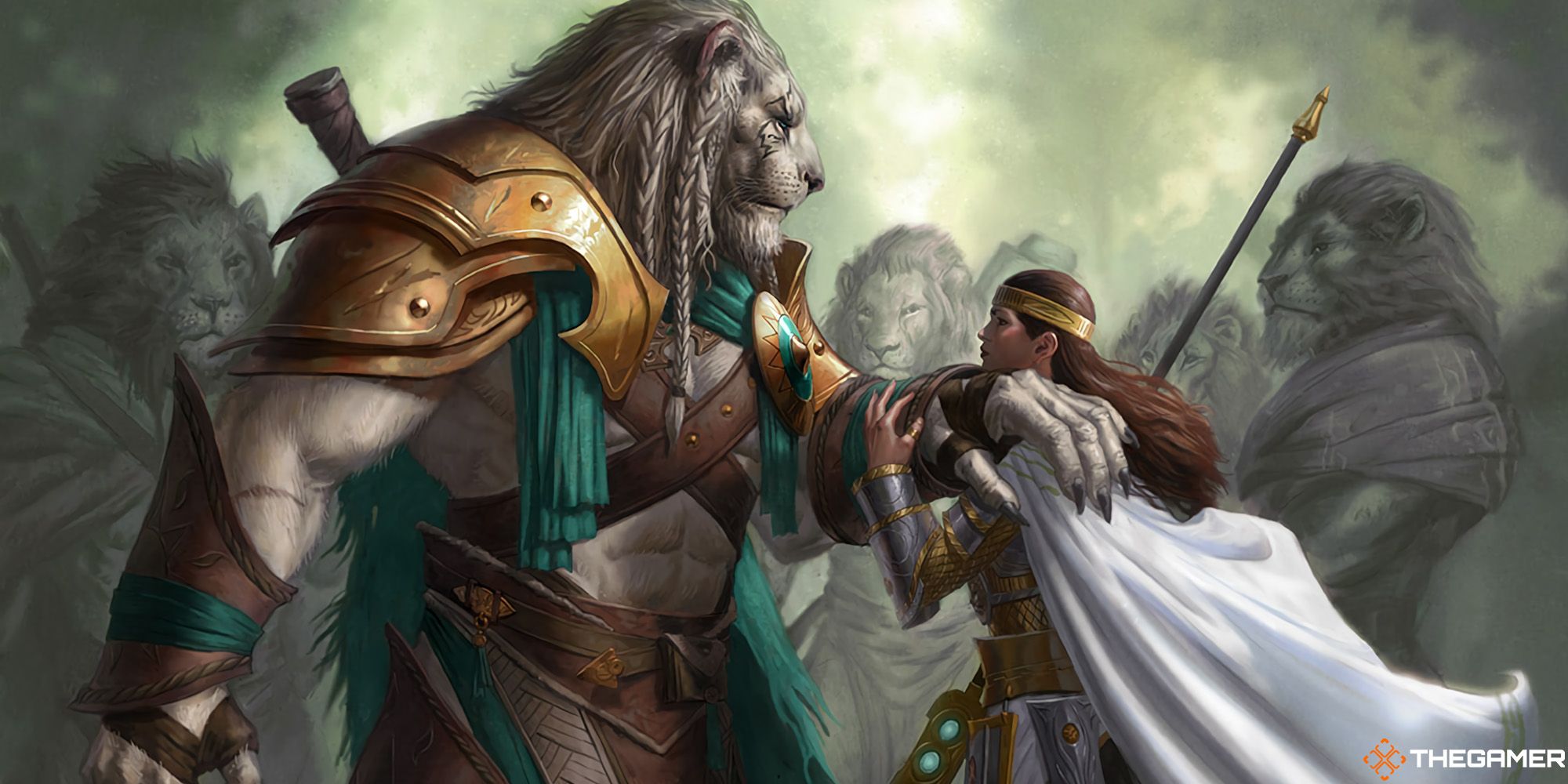 Marked as different from his pride on Naya, it wasn’t until Ajani left his home and found a new family that he began to grow and develop, and his character development has resonated for many queer Magic players. While there is plenty of representation of queerness in Magic these days, from Chandra or Ral Zarek to Niko Aris and Alesha, Ajani has often managed to feel like a more fleshed-out representation of growing up queer than any others. 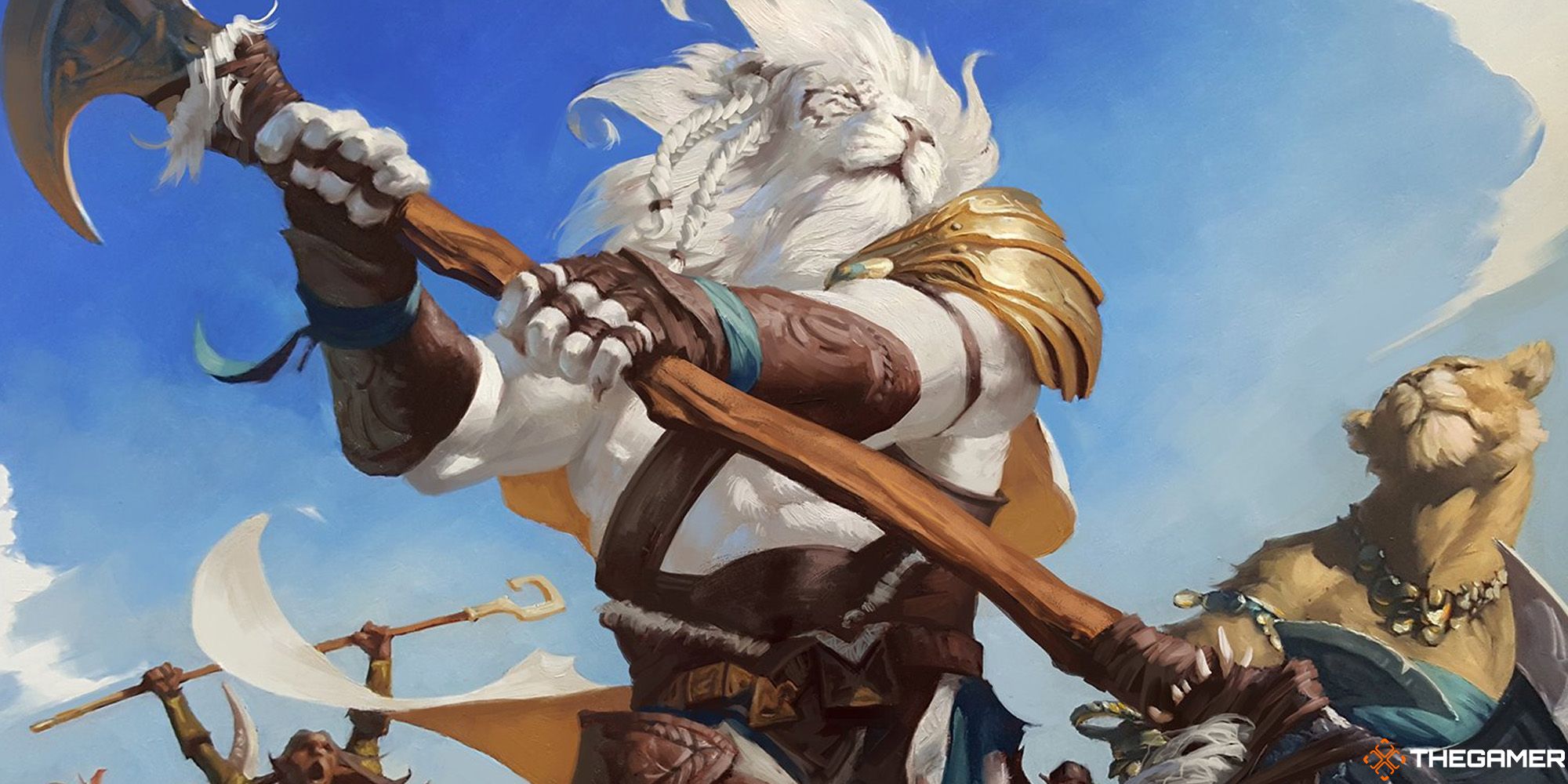 Wizards has never commented on this rumour, but it has hinted at a fruitier side of Ajani in the Theros story, which gave him a very queer-feeling relationship with the Theros Leonin King Brimaz. Even that wasn’t anywhere as explicit as we’ve seen with Chandra, Ral, or most recently, Saheeli and Huatli, though: a few lingering looks here, an embrace there, but nothing that couldn’t be brushed off as just cat guys being cat dudes.

Maybe Wizards was right not to make Ajani the very first at the time, but having a ‘monstrous’ gay character wouldn’t be the PR failure the rumour paints it to be. Monsters have been a way to explore Otherness for as long as media has been a thing, and that has resulted in many, many queer people latching on to monstrosity as either a form of comfort or even reclamation. Whether it’s sexy Orcs, sexy fish-men, demons, or, in this case, hulking cat men, there’s something undeniably queer about a monster who didn’t find his place in the world until later in life. Wizards has done all the emotional, character-developing work that underpins these stories, but needs to push just that little bit more to get Ajani out of the closet and over the finishing line. 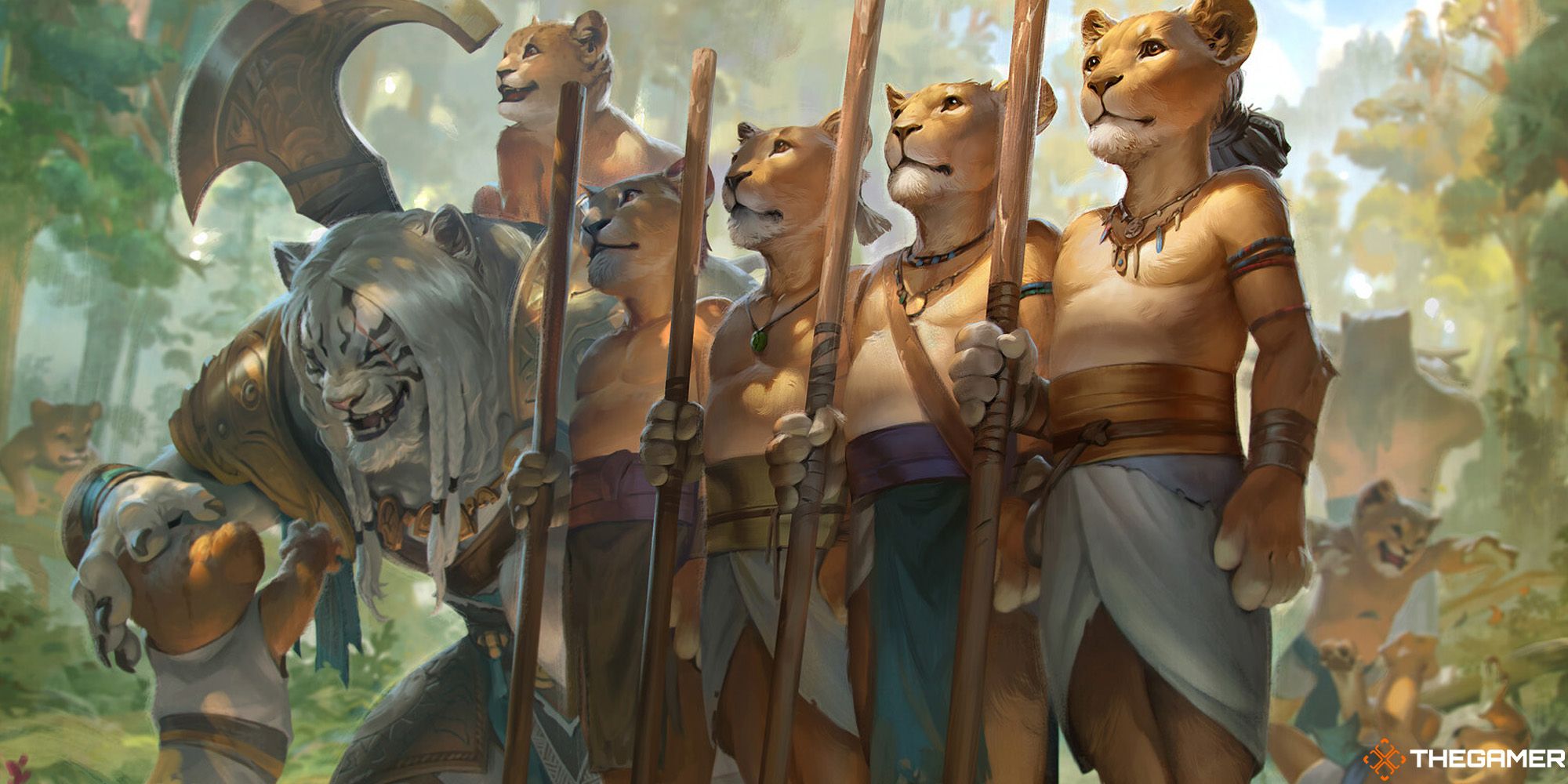 With this September’s Dominaria United finally bringing Ajani back as a main face character of the set, maybe we’ll get to explore how he’s been faring since the War of the Spark, instead of serving as the quest-giving NPC of Magic he’s been for the last five or six years. After all, love isn’t just for the PR-friendly, conventionally attractive people Wizards plastered on its Secret Lair cards – it’s also for the albino leonine who’s been through way too much and deserves some happiness, and the gay MTG journalist who has placed way too much of his self-worth into this fictional character.