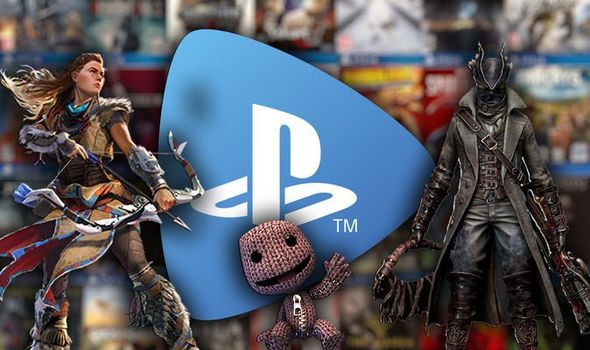 The PlayStation Now library of games will be getting a big update next week, alongside Sony’s PS Plus subscription service.

But there’s already some exciting news for fans of streaming services should look into.

With the market heating up with new services, Sony is offering some enticing new deals.

In the United States, gamers who want to try out PS Now services can do so for very little cash.

Like Microsoft, Sony is making it possible to buy a one-month subscription to PlayStation Now for $1.

This deal is ending today, March 29, and doesn’t appear to be available in the UK at this time.

But while it’s only been available for a very short period, if it proves popular, there is no reason why it shouldn’t appear in the UK in the future.

UK retailer GAME recently offered a cracking deal where you could buy a discounted 12-month subscription.

The deal has now sold out but it was just another way to sign up to PS Now for a discounted price.

This is all happening before Sony releases its latest new games for the PlayStation Now service.

The tech giant is expected to make the PS Now April announcement next week, after the new PS Plus games are revealed.

We already know that Oddworld: Soulstorm will be among them, so we can probably scratch that from the list of potential titles.

Horizon Zero Dawn is one of the big exclusives currently available on the service, alongside the likes of Detroit: Become Human and The Last of Us.

PlayStation Now also offers ways to download and play games on consoles, but this isn’t a feature that’s ready to hand for PC users.

But even with this drawback, if you’re ready to try streaming PS4 games, March could be the month to do it.

The good news for gamers is that this month will not see any major titles removed from the library.

Most months include several games being replaced by others, with titles like Marvel’s Spider-Man and Days Gone having been featured and then removed for others.

But at the start of April, there won’t be any major removals, according to the latest news shared on the PS Now site.

THE NEXT GAMES BEING REMOVED FROM PS NOW

Descriptions for each game and its removal dates can be found below:

In the dark future of Call of Duty: Black Ops III, the lines are blurred between humanity and the technology we’ve created, a world where cutting-edge military robotics define warfare. Tackle Treyarch’s story campaign solo, or squad up with another player in local split-screen or online.

In The Crew 2, take on the American motorsports scene as you explore and dominate the land, air, and sea of the United States in one of the most exhilarating open worlds ever created. With a wide variety of exotic cars, bikes, boats, and planes to choose from, experience the unbridled thrill and adrenaline-pumping excitement of competing across the entire USA as you test your skills in a wide range of driving disciplines.

In the midst of this chaos, you’re Henry, the son of a blacksmith. Your peaceful life is shattered when a mercenary raid, ordered by King Sigismund himself, burns your village to the ground. By bittersweet fortune, you are one of the few survivors of this massacre. Fate drags you into this bloody conflict and shoves you into a raging civil war, where you help fight for the future of Bohemia.