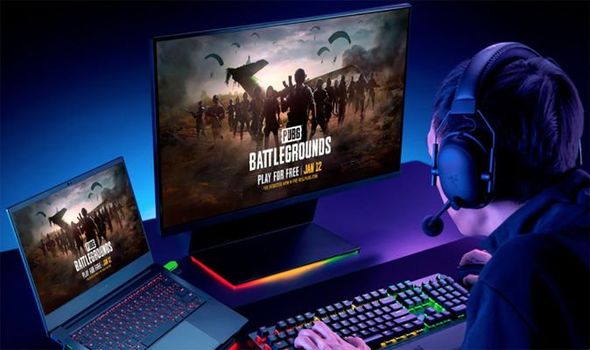 PlayerUnknown’s Battlegrounds kickstarted the whole Battle Royale phenomenon, even though Fortnite would take it to the next level.

Fortnite would prove successful partly due to being free-to-play on all platforms.

The new PUBG update introduces a free-to-play element to the popular shooter, which should give it a popularity boost.

Unfortunately, however, the free version won’t kick in until after a period of server downtime.

If you already own a copy of PUBG, then you’ll receive the PUBG Special Commemorative Pack, which contains access to Battlegrounds Plus and a host of in-game items.

Battlegrounds Plus is a paid download that adds Survival Mastery XP boost, Ranked mode, Medal Tab and the ability to create custom matches.

The remaining PUBG update 15.2 patch notes can be seen below…

• We’ve decided to introduce a whole new category of tactical items, Tactical Gear, that strays from pure gunplay to provide our players various options for improving their in-game performances.

• As Tactical Gear will be taking up players’ primary weapon slots, we hope this will allow players to come up with more creative long-term strategies.

• The Drone is a Tactical Gear that allows players to scout a far distance safely and even pick up an item without facing the risk of direct combat.

• Drones will spawn in every map.

• Once players loot and equip the drone, they can hold the Drone Tablet in their hands.

• Players can then toggle in and out of Drone View.

– The Drone will launch into the air once players toggle into Drone View.

– A Drone in flight will make noise and have a distinctive blinking light.

– A deployed Drone will be identifiable by a unique drone icon both on the map and minimap.

– In Drone View, players’ characters will stop moving and give up control of their body as they fly around in the perspective of the Drone.

– If players toggle out of Drone View, the Drone will remain hovering in its current position.

• Players can recall a Drone in flight.

– When a recall is initiated, the Drone will attempt to fly back in a straight line to the spot the player recalled it.

– The Drone will fly back to the location the player first recalled it.

– When the recall is in progress, the recall will be stopped if the player attempts to use the Drone Tablet.

– When the recall is in progress, the recall will be stopped if the player uses the recall feature again.

– The Drone can not avoid obstacles or move through solid objects while being recalled.

• The Drone has a large 300m operation radius that players must stay in while flying the Drone.

– The Drone alerts players with a warning message and a static screen when it’s within 90m of its maximum operation radius.

– If the Drone leaves its operation radius, it will get destroyed and players will need to retrieve it and repair the Drone to use it again.

• The Drone has a maximum HP of 35 and can take damage from various things.

– A Drone can be damaged by

– Flying outside of the operation radius

– When the Drone’s HP reaches 0, it will fall to the ground and get destroyed. Players must retrieve the Drone and repair it to use it again.

• A Drone can loot a single item to its single inventory slot.

– For example, a stack of bandages (5) is also considered a single item.

– Drones can not pick up items from Care Packages, deathboxes, and trunks.

– Players in Drone View are also able to drop the held item any time.

– Players can receive the Drone’s held item by recalling the Drone.

• Players will be able to ping normally while toggled in Drone View.

– The ping icon will be displayed as a regular ping.