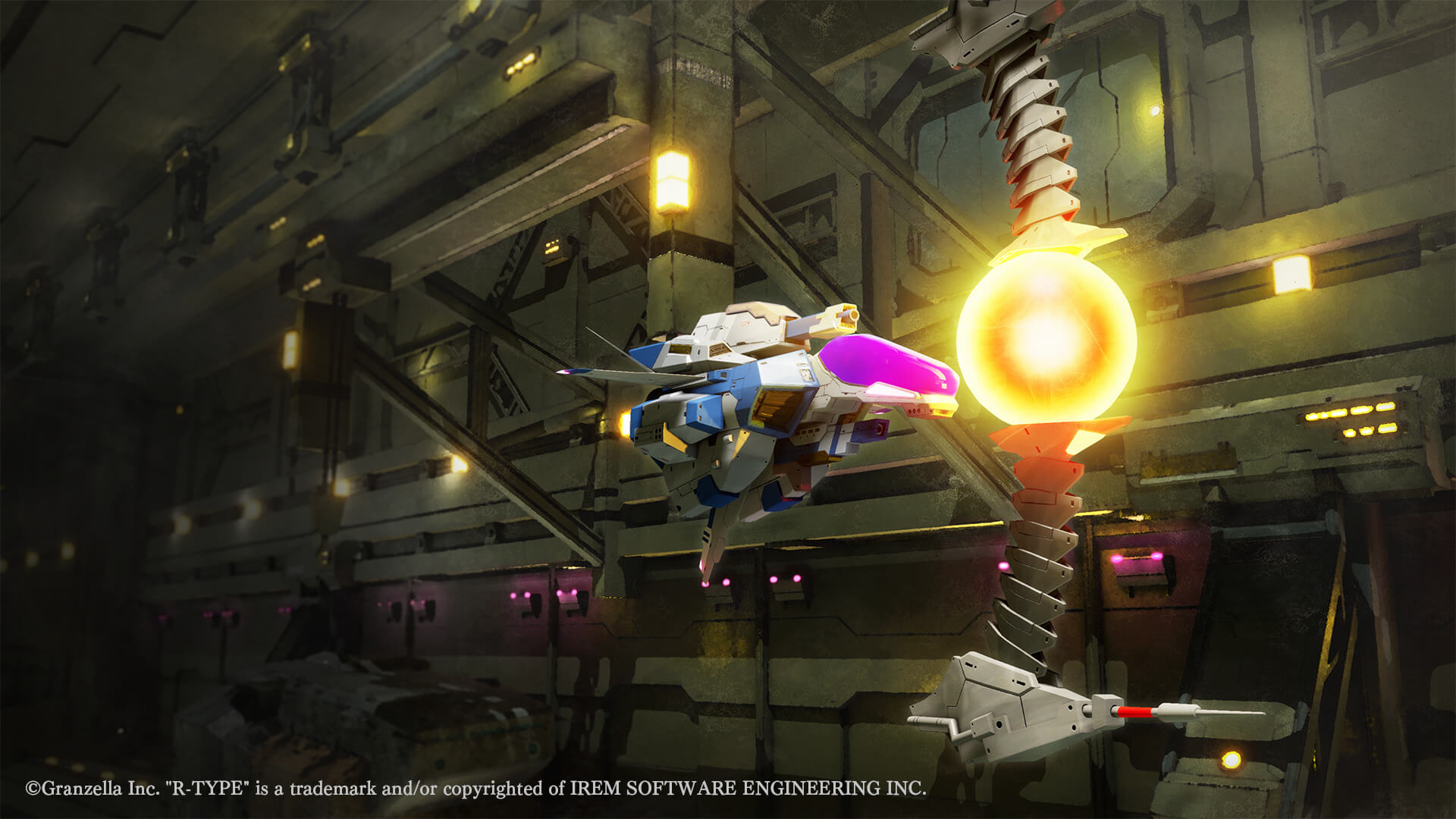 After almost two decades a brand new R-Type game is finally a reality but does the old school shooter gameplay still retain its appeal?

Whatever madness overtakes publishers when they choose release dates it’s not something that has been at all mitigated by the pandemic. In the last five months there’s been hardly any big name releases of any kind and yet within seven days we’ve got New Pokémon Snap, Returnal, Resident Evil Village, and the first new R-Type game in 18 years. Whether you regard a new R-Type as a major release or not will largely depend on your age and your level of interest in 2D shooters but this isn’t necessarily just for existing fans.

The first R-Type was released in arcades in 1987 and quickly established itself as the definitive 2D shooter. The genre isn’t known for its innovation, but R-Type always looked and felt unique, with a bizarre biomechanical theme that went beyond the initial H.R. Giger influence into a uniquely strange style all of its own. Every centimetre of every level was meticulously crafted and required specific, careful strategy to defeat, with the game possessing an unusually slow pace that made you feel as if you were the ticking heart of some great clockwork diorama.

As a horizontally scrolling shooter the action was familiar but filled with peculiar details, most obviously the Force which you can attach to the front or rear of your ship and use as a shield or a ram to fire out into the midst of a swarm of enemies or a boss’ dangerously flashing weak spots. Although perhaps most unusual is the fact that almost all the games in the series have been good, even oddball spin-offs like the turn-based R-Type Tactics. So it’s a relief to see all these traditions have continued in R-Type Final 2.

As far as original developer Irem was concerned, the first R-Type Final really was the end of the franchise. By 2003 2D shooters were no longer big sellers and within a decade the company had given up making video games at all. As a result, many developers left to set-up new studio Granzella and thanks to the power of Kickstarter the absurdly named R-Type Final 2 has become a reality.

The Kickstarter was funded in just two days, proving there were still plenty of fans around who wanted to relive the old glory days, with R-Type Final 2 delivering a mix of new stages and remakes of old ones. As with the first Final game there’s also a dizzying array of different spaceships to unlock, now with surprisingly involved customisation options in terms of not just their weapon loadouts but colours, decals, and pilots.

A number of features are also borrowed from R-Type Delta on the original PlayStation, including the Dose system that slowly builds up a power meter every time the Force smashes into an enemy or absorbs a bullet, until you can unleash a smart bomb style special attack that’s unique to each ship. As in Delta, you can also speed up or slow down your ship’s speed with the trigger buttons and rapid autofire is available at the press of a button.

It’s foolhardy to hope for much originality in a title like this, especially given how it was funded, but the game is fully aware of how inaccessible it might be for novice players. The other thing the originals are known for is their rock hard difficulty and while that’s still present by default the game tries to adapt the challenge according to how well you’re playing. Simply picking one of the easier difficulty levels makes a more obvious difference but it’s still a welcome attempt to try and stick to the roots of the franchise but also make it more accessible to newcomers.

An intractable problem in creating retro titles like this is that at the time the original R-Type was the absolute state-of-the-art in video game graphics and yet that’s clearly not the case anymore and could never be with the sort of budget Granzella has to work with. Sticking with pixel art would have been one option but, again going back to R-Type Delta, the series was always quick to embrace 3D graphics and anything else would really be a backwards step.

As a result, R-Type Final 2 uses Unreal Engine 4 to try and keep itself looking at least relatively modern. Granzella try their best but a lot of the model work is quite basic and there’s some very muddy looking textures. This only occasionally makes it difficult to read the action but although there are a few neat flourishes this is rarely a very attractive looking game.

That’s a shame but this is still a high enjoyable shooter and arguably better than the original R-Type Final, as the new levels are shorter and closer to the design style of the early arcade games, for that extra old school feel. Where, if anywhere, the R-Type franchise goes from here we’re not sure but as old-fashioned as it may be there’s still something magical here, that gaming as a whole would be diminished by if it disappeared entirely.

As the name alone implies, R-Type Final 2 does not even attempt to modernise the formula but if you accept its goal is merely to present what already exists in as appealing, and comprehensive, a manner as possible it largely succeeds. Although whether it’s merely an encore to its final stage appearance or the prelude to something genuinely new only time will tell.

In Short: A successful resurrection of the iconic retro franchise, that wallows in justifiable nostalgia but still tries to keep at least one foot in the present.

Pros: The old school gameplay still shines brightly, with a good mix of old and new level designs and lots of content. Some genuine attempts to ensure it remains accessible for less experienced players.

Cons: Predictably few new ideas and low-tech graphics can be distracting at times.