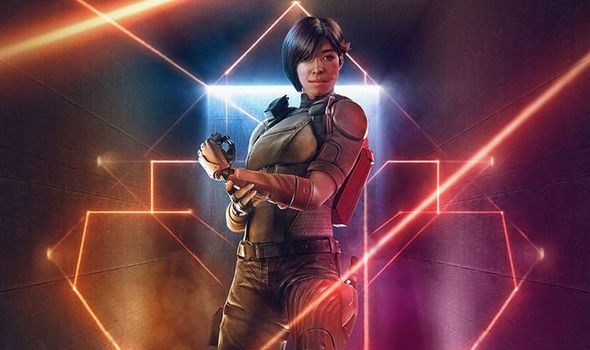 Ubisoft is lifting the lid on its latest Rainbow Six Siege expansion this month, with Operation Neon Dawn expected to launch in December. The latest update regarding the expansion was shared today, revealing that Aruni will be one of the new Operators added to the game during Season 4. The good news is that the full reveal for Neon Dawn has been scheduled and it won’t be long before we learn what new map reworks and features are being planned.

This will be happening during the EU Majors eSports event, which is being held on November 8 at around 4pm GMT.

Ubisoft usually keeps the release date for any new operation pretty vague, so we probably won’t find out the launch day until much closer to the event.

But we should at least find out if there are any surprise delays affecting the launch of Operation Neon Dawn in December.

For now, we’re learning more about Aruni’s backstory, which provides a few hints at what kind of playstyle we can expect her to boast during Season 4.

The official backstory reads: “She was a detective with the Royal Thai Police when we met. I didn’t think she liked me at first, but she was just sizing me up. She’s real cerebral, always processing something upstairs and making connections that aren’t obvious to others.

“It’s why she was such a good detective. We did some work together in Bangkok, but most of that op’s details are still classified. She was hurt pretty bad… I thought we’d lost her.

“Aruni left the Royal Thai Police to focus on her rehabilitation. She met every challenge head on, with her usual positivity and focus.

“After that, she returned to work as a private detective. She’d made some big busts while on the force, got a lot of good publicity.

“I suppose that’s how Jaimini “Kali” Shah heard about her. It wasn’t long after that Aruni signed on with Nighthaven.

“Between her keen senses and deductive capabilities, she makes one hell of a defender.

“We hadn’t seen one another since that operation in Bangkok went pear-shaped, but I tried to keep in touch. I felt like I’d let her down, and her brief replies to my messages always seemed terse.

“I figured she was pissed off. Truth is, Aruni keeps herself busy. She’s driven, highly-motivated, and incredibly focused, so what I assumed was animosity on her part was just distraction. When we finally met up a few weeks ago it was like nothing had ever changed.”

Rainbow Six Siege’s new operation is likely to be one of the first new updates that will also be playable on the PS5 and Xbox Series X consoles.

More news on the subject is expected to be shared by Ubisoft in the coming weeks, perhaps as part of the Neon Dawn announcement.