Board games have been around for many years, and are currently enjoying a resurgence in popularity. These days there are more options than ever before, with tabletop games ranging from simple ten-minute wonders to long multiplayer epics with miniatures, tokens, boards, cards, and rule books the size of a novel.

As the choice becomes overwhelming often you'll find yourself craving familiarity. Often these are the classic board games almost every home has that you spent hours playing as a child. Or maybe you are desperate to revisit those games you really loved but were never allowed out often because you needed an adult to spend 20 minutes setting them up, so you could play for five minutes. Whichever type of classic game you crave, we have you covered with this list of re-released board games that remind us of our childhood. 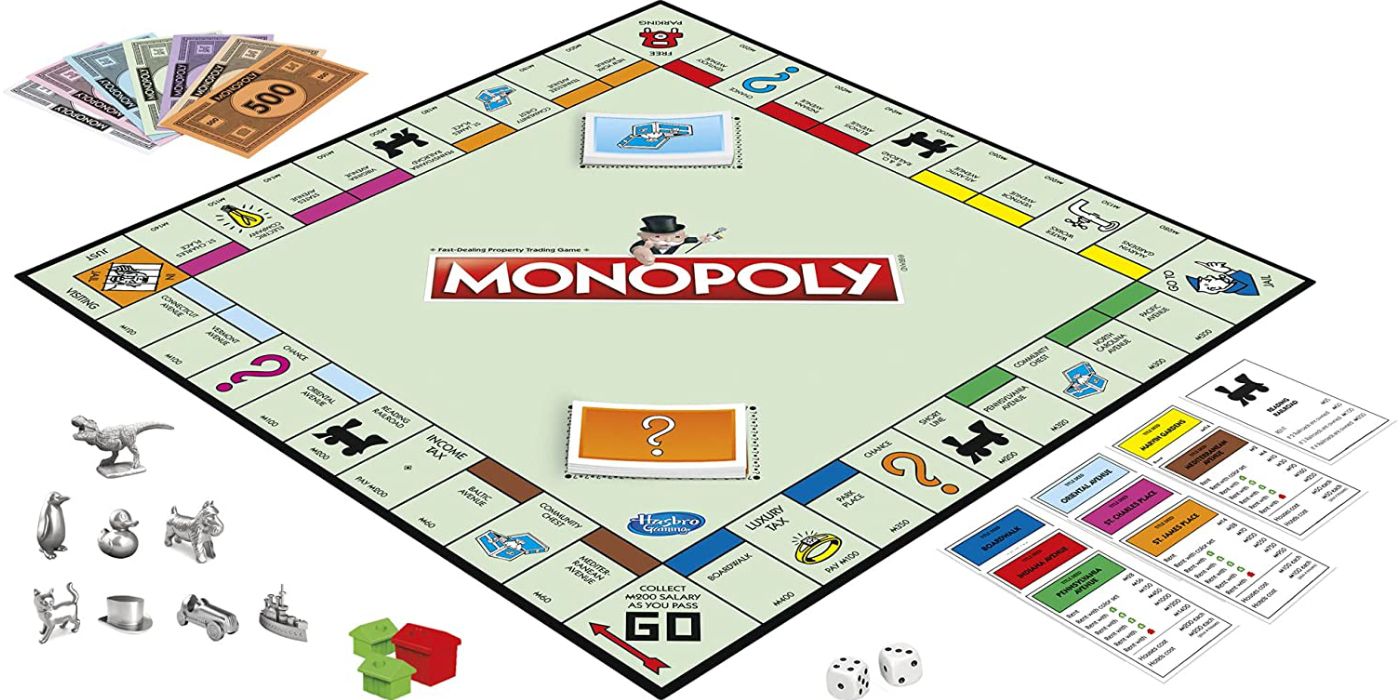 Look, we all know Monopoly has to be on this list. If only due to the fact that I'm yet to meet anyone who has never played this classic tycoon game. For most of us, Monopoly conjures up memories of house rules no one else understands, accusations of cheating, and general chaos. Most families have stories of a cheater who fiddled the bank, or a sore loser who upended the board, or threw a shoe token at a sibling. Yet despite its flaws, we all keep coming back for more, and no one is quite sure why.

Monopoly's popularity makes no sense. Despite being a fairly simple game of buying, selling, and renting properties, it's too long, and causes more arguments than almost any other game in existence. Yet, despite this, it continues to sell, and to grow. Monopoly has not just been re-released once, but in fact, has spawned so many variations they are impossible to count at this point. Whatever your interest, there's probably a version of Monopoly to fit, alongside the good old classic we all played before video game-themed sets were around. So get ready to argue about the rules for free parking, community chest fines, and more with the latest 'classic' version of Monopoly. 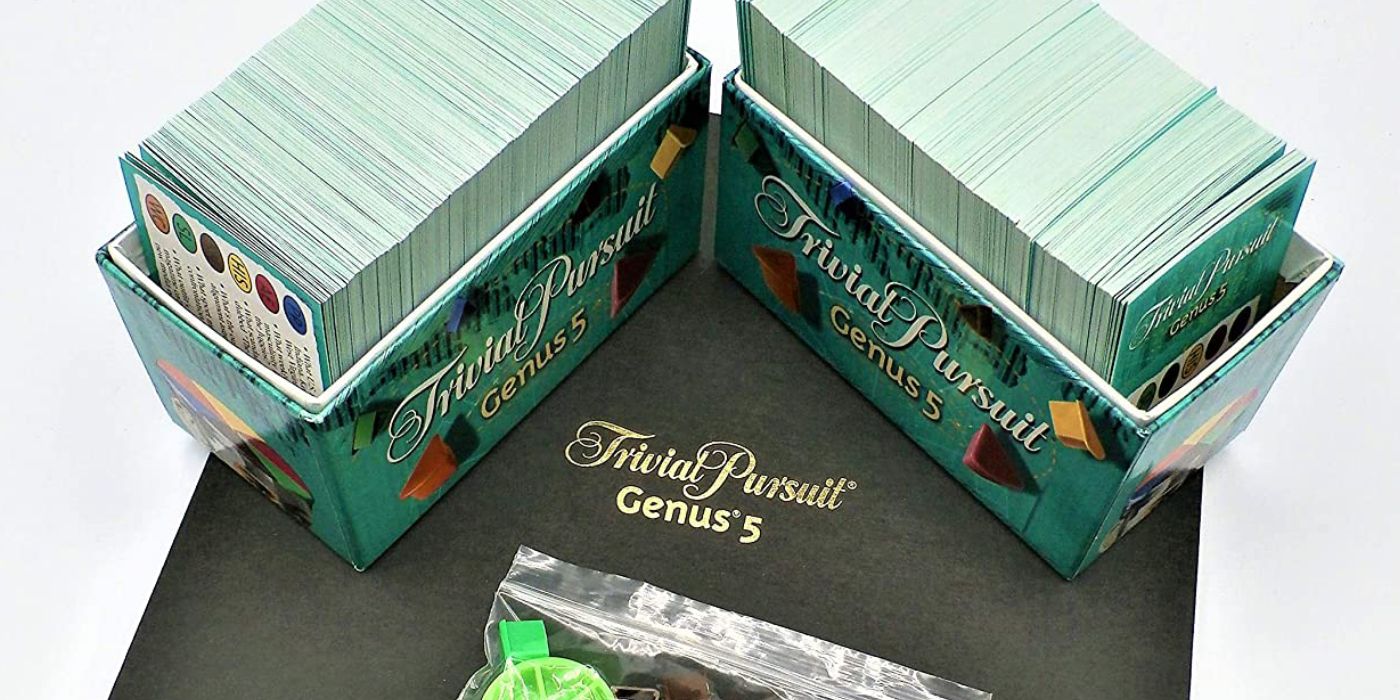 Trivial Pursuit is another classic game that most people will remember from family game nights. It's a simple premise involving answering questions on a range of topics. You then collect wedges to put into the scoring counter. Well, that's what the rule book says. Wedges, I understand, but I've never heard anyone call it a scoring counter. Cheese, pie, pizza, wheel, cake, or even just thingy. You name it, someone has used it to describe what the game wants us to call a scoring counter.

Naming issues aside, Trivial Pursuit is another game that has more versions than anyone can recall. Whatever topic you know best, there's probably a version of Trivial Pursuit for it. Themes include specific decades, movies, tv shows, bands, and video games. You can also find questions just on geography, literature, sports, or music. There are family versions, junior versions, and even an Emergency Medical Services Edition (your guess is as good as mine) However, for those looking to capture the chaos of a wide range of general knowledge questions you'll inevitably argue about, the Genus editions are the best, updating the original concept with more recent questions on a wide range of topics. 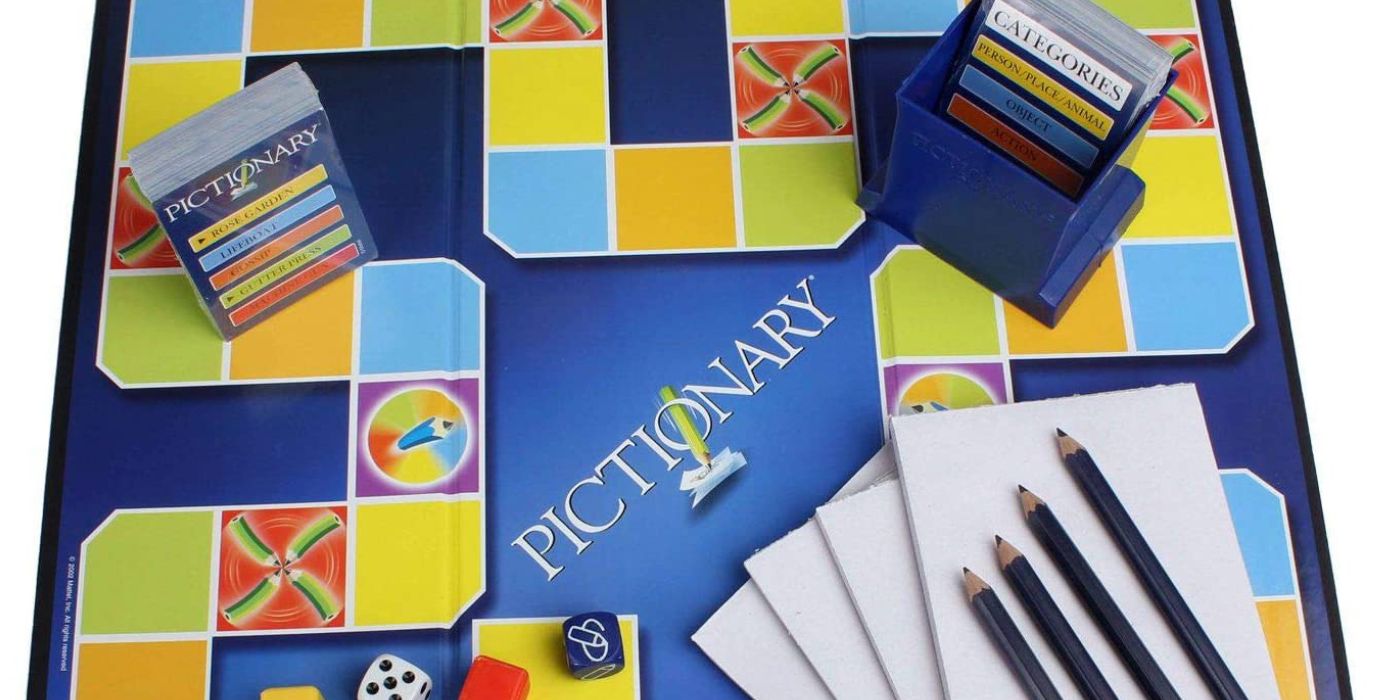 Rounding out our trifecta of board games the vast majority of people played as a kid is the classic drawing game Pictionary. The game is essentially charades, but with drawing instead of miming. You get a clue, you draw the thing, and everyone shouts at you for being terrible at drawing. Actual artistic skill is irrelevant in Pictionary. You could be a world-renowned artist, and someone would still argue that your pixel-perfect bus looks more like a massive car, or how were they supposed to know it wasn't a train with wheels?

Once again, there are a number of themed versions of this game, including Disney, Simpsons, and Austin Powers, as well as Bridal Shower and The Bible. Quite the selection. However, with Pictionary, classic is the way to go, with a wide range of prompts that will delight and frustrate in equal measure as you recall the time you were accused of cheating back in 1993. Or was that just me? 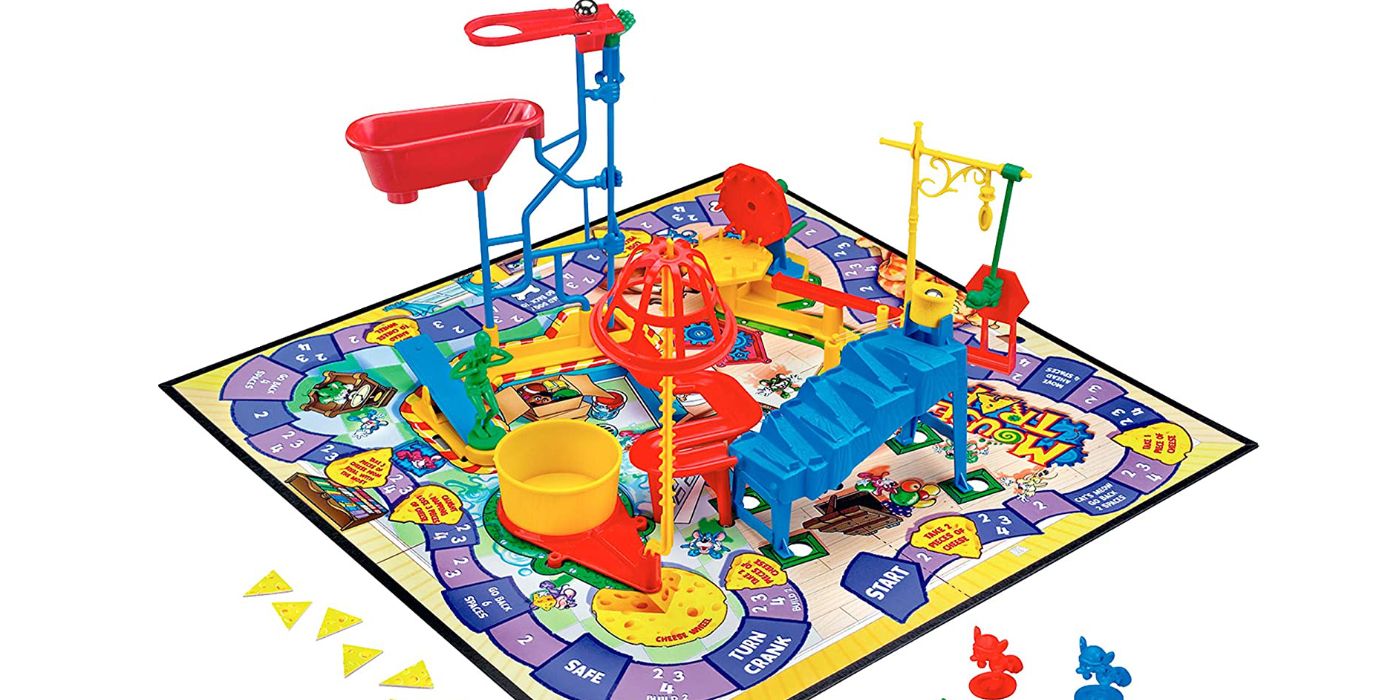 Mouse Trap is a game that anyone who was lucky enough to play will surely remember. While the objective is to avoid being caught by the mouse trap, all anyone ever wants to do is set the trap off. It's just so enticing. Turn the crank to kick the bucket, then watch as the ball travels down to the pole that knocks another ball into a bathtub before it falls through a hole, hitting a plank and sending a diver into a tub that sends a cage down a pole and onto the top of an unsuspecting mouse. Or at least, that's the idea.

Often the trap would malfunction. It might go off prematurely because someone put their piece on the board too firmly, or it might decide that it wasn't going to work at all. The unpredictability of the mousetrap was the only thing more annoying than the time it took to reset it. Still, when they did release a simpler version it just wasn't the same. Do yourself a favor and make sure to choose the original version, you won't regret it. 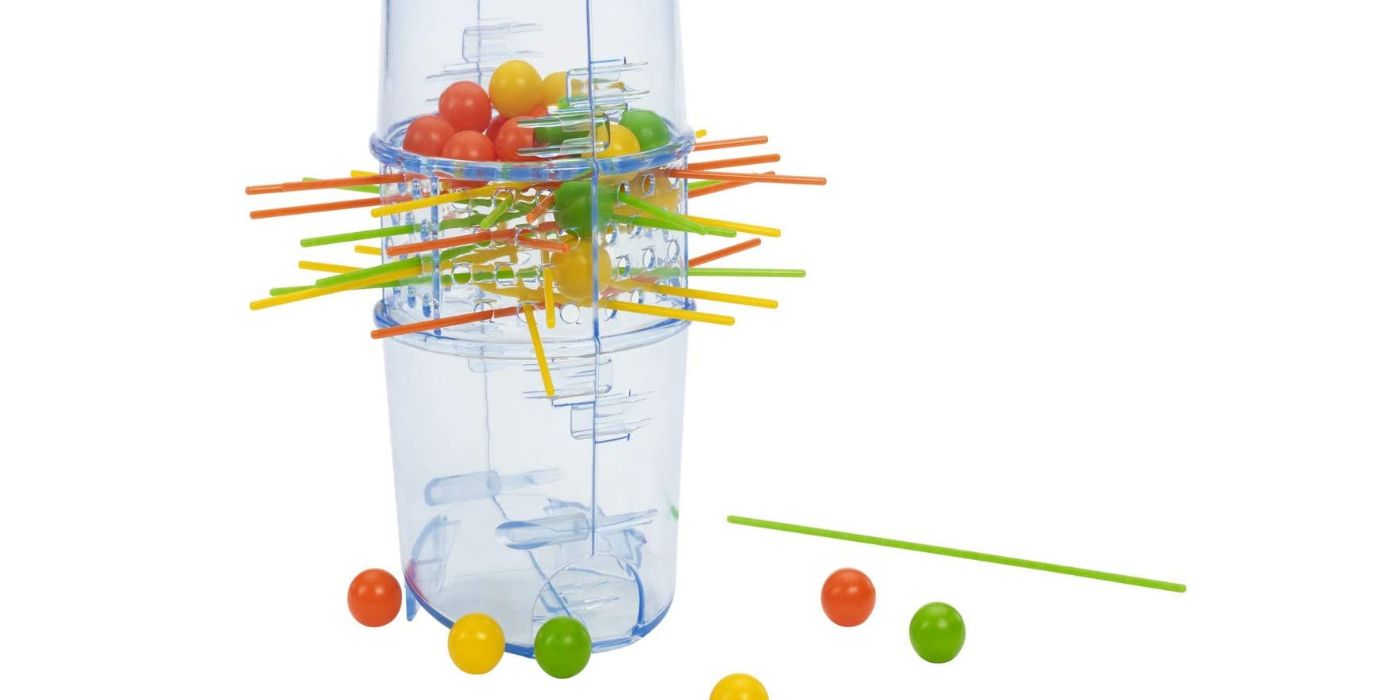 Next up is another game that takes longer to set up than it does to play. Kerplunk follows a simple premise involving removing sticks from a tube without letting the marbles they are supporting fall down. The person who removes the most sticks while dropping the least marbles wins.

As a player, it's so much fun. There's skill, luck, daring, and a loud CLUNK as the marbles hit the bottom of the plastic tube – although sadly, this appears to be eliminated these days, due to it now having plastic marbles rather than glass ones. Regardless, you'll still be eagerly watching and hoping to hear those marbles drop when someone fails a judgment call. Even better if they realize they chose the wrong stick when it's too late to change.

After the game is over you'll quickly realize that the 20-minute play actually comprises five minutes of playtime and 15 of trying to get the sticks back into the tube without them sliding out and without the marbles falling straight through the gap. Good luck, my friends! 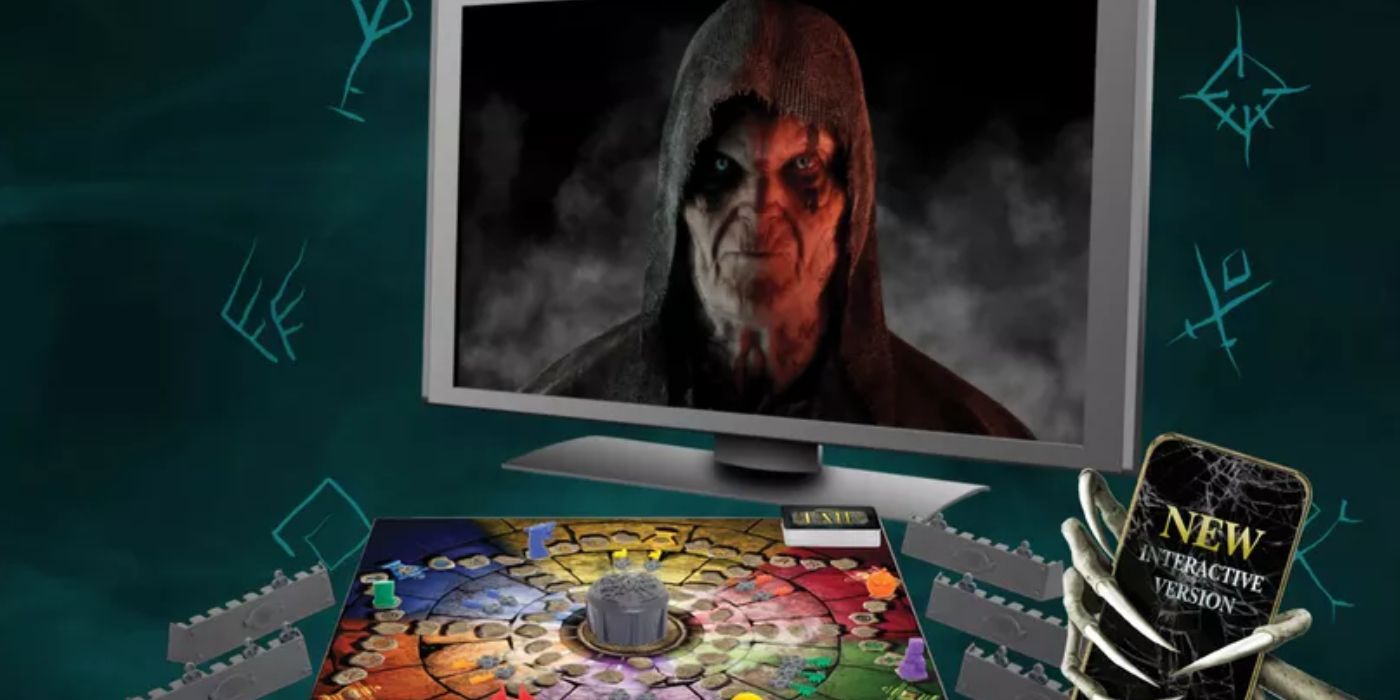 Also known as Nightmare, Atmosfear is a creepy board game overseen by The Gatekeeper, a creepy character who appears at random via a VHS Tape, DVD, and, most recently, an app. Players need to collect six keys before the time runs out. It all seems simple enough, but the Gatekeeper is there to screw up your day. Appearing at random times, he barks instructions, getting creeper, louder, and more terrifying as you go through the game.

If you played this game as a child as I did, you'll likely also remember the Gatekeeper calling you a worm and barking, "Answer me!" before he absolutely ruined any progress you'd made. He was a harsh and unpredictable overseer, and even knowing roughly when he'd appear didn't help. Now with this new version, the game time and his appearances are more random than ever, and all bets are off.

We hope you like the items we recommend and discuss! TheGamer has affiliate and sponsored partnerships, so we receive a share of the revenue from some of your purchases. This won’t affect the price you pay and helps us offer the best product recommendations.