The Last of Us Part 2 is the biggest game that dared to explore themes like LGBTQ+ rights, gender fluidity, and transgender youth, moving the needle of representation forward. Big-budget games have had LGBTQ+ characters in their storylines before, but it’s not that common to have one of the main characters (Ellie in this case) be openly gay. Ellie and Dina’s storyline sets an example of how love deserves to be celebrated in today's society. Their bond is so strong that, even during gameplay, their dialogues give us more insights into how their relationship evolves over time.

The graphics are so meticulous and lifelike that, through intense eye contact or body language, you always capture something words won’t tell. The most attentive players can find more insights about Ellie’s inner world in her journal, one of the tools she uses to process her feelings. “Tonight was crazy. I feel scared. Elated. Anxious. Just gotta sleep it off,” she writes after the first-kiss scene.

TLOU2 depicts and normalizes sexual fluidity. Dina is the most sexually fluid character in the game – she likes both men and women and finds out she’s pregnant from ex-boyfriend Jesse while starting a relationship with Ellie. TLOU2’s debunking of the stereotype of having masculine and feminine roles in lesbian couples is also another subtle yet important angle. It shows us that relationships within the lesbian community don’t necessarily consist of one masc and one femme person, but can be anything they want them to be. We also get to know Lev, a transgender teenage boy who, despite the critics, Naughty Dog added to the game to be clearly inclusive without being trivial about it. 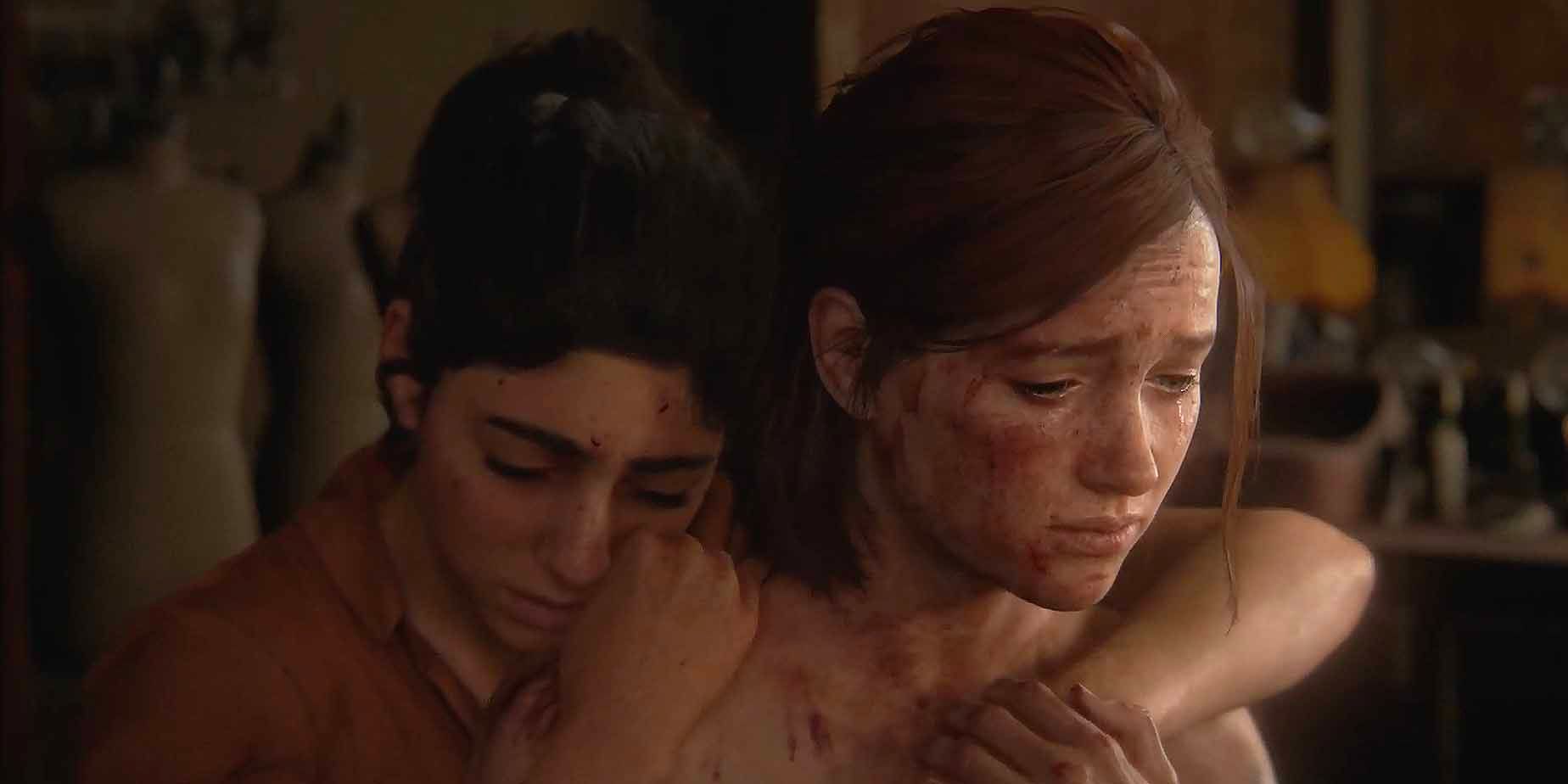 Elsewhere, representation of mixed couples in video games is still lagging behind other media, but TLOU2 makes an effort in bringing two mixed couples to the screen: Dina (Jewish and proud of her Israeli heritage) & Jesse (Asian-American), and after they break up, Dina & Ellie (white).

Ellie and Dina’s relationship is very complex, but could have been simple in simpler times. It’s meaningful yet rocky – a continuous dance between traction and attraction, mostly due to Ellie’s PTSD and obsession with Abby. It’s as if Ellie is past and future, and Dina is present and future, but their ideas of the future are dissonant.

“You go, I go, end of story” is what Dina says when Ellie wants her revenge after Joel gets killed. The same doesn’t apply the second time around. Their priorities start shifting once they start a family, with Dina wanting to take a breather from trauma and take care of baby J.J., asleep upstairs. 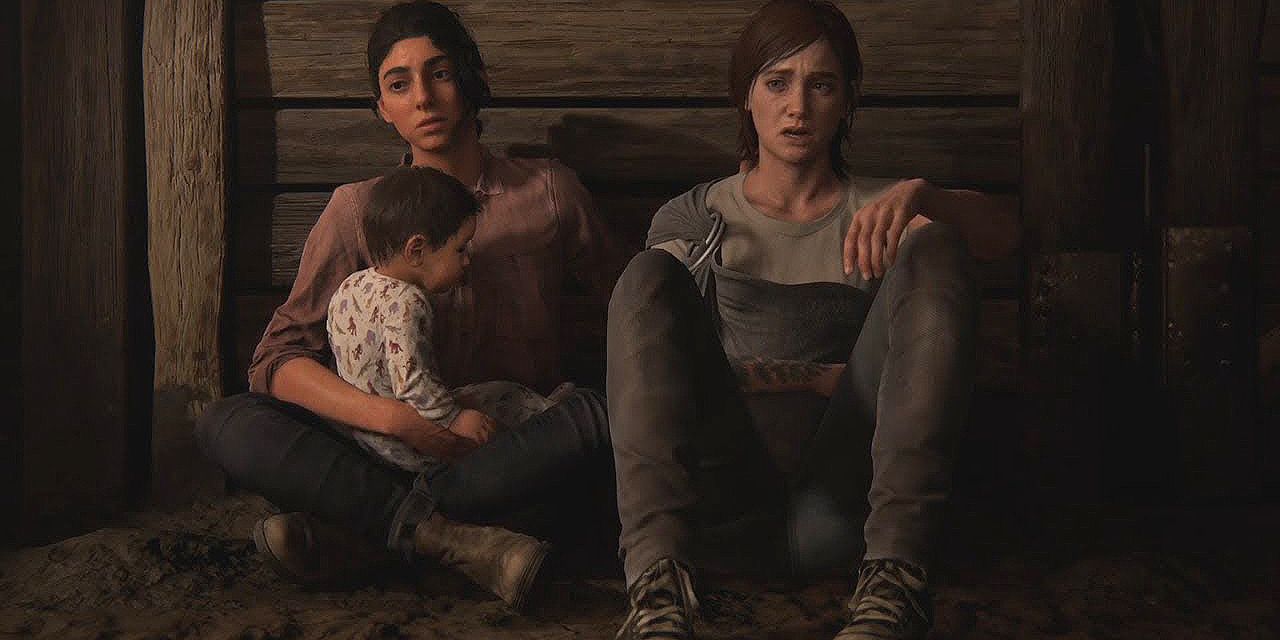 In the second part of the game, players have to control Abby, Ellie’s antagonist. TLOU2 throws traditional storytelling out of the window. We are meant to hate Abby early in the game, but later empathize with her.

There is a lot to process –  hence why some people felt overwhelmed. If Naughty Dog unintentionally wanted to encourage players to develop their emotional intelligence skills, it’s clear not everyone has the tools to do that. This was, and is, fertile ground only for the players who are open to change, possibilities and co-existence. 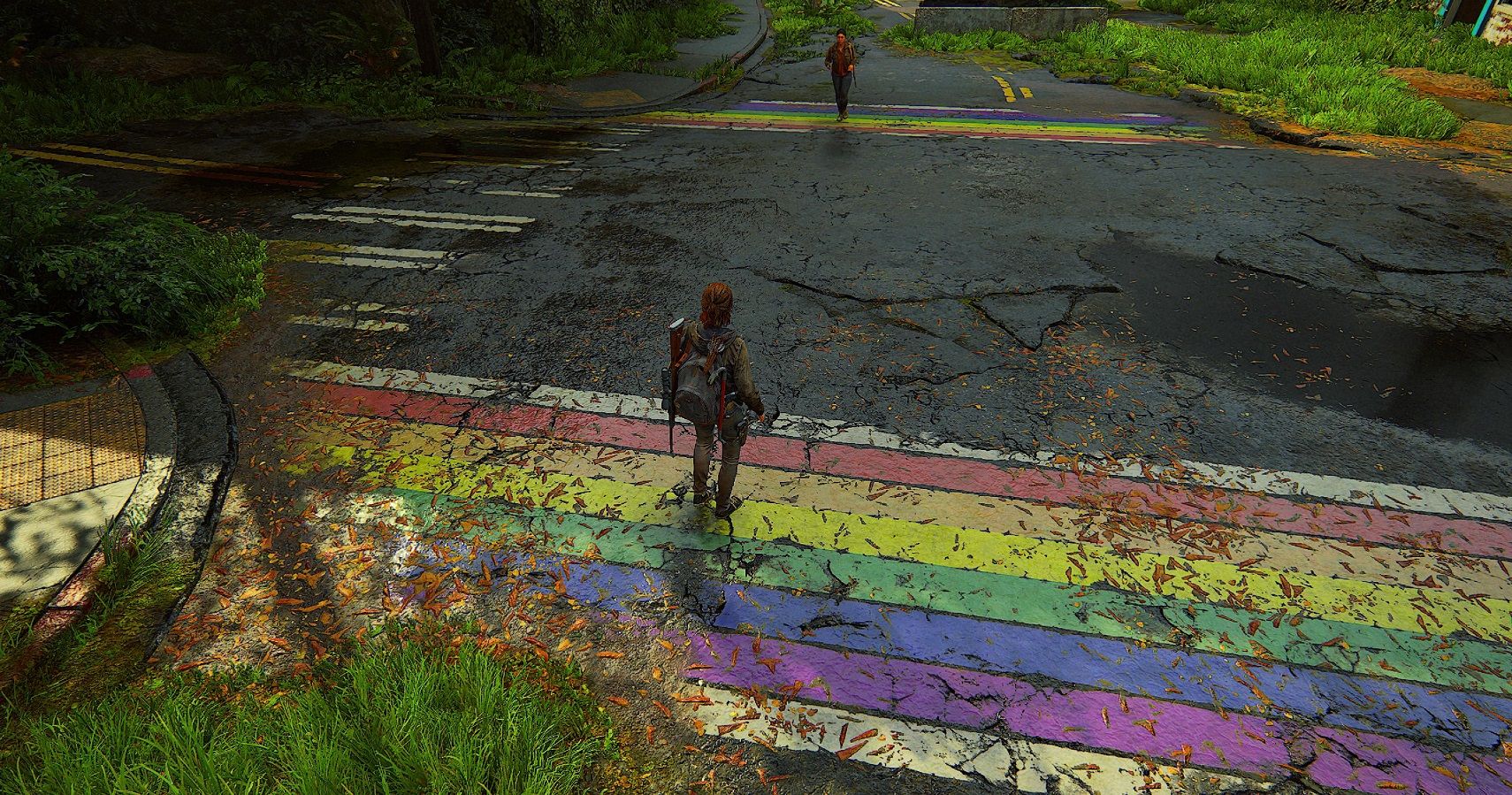 Perhaps the most important thing of all is showing what present times could look like if bigots were not part of this world. TLOU2 takes place in 2038, 18 years from its release. The only time where the relationship between Ellie and Dina seems to be a problem to someone is after their first kiss in public, with Seth (the oldest character in the game) making a scene in front of everyone. Apart from that episode, everyone is supportive, suggesting people won’t have any issues with same-sex relationships in the future. It’s heartwarming to see even in the bleakness of the world.

While TLOU2 is not the first game to tackle these themes, it was the biggest that made a major effort to represent love in an inclusive, respectful way. Both Ellie and Dina have support from their peers and try to live their relationship most naturally, despite everything they had to face. It serves as a great example of how love deserves to be celebrated in today’s society, with no one judging who you should love. TLOU2 is representative of the transitory times we’re living in, which is probably why it hasn’t resonated with everyone (yet). Perhaps it’s one of those divisive masterpieces that time will validate more and more.