Rescale, a San Francisco, California-based startup developing a software platform and hardware infrastructure for scientific and engineering simulation, has raised $50 million. The company says the funding, which was announced today, will be put toward R&D and expanding the availability of Rescale’s platform.

Cloud adoption in the science and engineering community remains largely on-premises, in private datacenters. Massive markets are powered by high-performance compute (HPC), with total annual spend expected to reach $55 billion by 2024. Workloads in the scientific R&D category often benefit from the advantages of hybrid public cloud and on-premises computing. Powerful computers allow researchers to undertake high volumes of calculations in epidemiology, bioinformatics, and molecular modeling, many of which would take months on traditional computing platforms (or years if done by hand). But less than 20% of HPC workloads run in the cloud today.

“Industries like aerospace, jet propulsion, supersonic flight all require massive computer simulations based on AI and specialized hardware configurations. Historically the science community has run these workloads on on-premises data centers that they directly built and maintain,” a spokesperson told VentureBeat via email. “Rescale was founded to bring HPC workloads to the cloud to lower costs, accelerate R&D innovation, power faster computer simulations, and allow the science and research community to take advantage of the latest specialized architectures for machine learning and artificial intelligence without massive capital investments in bespoke new data centers.”

Rescale enables customers to run jobs on public clouds like Amazon Web Services, Microsoft Azure, Google Cloud Platform, IBM, and Oracle. And to those customers, Rescale makes available a network that spans 8 million servers with over 80 specialized architectures with resources like Nvidia Tesla P100 GPUs, Intel Skylake processors, and over 1TB RAM, delivering a combined a 1,400 petaflops of compute. Whether they leverage compute from Rescale’s infrastructure or from a third-party provider, customers gain access to software that supports more than 600 simulation applications for aerospace, automotive, oil and gas, life sciences, electronics, academia, and machine learning, including desktop and visualization capabilities that let users interact with simulation data whether or not jobs have finished. 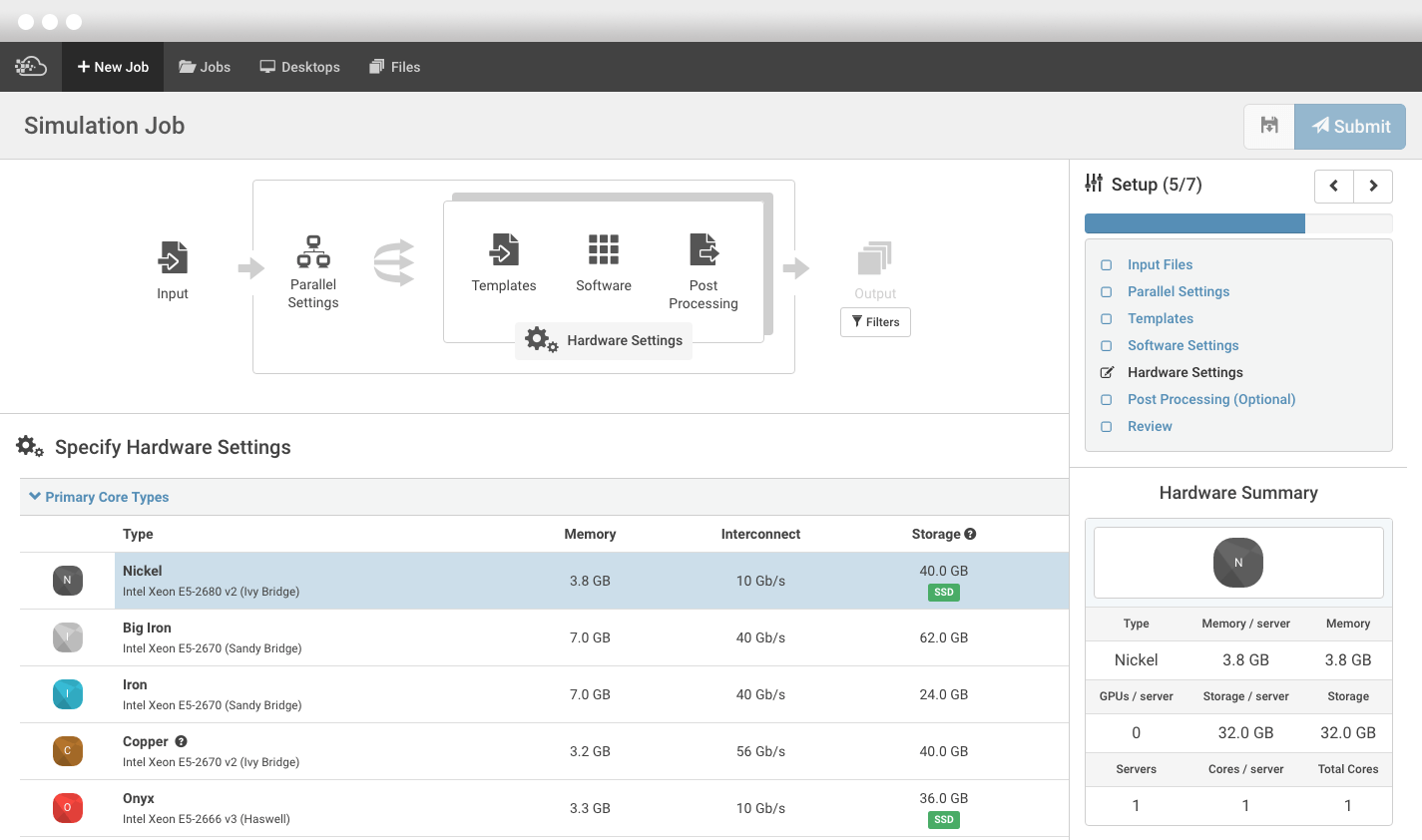 Rescale provides both on-demand and long-term environments and pricing structures, allowing customers to launch single batch jobs, advanced optimization jobs, and large designs of experiments. Moreover, the platform features an enterprise simulation environment and an administrative portal along with direct integrations and management of on-premises HPC resources, schedulers, and software licenses. Rescale’s file management capabilities support the transfer, organization, and storage of simulation input and output files with unlimited storage. And the company’s API and command-line interface enable the porting of applications and programmatic bursting of compute jobs.

Rescale says that over 300 businesses use its hardware and software, among them Amgen, Denso, Airbus, Nissan, Oak Ridge National Labs, Samsung, and the University of Pennsylvania. In 2020, Google and Microsoft kicked off a program with the startup to offer resources at no cost to teams working to develop COVID-19 testing and vaccines. Rescale provides the platform that researchers launch experiments and record results on, while Google and Microsoft supply the backend computing resources.

“Rescale is the first HPC cloud platform created specifically for digital R&D empowering the research scientists and engineers that are building the future,” Poort said in a statement. “Rescale gives engineers simple access to thousands of preconfigured software and hardware profiles, the on-demand capacity of the public cloud provider of their choice, and the ability to focus on R&D outcomes and speeding delivery of new innovation, instead of managing HPC infrastructure.”