Though most of the Resident Evil experience tends to be 'shoot mutants or undead monstrosities and try not to get bitten or mauled in the process', the series isn’t shy about getting into some good old-fashioned fisticuffs — especially when the series took a turn into action movie territory starting with Resident Evil 4.

Though the action is mostly limited to cutscenes, melee combat — usually with fists or knives — can end up in gameplay proper, either as a quick time event after stunning an opponent, or incorporated as an actual attack. However, not all the RE pugilists are created equal, so here are the best of them, ranked. 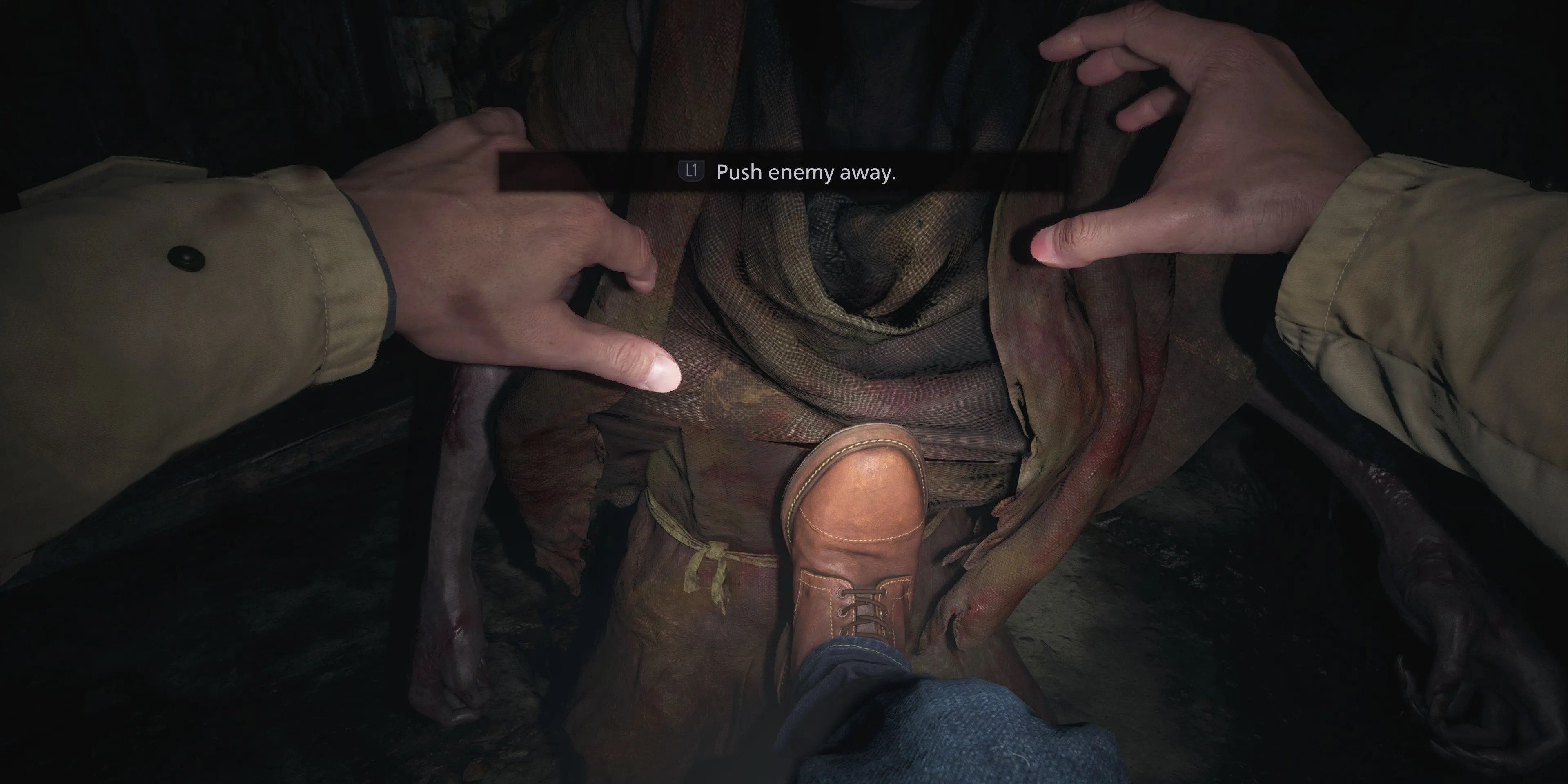 A dedicated husband and later father, Ethan is the protagonist of Resident Evil 7 and 8. Though he is not a master of hand-to-hand combat, he deserves a place amongst the close-combat specialists in RE since, as of RE7, he’s one of the few characters in the series who can guard against enemy attacks.

Already a durable guy, he's able to take hits that would kill others. He soldiers on after being maimed horribly and often (for good, spoileriffic reasons), and his ability to block barehanded makes him even harder to kill. He can mitigate most attacks, including swords, giant axes, or even Lady D’s massive claws. Against lower-class enemies, he can even do a sweet pistol-whip into a Sparta kick to give him some breathing room. 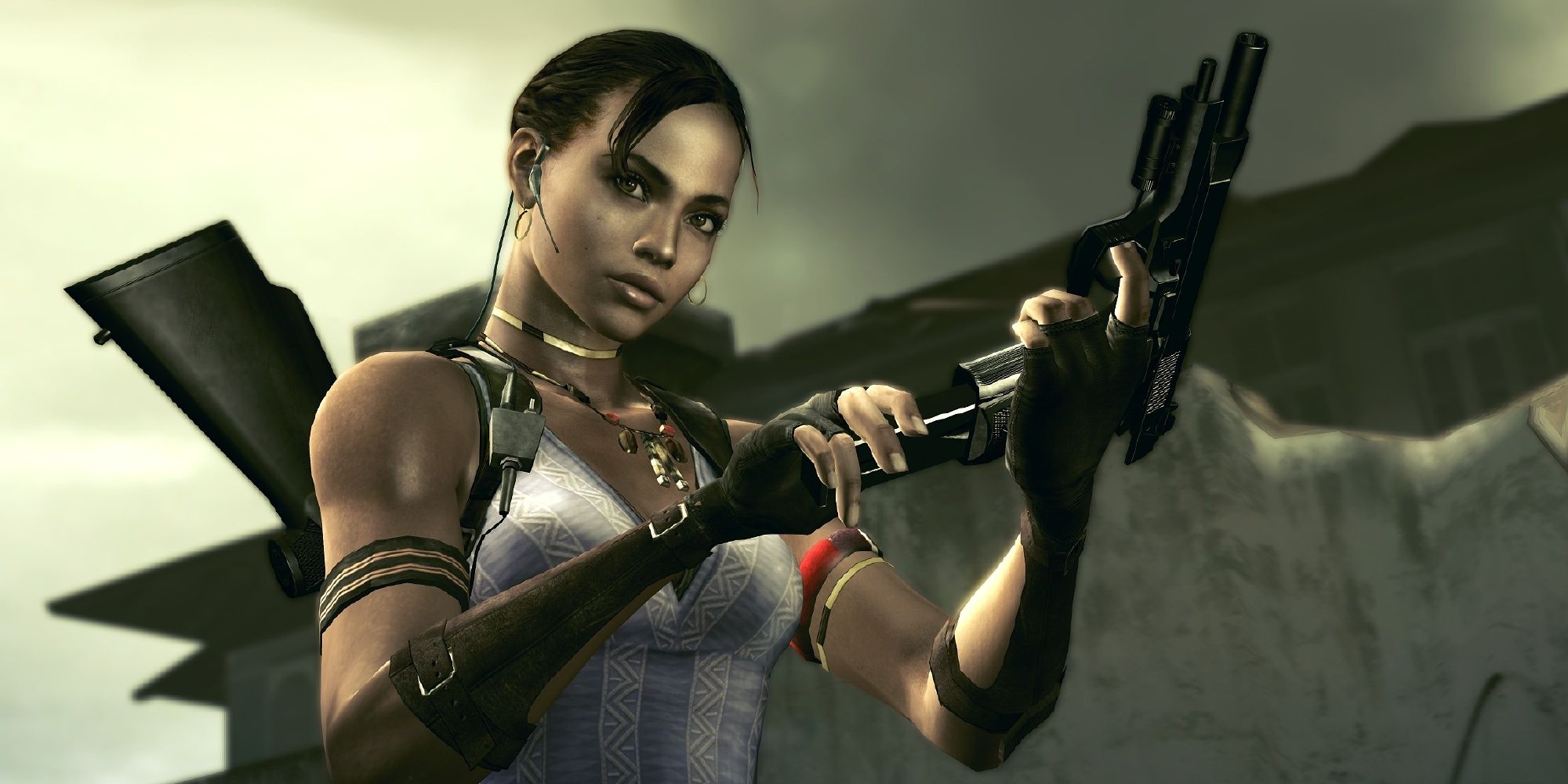 BSAA Agent and Chris Redfield’s partner for the events of Resident Evil 5, Sheva Alomar is an experienced fighter skilled with both firearms and hand-to-hand combat. She's the the smaller, more agile counterpart to the mountain that is her partner.

Sheva is skilled in the use of her knife, and employs it in a few of her executions. The bulk of her follow-ups are various kicks, including an impressive somersault kick. She also employs some Lucha-style grapples, that use her legs to flip the opponent’s skulls into the ground. She can even get some good licks in on the superpowered Wesker, provided she and Chris can stun him. 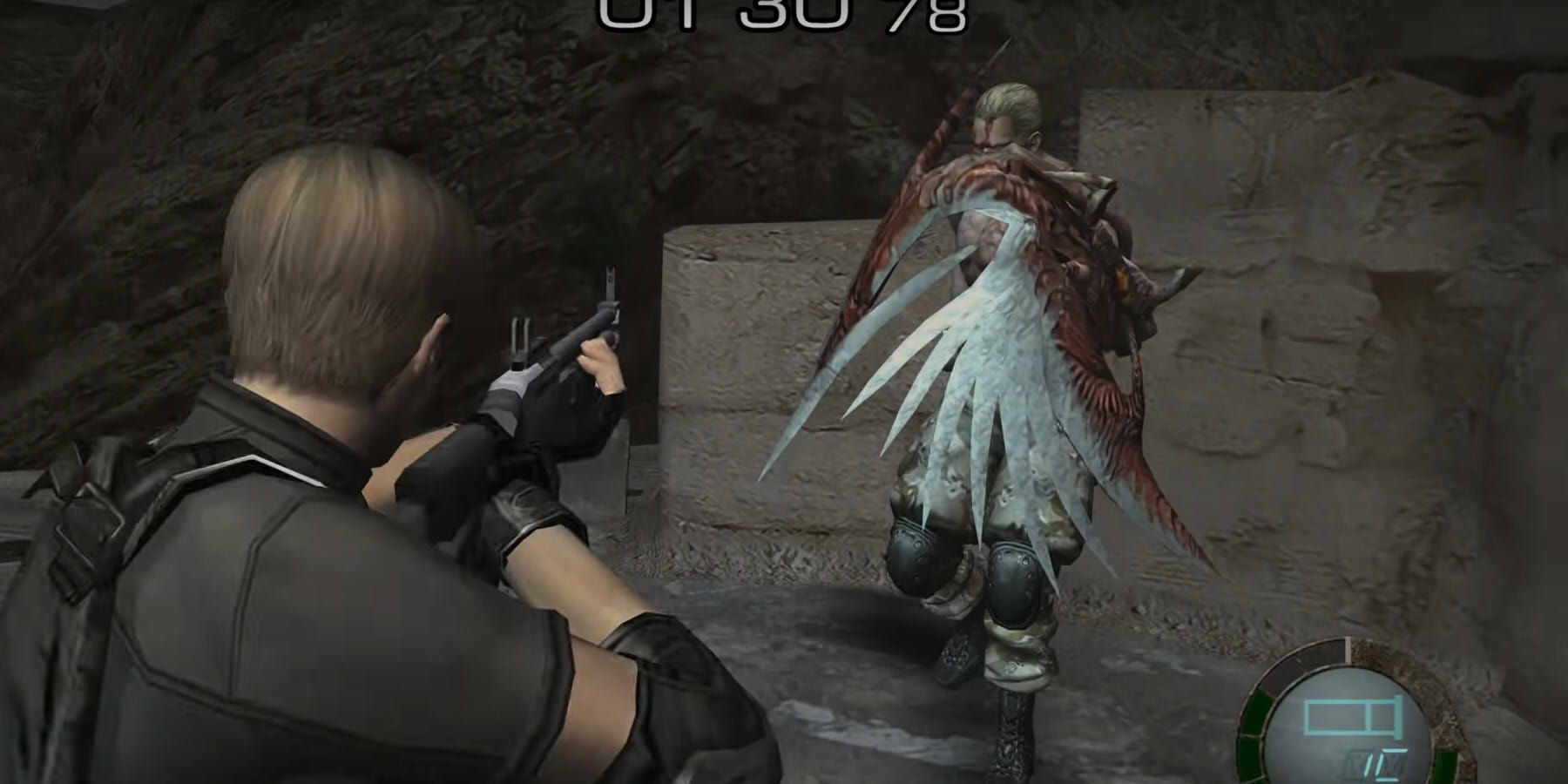 While Krauser is ostensibly working for Osmund Saddler, he's actually a deep-cover agent sent by Albert Wesker and a former teammate of Leon Kennedy. He and Leon share a penchant for knifework.

He seems initially superior to his old partner, even almost killing him — were it not for Ada’s intervention. Leon wins out in the end though, despite a power-up from the Plagas parasite implanted within him. Still, he’s a skilled combatant, and fighting him up close is an even worse idea once he turns his arm into a giant bio-ax. 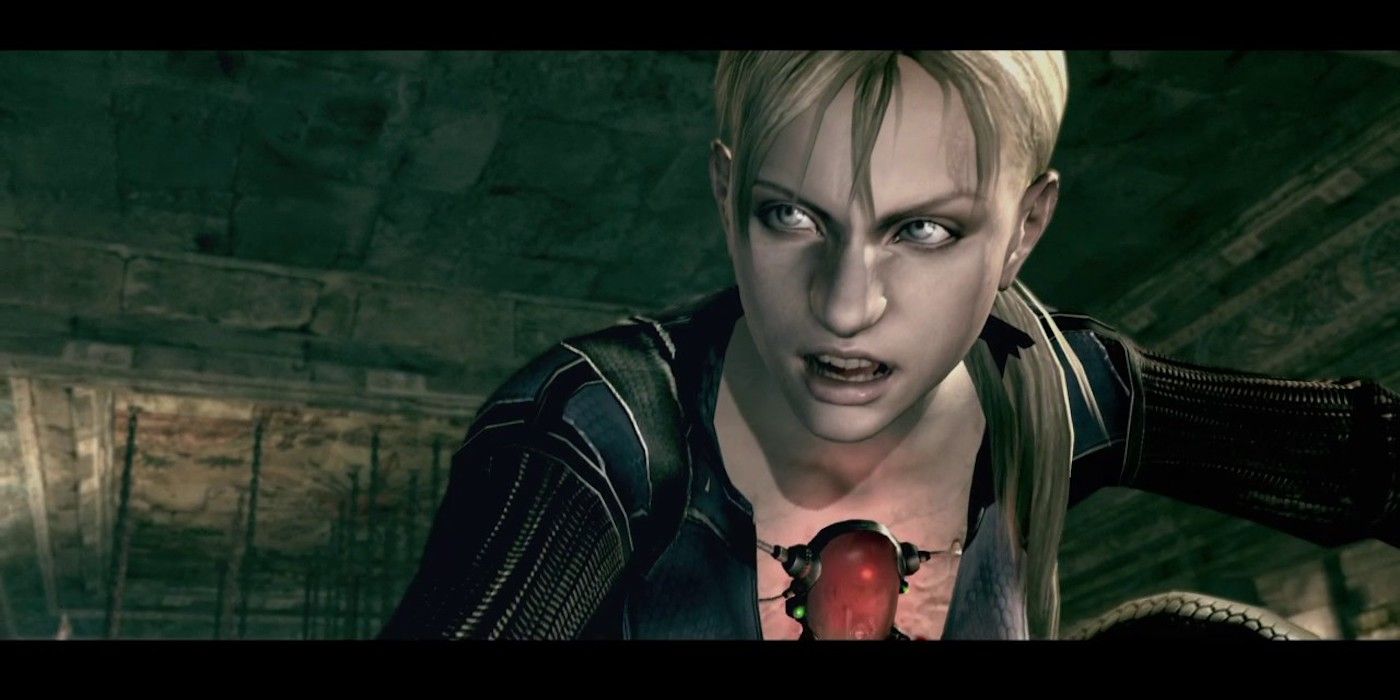 It turns out that the hooded figure we see throughout RE5 is none other than Jill Valentine, mind-controlled by Wesker and sporting a new blonde ‘do, a tight-fitting battle suit, and a bad attitude.

Battle Suit Jill sports a suite of high-flying flips, roundhouses, and kicks, as well as a move where she jumps onto her opponent and snaps their neck using her knees. She briefly fought off Chris and Sheva, and though they were consciously trying not to hurt her, that's impressive given that the two are quite skilled in combat. This version of Jill is such an ass-kicker that she even ended up in Marvel vs. Capcom 3 with Chris Redfield and Alber Wesker. 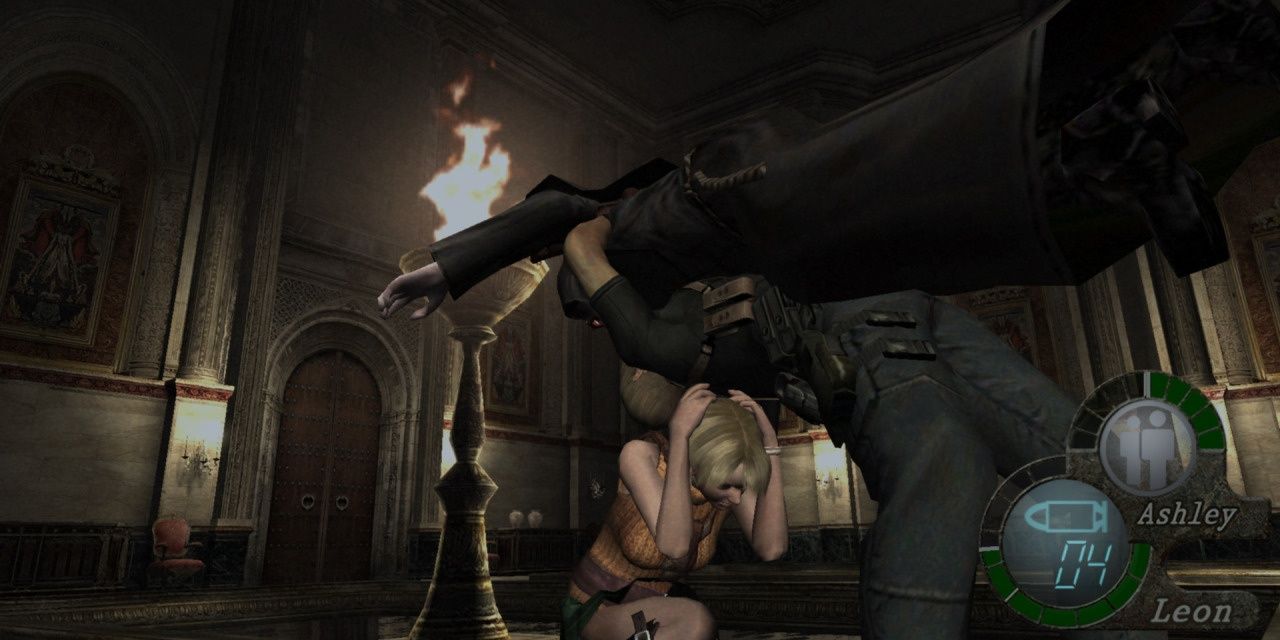 Leon was the first character to show off his hand-to-hand combat chops in the series, when RE4 transitioned it from survival horror to action horror. In RE4, Leon is a U.S. Secret Service agent skilled in all forms of combat, leveling up from a top-tier survivor to a badass federal agent since his days in Racoon City.

Though he prefers to shoot, he’s also happy to send opponents flying or exploding their heads outright with some fancy kicks and elbow strikes. He can even suplex them as if he was in the WWE. He’s also pretty skilled with a knife.

In Resident Evil 6, which takes place almost a decade later, he’s added a few judo moves to his repertoire, and even fought Chris Redfield to a standstill. 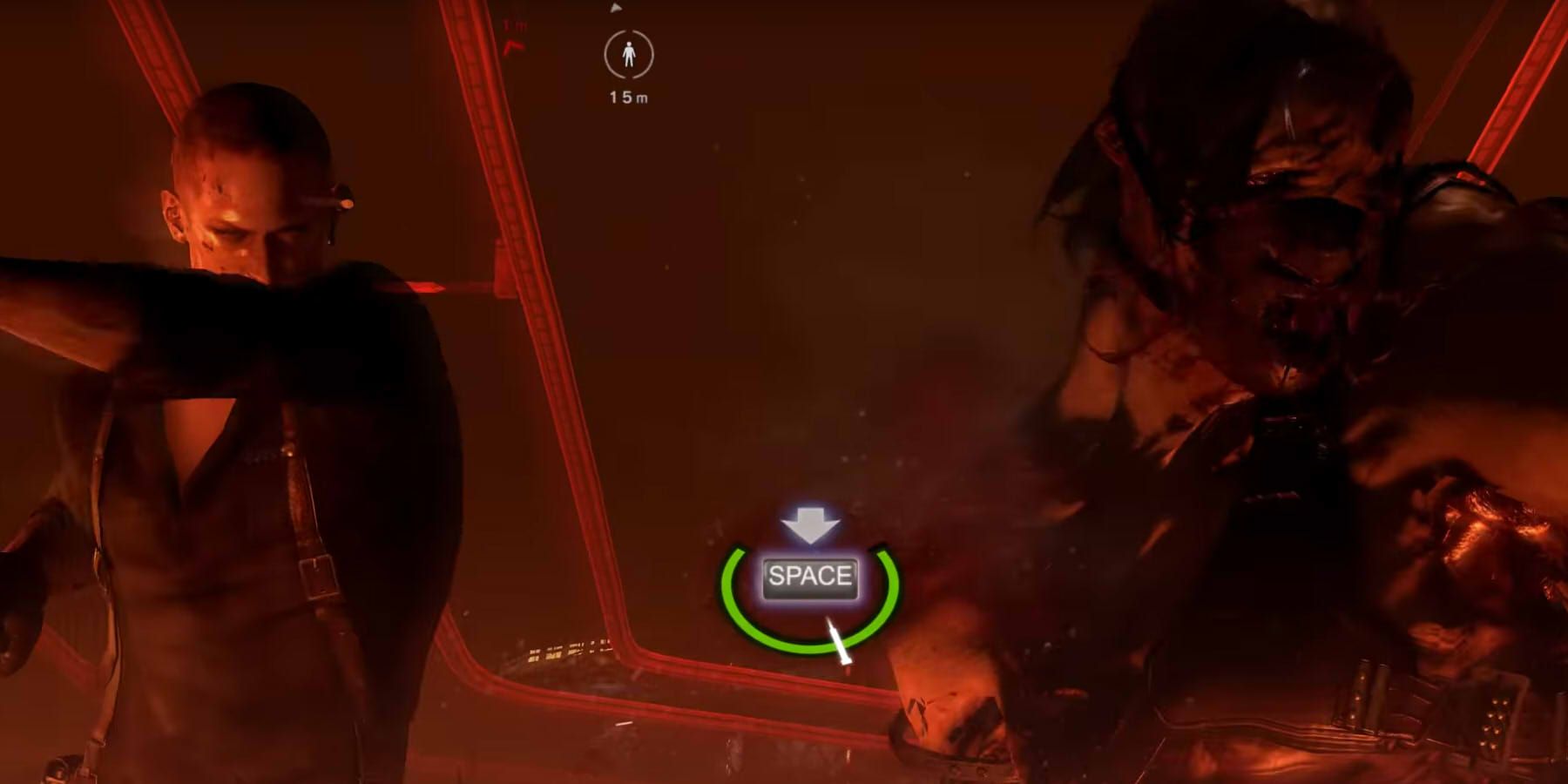 A mercenary and a jerk with a heart of gold, Jake is the unknown son of Albert Wesker. A skilled martial artist, Jake’s moves are a straightforward mix of punches and kicks, though he occasionally pulls acrobatics reminiscent of capoeira as well as some straight-up wrestling moves. Curiously enough, despite never meeting his father, they share a few moves, like a running charge attack and a palms-up uppercut.

Jake has the distinction of being one of two characters who can engage in fisticuffs as a main gameplay element, as opposed to just being the result of a quick time event. He's also one of the few characters to beat a boss-level Biohazard, the Ustanak, with nothing but his bare fists. 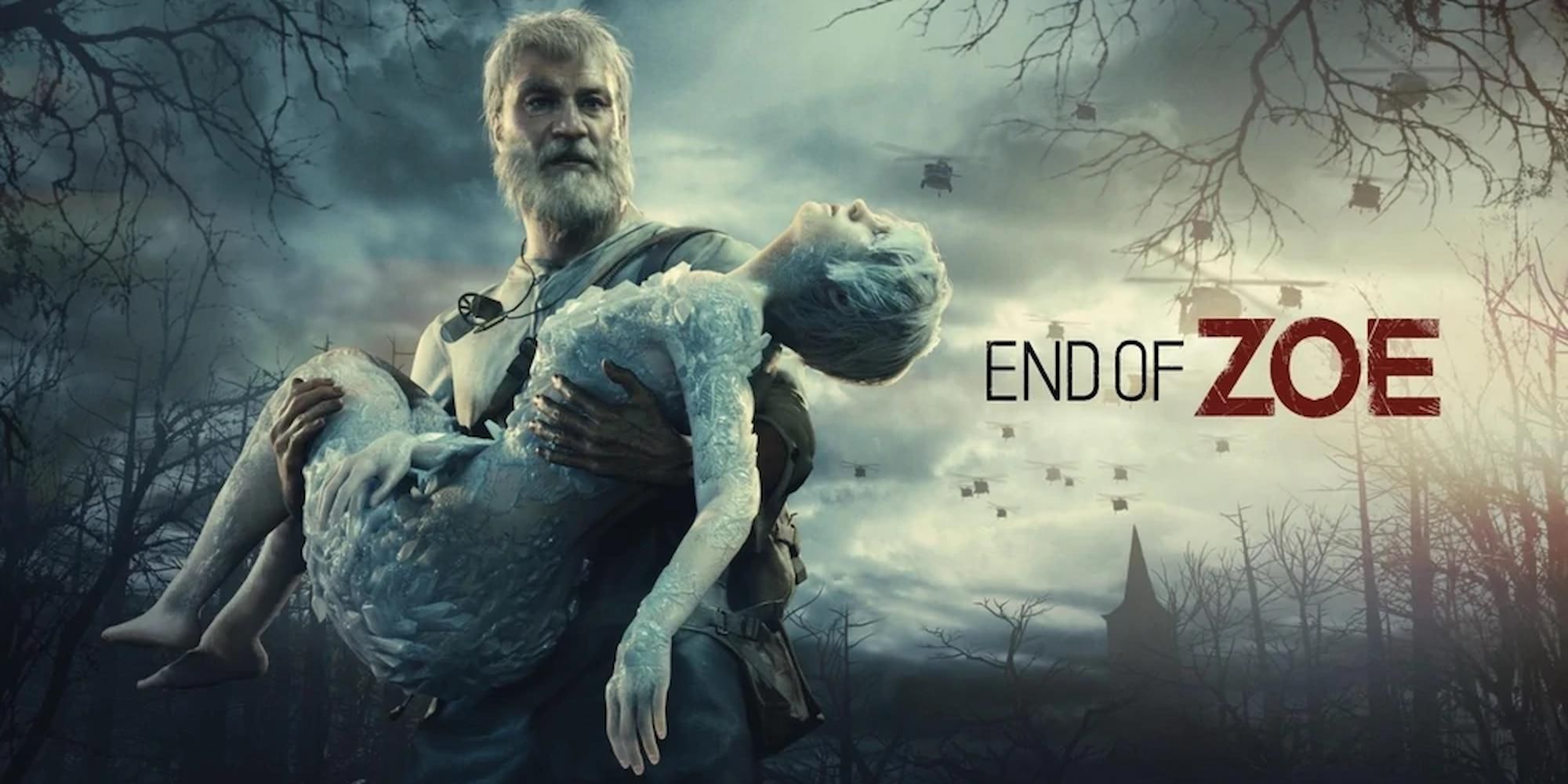 The rough-and-tumble protagonist of the End of Zoe DLC for RE7, this resident of the bayou is not afraid to get down and dirty and embrace the wilder side of survival horror to rescue his niece, the aforementioned Zoe, from her fate.

Joe Baker, like Jake, is one of the few characters who engage in unarmed combat as a main mechanic, but unlike Jake, he prefers to do most of his fighting with his bare fists. He takes on molded monstrosities and the occasional gator mostly barehanded, occasionally using wooden spears if he can find the material to carve them, a rusty shotgun when the rare ammo shows up, and tricked-out power gauntlets in the finale.

As a brawler he’s unpolished, having few moves beyond punching and blocking, but he’s got the power to back it up. 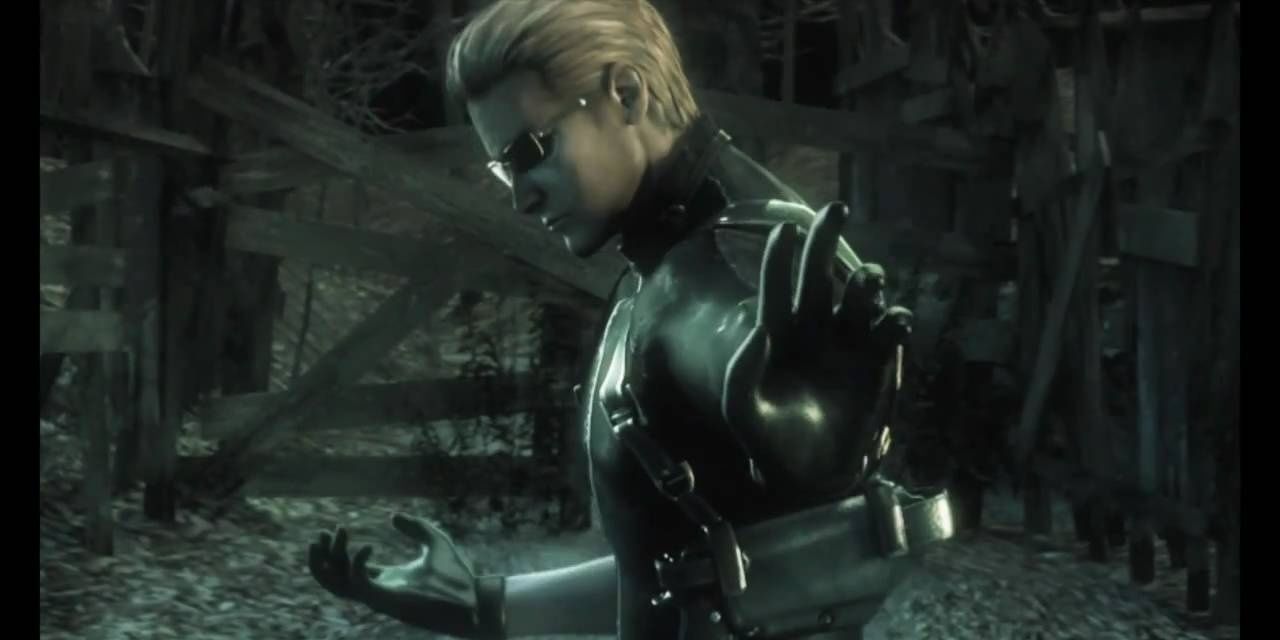 A smooth operator and Machiavellian schemer of the highest order, Wesker’s presence haunts every game up to and including RE5 — either as the main villain or someone in the background pulling the strings.

Just because he’s often the man behind the man, doesn’t mean he’s afraid to get his hands dirty. He even seems to enjoy the fisticuffs, especially since he’s virally enhanced and without the drawbacks. Still, his fighting style is as immaculate and efficient as his machinations, using straight kicks and palm strikes to dismantle his opponents, or charging them with superhuman speed and putting them down before they can even react. 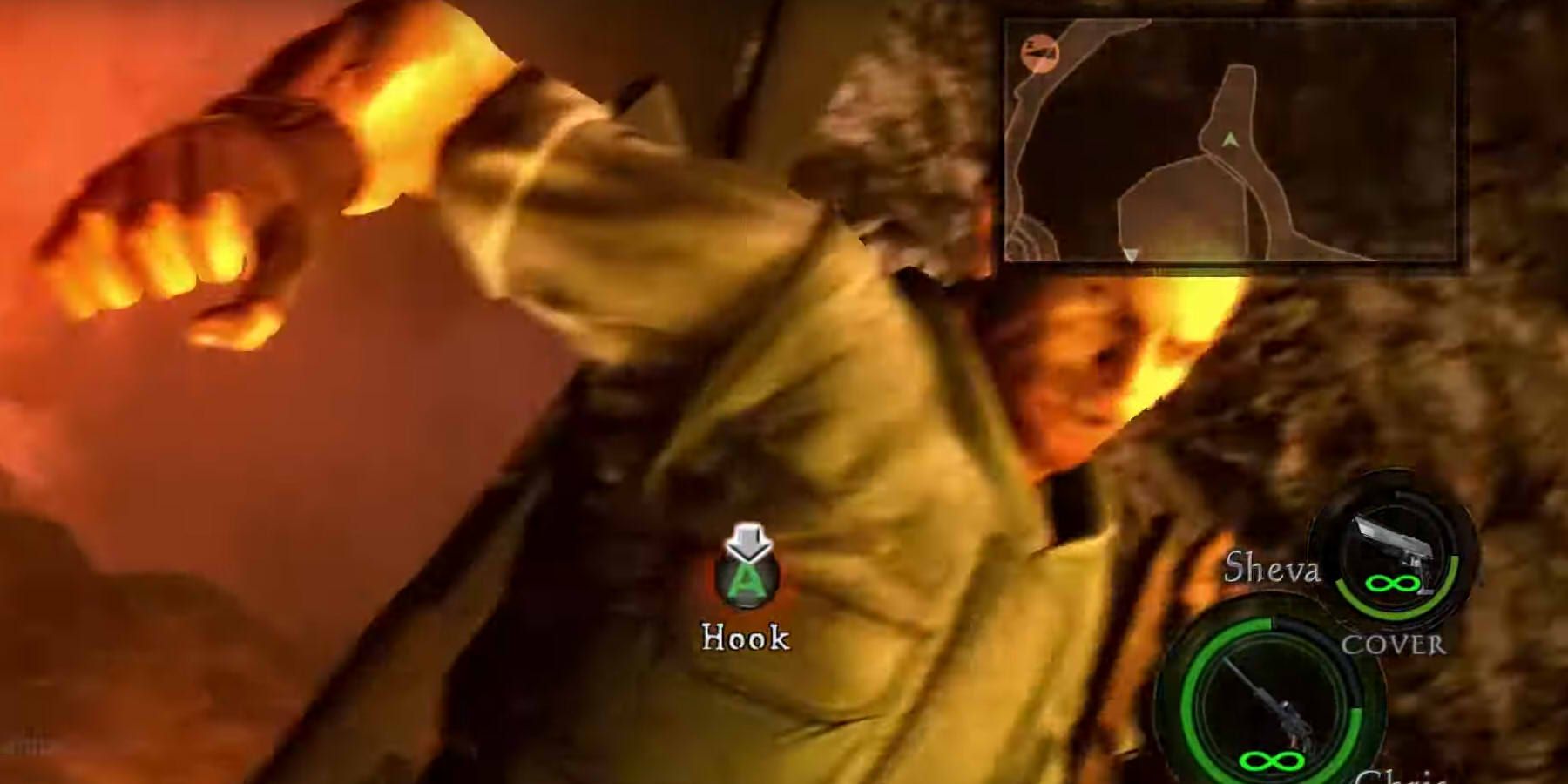 More of a brawler than a martial artist, what Chris lacks in finesse, he makes up for in raw power. His melee attacks have him doing some big windups before going for the hit, be it a straight, a hook, a backhand, or even a stomp. While it looks unwieldy, the results are worth it.

By RE8, he’s also learned to fight more defensively, being one of only three characters who can block in melee combat. Unlike Ethan, he doesn’t need a fancy combo to give him some room, when one punch lays opponents flat.

Also, he’s the only character to start a fistfight against a boulder and win. Would it have been more efficient to just push the boulder, or go around? Definitely. But still, Chris was strong enough to PUNCH THE BOULDER out of his way, a feat so impressive that almost ten years later, in a remote village cut off from the rest of the world, Heisenberg knows about it.