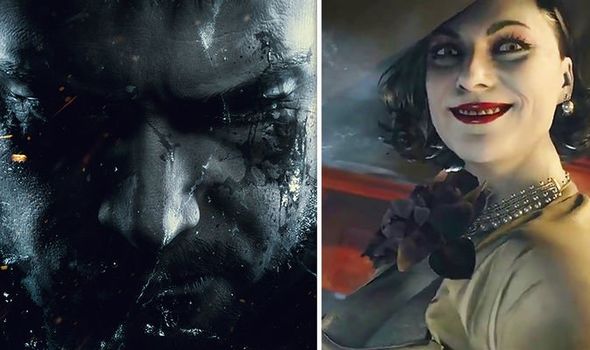 A direct sequel to Resident Evil 7: Biohazard, the game once again utilises a first-person perspective, as Ethan Winters explores a mysterious village in search of answers.

“Set a few years after the horrifying events in the critically acclaimed Resident Evil 7 biohazard, the all-new storyline begins with Ethan Winters and his wife Mia living peacefully in a new location, free from their past nightmares.

“Just as they are building their new life together, tragedy befalls them once again.”

After some less than impressive entries in the Resident Evil series, Capcom has steadied the ship with more recent releases and remakes.

Is Resident Evil Village up to the same high standards as Biohazard and the recent Resi 2 and Nemesis remakes? Check out the review round-up below for a better idea about its Metacritic score.

IGN – 8/10: “Boss fights are a bit of a letdown but the great variety of enemies throughout keeps things tense, especially on Hardcore mode. The fact that it’s very much a throwback to the fast-paced action of Resident Evil 4 also means it largely takes a step back from the slow-burn scares of Resident Evil 7’s excellent opening hours, which may well disappoint those who prefer more psychological dread to blowing off heads.

“But if you have an itch for action-heavy survival-horror, then Resident Evil Village will scratch it like a fistfull of Lady Dimitrescu’s freakish fingernails.”

WCCFTech – 9/10: “Resident Evil Village is a wild, thrilling ride across seemingly every horror genre and idea that happened to pass through the mad minds at Capcom. Not every aspect of the game is perfect, but its highs are very high and solid core mechanics and excellent presentation hold the grisly patchwork together.

“You may survive Resident Evil Village, but your thoughts will linger there long after you’ve escaped.”

PlayStation Universe – 9/10: “This is still quintessentially Resident Evil and one of the biggest, content-rich endeavours the franchise has seen to date. If you’re a fan new or old, Resident Evil Village is one blood-soaked, spine-chilling destination you’ll want to visit.”

Metro – 7/10: “Village is a very competently made game, whose ending hints at a new direction for the series, but there’s no way it’s going to go down as a classic in its own right. It’s perfectly enjoyable but it’s also quickly forgettable.

“At some point it may be seen as a transition step towards whatever Resident Evil becomes in the future but for now it’s perilously close to being Resident Evil by numbers. The series has suffered much worse sequels in its past, but it’s also had a number that were considerably better than this.”

“Thankfully, Village’s amplified action doesn’t diminish its horror. If anything, Village maintains a sense of dread that few games can match. If you have the intestinal fortitude for intense terror, playing Resident Evil Village is a great way to check your pulse.”