For years Telltale Games has been synonymous with a genre of episodic, narrative-driven adventure games that were popularised by its most established series: The Walking Dead. It was back in 2012 that the studio decided to eschew the pulpier, action-oriented script of zombie games at that time, instead opting to delve into the throbbing heart of zombie fiction: its people. Beyond the ceaseless bloodshed and imagined stench of rotting flesh in these games (and of course, movies), zombie fiction has always been about the living: how humans would overcome their ugliest instincts, band together to survive the apocalypse, and ultimately still destroy and murder one another over the most trifling concerns.

In a way, the main Walking Dead series—I’m referring to the original comics and the television show it inspired—is deathly guilty of the latter. The truth is that everyone in the series is somehow oddly insufferable, but this is fortunately less so in the first season of Telltale’s The Walking Dead. Lee, the de-facto leader of the Walking Dead crew, is perhaps one of the most sympathetic and likeable games protagonists in recent memory, and this is often exemplified through the game’s branching storylines, as well as the choices you can make as Lee. These are decisions that will supposedly ‘make a difference’ in the game’s overarching narrative and the myriad character development that takes place, as seen in the game’s countless reminders of ‘Clementine will remember that’, Lee’s surrogate daughter and the player’s moral compass. Will Lee choose kindness over self-preservation? Will Lee save Duck or Shawn? Will Lee choose to lose his temper at Kenny, a man who can’t seem to stop yelling at everyone?

And with these choices comes one of the fiercest criticisms the series have consistently faced: that these decisions are mostly inconsequential, because the truth is that no matter what Lee chose to do—like lose his fucking temper at Kenny, or let Kenny lose his fucking temper at him—the end result is largely the same. In this particular instance, either Lee or Kenny will end up tossing a bust at a random wall in sheer frustration, revealing a much-needed exit for the trapped survivors, turning the moment into a deus ex machina. But still the game continues to gather accolades after accolades, inspiring multitudes of episodic adventure games and, equipped with this particular formula, cementing Telltale Games’ reputation as one of the bastions of narrative games. 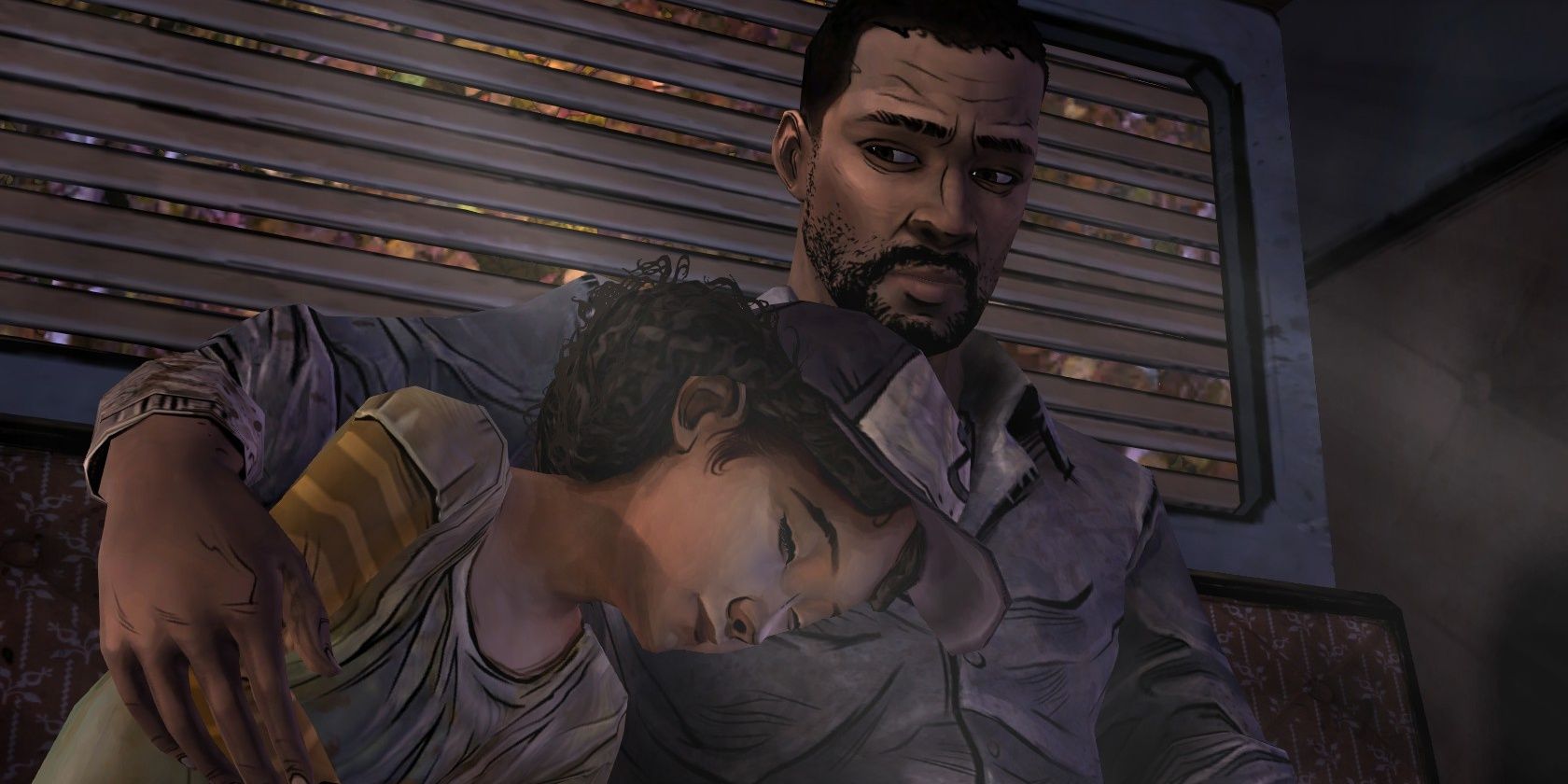 Yet it’s these choices that define the Walking Dead experience: the so-called illusion of choice to make one stomach-churning decision over another. There is a misconception that the height of interactivity in games is player agency—and to the credit of the studio’s biggest naysayers, Telltale Games has often marketed its games as such, by suggesting that the stories are tailored to the player’s decisions. But it’s the very quality of Telltale’s writing that makes each choice distinct, and it still matters whether Lee or Kenny is the one who’s losing their shit because of the player’s own concern for Clementine’s—and to an extent, Lee’s—well-being. Had they been as insufferable as the characters from the original Walking Dead series, I would be pretty much detached about their ultimate fate. And I was far from detached; by the time the final episode played out, I was sobbing alongside whatever remains of the survivors.

In the end, Telltale’s take on The Walking Dead succeeds not from the expansiveness of its tale—that the player can do whatever they want to shape the story to their whims—but from the strength of its writing, which is one that’s ripe with immeasurable depth. That’s the full extent of Telltale’s legacy: coming up with a zombie game that’s bigger in heart than bloodshed, as it relegates the diseased monsters as mere backdrop for its immensely human tale.