Set in the fictional country of Petria in 1996, Road 96 is an unabashedly political, coming-of-age adventure game. Following an eclectic mix of characters, in the turbulent run-up to a presidential election that could spur or doom a revolution to overthrow the authoritarian regime of Tyrak. All of this is set to a fantastic soundtrack featuring artists such as The Toxic Avenger, Robert Parker, and more; with the songs being hidden as collectable cassette tapes throughout the game.

There are 18 tapes to collect in total and you won't find any duplicates, which makes your life easier. But because all the encounters are randomised — except for Zoe, it can be hard to know where to start. So we’ll run through where you can find all the cassettes in each chapter as they pop up.

There are two opportunities to grab tapes here. If you’ve got $10 spare, there might be a teenager you can buy one from. They’re sat to the left of the rock pile as you enter the campsite.

The second chance is when you fall asleep, Zoe will wake you to come to hang out with her. After playing the trombone, she’ll soon give you a tape to remember the moment.

When you've completed the first chapter, you’ll be able to choose a missing teen to play as. Since you’re collecting tapes, choose a character with at least $10 so you can buy cassettes from traders.

Play Connect Four and listen to Zoe’s music. When she asks if you like the music, say “I do! Totally” and she’ll give you a tape to remember her.

Go through the tunnel and take a right at the parked car with the headlights on. Open the door, go through the hallway and out of the next door into a dilapidated building. Under the stairs is a radio and an overturned desk, look in the far drawer of the desk and take the tape inside. 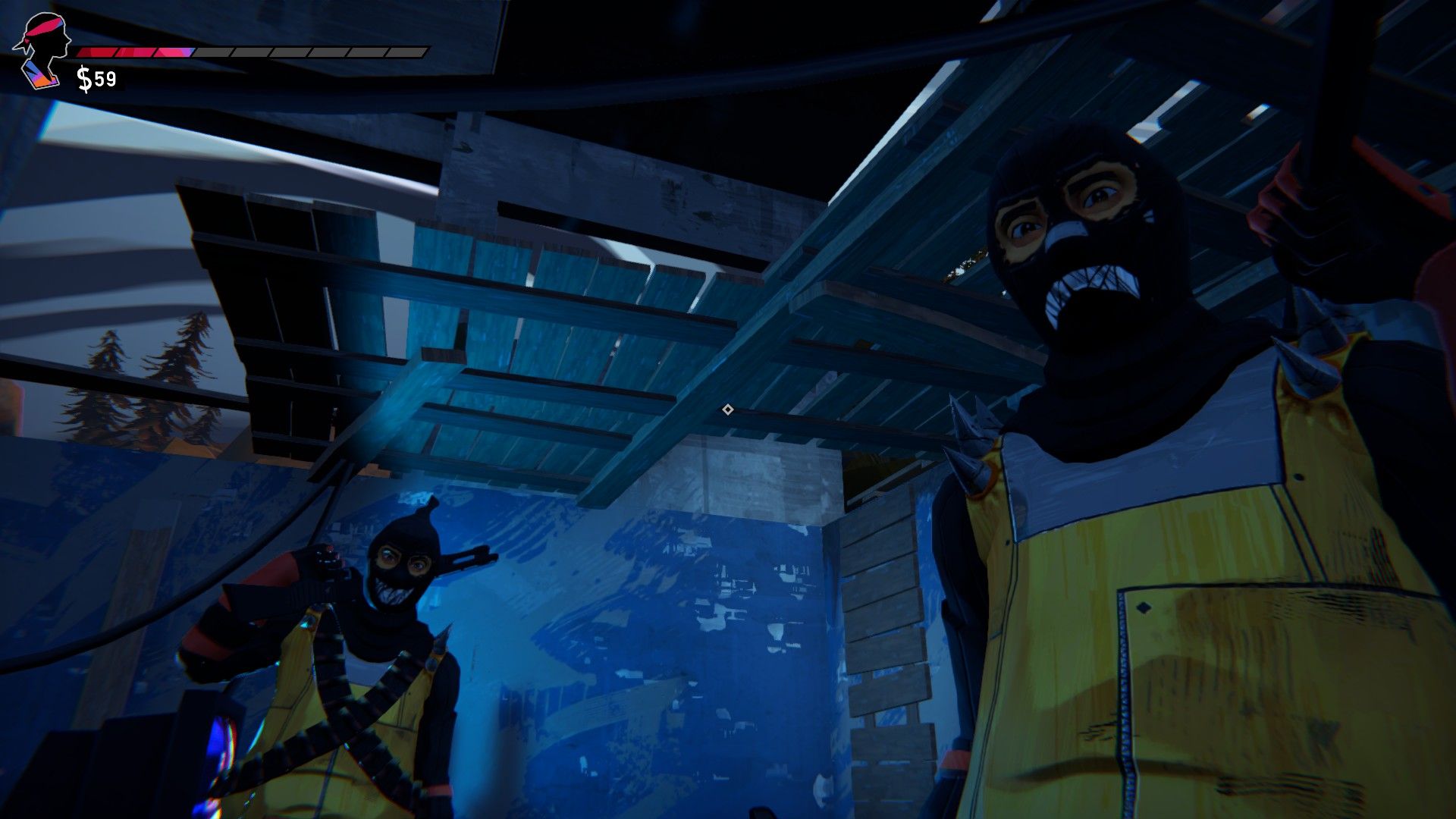 Nobody’s Supposed To Be Here

When you spawn in, follow the main trail. At the end of the path, look left to find an abandoned house. To the right of the building is a small pond with a fishing rod hung over a rock. Interact with the rod to reel in the line until the option disappears, then nab the tape at the bottom of the line.

A View To A Kill

When you can look around in the sidecar, turn around and look in the bag to get a tape.

Thieves In The Temple

Help Stan and Mitch break into the Happy Taxi rank. Eventually, an agent will try to smash the door into the security room. Before you leave, unlock the safe using the code 2237 (the code is in the drawer to the left of the alarm console) or hack it if you have the ability. Grab the tape inside.

From the Super Supper restaurant, head around the right side of the building to find a teenager selling a tape for $10.

Now head to the rear of the diner and use the lockpick ability to go in through the back door. Look right and go to the desk. Open the right drawer and steal the tape inside. 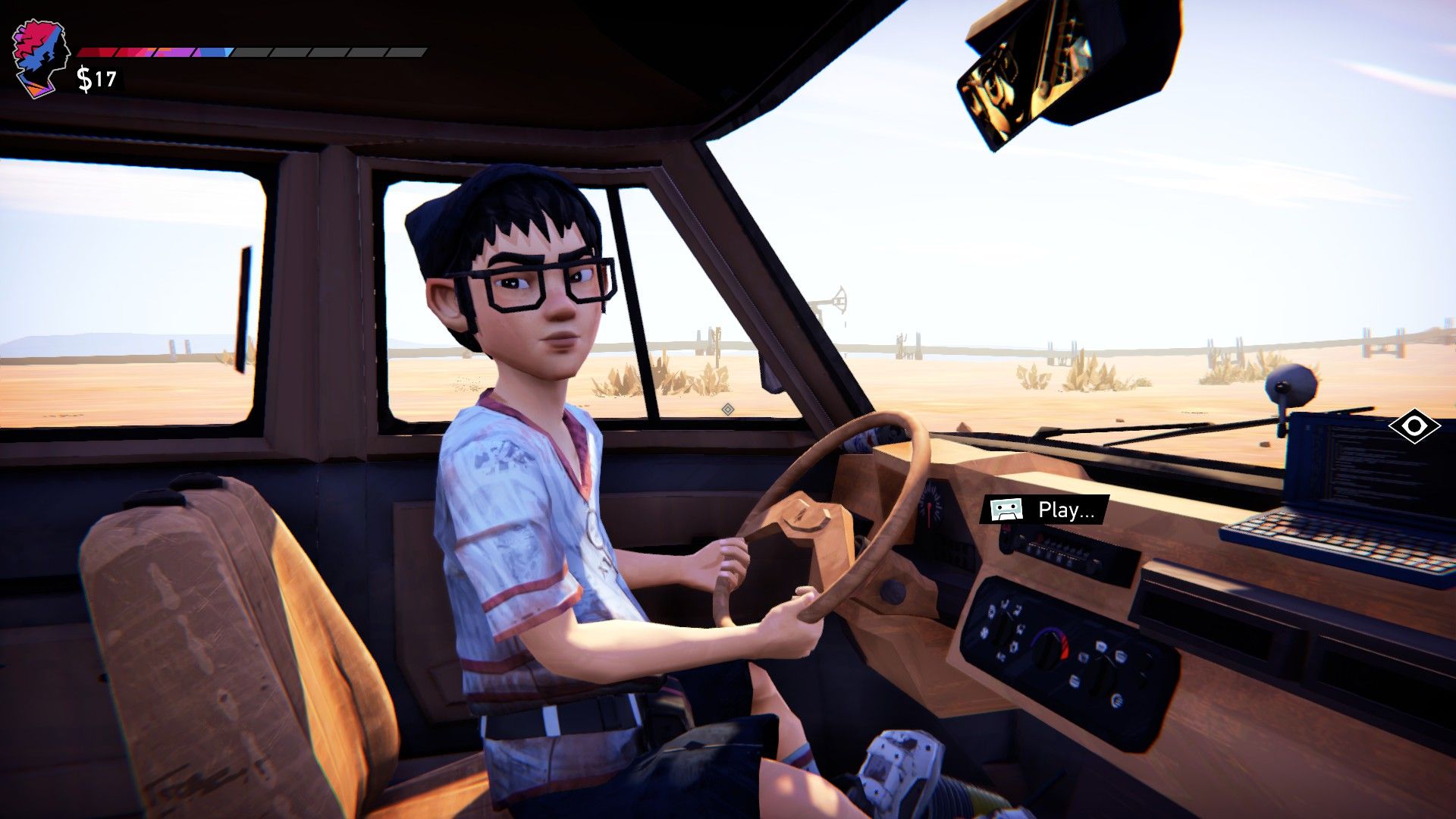 Go around the right of the diner to find a teenager selling a tape for $10. Then head into the diner.

At the right end of the bar, there’s a sale stand where you can also buy tapes for $10.

Alternatively, after hacking into the back room with Alex and getting caught, you can go back into the diner and behind the bar. Head towards the sales stand and steal the tape instead.

Look next to Alex, you’ll see a tape but can’t grab it. Carry on with the chapter and rest on the pillow. Eventually, you’ll sit next to Alex who’s talking to ‘Mister Ursus’. Offer to help look for police transmissions by tuning the scanner. When you’re done, Alex hands you the tape as thanks.

Walking In My Shoes

Help Alex find the phone booth keys using the metal detector on his computer. Search near the green bushes to the right of the bones and you should dig up a box containing a tape.

In the front passenger seat of the van, look at the side pocket of the door — next to the footwell, and you'll see the tape.

Whilst you’re driving the stolen car, press eject on the radio to get the tape inside.

While sitting in the cab, in front of you are four magazines. Look at the covers to find one with the picture of a cassette on it. Read that magazine, then put it back to get a tape.

When Jarod pulls over to deal with the terrified and begging ‘flat tire’, look into the front of the cab and steal the tape on the passenger seat, next to the handcuffs.

In the car park to the right of Palava’s Bar, a teenager is selling a tape for $10.

Now Head into the bar and offer to work behind the bar. While serving drinks, steal the cassette on the left side of the cash register. 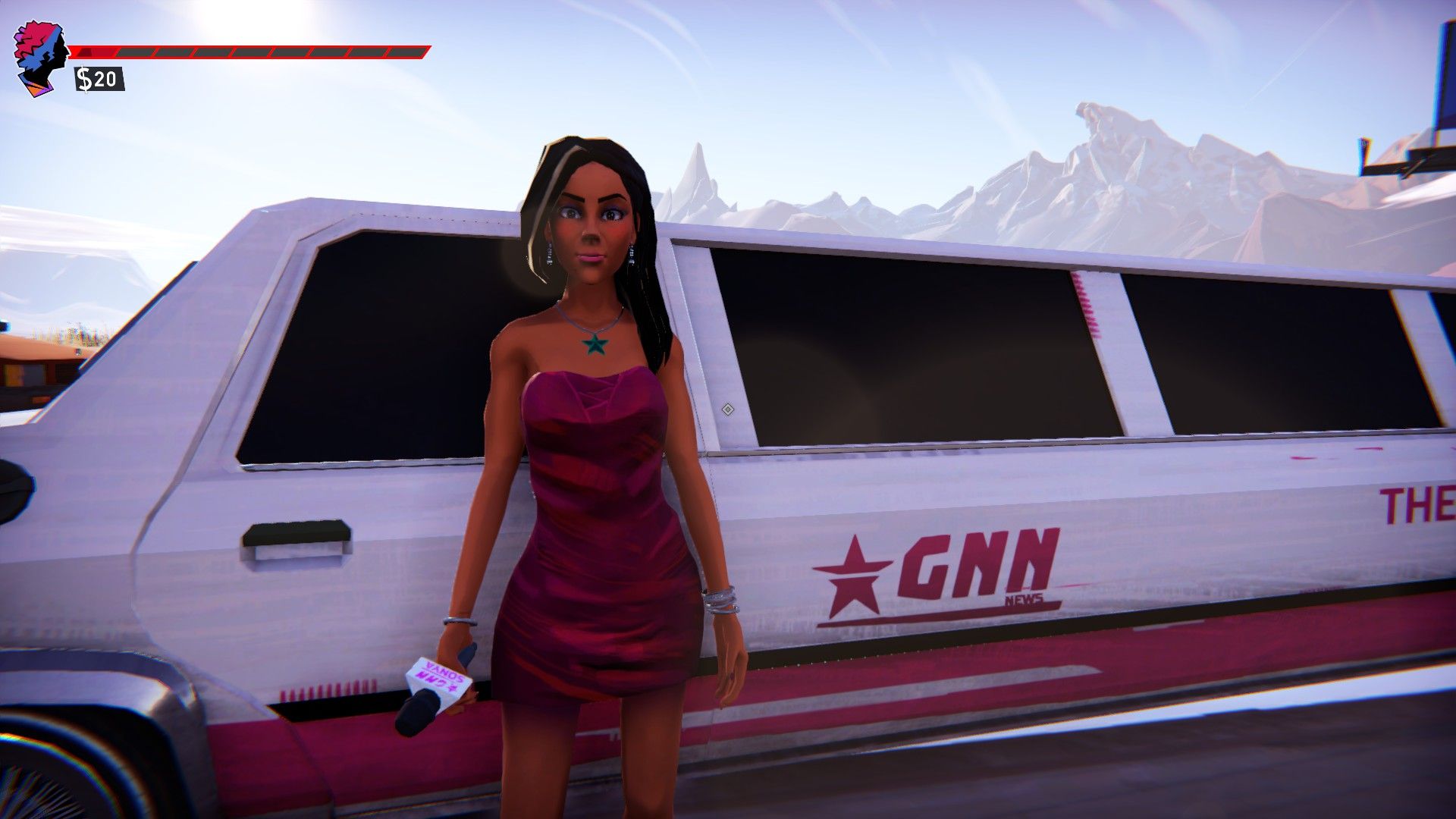 When Adam opens the partition window to say The Sonya Show is starting, Sonya will tell you to ‘park those buns’ next to her. Once you’ve moved over, look left and move the pillow off the seat to reveal the tape underneath.

As you’re walking towards the Tyrak political rally, look right after the trash can until you see a broken-down car left behind a boulder. Open the front-left door, then you can eject the tape left inside the cassette player.

When Sonya gets into the car, look next to her feet and grab the tape in the rear passenger’s footwell.

I’ve Seen That Face Before

If you’ve got the lockpicking ability from Stan and Mitch or the OMEN Vitality ability from John, you can grab a tape here. Offer to take the champagne and use the employee motel card to open the ‘Authorized Personnel Only’ door — Just to the right of the reception.

Open the leftmost locker and steal the cassette inside.

If you get the OMEN Gaming Hub software and launch the game from there, you can unlock the OMEN Vitality ability from the main menu. Which gives you an extra two energy and the ability to break locks. 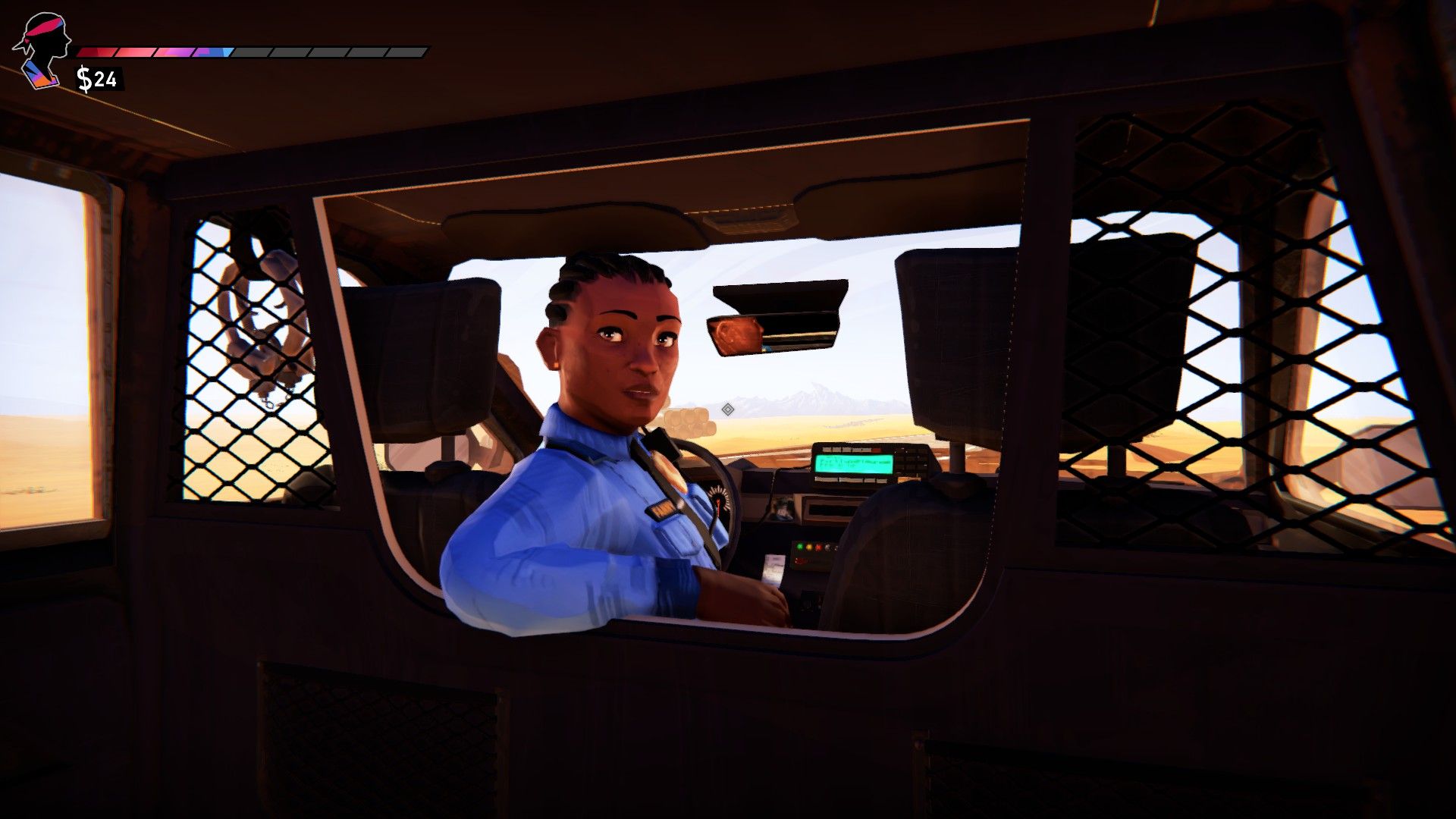 Go to the right side of the gas station, into the corrugated shack, and interact with the drawing in the back left corner of the room. Then go to the left side of the gas station, towards the barrels near the radio tower. Peer into the open barrel and read the note. Now, from the yellow 'environmentally hazardous substance' sign, look at the rusted car behind the station and take 10 steps towards it. When you look down, there should be a prompt to dig, where you'll pull up a box with a cassette inside.

As soon as you load into the car, look below the radio and pick up the cassette from the tape holder.

Something In The Way

Talk to the teenager sitting across from you. When he talks about missing his bed, say "I totally understand", and he’ll give you a tape for the road.

Blame It On The Rain

As soon as you gain control of your character, look down at the passenger glove box and open it. Take one of the tapes inside.

As the chapter starts, follow the trail next to the road until you reach a fork. Instead of interacting with John, walk left and go behind the cairn to find a rucksack in a small tent. Search the big pocket to find a tape.