Running around the seemingly never-ending hallways of Roblox horror game DOORS can feel frustrating, particularly if you're being chased by one of the game's many monsters. Reaching door 50 sometimes feels unachievable, but with some know-how, you'll be kicking down door 50 and heading on to door 100.

It's worth remembering the levels of DOORS are randomly generated from a set of templates, meaning after several attempts, you'll begin to recognise layouts. Learning these will be key to getting through each area safely, but you also need to be aware of each monster and a couple of different room types. 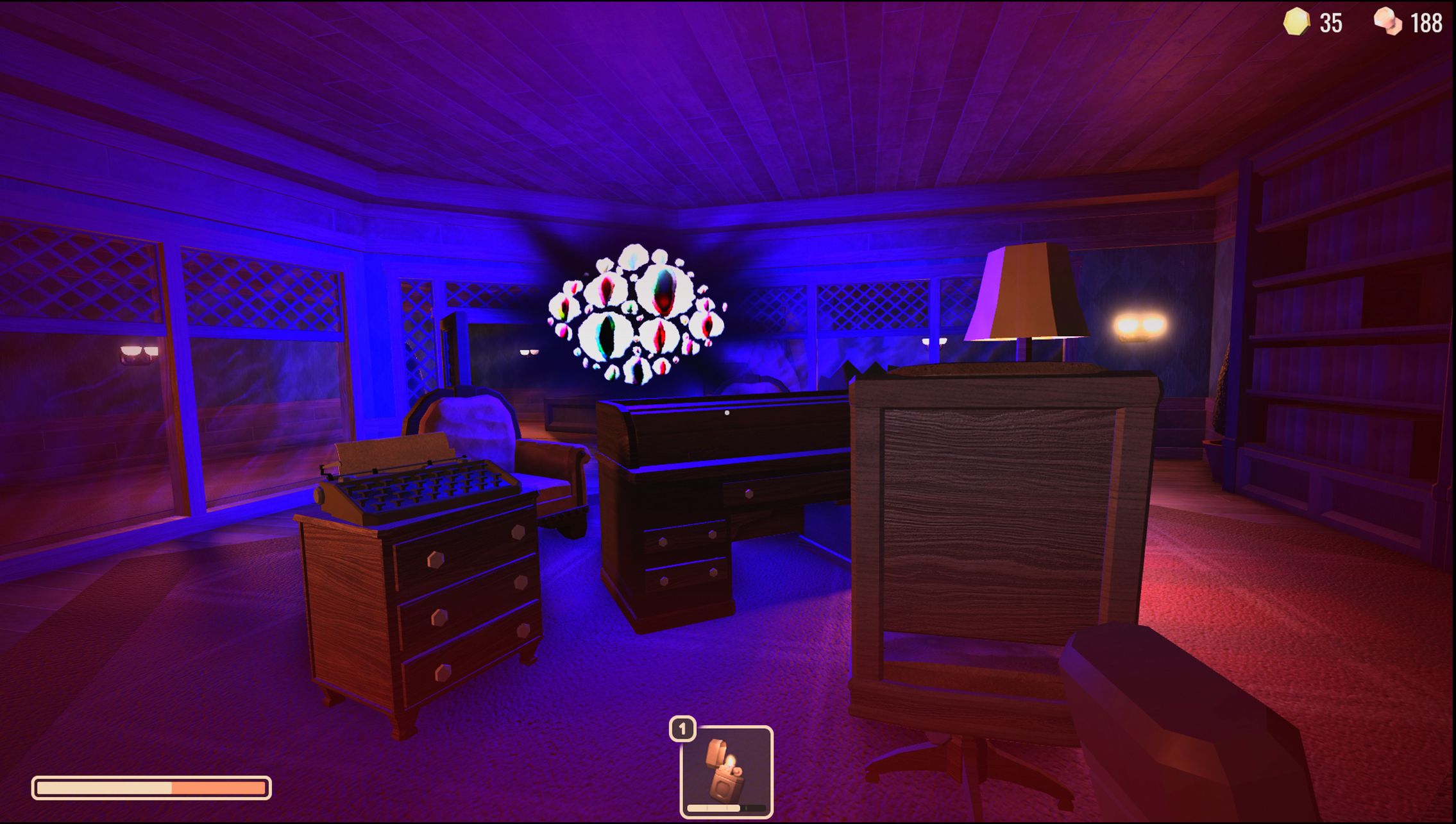 A major random element of DOORS is the monsters and when they appear. Any and all the monsters can appear in a game of DOORS up to, and past, door 50.

Each monster acts differently, and noting which one you're up against is key to escaping them, as is knowing how they act. Having go-to tactics for each entity will allow you to stay ahead of the game and survive for longer.

Ambush operates much like Rush (see below) in that it charges through the corridors searching for you. You'll know Ambush is hunting you when the lights flicker, though this is also a sign of Rush entering the area too.

The key to avoiding Ambush is to hide in the wardrobes, but it's worth noting that Ambush will speed through the room a minimum of two times and a maximum of six.

You'll know if Eyes is in the room with you because you'll spot them right away. This monster, made entirely of eyes, will spawn randomly, and the only way to avoid damage is to not look directly at them. You can touch or even walk through Eyes, as long as your camera isn't directly pointing at the creature.

You may never encounter Glitch as it only appears when playing with other people. You can prevent Glitch from spawning as long as your group stays close to each other. Anyone left lagging behind may encounter this entity.

Halt may be the scariest and toughest creature to deal with. Upon finding Halt, you will find yourself in a long, dark corridor. As you're walking along, the words 'turn back' will appear on-screen. As soon as you see this, immediately turn around and walk in the opposite direction.

This will happen several times, with you slowly inching your way to the exit. Keep moving and react as fast as possible, and you'll soon find yourself safe.

You're most likely to encounter Hide while dealing with Rush or Ambush, as Hide appears if you've been sat in a hiding spot for too long. While you're hiding you'll notice your screen changing slowly and the words 'Get Out' will appear.

s soon as you see this, hop out of your hiding spot and hop back in or switch another close by. If you don't do this, Hide will kick you out, take 40% of your health and prevent you from hiding again for a while.

Thankfully Jack doesn't damage you when you encounter it. Jack just likes to be a nuisance and scare you when you're trying to hide in a wardrobe. It's still worth knowing though, in case Rush is on the way.

Rush will announce itself as soon as you enter a room. If the lights flicker, then Rush is on the way. The only way to avoid being eliminated is to hide. You can hide in a wardrobe, under a bed, or inside a vent.

As Rush stampedes through the corridor, it will break all the lights and open the exit door for you. Just stay hidden until it has passed by. Unlike Ambush, Rush only charges through once.

Screech may be a monster that many will find difficult to deal with. Screech always appears where you'd least expect and signals itself with a "psst!" You will then have to find Screech and look directly at it before it can damage you.

This creepy creature is fast and can often be hard to find in time. If it manages to land a hit on you, you'll be losing 40 percent of your health. 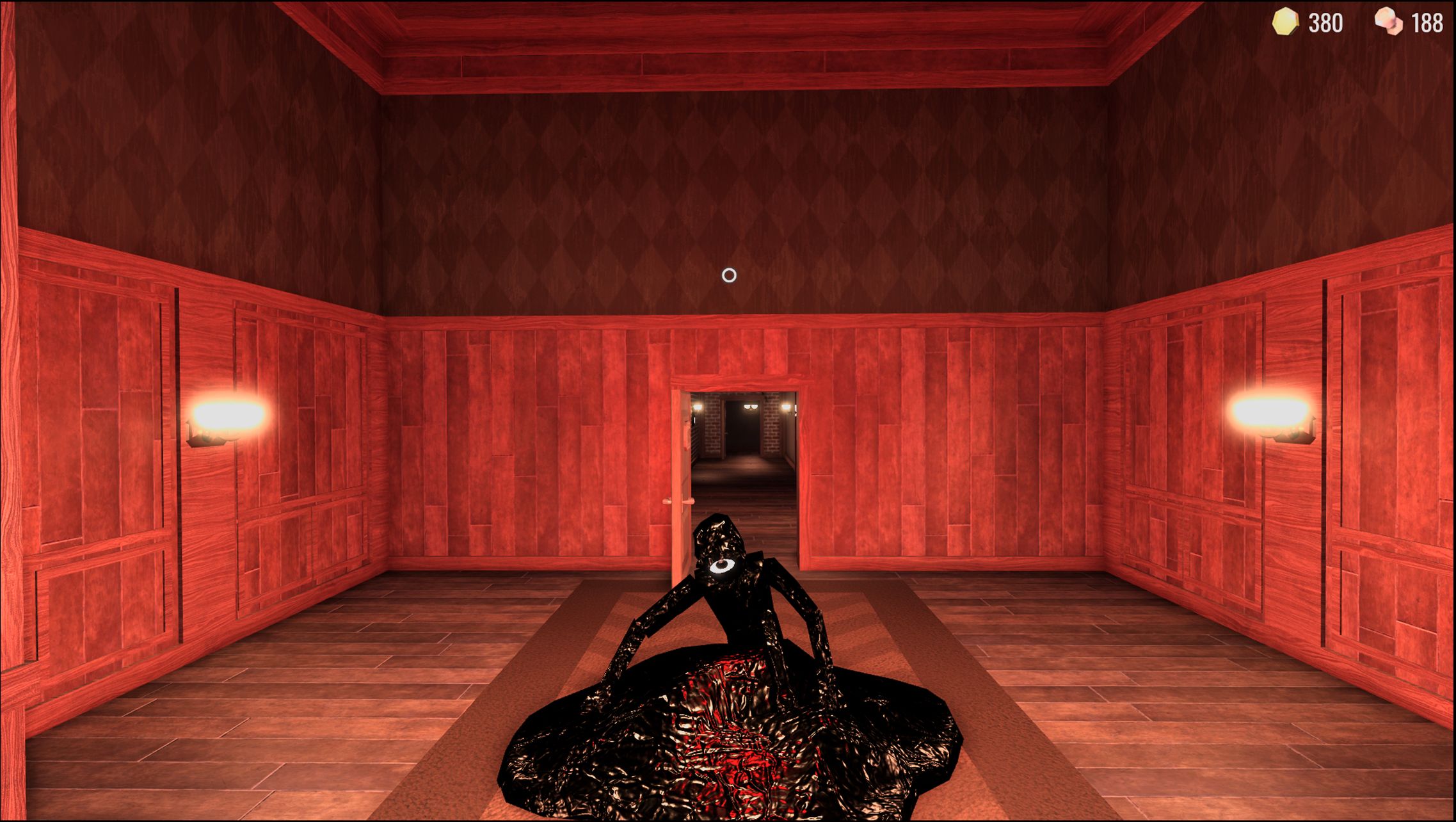 If you begin to notice patches of eyes on the surrounding environment, Seek is on its way. Seek is a tall, thin monster made from what appears to be tar or oil.

Once you reach the end of a long corridor, Seek will emerge from a black oozing puddle on the floor and begin to chase you.

Suddenly you get a boost of speed and must escape several rooms while ducking underneath falling furniture. At this point, Seek will be right behind you, and if you slow too much, they'll instantly kill you.

In order to survive this encounter, you need to be aware of a few things:

Once you reach the exit, the door will close on Seek, and you can proceed. 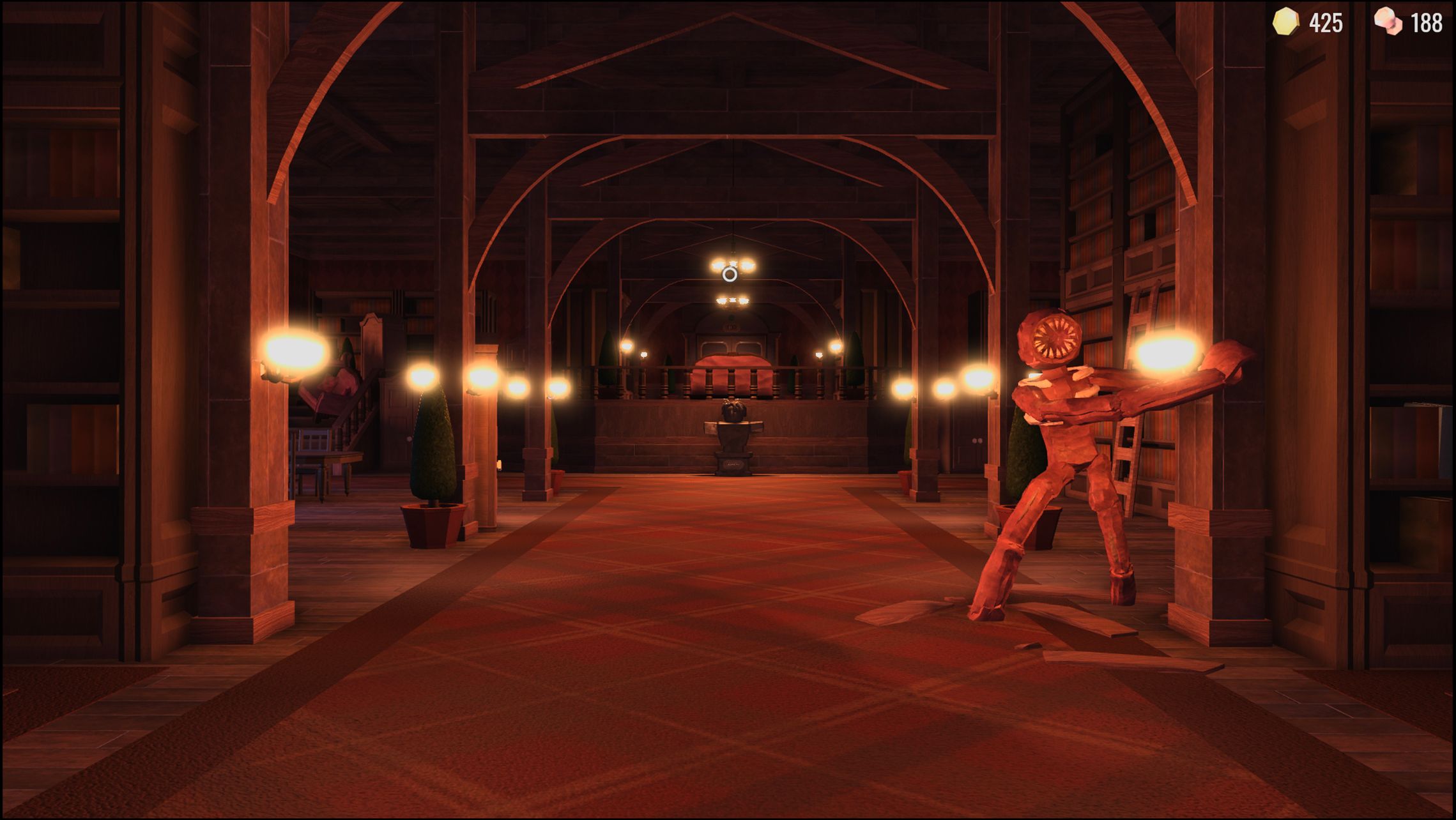 Figure is the monster guarding room 50. It's going to be quite a challenge to avoid Figure, despite the fact that it is blind and can only follow your noises. You'll encounter Figure in the library, the first unique room in DOORS. The goal here is to avoid this new creature and solve the lock puzzle that prevents your exit.

To solve the lock you must find books throughout the library which reveal a shape and a number. These are parts of the code on the lock. Thankfully each book is a slightly different colour from those surrounding it, so they're quite simple to track down.

Once you've read a book, Figure's movement speed will rise making them tougher to avoid.

Figure will keep moving while looking for you. There will be times when the monster gets too close, and you'll need to hide. Figure can pull you out of your hiding space if they saw you hide. When this is about to happen, you'll have to beat a Quick Time Event (QTE) by pressing buttons in the correct order, in time to your heartbeat.

If you fail, Figure will pull you from your hiding spot and tear your head off.

Staying clear of Figure and reading the books isn't enough, though. You'll also need to find a note on top of a desk. This will narrow down the shapes from eight – diamond, hexagon, circle, square, star, triangle, cross, and pentagon – to just five.

Once you've found the books revealing the five-digit code, which is tracked on the left of your screen, input the sequence into the lock and escape room 50.