As the holiday season rapidly approaches, I’d like to take you back to those wonderful get-togethers around the late ‘00s. When plastic instrument music games were still new and novel (at least outside of Japan) and everyone was keen to give this fancy new Rock Band game a try. Alas, it would only be a couple of years until Activision killed the genre through oversaturation – putting out a whopping seven ‘Hero’ games in 2009 alone. By the end of 2010, Guitar Hero and Rock Band had both released their final entries.

2015 saw both series attempt a revival. Harmonix went the simple route with Rock Band 4 being Rock Band but on new consoles. Activision instead made a misguided attempt to reinvent its music franchise with Guitar Hero Live While these games had their merits, both failed miserably, resulting in heavy discounts within weeks to get bulky instrument stock off of shelves as soon as possible. It was clear the plastic instrument fad was over and both Guitar Hero and Rock Band couldn't survive without it. 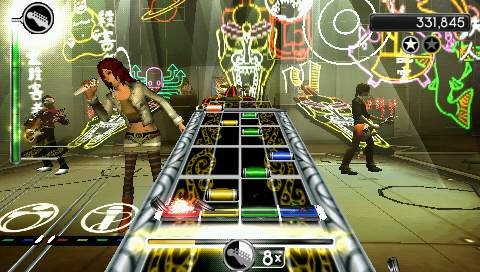 Except that Harmonix had already proven it could be done without them. Multiple times in fact. At the genre’s peak, one of the only things more popular in the casual market than music games were handheld consoles like the DS and PSP. Obviously, the two must cross paths at some point. Activision was first with the Guitar Hero On Tour series of games for DS; which came with its own fretboard attachment, plugging into the GBA card slot. It was a fun, albeit goofy, gimmick, but still could not give up the idea of a bulky attachment.

When it was Harmonix’s turn at the plate, rather than conjure up some convoluted way to bring a batch of four new peripherals to the DS, it looked back at its past. Older Harmonix titles like Frequency and Amplitude were the key to bringing their marquee franchise to smaller systems. Rather than just stick to one member of the band, its first portable entry, Rock Band Unplugged, puts you in the shoes of all four. No longer was the series about playing a specific instrument perfectly throughout the whole song; instead Unplugged’s gameplay focused on jumping between lanes and completing specific phrases on each instrument to keep the song going. Failure to perform on one instrument had the knock-on effect of other instruments lagging behind while trying to keep up. This brought an incredibly engaging dynamic to the series, one a solo player never had to consider before.

After Unplugged came DS versions of Lego Rock Band and Rock Band 3. Rather than a semi-original title like Unplugged, these two took soundtracks, locations, and characters from their big brothers on home consoles. Sadly, these were held back by the DS’ hardware; gone was the crisp music the PSP could offer. In some cases, the DS ports even removed entire sections of songs – such as the grave crime of removing the iconic intro to Yes’ Roundabout. 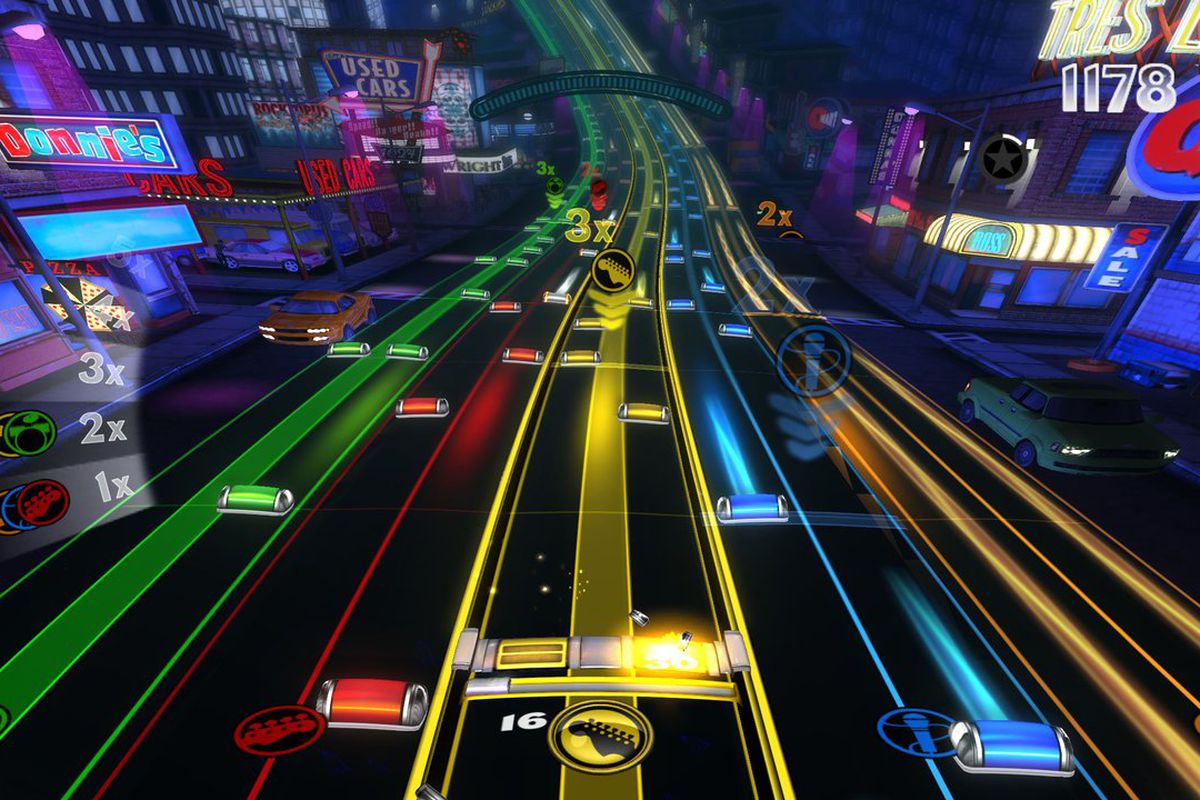 After a couple of years without an entry, the Rock Band series’ swan song was Rock Band Blitz, which took the gameplay loop from Unplugged and adapted it to a high-score-chasing arcade game. Even though the gameplay was arguably downgraded from the PSP and DS games due to the swap to a two-button game. What made Blitz so special was that all 4,000 or so songs that were available to play in the main series could be brought over to Blitz.

As I’m writing this it’s been announced that Blitz is due to be shut down forever in January, and the Rock Band series seems unlikely to ever return due to no one wanting to take the monetary hit of plastic instrument manufacture. I sit here wondering, ‘Why?’. Harmonix has proven plenty of times it can make Rock Band work without instruments. And now that it has Epic Games’ seemingly endless supply of music licensing money behind it, what's stopping it?