Of all the main characters in Romancing SaGa: Minstrel Song, Aisha has one of the more interesting starts. It's also one of the most difficult, thanks to Aisha's low health and weak starting class. This presents some serious challenges to be dealing with.

Knowing how to gather a party of useful warriors, open up the world to explore, and game the combat and encounter system makes Aisha's story more bearable as a beginner, but it's no less viable than some of the other characters. Here's how to get on. 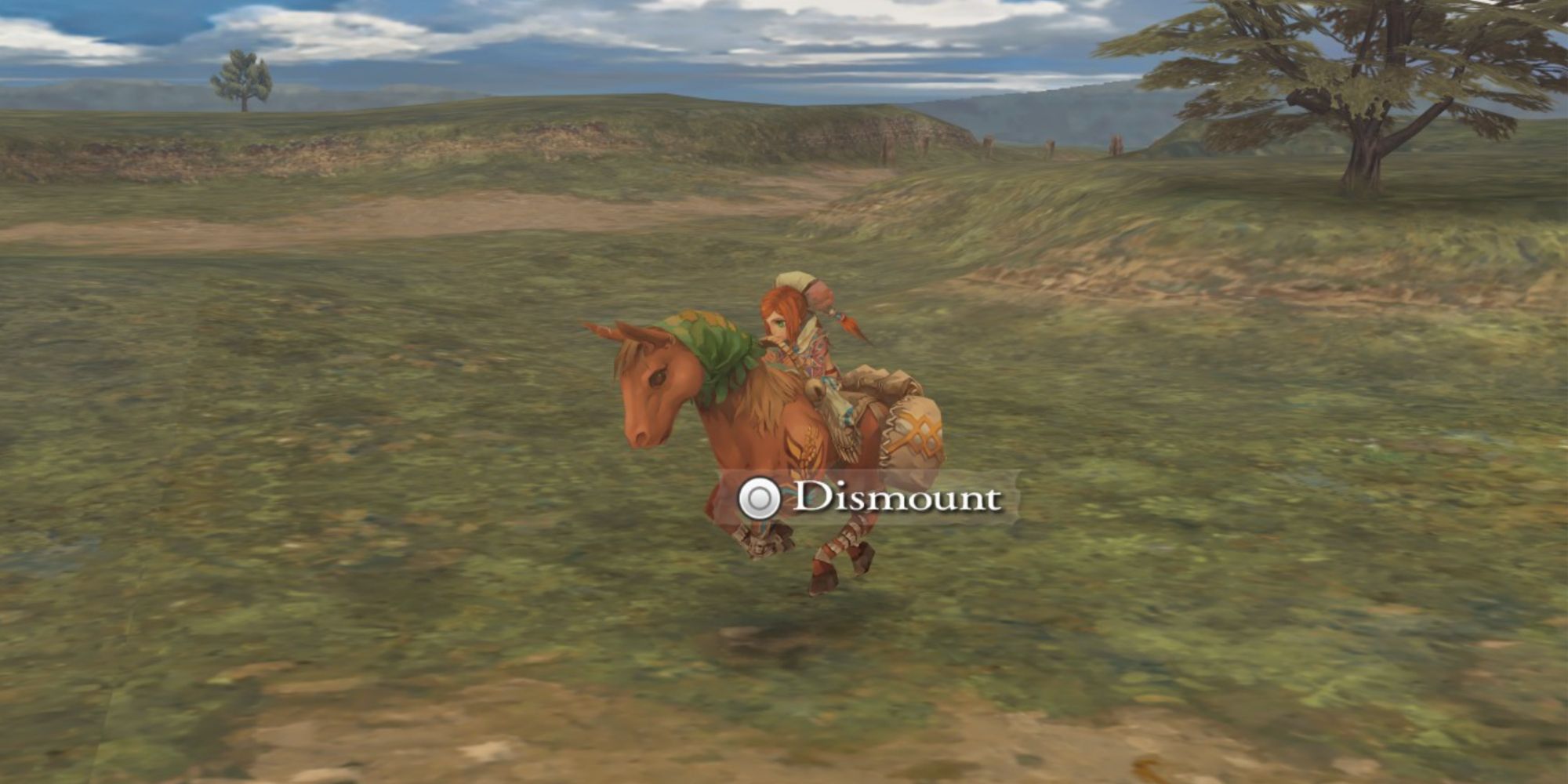 Aisha starts in one of the worst classes in the game, this is a fact that cannot be denied. She's a Herbalist, which gives her skills in Terrology, Survival, and Gathering. She doesn't even start with any Terrology spells, so she's up the creek without a paddle at the beginning of the game.

A neat detail that Aisha has to herself is that she can ride horses. Once the game starts in earnest, you can take the horse from the Taralian Camp and use it to ride a little faster through large areas. It's not as bulky as Barbara's wagon, so you'll still encounter monsters on it, but it's fun. 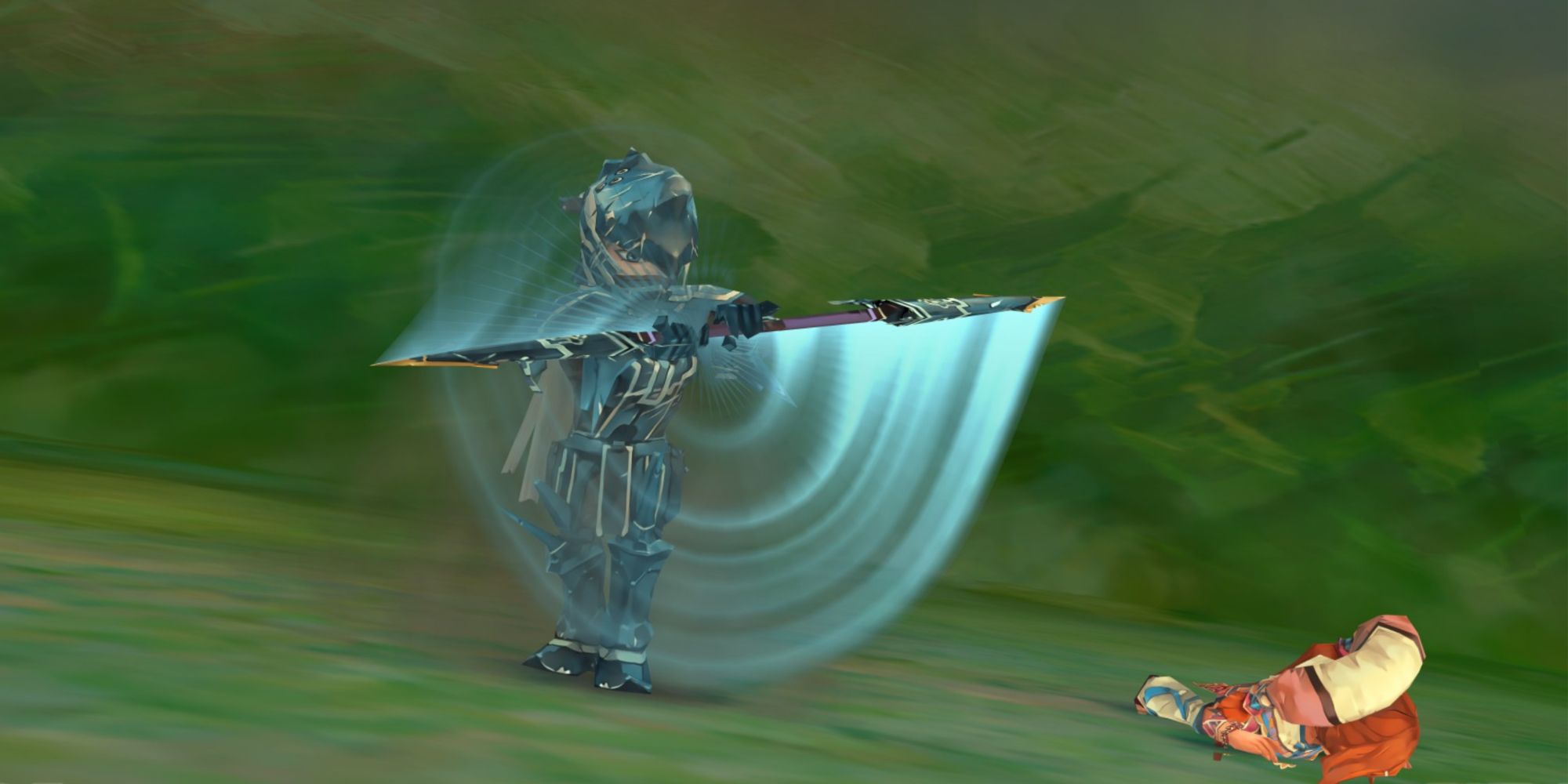 Aisha begins the game on the Steppes of Galessa, a large open area filled with monsters. Explore a bit, picking up some herbs if you find them – but you'll have to get into a fight to progress the story. You will inevitably lose this battle, but end up rescued by Neidhart, a powerful warrior dressed in black armor.

After the battle, you'll get to choose between going to Crystal City or having Neidhart take you straight home. They both lead to the same outcome, though going to Crystal Cave will teach you a little more about Neidhart and the country of Rosalia. Once the cutscenes have played out, you're free to explore again. 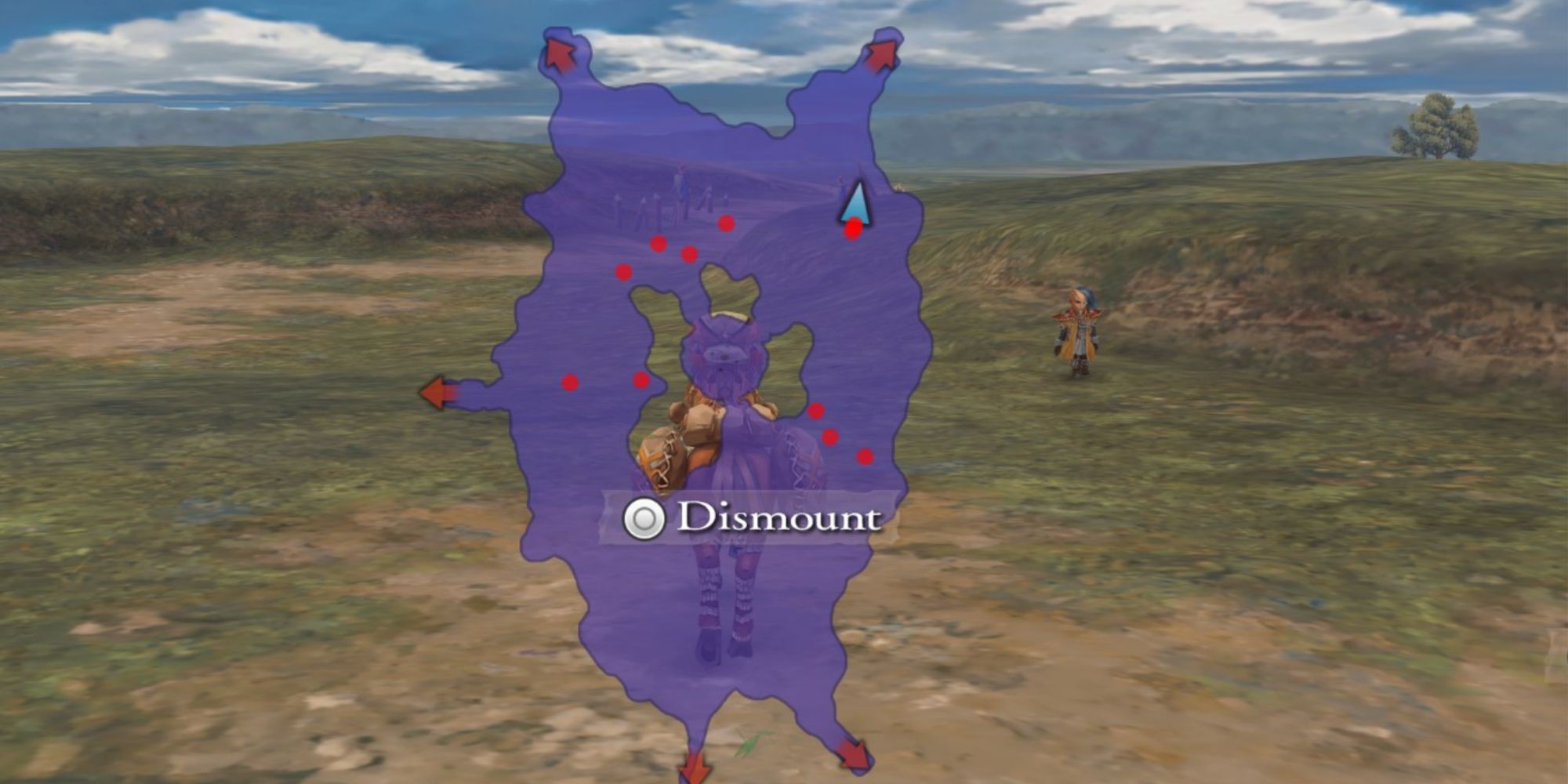 Head back to the Steppes of Galessa, riding a horse or not, and head right to the northern end of the area. There will be a man here – approach him and a fight will begin. You'll inevitably lose this one, too, and this time, Neidhart isn't close by to rescue you. Aisha will end up kidnapped by slave traders. 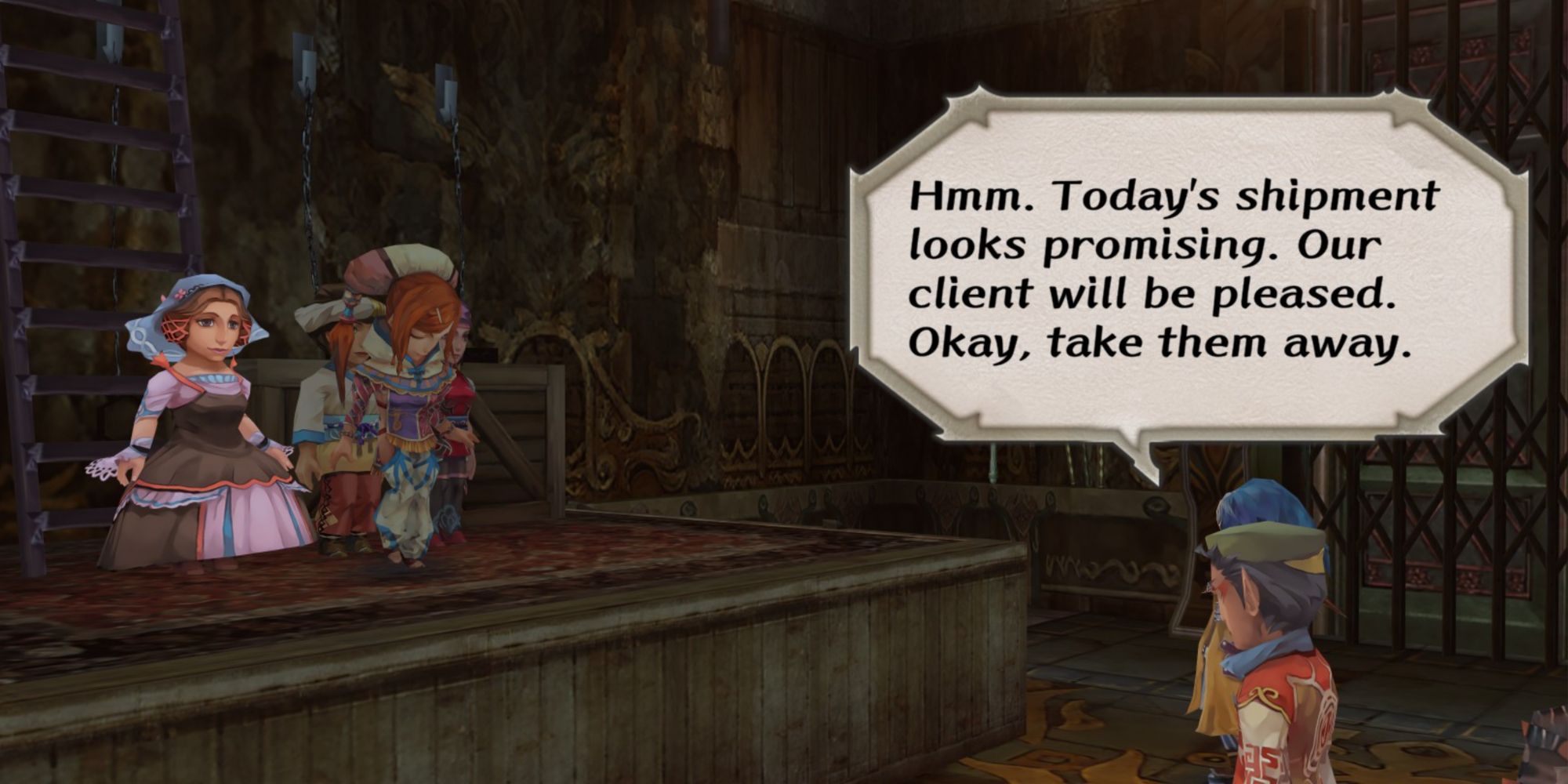 In the Secret Room, talk to the girl standing in the middle with the yellow fur skirt – Farah. After a short, humorous cutscene, you'll be thrust into a battle with some of Wuhan's guards. With Jamil here, you'll easily win. You'll then be given a choice between finishing Wuhan himself off or letting him go. We recommend letting him go, as the battle against Wuhan is a pain and you can get better rewards from quests later in the game by doing so.

You'll end up in Farah's house – talk to her to receive a nice bundle of jewels. You should use these to acquire an alternative class for Aisha. She can make most things work, but with her high Dexterity, you should strongly consider classes that use either Foils or Bows, such as Ranger. While you're here, you should recruit Jamil – even if only temporarily – he's a good fighter and can greatly help Aisha survive her first few challenges. 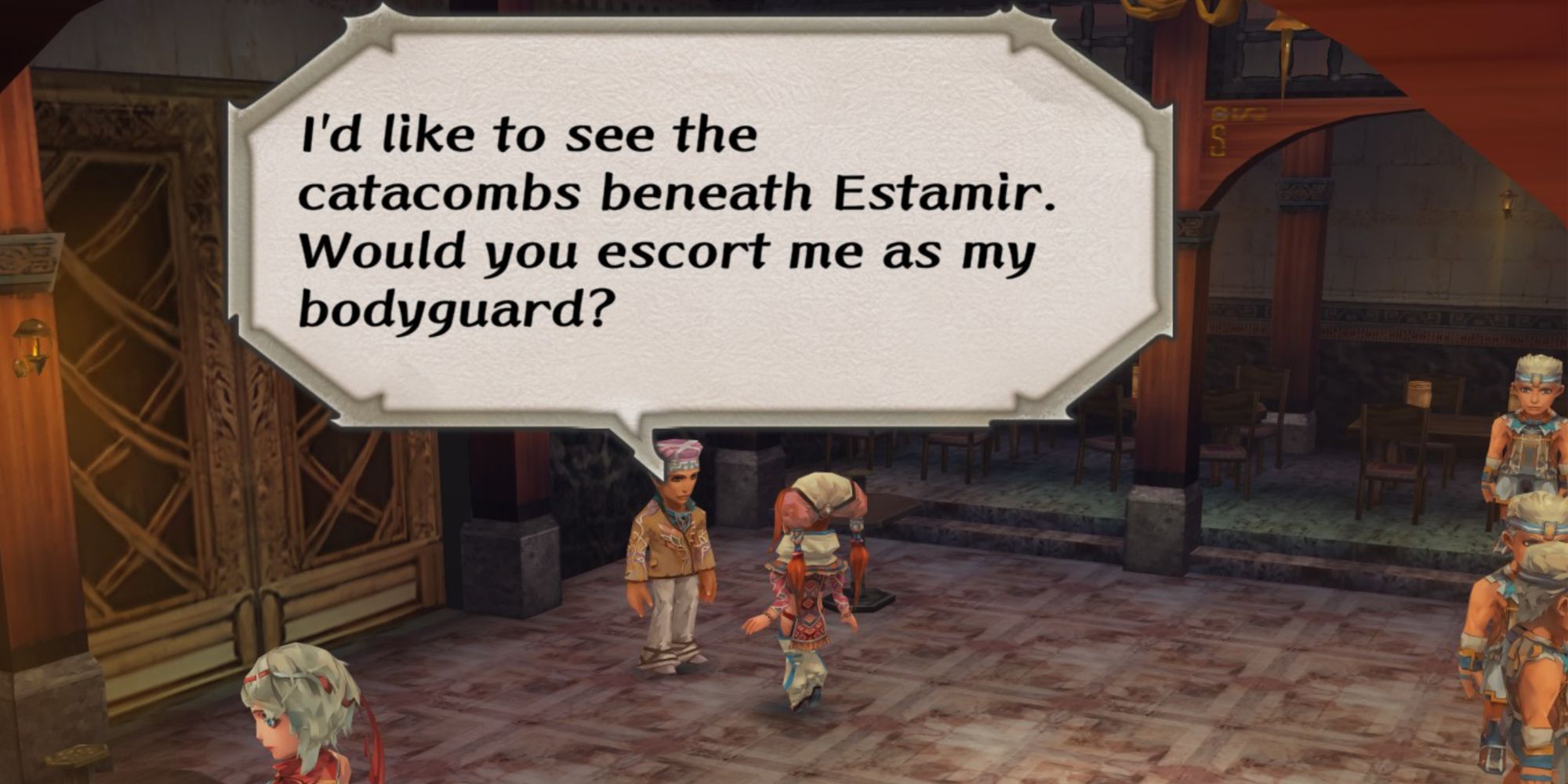 Aisha begins the 'opening the world up' stage of the game with only South Estamir available to her, so let's sort that out. Firstly, take the ferry from South Estamir to North Estamir.