There are eight main characters in Romancing SaGa: Minstrel Song that you can start the game with, each with different strengths, weaknesses, and narrative vibes. While they all have storylines that converge onto the same freestyle, directionless gameplay, how you start the game might affect how you play the rest.

Hawke begins the game uniquely, on a ship surrounded by monsters and other ships in a cove. He's a pirate captain with some serious rivalries to sort out, and a powerful character to begin with. 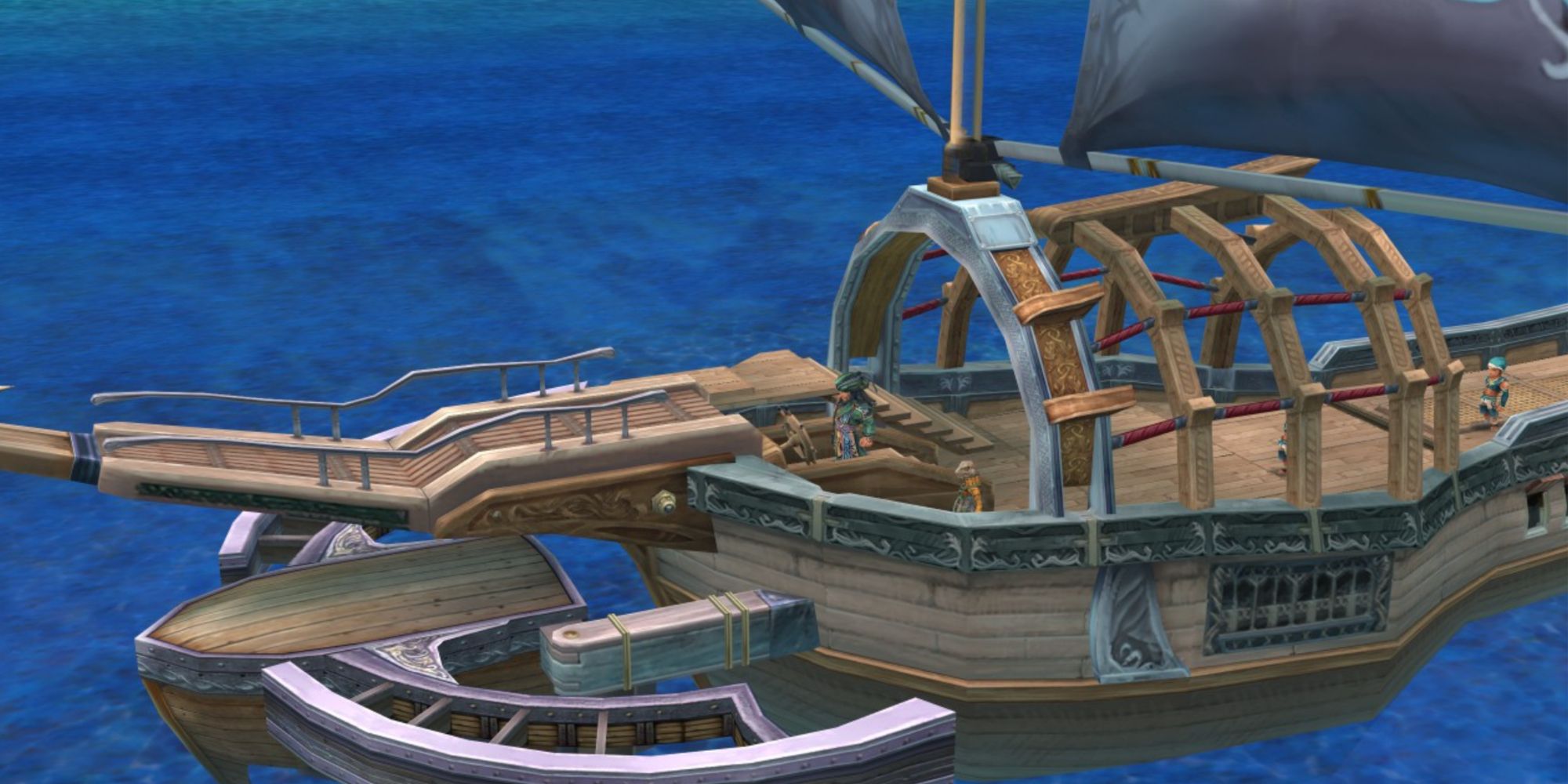 As he begins the game surrounded by potential enemies, you'll want to look sharp when the area loads in. You'll be surrounded by your standard enemies, but there are also some ships you can terrorize. Before we get to that, though, let's take a look at our crew.

Betrayal At The Pirate Coast 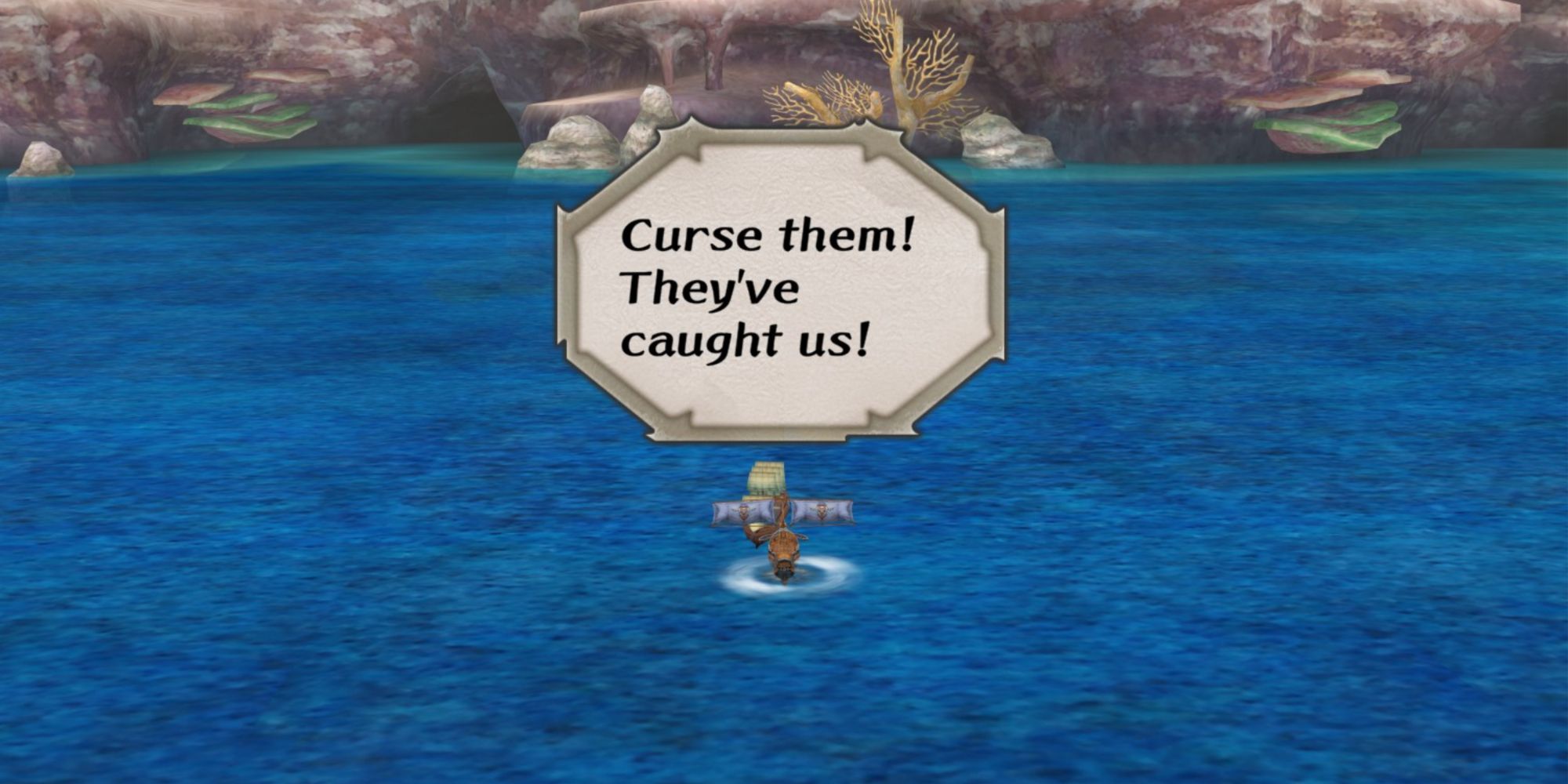 The first thing Hawke needs to do is find the Pirate Coast, which is the only settlement you can get to at this point in the game. Unfortunately, there are no map markers pointing you in the right direction and no hints in your Notes menu. Equip your Smoke Bomb Bag to help avoid annoying random encounters here and start exploring.

While you're here, you'll notice lots of ships sailing around the sea. If you come into contact with them, you'll automatically fight their crew – these are very easy battles, but will contribute to your Event Rank increases, so be careful of fighting too many! Once the battle is over, you'll get the chance to shake them down for treasure – doing this will net you 300 gold, which isn't terrible at this point in the game. 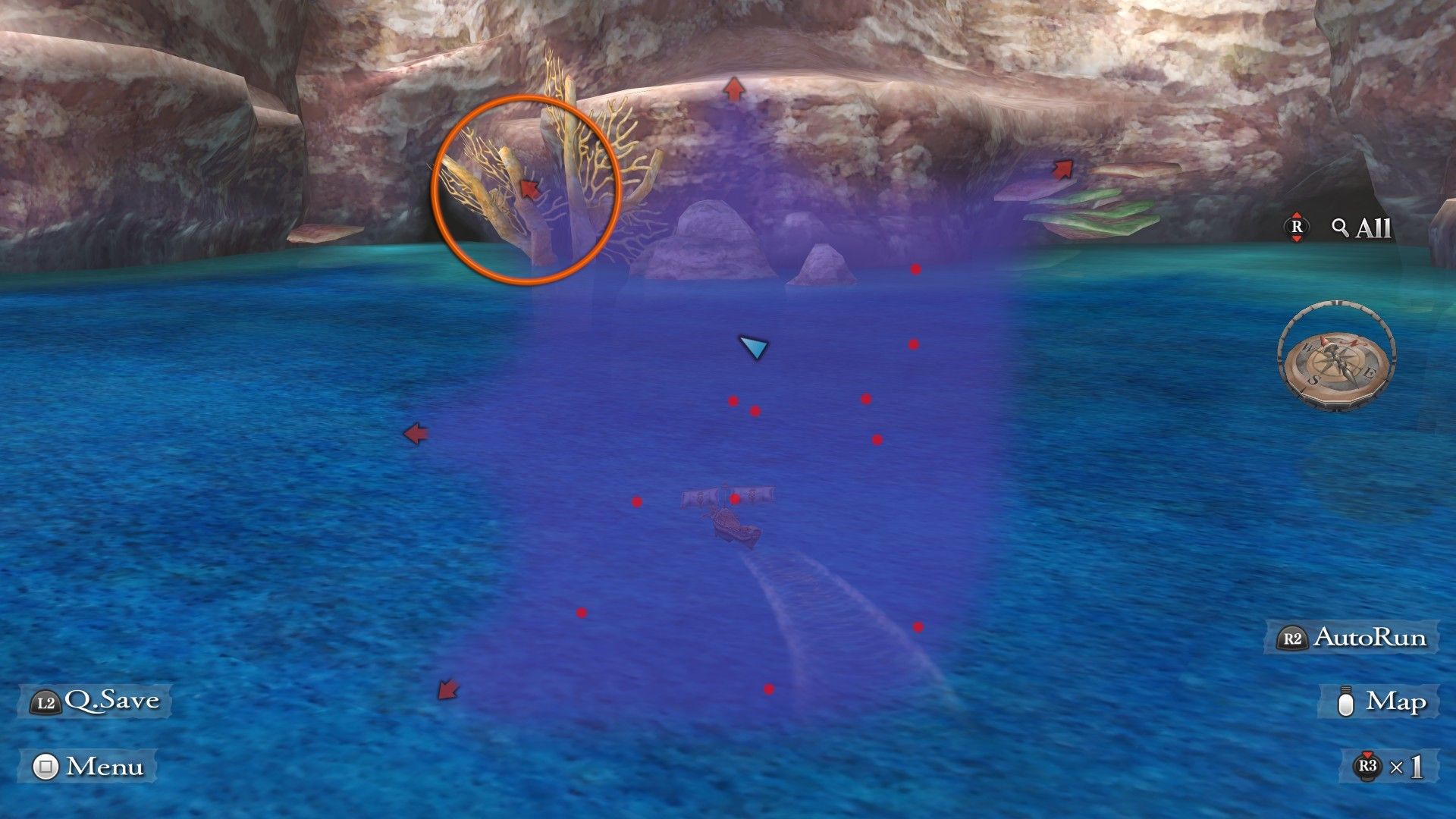 To progress, you need to head to Coastal Cavern Cave C, which is the third from the bottom on the left. Sail through this cave to come to Pirate Coast. When you dock, you'll be told that there's an assembly to attend, but before you do that, talk to everyone standing around to explore the shops and learn about some future quests that you can take on.

Grabbing Healing Water for Hawke and possibly the generic Pirate from the magic shop isn't a bad idea.

Head to the pirate assembly by going into the building on the far right of the settlement. Inside, you'll witness a short cutscene – at the end, you'll be forced to choose between challenging Butcher to a duel or apologizing. Both choices lead to the same outcome, but the latter will get you there much quicker.

Whether you witnessed the double-cross or simply apologized, head back into the assembly building. Before you do, though, make sure you're on the slowest movement speed! The cutscene in the assembly will end with a huge amount of pirates suddenly becoming aggressive towards you, and those fights cannot be retreated from. At higher speeds, the game is too quick for you to run around these pirates, so you'll incur a massive Event Rank boost. 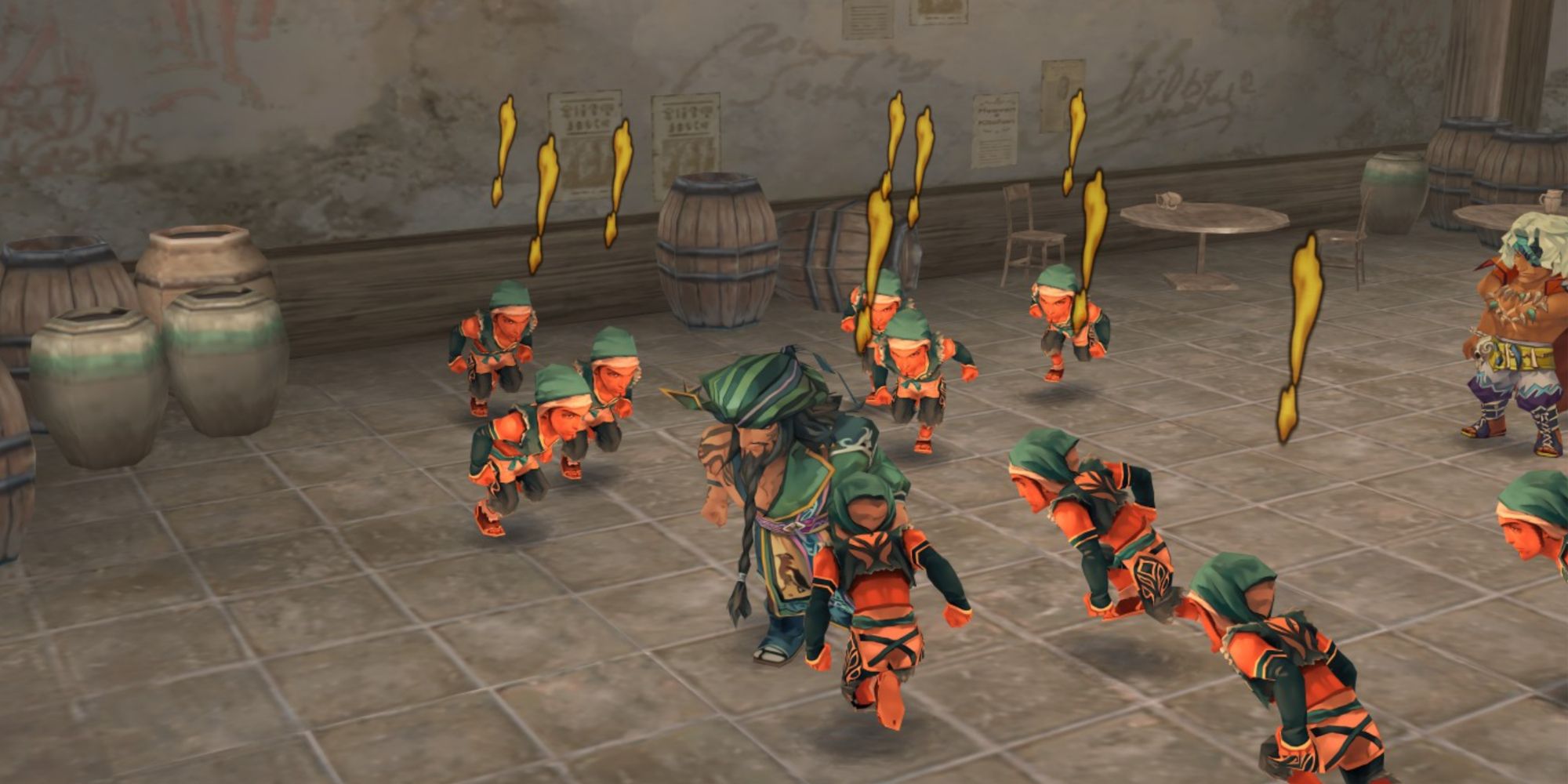 Escape the horde of pirates and then make your way to your ship again, being wary of the aggressive pirates on the docks too.

Consider quicksaving before heading back into the assembly hall and reloading if you get into too many battles to try again.

Once you get back on your ship and into Coastal Cavern Cave C, head all the way back to the Coral Sea. After a few cutscenes, you will be down a ship and have access to only two locations, Godongo and Oapu. 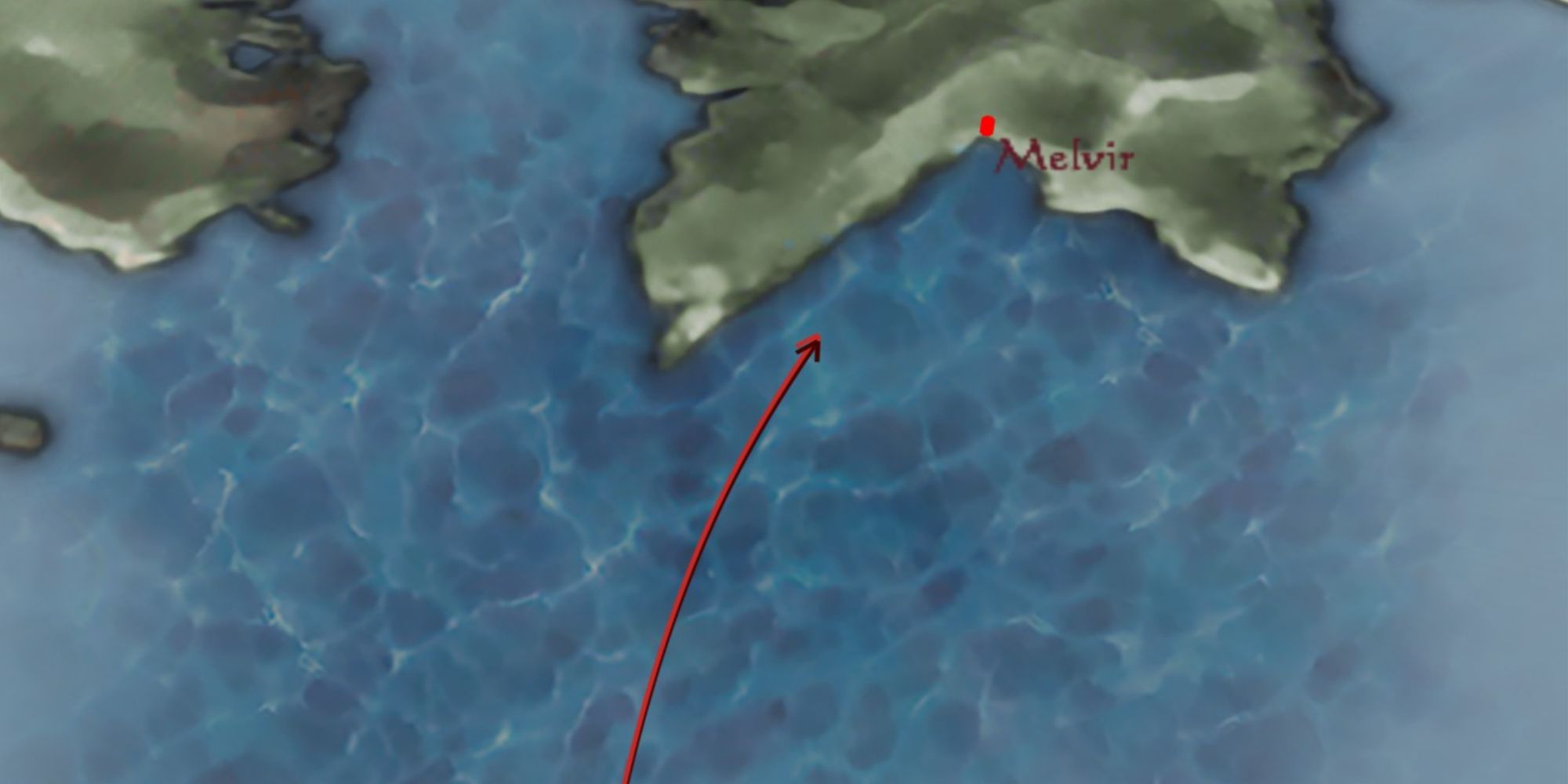 Opening up the world with Hawke isn't too difficult.

From here, you'll need to start recruiting important characters – even temporarily – to unlock lots of areas. You can find Barbara in Northpoint, Uso, and Crystal City, and Sif in only Crystal City – these are both fantastic starts. You can find Gray in Melvir, pick him up too. Whenever you unlock a new area with a ferry, take the ferry to unlock new areas too.

From here, you can take on the first few quests of the game – if your Event Rank isn't too high, focus on those that expire early.