The beautiful world of Sail Forth slowly reveals its secrets as you progress through different regions with unique designs and phenomenal sailing music. You will fight a boss at the end of every region to unlock the next one, but nothing will prepare you for what you'll be going against in Eclipside.

Eclipside is the final region in Sail Forth, and you'll stumble upon this area after you've finished the quest to ask all the leaders for help. These leaders will assist you in bringing the void rift back, and Eclipside awaits on the other side. This final area is both intimidating and breathtaking at the same time.

How To Find The Final Boss 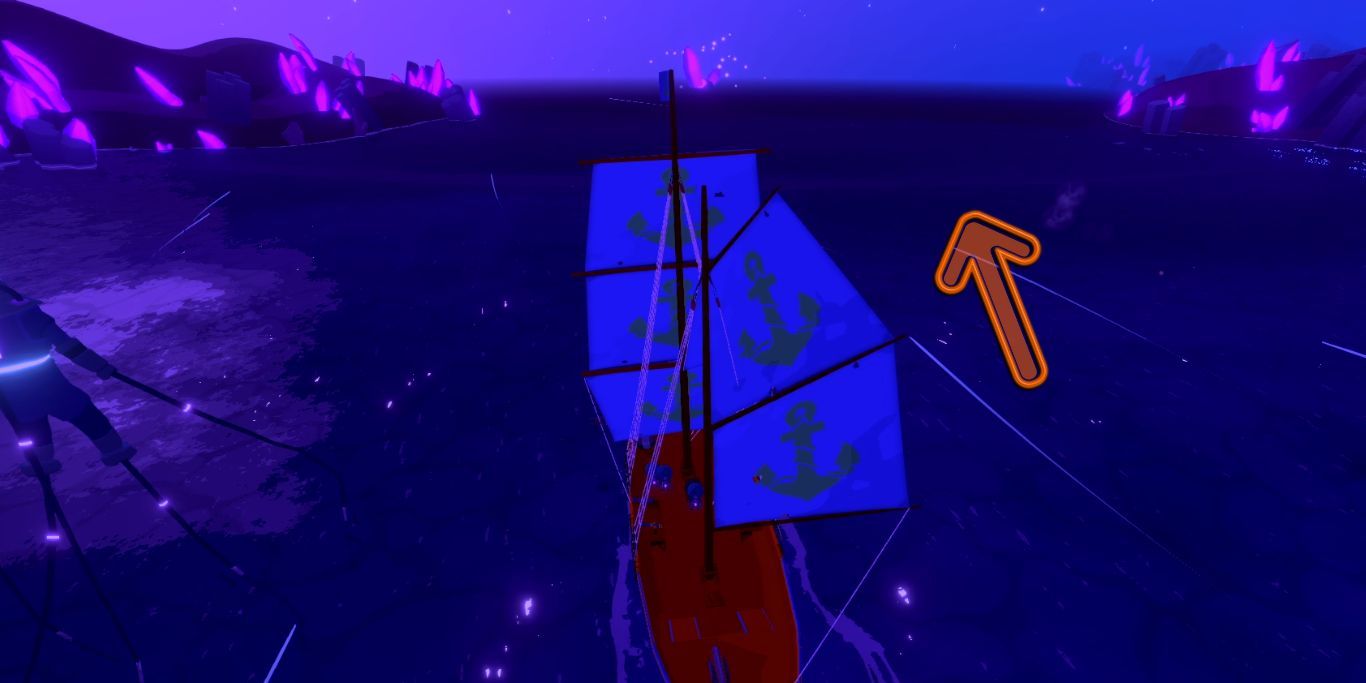 As soon as you spawn in Eclipside, you'll see a couple of small islands in front of you. There's nothing for you on these islands, and you need to pay attention to the surrounding waters instead. The waters will have a sonar ray effect every few seconds, and this will help you pinpoint the location of the final boss.

As you sail around the islands and find the epicenter of these rays, you'll see a giant Deadrock in the water, as shown in the picture above. As you get close to this rock, the giant Cosmic Saucership will come out of it. This is the final boss corrupted by the power of Deadrock that you'll need to defeat, and it will give you a hard time. 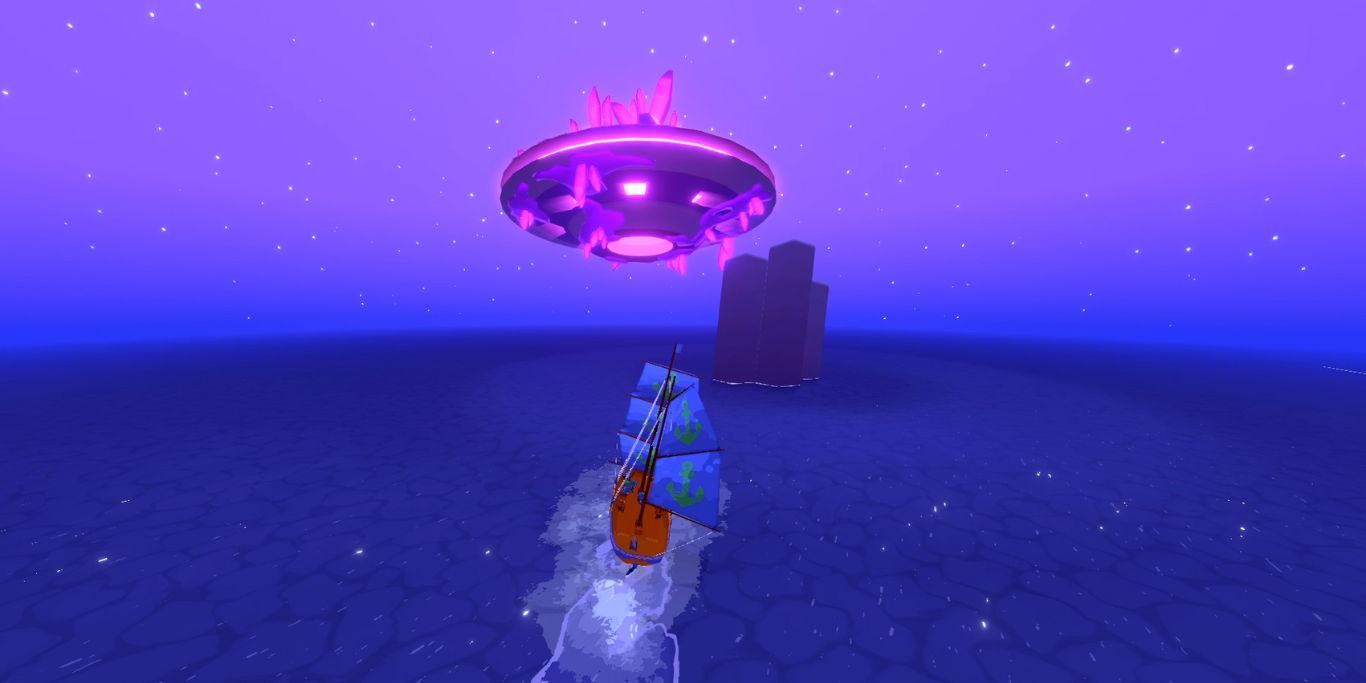 Since it's the final fight of the game, the developers have paid a lot of attention to its design and mechanics. As such, there is a wide range of attacks that can be performed by the giant saucer. Here's a list of everything you can expect: 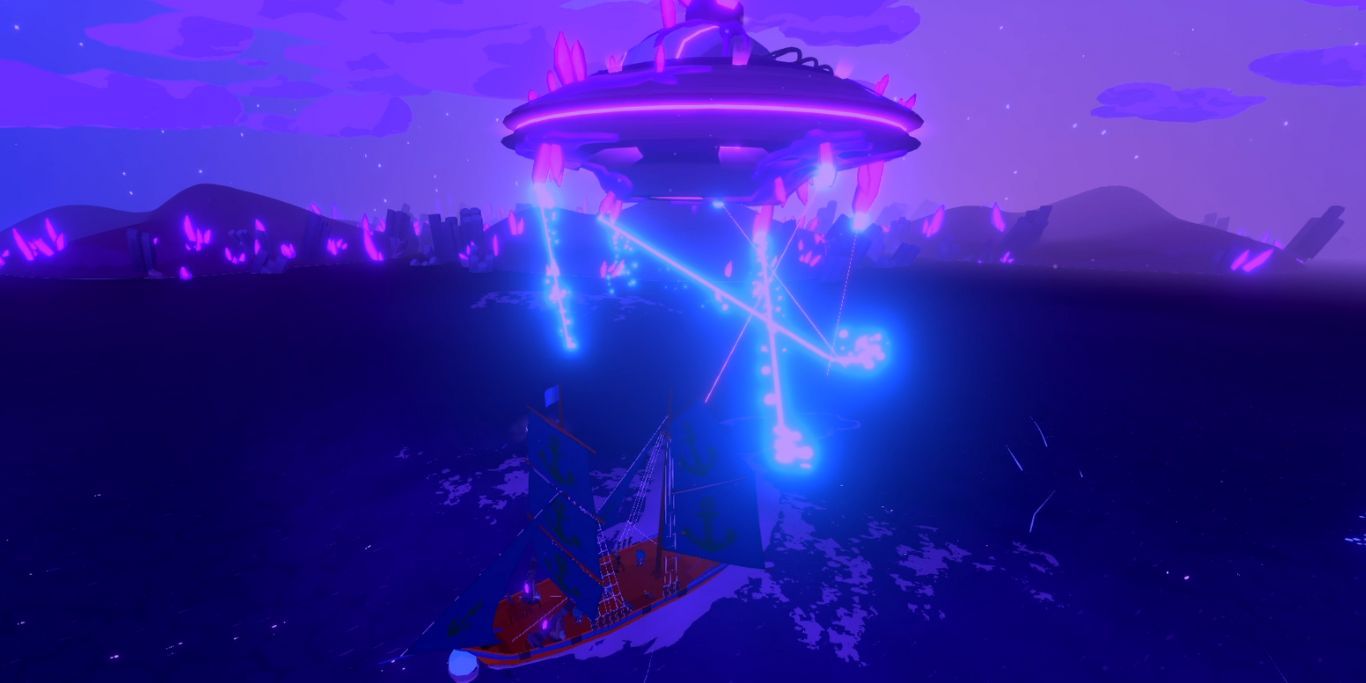 This will be the most common attack you'll see the UFO performing. Whenever it's about to shoot out the lasers, four pink rays will come out of its body that will randomly move around the area. After a few seconds, these pink rays will give way to blue lasers that will seek to destroy you.

If any of your ships are getting hit by the laser, they'll take 10 damage every one or two seconds. While this might not seem a lot, it can quickly take your ship down if left unchecked. Try your best to avoid the lasers, and it's recommended to control the smallest ship in your fleet with the least health during this attack. 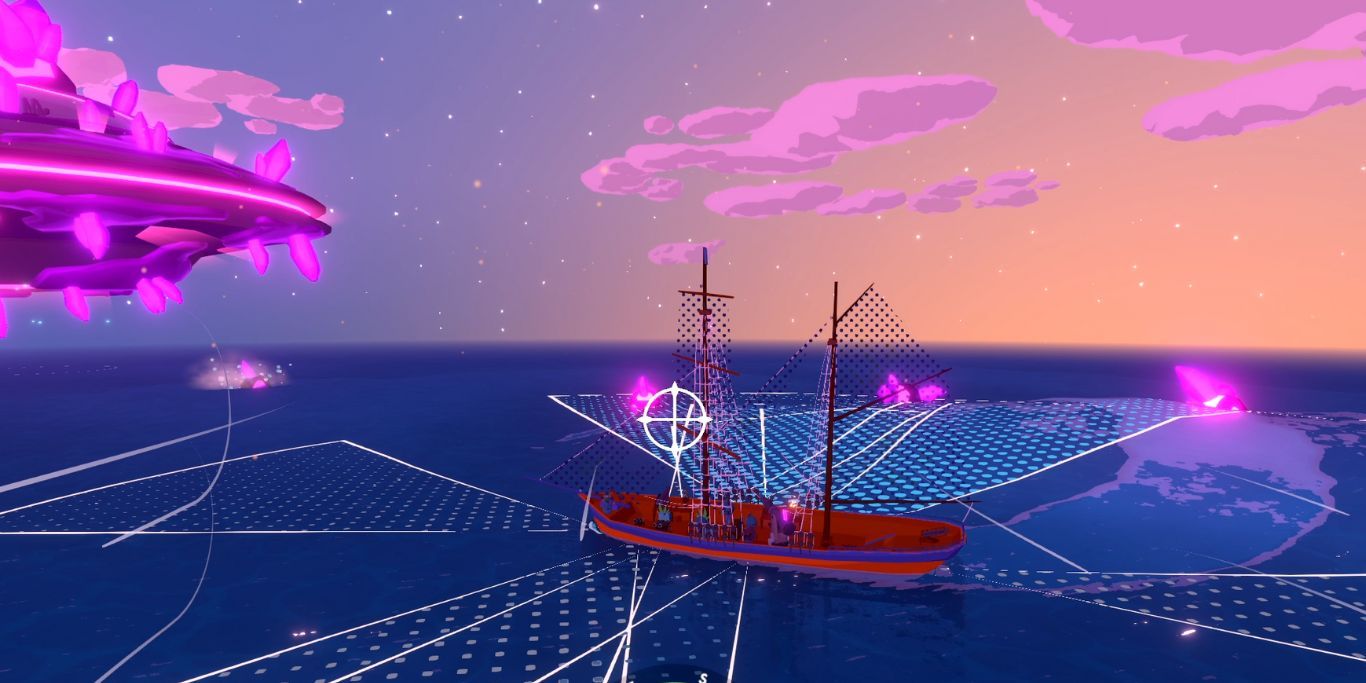 Once the Saucer finishes performing a laser attack, the portal below it will start emitting a pink light, and it has a chance of performing two attacks during this time. In one of these attacks, the machine will move in a straight line in the direction where the ship you were controlling was, at the start of the attack.

While it's moving on the trajectory, it'll drop a Deadrock roughly every two seconds. These Deadrocks will explode if one of your ships touches them. Alternatively, they can also be destroyed with cannon fire easily since their health is quite low. 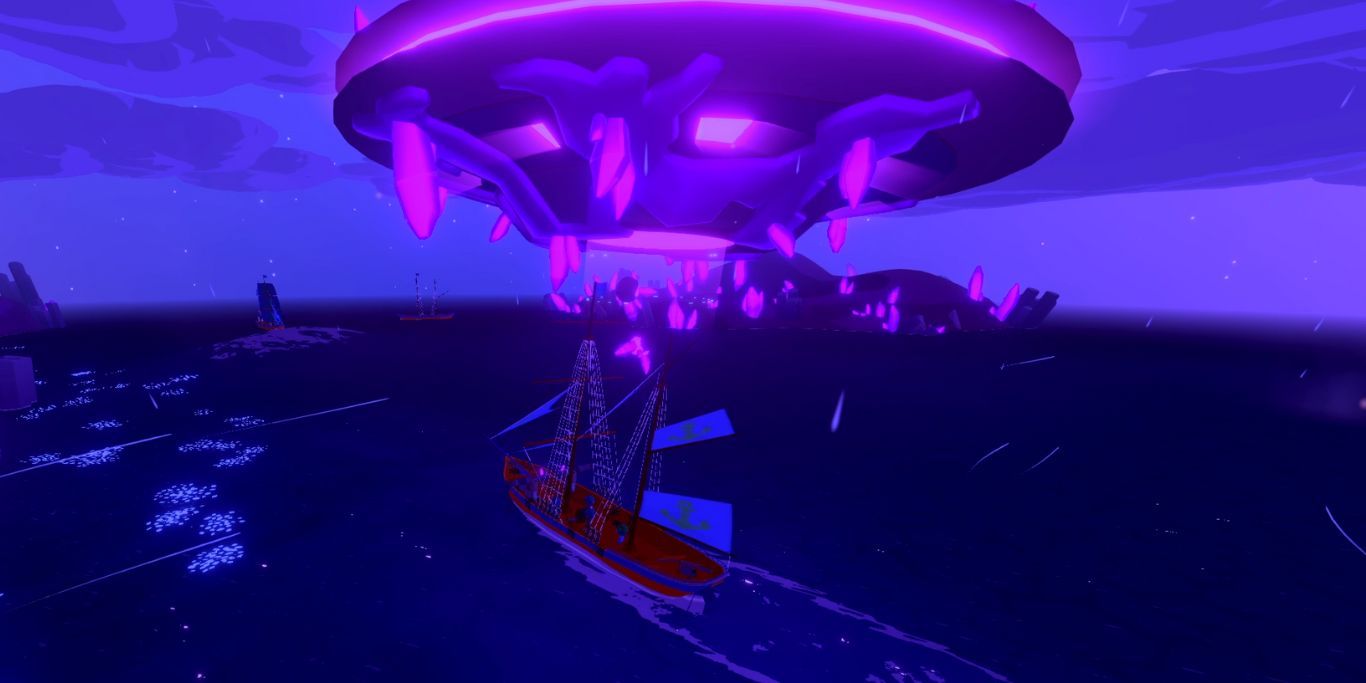 The second attack performed by the giant UFO when the portal beneath it starts emitting light is the turret attack. During this attack, it will stay still at a certain position and spawn Deadrocks from the bottom. Instead of landing in the sea, these Deadrocks will keep flying in the air as they approach the ship you're controlling.

Every few seconds, these rocks will shoot at your ship, and they hardly miss you since they're so close to your ship. Among the two possible attacks during this time, the turret attack is much harder to deal with since the Deadrocks spawned by this also have a lot more health.

How To Defeat Cosmic Saucership Quickly 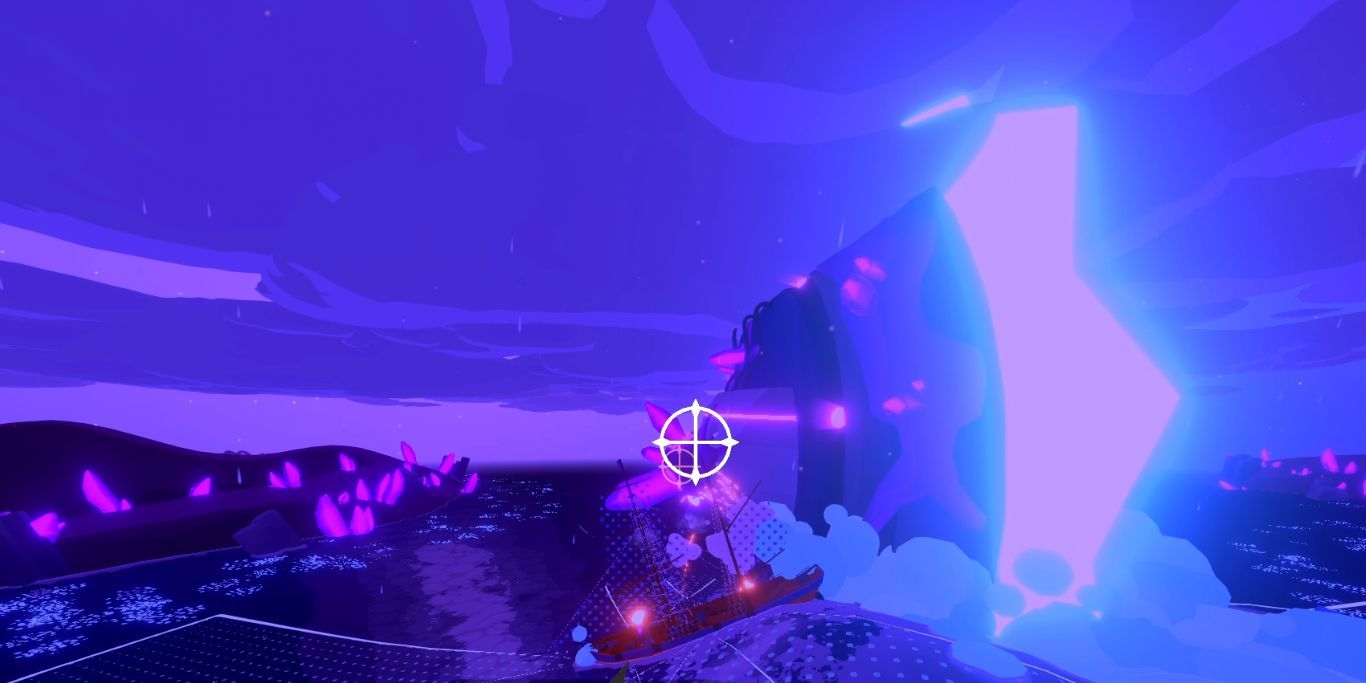 This is the only fight in the game that will have you doubt everything because of the way it works. While the Saucer itself stays close to the ground most of the time, you still won't be able to deal any damage to it. The only thing that will take damage is the Deadrock at the top of the machine.

The problem is that this Deadrock stays far above the cannon line at all times. At certain times, you'll get a short window of attacking at this Deadrock, and you'll be stuck in this fight for a long time if you don't seize it. Once the Saucer is done performing the attack where it emits light at the bottom, it'll perform another attack that makes it vulnerable.

As shown in the picture above, the machine will go sideways and move toward your ship at a high speed during this attack. This will be the only time when you can target the Deadrock on top of it, and you only get one chance.

If you hit the Deadrock even once, the machine will fly away quickly, which will start another phase. When it flies away, there will be another void rift that will take you to the place where you have to dodge the obstacles spawned by the UFO while following it. After covering enough distance, you'll be brought back to the battlefield.

This process will repeat until you can deal enough damage to the Saucer. One thing to note here is that the boss doesn't regain any health throughout this fight, and the damage done to the Deadrock doesn't go away even after different phases. Here are a few tips that can help you through this fight:

After you've defeated Cosmic Saucership, Nix will go inside the machine and forcefully remove the Deadrock. This will make the screen completely white, and you'll be teleported back to the location where you first spawned in Eclipside. 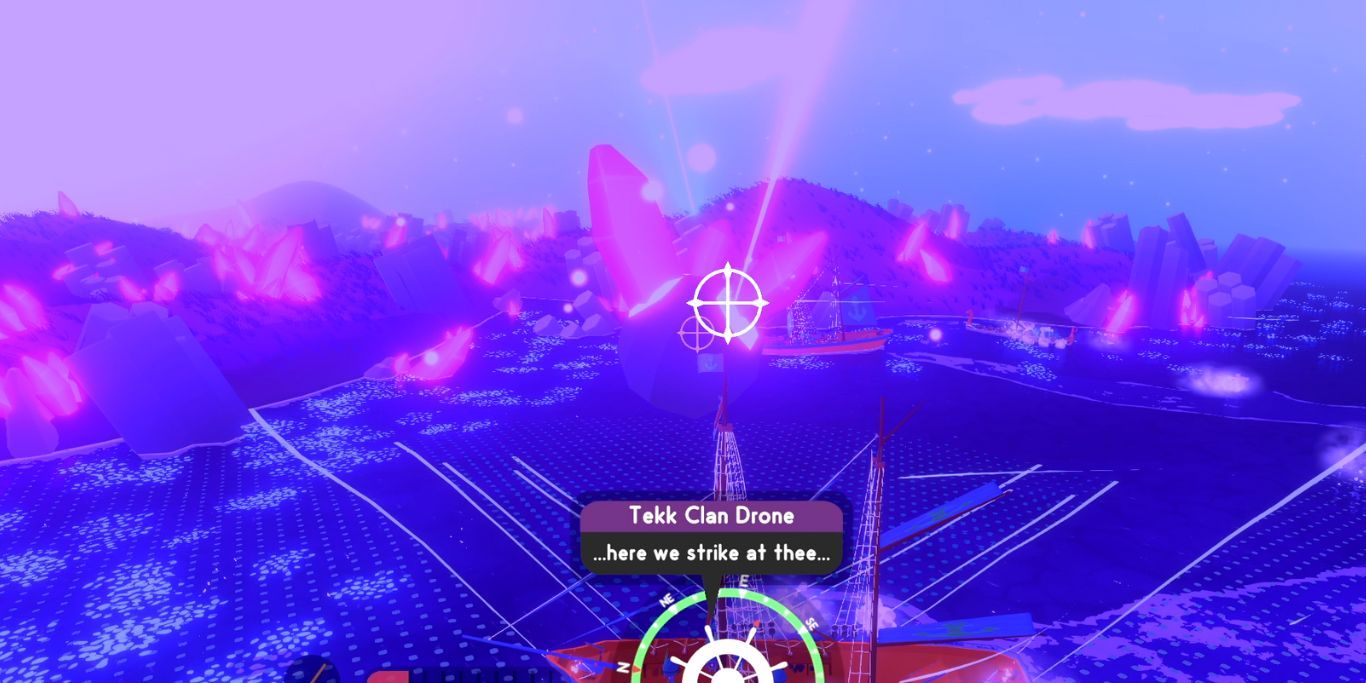 Although, you won't have to fight any boss this time. You simply have to move forward and attack the final giant Deadrock in Sail Forth. After enough attacks, this will destroy and the curse will be lifted from the world. Finally, you'll witness the scene of everyone being happy and showing their gratitude to the sailors.

In the end, your ships will be spawned back in the fortress where you fought Magma Leviathan and Captain Greysand. This is the final part of the game where you have to talk to everyone around the area. While this might be a little confusing, make sure that you don't leave this area to go to another island.

After talking to everyone and getting their rewards (including 5,000 wooden planks), you can talk to the researcher and he'll give you the Quantum Dongletron. Give this to Nix and witness the beautiful finale.