Salt and Sacrifice is a fantastic souls-like experience in which players use a variety of weapons to defeat some pretty challenging bosses. Due to this challenge, two things become apparent, you need to have good fighting skills and the right weapon. Otherwise, your character doesn't stand a chance against some of these enemies.

It's worth noting that this game allows for power in each weapon type. Ultimately, the right weapon for you will depend on your playstyle and preferences. However, while each weapon can succeed, some weapon types in Salt and Sacrifice are much better than others. 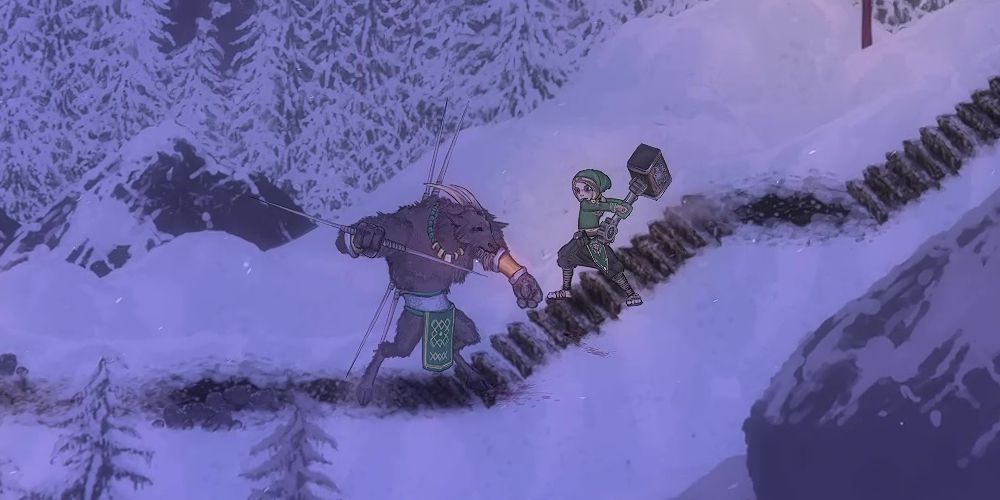 Bludgeon weapons look brutal. They can do some decent damage, but ultimately, this weapon type is purely for aesthetics and neat Runic Arts. It's a functional style to play and is almost as melee as you can get, but it just never seems to feel powerful.

Unfortunately, the majority of the Bludgeon weapons seem to be unsatisfyingly weak and will only really carry you through the beginning of the game unless you work around the weapon itself. If you're looking for a pure melee weapon, there are other, arguably much better options than Bludgeons. 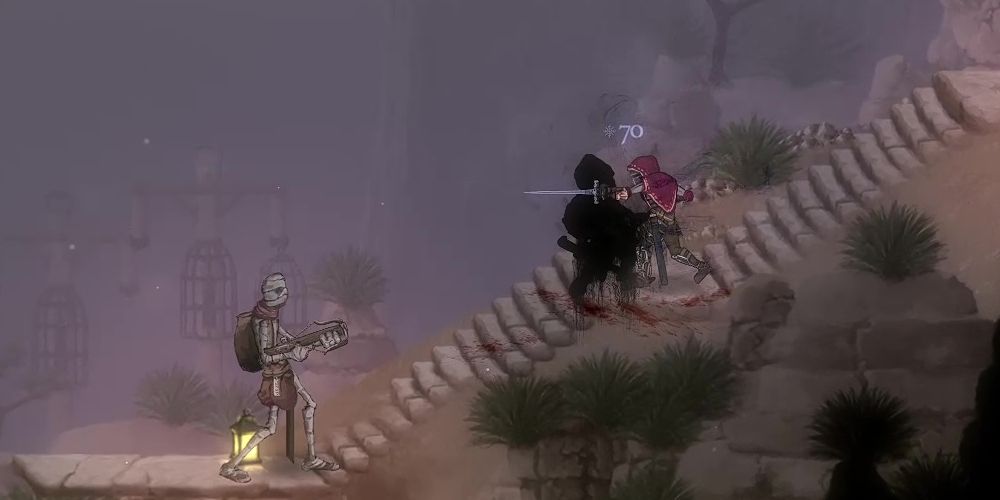 Most would look at the Rapiers and assume they are powerful, quick, and deadly. While they are definitely quick and often have a relatively high damage output, the low defense lets it down.

Essentially, the Rapier category has a few weapons that do some good damage, but most are below average for a sword. So, adding that with the fact that blocking with them costs so much stamina that it just doesn't feel worth it for the most part. If you hate blocking and never use it in combat, this will be a good weapon to go for – but for those who do, there are better swords for you to choose from. 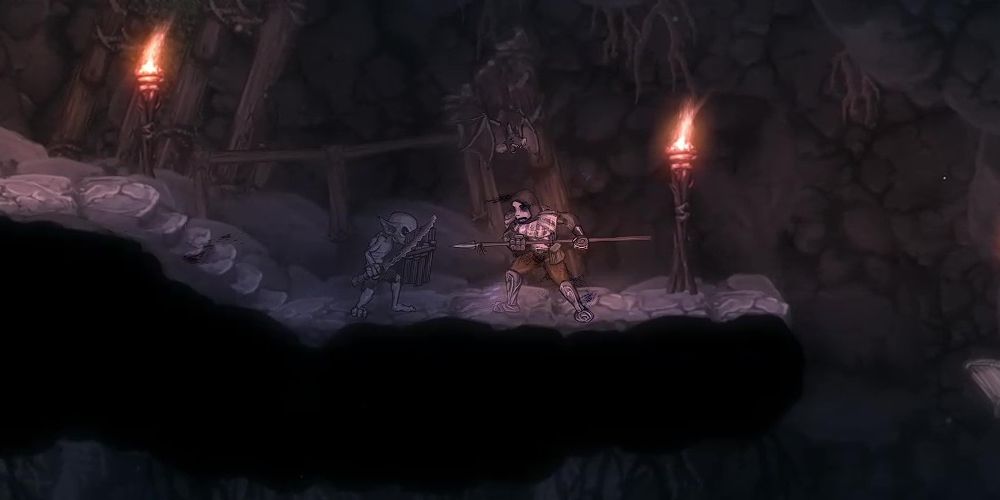 Although slower than certain other weapon types, this doesn't mean the Halfspears are useless. They're a bit complicated to master and do require an element of practice, but once you feel confident with this weapon type, you'll feel pretty powerful.

It's still a speedy weapon, but this brings with it some interesting power that outshines a fair few other options. It's a bit longer range than the likes of Bludgeons and has a good easy-to-use block system that should keep you safe while you take out enemies. 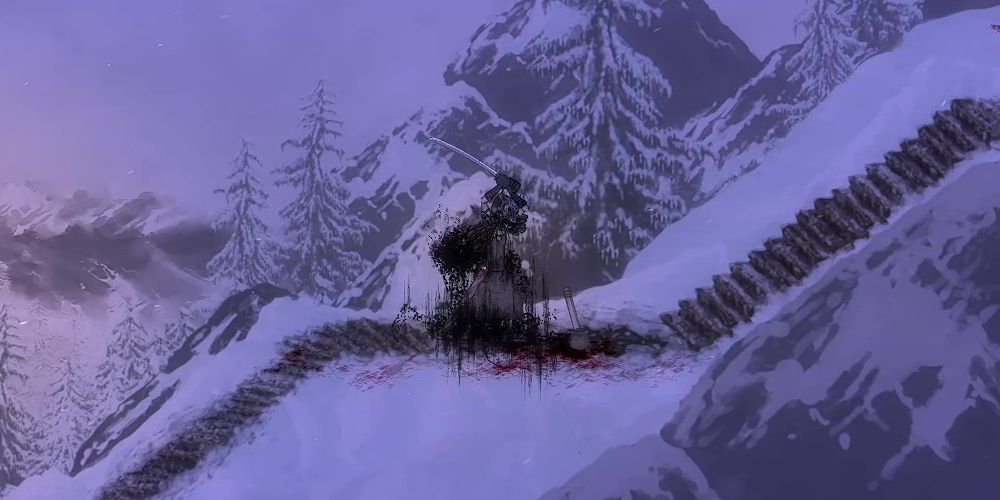 Highblades are your traditional, simple melee weapons. Salt and Sacrifice introduced a beginner-friendly weapon type that can easily carry anyone through at least the beginning to middle of the game with very little effort and the ability to still look pretty cool. After all, nothing says simple but deadly like a katana-style sword.

While it's perhaps not the most powerful of weapons, it can still pack a punch and shouldn't take much skill or practice to wield properly. After all, the Highblade is essentially a hack, slash, and occasionally block. 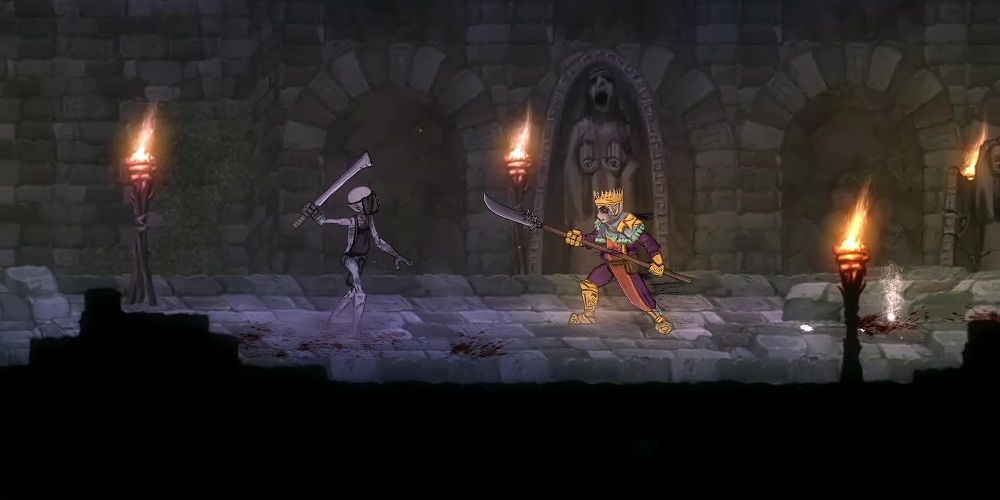 Complete with some useful light and heavy combos that seem to be good for any occasion, the Glaive is one of the better weapon types to look at if you've played the game before. The number of available combos requires you to know exactly when to use them and what works best at that time. Due to this, it's not overly beginner-friendly and will be at its strongest with a lot of practice.

Nevertheless, Glaives are powerful and can easily be devastating in a boss battle if used right. 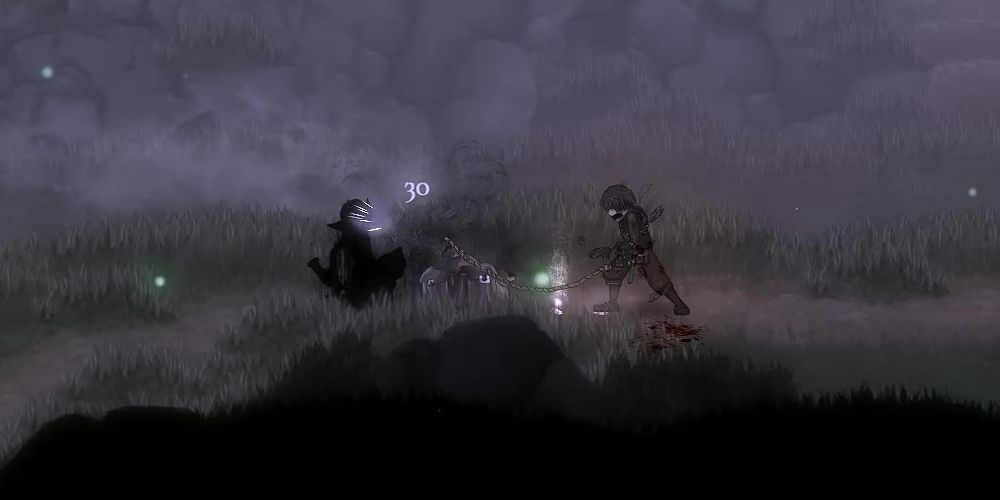 With nine different Whips to opt for, it can be a little difficult to pick the right one, especially when they all look as cool as they do in Salt and Sacrifice. This weapon type is great for its damage, its design, and its ease of use.

Simply attack the enemy over and over again with its above-average speed and watch as you fell them quickly using the average damage. It may not excel on the damage aspect, but the speed and the combos certainly make up for it. 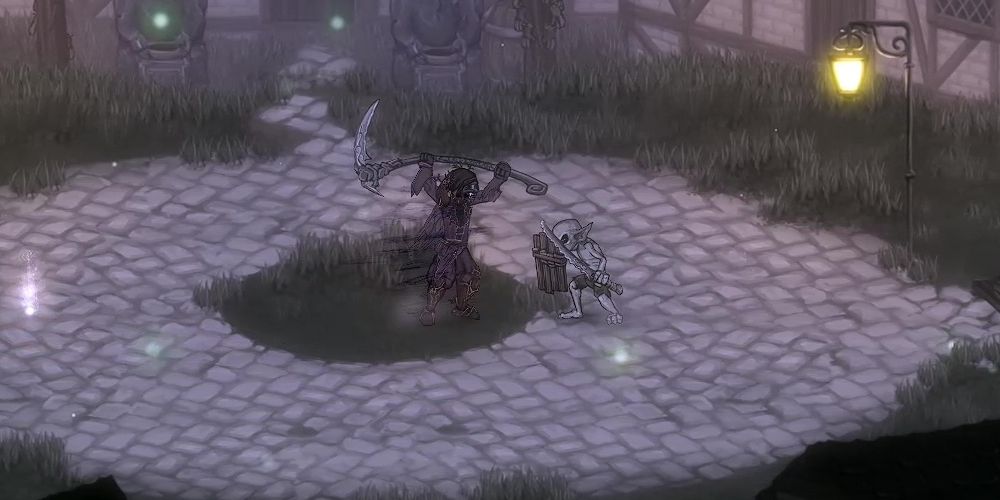 If you want to look like the grim reaper as you go through Salt and Sacrifice, then look no further than the Scythe. It's got some awesome selections for weapons and each of them does an impressive amount of damage while still being able to effectively block and protect you from any unexpected attacks.

It's around the mid-range of great weapons in this game due to the amount of damage it's capable of and the cost of blocking. However, if aesthetics are more your style, this is a great choice. 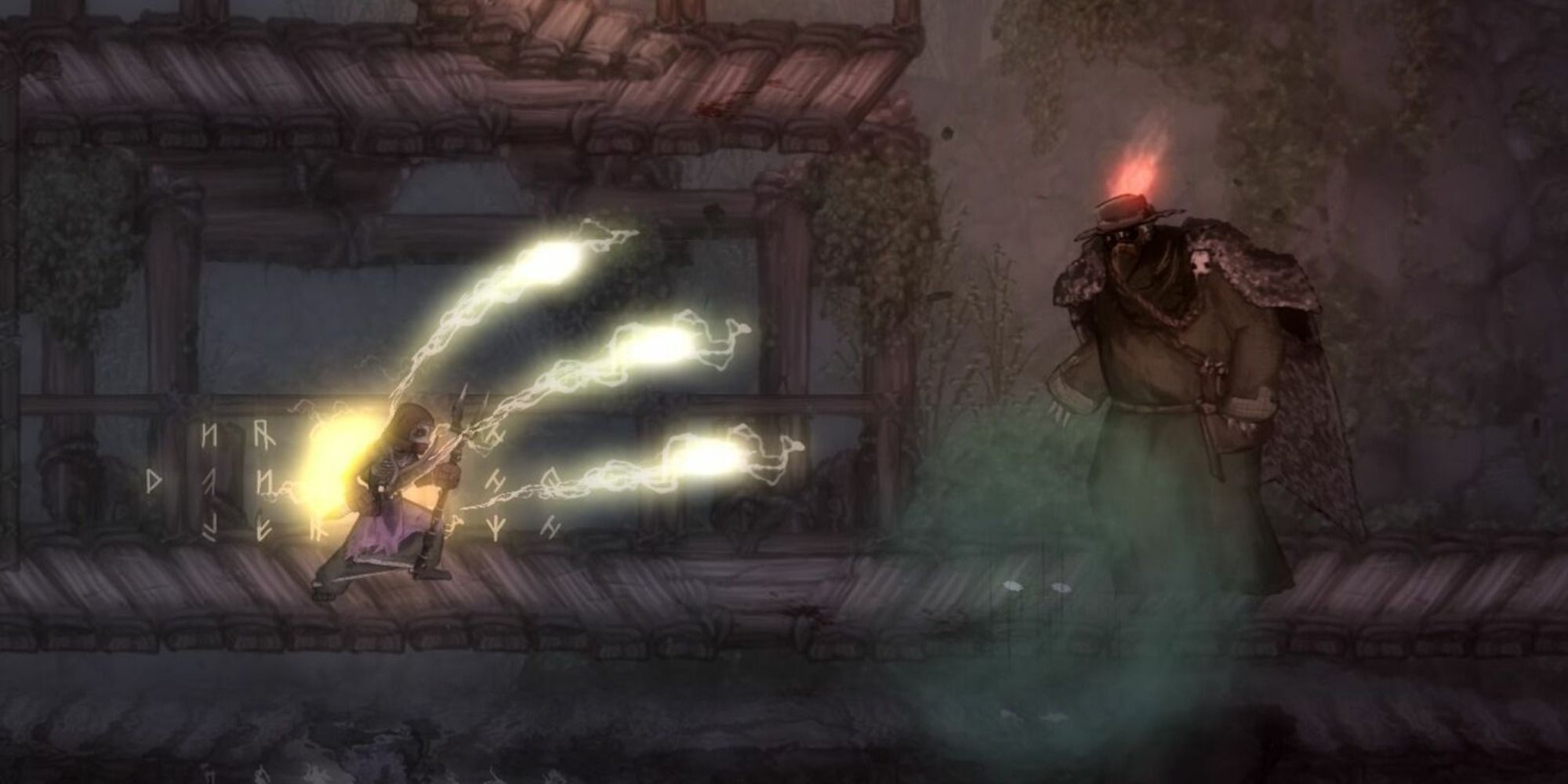 When it comes to melee weapons, many assume they'll need to thrive in Dexterity or Strength to deal the kind of damage they are looking for. However, sometimes you just want to experiment with a bit of magic and need a weapon to back that up. This is where the Staves come in.

They are all so unique and allow anyone to succeed with their Arcana, Strength, or Dexterity scaling. Ultimately, they're all capable of good damage as long as you pick the right one for your build and playstyle. 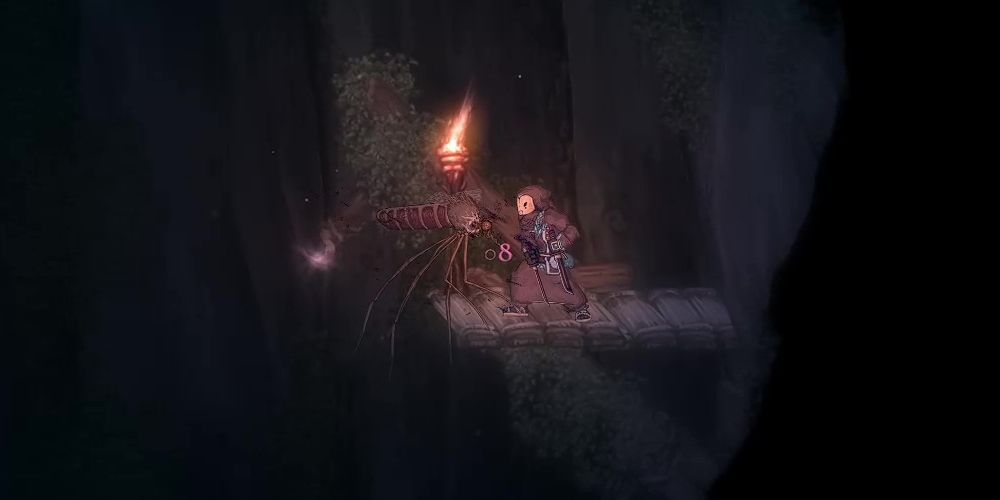 If you're looking for decent damage and speed, then the Twindaggers are the best fit. They may not have a high initial damage output, but the quicker you hit, the more damage you'll end up doing in the long run.

The speed at which this weapon hits can be a little disorientating at times, but once you get used to it, you should be able to compensate for the lower damage and become a powerhouse or hits and dodges. It's a perfect weapon type for any wannabe rogues playing Salt and Sacrifice. 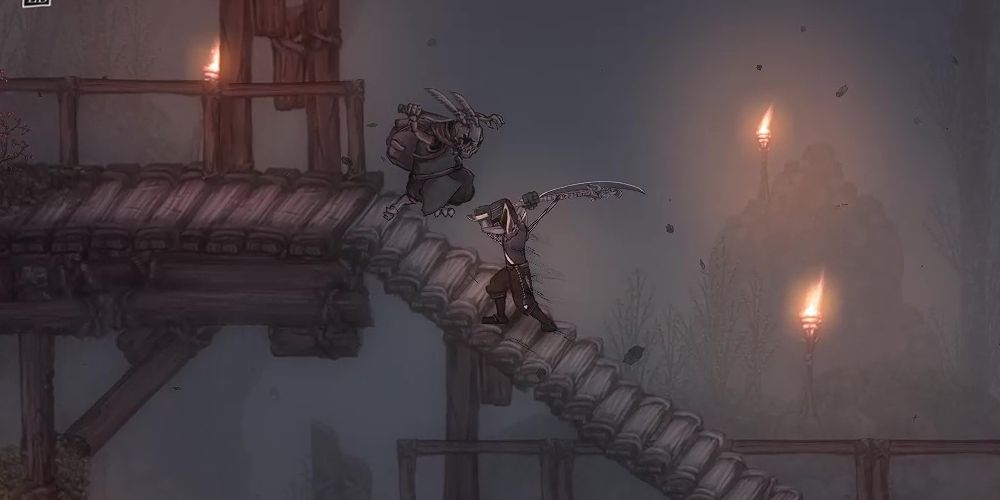 Typically in most action-adventure games where two-handed weapons are available to use, they are labeled as being rather slow but extremely heavy and powerful. This is the case for Salt and Sacrifice, so it's worth being careful when selecting this type.

Don't be fooled by the damage output, and consider whether the speed is something that will hold you back from taking down quick enemies that can break through any defenses or any attacks as you're preparing them. With the right skill, this can be fantastic, or it can be extremely frustrating. 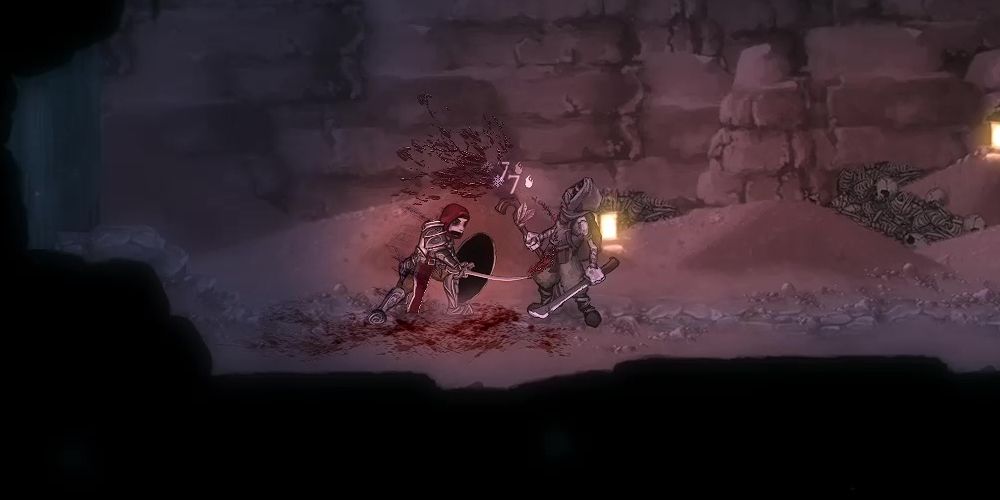 Often, when going up against a difficult and powerful boss, it's not about getting as much damage in as quickly as possible. Sometimes it's all about blocking and protecting yourself from attacks as you wait for him to be open for you to go on the offense.

This is where the Vanguards come in. They have a fantastic block and are often considered one of the best blockers in the game. To further how wonderful these are, they also do some impressive damage and can hold their own with beginners and seasoned pros. 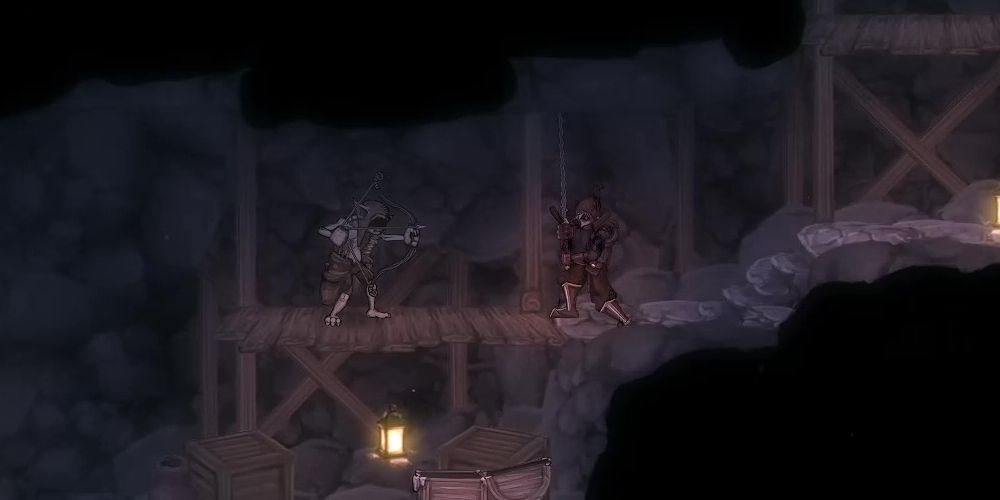 If you thought the Twohanders were powerful, then the Greatblade will be your new favorite weapon. Their size alone makes anyone wielding them feel both unstoppable and deadly. Luckily, this weapon has the stats to back up the aesthetics.

It's got the capability to do some fantastic damage and has a decent speed for something so large and cumbersome. Combine that with the relatively good block and some useful combos, and this should be all you need to beat the bosses in Salt and Sacrifice. 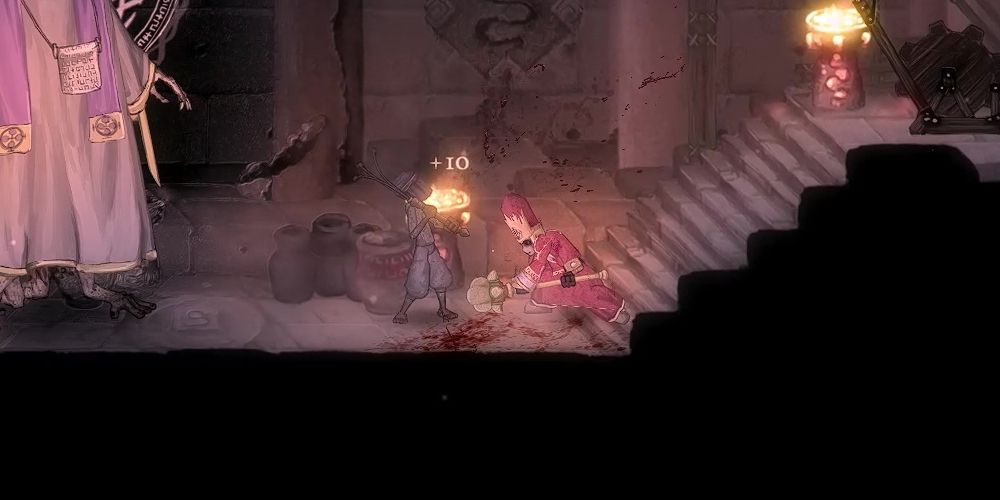 While choosing a Greathammer over a Greatblade is ultimately up to you and how you prefer to play the game, this weapon is unbelievably strong. Most of the weapons in this category will carry you throughout the game and will make you feel like a badass fighter who cannot be stopped.

It does some fantastic damage, has some vital blocks, and will bring bosses down with relative ease if you get the timing down. It still requires an element of skill for the most part, but the hits you do land will be incredibly powerful.