Upcoming sci-fi platformer, Lunark, is a love letter to genre classics from the 80’s and 90’s. For the most part, its familiar retro graphics and cinematic story is a joy to immerse yourself into. However, arachnophobes may not look too kindly on one of the game’s bosses.

The 2D platformer introduces the hero, Leo, who must parkour his way through alien ruins in order to retrieve an ancient artifact. Appointed by his surrogate father Gideon, Leo’s task will have him come face to face with his origins, as well as traverse the rocky ground between the AI Noah and the rebellion against its forces. Lunark – named after the vessel Noah used to transport a handful of humans to an uninhabitable planet – features a lot of applaudable aspects, but one of its eight-legged bosses may halt your admiration for a minute.

The platformer’s alien terrain is already infested with giant spiders and bats, and the demo’s boss fight confirms the fear you had building throughout the game. A giant green and purple spider, with nearly as many eyes as its green puss-filled sacks, hangs in front of you like your worst nightmare. Of course, the only way to defeat it is to shoot at the bulbous sacks on its body and head. Leo’s gun is supplied with unlimited ammo, however, this doesn’t mean that you can fire mindlessly at the giant alien arachnid. The gun will unfortunately overheat if fired too often, leaving you open to attack from its pincers. 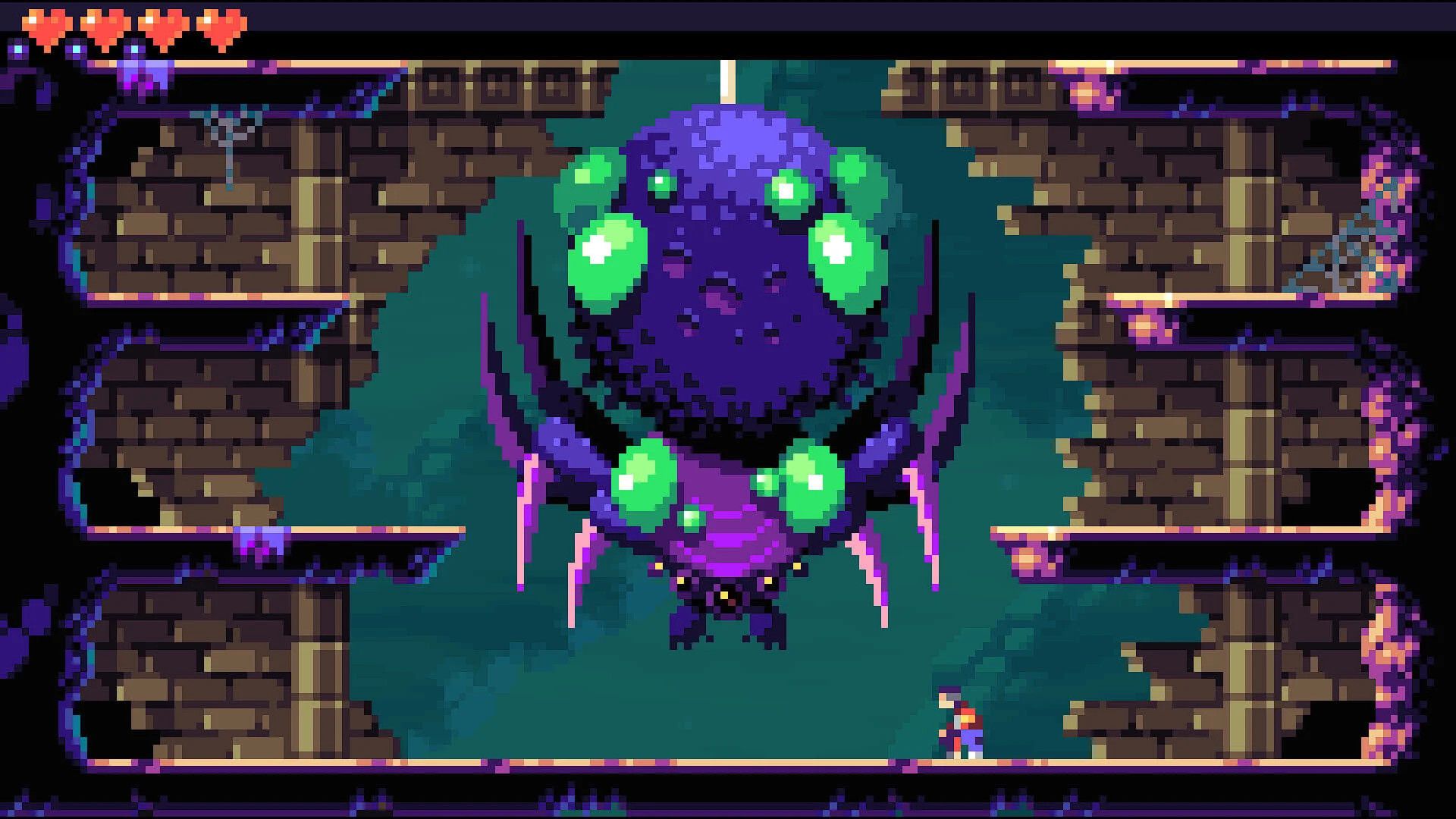 Developer Canari Games has not only created an eye-catching throwback to classic platformers, but it has presented an effective way to conclude Lunark’s demo – instilling the adequate amount of fear that you should be feeling with every boss battle. After the horrendous ordeal of facing up to the multicolored monstrosity, you may be intrigued to see what else Lunark has in store for you. There is currently no official release date for the full game, but it is expected to drop some time this year.

Platformers are certainly making a resurgence in the modern gaming world, and this next entry features another creepy-crawly, but a friendly one. Glyph recently released on the Nintendo Switch, and has you controlling a mechanical scarab navigating the colorful, open-world alternative to Egypt.