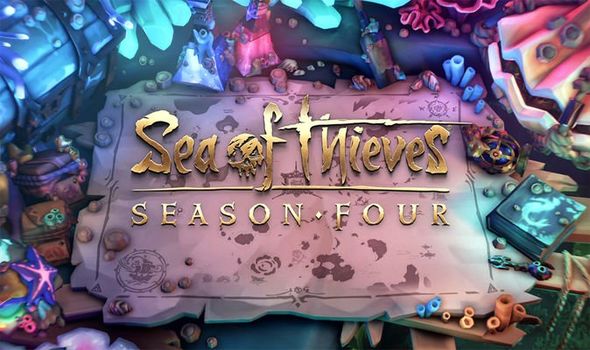 Sea of Thieves Season 4 is about to go live on Xbox Series X/S, Xbox One and PC.

The new Sea of Thieves season has a September 23 release date on consoles and PC.

As part of the new season, fans can expect new missions, challenges, rewards and locations to explore.

Unfortunately, however, the new season will be preceded by a period of server downtime, which kicks off at 10am BST UK time.

The news was announced by Sea of Thieves developer Rare, alongside a taste of what fans can expect from the new season.

“Attention pirates! The Sea of Thieves servers will be offline from approximately 10am BST tomorrow, Thursday 23rd, so that the path to the Sunken Kingdom can be opened, and a new Season can begin.”

The headline new feature is the ability to explore the Sunken Kingdom, where pirates can discover treasure.

The Sunken Kingdom contains six unique shrines, complete with their own monsters and treasures.

“The Sunken Kingdom has awoken and players can now dive deep to uncover the secrets of six unique siren shrines, or claim plunder from treacherous treasuries far below the waves,” reads the official description.

“Each siren shrine poses unique challenges and threats, and also houses plenty of plunder for daring crews who can solve the mysteries contained within.”

Treasures can be traded in for big rewards at the Pirate Emporium, although you’ll have to be careful not to run into other pirates.

In order to transport your treasure back to your ship, players will need to stash chests at Merfolk statues. These can be retrieved when you reach the surface.

Check out the Sea of Thieves Season 4 trailer below for a closer look at the new features.

And while shrine locations have been marked on the map, players will need to look out for a shimmer to discover the exact point.

Other unique new items include the Cursed Adventurer Cutlass, as well as a brand new spyglass.

Available as a separate purchase, the Plunder Pass contains 11 items, including a selection of spooky skins.