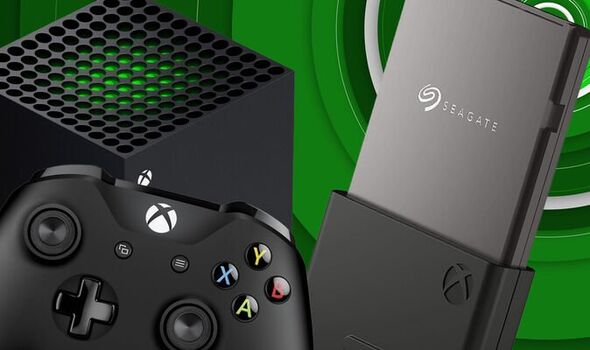 Amazon Prime Day is almost over, so you’d better hurry if you want to take advantage of the very best deals and discounts. The latest Amazon sale gives Prime members the opportunity to make big savings on thousands of products from every department. This includes a fantastic deal on Seagate expansion cards for Xbox Series X and Series S consoles. First things first, however, you’ll need to sign up to Amazon Prime.

Whether you try Amazon Prime for free, sign up at £7.99 a month, or pay £79 for the entire year, you can now enjoy all of the Prime Day discounts and member benefits.

And the discounts don’t get much bigger and better than for the 1TB Seagate expansion card, which is currently available for just £156.74.

Representing a saving of 39%, the Seagate expansion adds an extra terabyte of storage to your Xbox Series X/S console. And because it’s a solid state drive (SSD), you still get the super speedy loading times and performance boosts.

“That includes improving the overall performance of thousands of Original Xbox, Xbox 360, and Xbox One games.”

If you want to expand your Xbox Series X/S storage without sacrificing load times, then check out the 1TB Seagate Storage Expansion Card on the Amazon website.

In addition to next-day delivery and discounts, Amazon Prime subscribers can also download a boatload of free games.

Once you’ve claimed the free games as part of your Prime membership, they’re yours to keep forever.

“Amazon Prime members are in for a real treat! Prime Gaming is thrilled to offer members even more free games as part of this year’s Prime Day offers, happening on July 12–13,” reads an Amazon post.

The highlight of the Prime Day gaming giveaway, Mass Effect Legendary Edition bundles the remastered Mass Effect trilogy with all of the post-release DLC.

“Relive the epic saga and prepare for an unforgettable adventure in the highly acclaimed trilogy,” reads the official description.