I’ll never forget the first time I saw a Divine Beast. If you've played Breath of the Wild, I bet there's a good chance you won't either.

Back in 2017, I picked up the game on Wii U, a console I basically owned to exclusively play prettier versions of the Zelda games I loved as a kid. It was the first open-world game I had played after my college-long break from gaming as a serious hobby. That combination of reverence for the series and inexperience with the genre likely impacted the seriousness with which I approached the game's quest to destroy Calamity Ganon.

After speaking with the ancient Impa of Kakariko Village, I began to prepare to tackle one of the four Divine Beasts she had marked in yellow on my map. The mechanical monsters inhabited the four corners of Hyrule, and I wasn't sure I could handle any of them. After getting trounced by low-level bokoblins on the Great Plateau, I was skeptical I could tackle the challenge posed by any foe whose name suggested godhood. 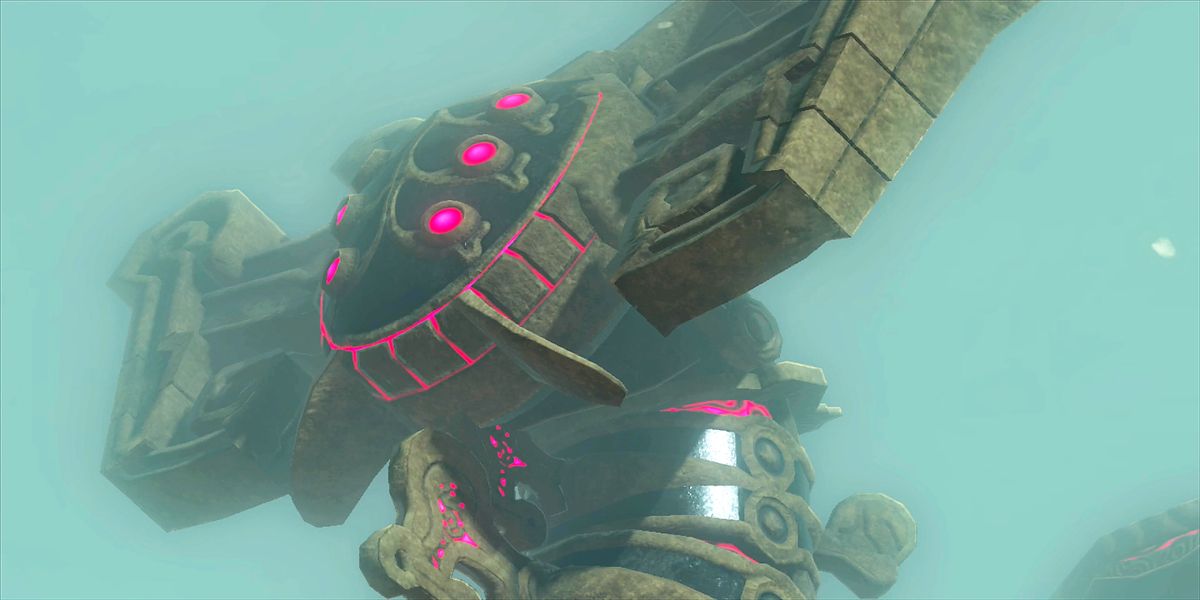 So, I prepared carefully before I set out. That early tutorial section before you get the glider forces you to learn how to cook dishes that will allow you to survive the elements, so I knew what I had to do. Before I left, I collected as many ingredients as I could, hunkered down outside Dueling Peaks Stable, and combined as many as possible in the simmering pan to produce an inventory full of helpful dishes. I didn't know when I would come across another cooking pot on my journey, so I wanted to make sure I had everything I would possibly need — foods for warm and cold weather, health and stamina, attack and defense.

With a heavy backpack, I took a horse out from the stable, settled on Gerudo Town as my first stop, and set off for the west. That journey took some time and, unfortunately, I had to abandon my horse not far into it. On the journey, I ran into a hinox (and ran the other way), defeated some lizalfos and moblins, and died my fair share of times. But, eventually, I made it to Wasteland Tower, a spire extending high into the air above the land I had just traversed, positioned atop a cliff right on the edge of the desert. I made my way to its peak, activated it, then looked down and out across the wastes.

Far off, past cliffs and into the desert sand, a giant mechanical camel stomped back-and-forth. For some reason, it didn't even click for me that this could be Vah Neboris, the Divine Beast of the Gerudo region. Breath of the Wild had already revealed itself to be so full of surprises that I thought this was just another mystery. Early on in my playthrough I had glided onto a boulder only to have the rock stand up and start whaling on my ass. Anything could happen. I couldn't be sure that this was a major quest location; it could just be a strange sight to see in the wastes.

I was filled with a sense of wonder as I leapt from the tower and sailed down to the sands below. For a while, I stayed away from the giant robot camel. I didn't want to get too close and risk discovering its true nature before I was ready. Eventually, I did the quest and entered the giant machine. But, it's the experience of seeing this mysterious robot striding across the sand, kicking up dust, that remains etched in my memory. It was unlike anything I had seen before in a game and it remains unlike anything I've seen since.