Every genre has a range of games within it, that push the boundaries on each side. Think of first-person shooters. On the one hand, you have the kind-of realism of Call of Duty and the smooth movement of Titanfall 2 – both examples of a traditional FPS. On the other, you have New Pokemon Snap and Neon White, completely non-traditional but FPS games nonetheless. You can divide these into subgenres (rail shooter and… speedrunner…?), but they’re still first person shooters at heart.

This may seem obvious, but when someone says, “I love FPS games,” you immediately imagine CoD or Halo. That has something to do with the size and social reach of the former games, but genre conventions have a part to play too.

Related: Why Did Call Of Duty: Modern Warfare 2 Attempt A Stealth Water Mission?

Nowhere is this more true than in the skating genre. To reuse the previous example, if someone says they like skating games, you’ll probably think of Tony Hawk’s Pro Skater. Again, that’s largely because of the game’s infamy, but it’s also solidly in the middle ground. It’s a bit realistic, and a bit arcadey. You push X to do a kickflip, but the graphics look pretty realistic while you do so. 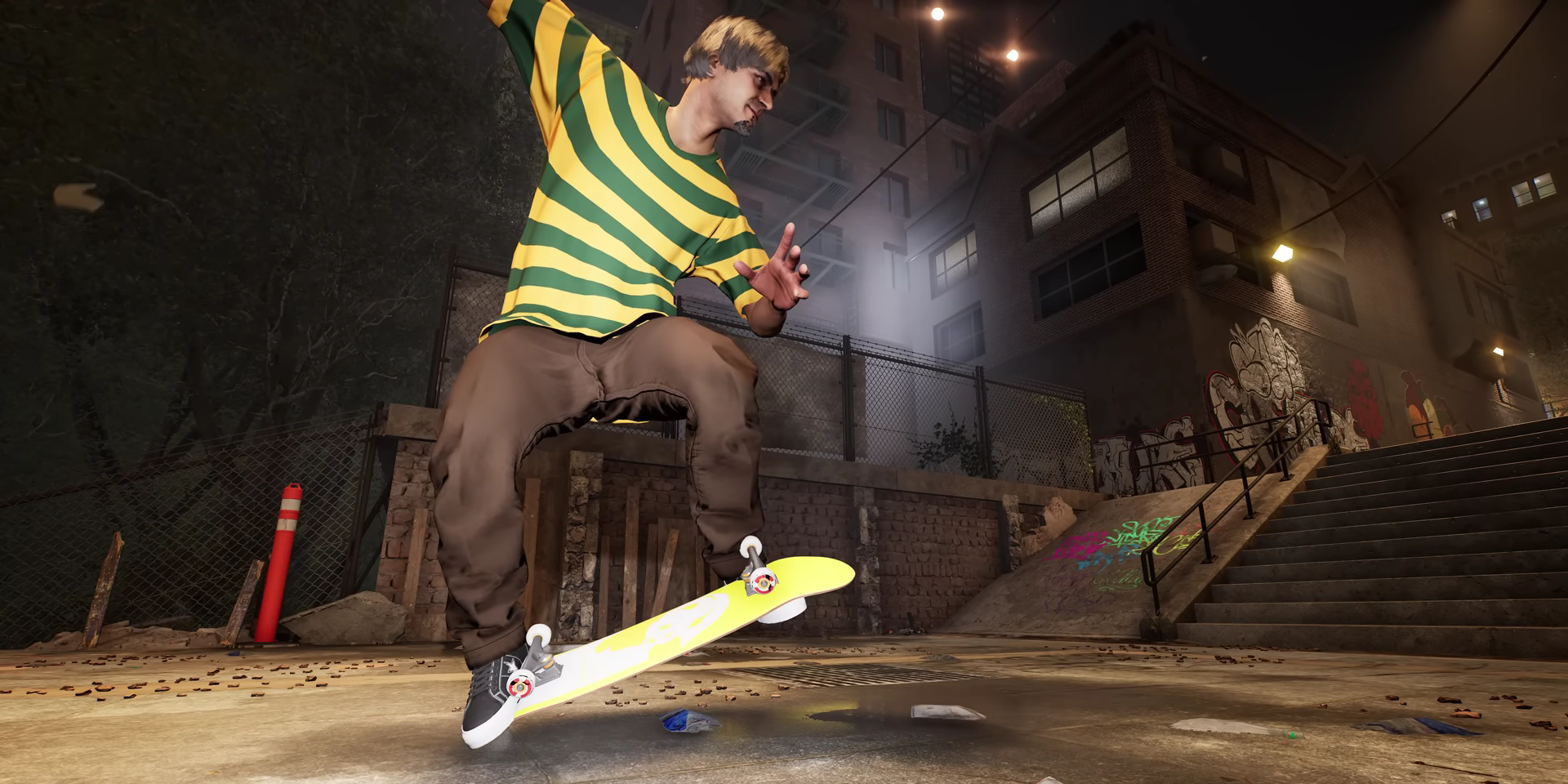 I’ve been playing Session and OlliOlli World recently, in an attempt to hit as many Game of the Year contenders as possible before writing my own list. The fact that I’ve started the two skating games at the same time is no coincidence; it’s not that I wanted to compare them to each other, I just got the skating bug after watching the 2022 Super Crown Championship in Brazil this month. But it is a coincidence that the two biggest skating games to release this year are from opposite ends of the genre spectrum.

Session is a hardcore realistic skating simulator. It’s not just got realistic graphics – although its realisations of New York City, Philadelphia, and San Francisco are great – hitting tricks requires you to position your skater’s feet in the right places, grinding rails requires precise positioning of the board, and any imperfect joystick placements will result in your skater hitting the deck. There’s none of those assists that make Tony Hawk so fun: no snapping to rails or generously spinning you an additional 20 degrees in order to land that 720. That doesn’t mean it's not fun, the punishing difficulty encourages dogged determination in the pursuit of the perfect Pop Shuvit, and the mixture of relief and excitement when you finally nail it is incomparable to hitting any hand-held trick in Tony Hawk. 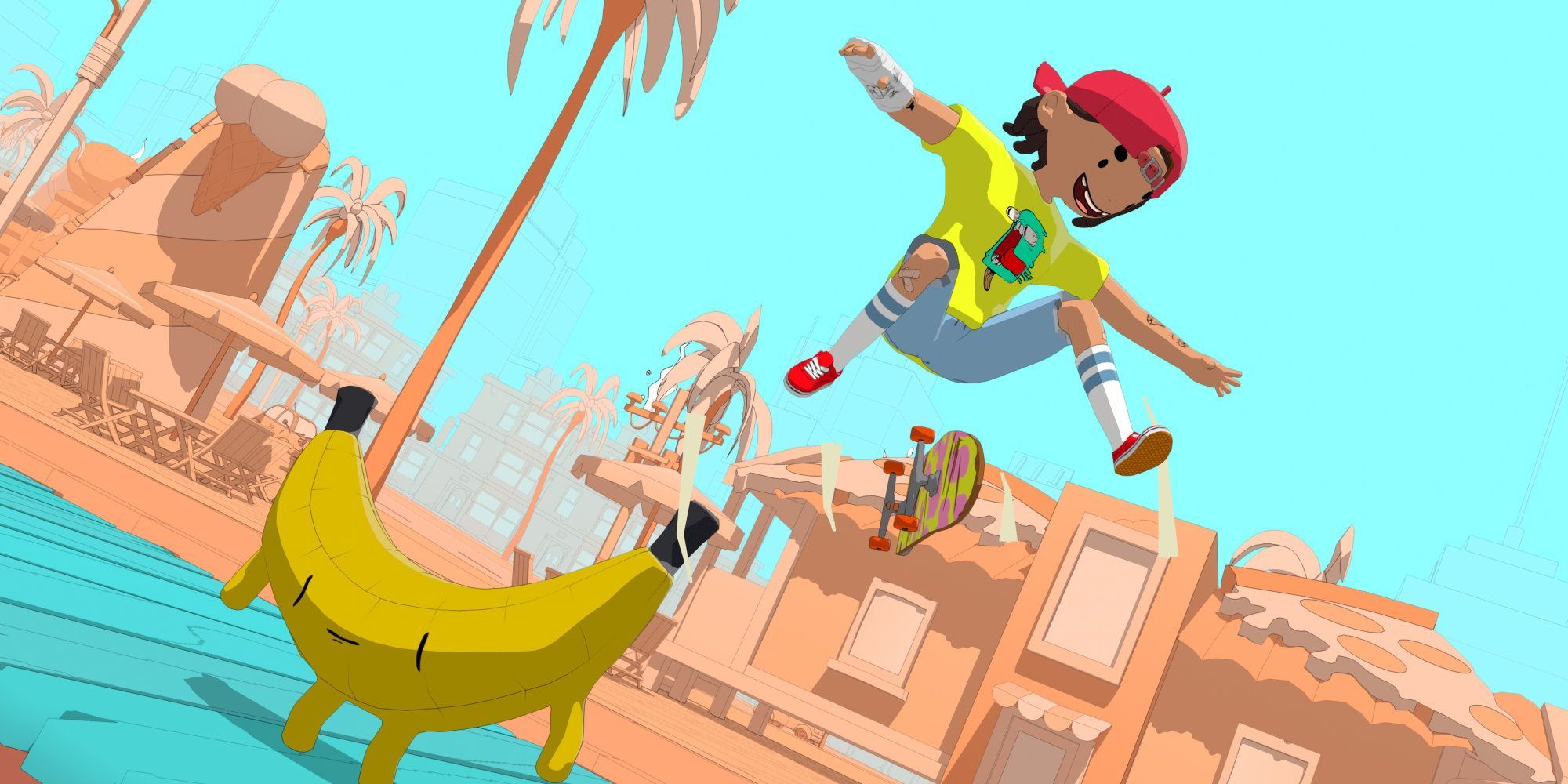 On the other hand, you have OlliOlli World, which completely eschews realism and leans into the arcade side of the genre in both style and substance. The wonderful cartoon aesthetic embodies skate culture without needing the crutches of Thrasher or Vans, and executing long button combinations to grind for miles is physically impossible in real life (I checked).

OlliOlli World gives you missions that involve jumping over giant bees, executing minutes-long combos, and ultimately meeting the skating gods in Gnarvana (see what they did there?). Having realistic skating mechanics that reward foot placement wouldn’t work in a platformer, and wouldn’t fit the OlliOlli vibe, and it’s no less a skating game for that. It’s no less difficult, either – have you tried high-fiving three characters without breaking a combo streak of unique, non-repeated tricks?

Jumping back and forth between Session and OlliOlli World makes both these tough games harder, too. When I first loaded up the latter, I immediately attempted to use the Session controls to Ollie. The Skate Wizard was very gentle and taught me the OlliOlli way, but any time I switched between games I mixed up the controls, even if there’d been hours between sessions. It was this game switching that really turned me onto the stark differences between the two titles. 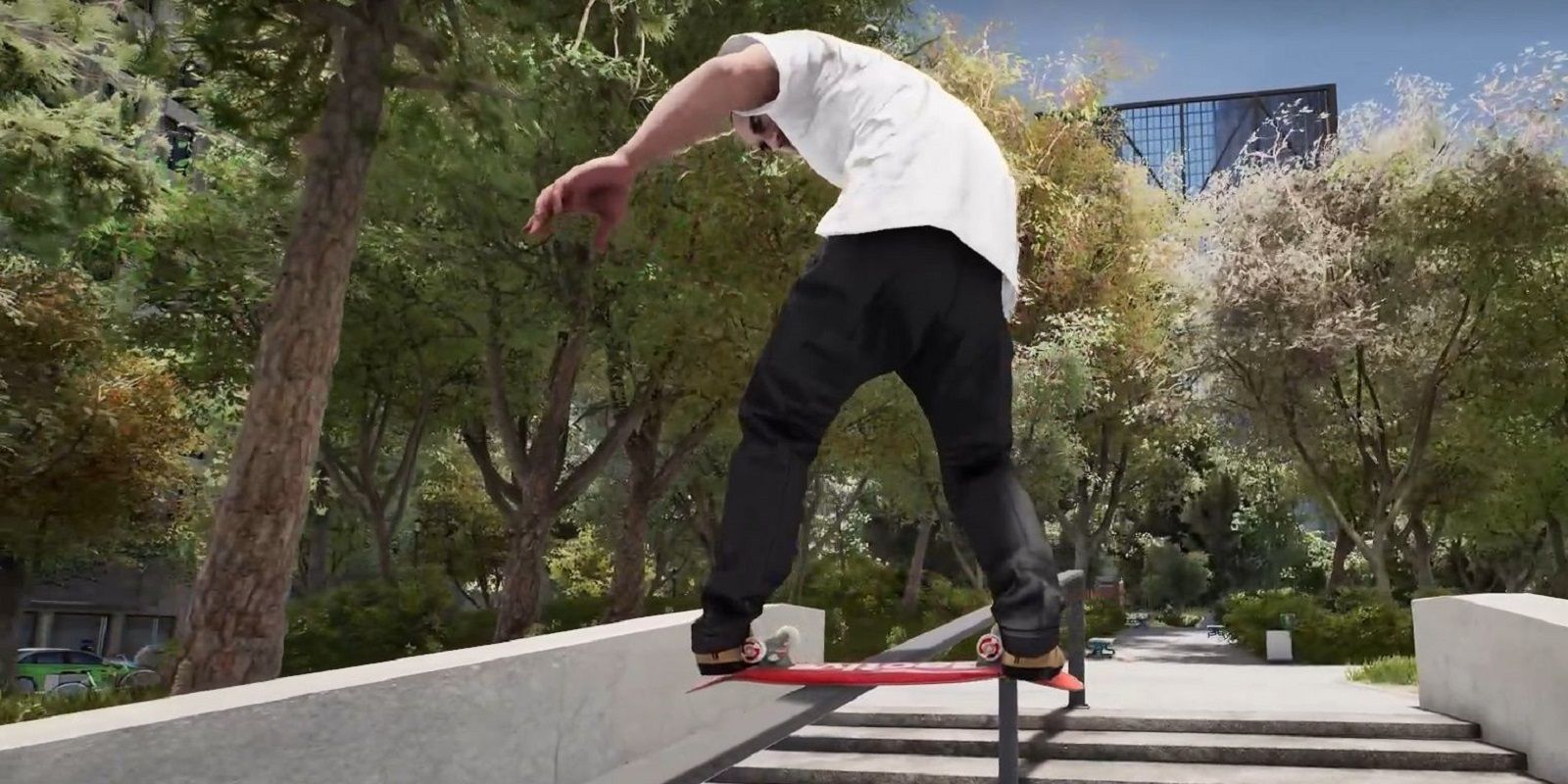 From the presentation to the mechanics, Session and OlliOlli World couldn’t be further apart, and the skating genre is richer for it. I know indies are always renouncing and iterating on genre conventions, but I wish more triple-A titles did, too. The next Call of Duty will never have realistic recoil and Activision will never force you to manoeuvre the joystick in an accurate recreation of reloading a magazine, but it could. CoD is very much the Tony Hawk of shooters – that safe middle ground, realistic graphics but increasingly arcade-like mechanics. But it could push the boundaries of what shooters could be. I don’t expect it to, but Pokemon could do the same for turn-based RPGs. Why not try removing the overworld completely? Or reject the 3D graphics the series has been chasing for so long?

Triple-A titles will never change because they already make money as they are. Gamers like what they know, and they currently know safe, middle-ground games that don’t challenge their perceptions of genre. No major studio will take a risk with its prized IP on the line. Crea-ture Studios Inc. took a huge risk with Session, and it paid off. Not only did the developer make a great game, it created a unique iteration on an established genre, broadening the scope of what skating games can be. OlliOlli World is slightly different, being a sequel in an established series, but it does the same thing for the genre, pulling in the opposite direction. In a world of Tony Hawks, we need more Sessions and OlliOllis.