Many people dream of finding “the one” and falling in love. That kind of passionate romance is such a cultural obsession that many of the most successful video game franchises have marriage options in order to entice and appease players looking for love. The Elder Scrolls is no exception, with Skyrim having 67 potential marriage candidates for players to choose from. Even better, none of them are constricted by gender, similar to games like The Sims.

But even in this wide variety, there is a distinct deficiency of options for those wanting to marry an Argonian, reptilian people whose species largely live in Tamriel’s Black Marsh. This is quite the shame, as Argonians are often intelligent and skilled folk who have fantastic swimming skills and intricate marriage rituals. There are only three marriageable Argonians in all of Skyrim, but they all make wonderful companions if you can fulfill their marriage requirements. Luckily, this guide has everything you need to know.

Shahvee, bless her heart, is the sole female Argonian players can marry in Skyrim (without mods, of course.) She lives in the Argonian Assemblage in Windhelm and works a staggering 12 hours a day on the tanning rack. Won’t somebody save this lovely woman from such an inhumane work schedule?

Despite this workload, Shahvee is quite a positive person, choosing to bring happiness to her life rather than wallow in her situation. She leans heavily on her faith in Zenithar, but recently her Amulet of Zenithar was stolen by thieves, more bad luck for an undeserving person.

In order to win her favor, the Dragonborn must hunt down her necklace, which is randomly determined to be in one of these five dungeons: 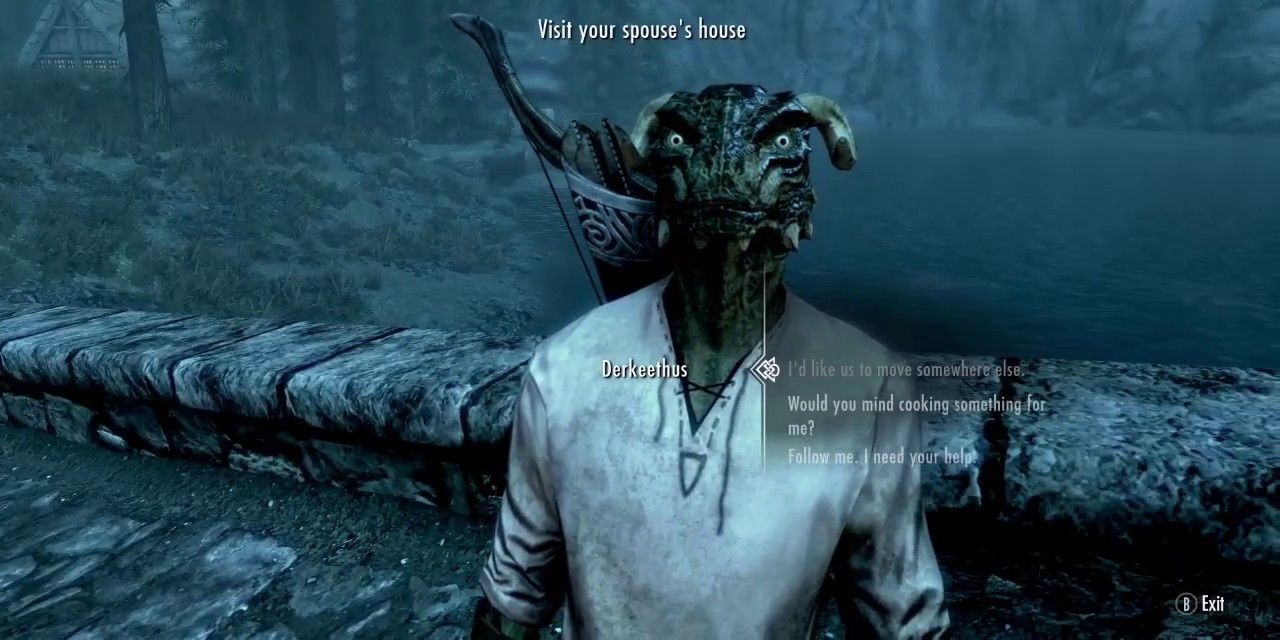 Derkeethus is quite the individual, considering he is the only Argonian follower in the entire game. This miner and ranger is skilled at Archery and Light Armor and can reach up to level 30. Plus, as a follower, you can equip Derkeethus with whatever armor and weapons you want, including some seriously powerful bows and arrows. He’s skilled, hard-working, and has handsome horns. Who can pass up a catch like this?

However, it will take some work in order to marry Derkeethus, as he has gone missing and hasn’t been seen a while by his fellow Darkwater Crossing companions. Hrefna and Sondas will tell you he is missing, allowing you to start “Extracting an Argonian” and rescue Derkeethus.

You’ll find Derkeethus captured by Falmer in Darkwater Pass, so make sure you’re strong enough to deal with Falmer. Derkeethus can’t be killed during the mission, thankfully, but make sure he stays close to you while escaping. Unfortunately, his Essential status as an NPC goes away after his rescue, meaning he is vulnerable to death, particularly to Falmer attacks on the camp. Make sure you scoop Derkeethus up quick and have him live with you before that happens! 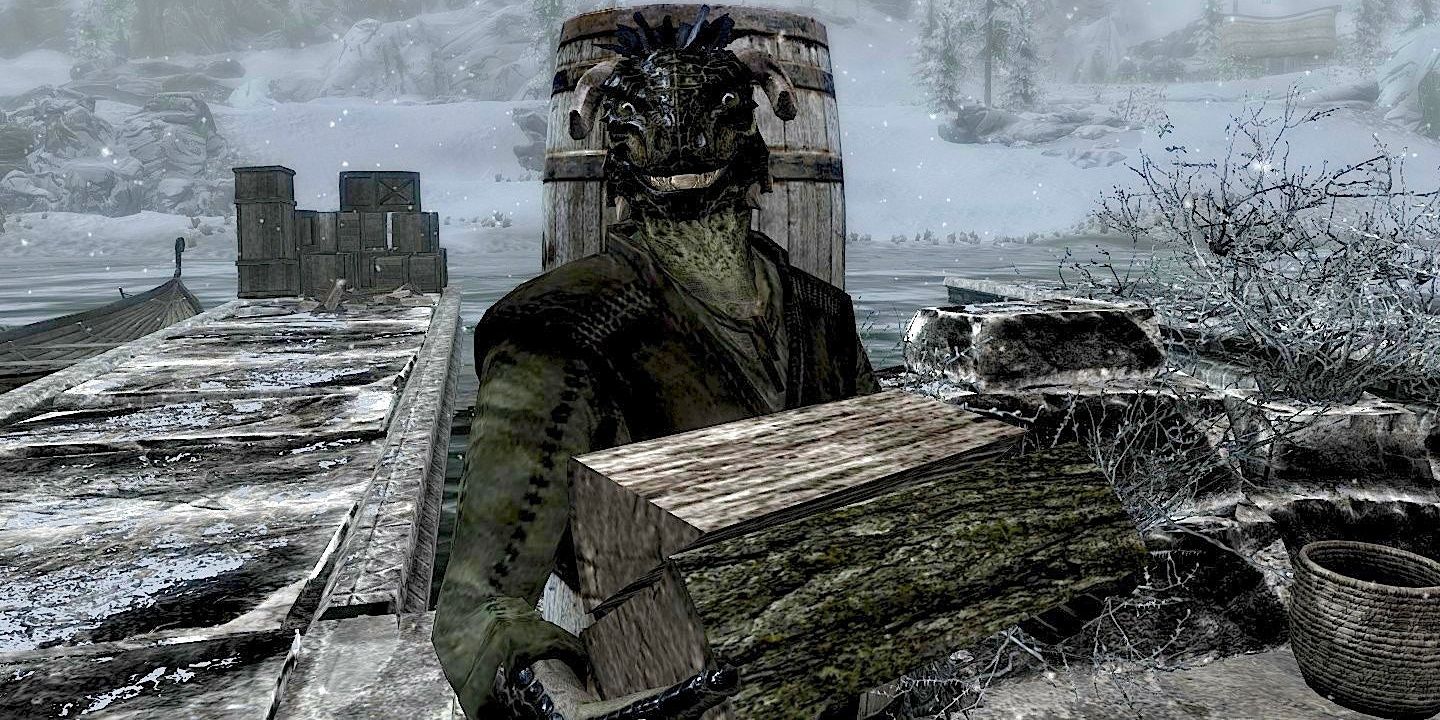 Scouts-Many-Marshes is a dock worker in Windhelm and lives in the Argonian Assemblage like Shahvee. He works a back-breaking 12 hours moving firewood and doing other menial labor (though looking quite handsome while doing it.) Also, like Shahvee, he requires doing a favor (or a radiant quest) before you can ask him to marry you.

Scouts-Many-Marshes tells the Dragonborn of how the Argonians’ boss, Torbjorn Shatter-Shield, has been hoarding coins and paying them all a sliver of what he pays Nords. Clearly, this is awful, and Scouts-Many-Marshes asks you to help settle the issue by talking to Torbjorn for him. Who are you to deny the request of such a dedicated man?

You’ll find Torbjorn Shatter-Shield at home or at Candlehearth Hall, drinking coin away (which rightfully belongs to the Argonians down at the dock). There are four ways to get him to agree to fair wages, three of which require you to pass a Speech Challenge.

After acquiring fair wages for the Argonians, speak to Scouts-Many-Marshes again to receive his thanks, as well as a reward of either three restoration potions or two fortify-skill potions. Now that you’ve proven your dedication to making Skyrim a better place, Scouts-Many-Marshes will be happy to marry you if asked. Hopefully, he’s okay with the nickname Scouts, because it’s quite cute and he absolutely deserves love.

Next: Who Should You Marry In Skyrim Based On Your Zodiac Type?

Hayley Mullen is a writer, composer and gamer from Toronto. While at school, they worked as a radio show host playing video game jams during the prime studying hours of 12-2 am. Having played over 700 hours of Pokémon Emerald, they are a true lifetime fan of the series. When not gaming, Hayley enjoys embroidery, poetry, and reading mystery novels.