When it comes to hated and detested Skyrim characters, there aren't many people out there for which Nazeem doesn't spring to mind. His snarky put downs and and degrading comments about how you don't get to the Cloud District very often have made him an enemy of the Skyrim community, so much so that it's likely Nazeem has already been shanked and thrown in the nearest ditch in your average player's world.

However, if you really hate yourself and want to make your next Skyrim adventure as miserable as possible, one modder has made it so you can replace absolutely every NPC in the game with Nazeem. This horrible creation is called "Cursed Skyrim – Nazeem Replacer" and does exactly what you'd expect it to. Better yet, Nazeem also wears the clothes of the person he's replacing, making it seem like he's a parasite that just eventually takes over the host.

There are a couple of side effects of the mod, as you would probably expect. Nazeem doesn't replace "humanoid creatures" like Giants, Bandits, Forsworn, and Draugr, so thankfully you don't have to worry about a horde of Nazeems chasing you down through Skyrim's wilderness. Unfortunately, that does mean that those types of enemies just aren't in the game any more. In fact, the only creatures/NPCs that haven't been replaced with Nazeem are dragons because it apparently crashed the game when the modder tried. 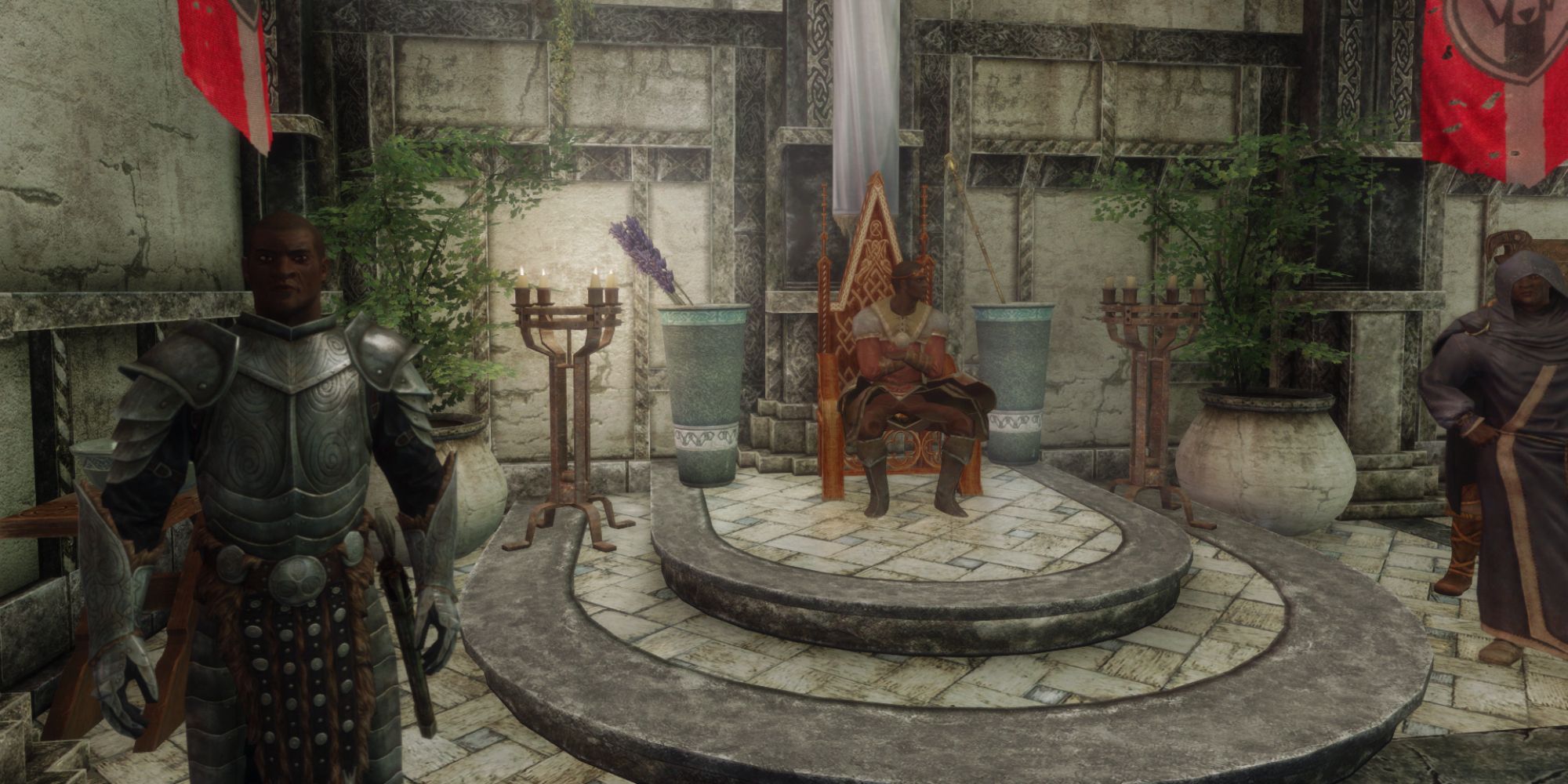 Worst of all, if you take off your helmet, put the game in third-person, and spin the camera around, you will see that you too are Nazeem. That's right, the main character's appearance is set to Nazeem by default, meaning that not even the Dragonborn can escape Nazeem with this mod. You will become the thing that you despise, but surely it's worth it at least for a chuckle.

If becoming Nazeem is a bit too unpleasant for you and you want to look a bit more rugged and handsome, perhaps you'd rather be Geralt of Rivia instead? A different Skyrim mod which recently released lets you play as Henry Cavill's version of Geralt from the Netflix TV show, letting you roleplay as a Witcher travelling across Tamriel.