We finally have a name for Breath of the Wild 2! Link can also go on rock lifts and a Hylian stealth bomber! Rejoice! I’ll stop taking the piss now, I’m excited for The Legend of Zelda: Tears of the Kingdom. But to be honest, I’m more excited because Breath of the Wild is one of my favourite games of all time rather than because of anything we’ve seen in any trailers.

Nintendo is playing its cards close to its chest with Tears of the Kingdom, but that hasn’t stopped eager fans from analysing the epic reliefs to try to figure out exactly what has happened to Hyrule and where this fits into the complicated clusterfuck that is the Zelda timeline. However, many people are too busy looking at the visuals of the trailers, that they’re missing the clues in the title.

That includes my own colleague, Lead Features Editor Jade King, who provided some excellent analysis of the new trailer as soon as it dropped. I learned a lot from her feature, but she failed to analyse exactly what the titular ‘tears’ are, aside from conjecturing that they are “the lingering presence of a world that has ceased to exist for centuries.” She could be right, but if we look to previous Zelda games, there might be more at play. 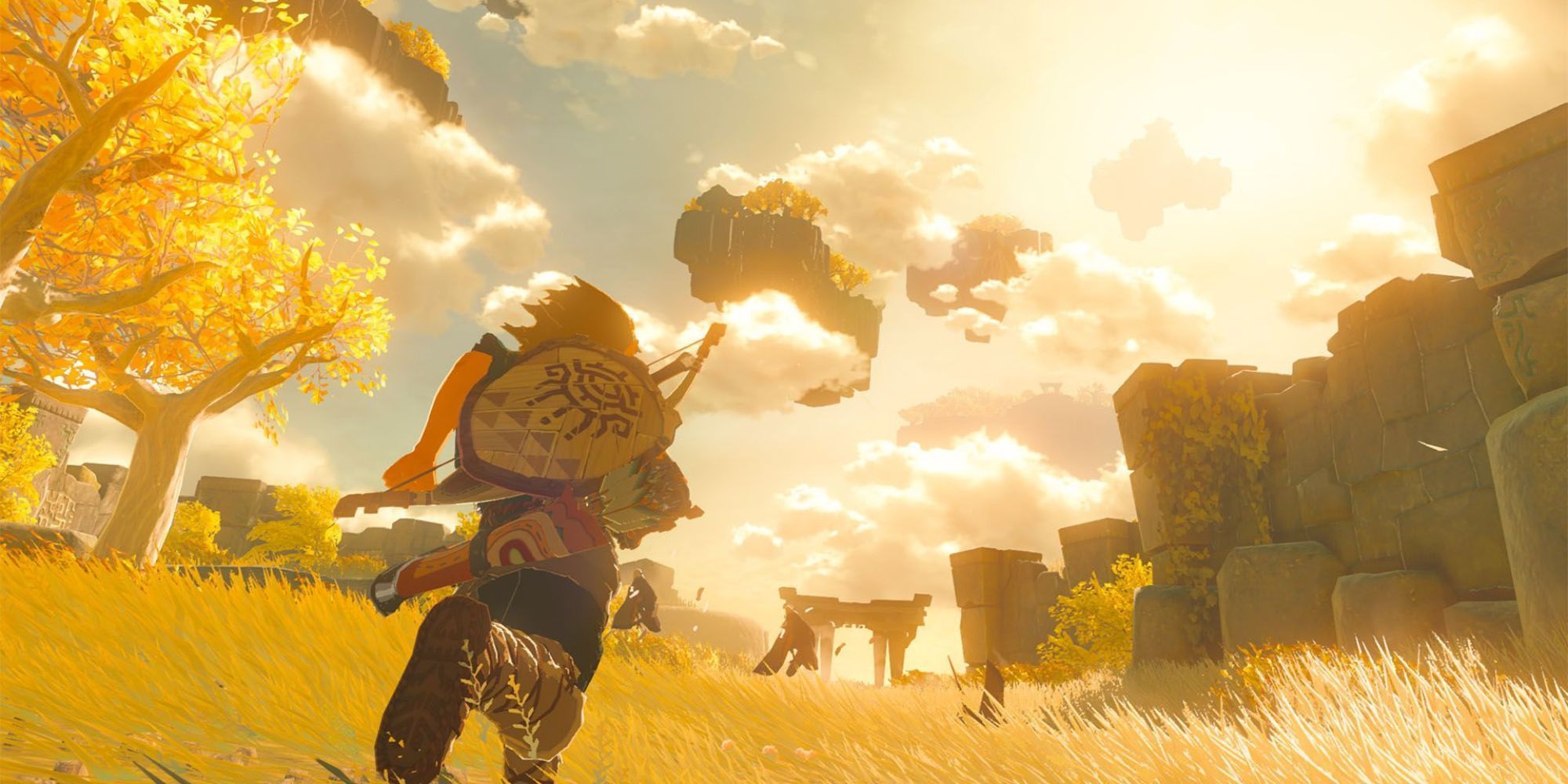 First, let’s look at Breath of the Wild. The only tears of importance are the ones that drop on your Sheikah Slate when you climb to the top of the Sheikah Towers across Hyrule. It’s worth noting that there’s an almost opposite tear drop effect in one of the early Tears of the Kingdom trailers, which transports Link up to the civilisation in the clouds. Are these the eponymous tears? It seems unlikely, but that cloud Hyrule will have a hugely important role in the game, and for that, we can look to Skyward Sword.

The original Wii game was divisive when it came out, mostly thanks to the motion controls used to swing Link’s sword. However, its story had huge ramifications for the lore of the series, being chronologically first. Some suspect Breath of the Wild may have occurred pre-Skyward Sword and guess that its sequel will establish Skyloft in the clouds as Hyrule is destroyed, only to be reformed before any other Zelda game canonically occurs. I don’t agree at the moment, but the parallels between Skyloft and Tears of the Kingdom’s cloud city are clear. However, Skyward Sword has more information to offer than just a world in the sky.

Many people have guessed that the seven items pictured around the long-eared creature on the carving in the latest trailer are the Tears of the Kingdom, you know, from the title. I wondered if they represented the Seven Sages also, but the tears make sense for a couple of reasons. 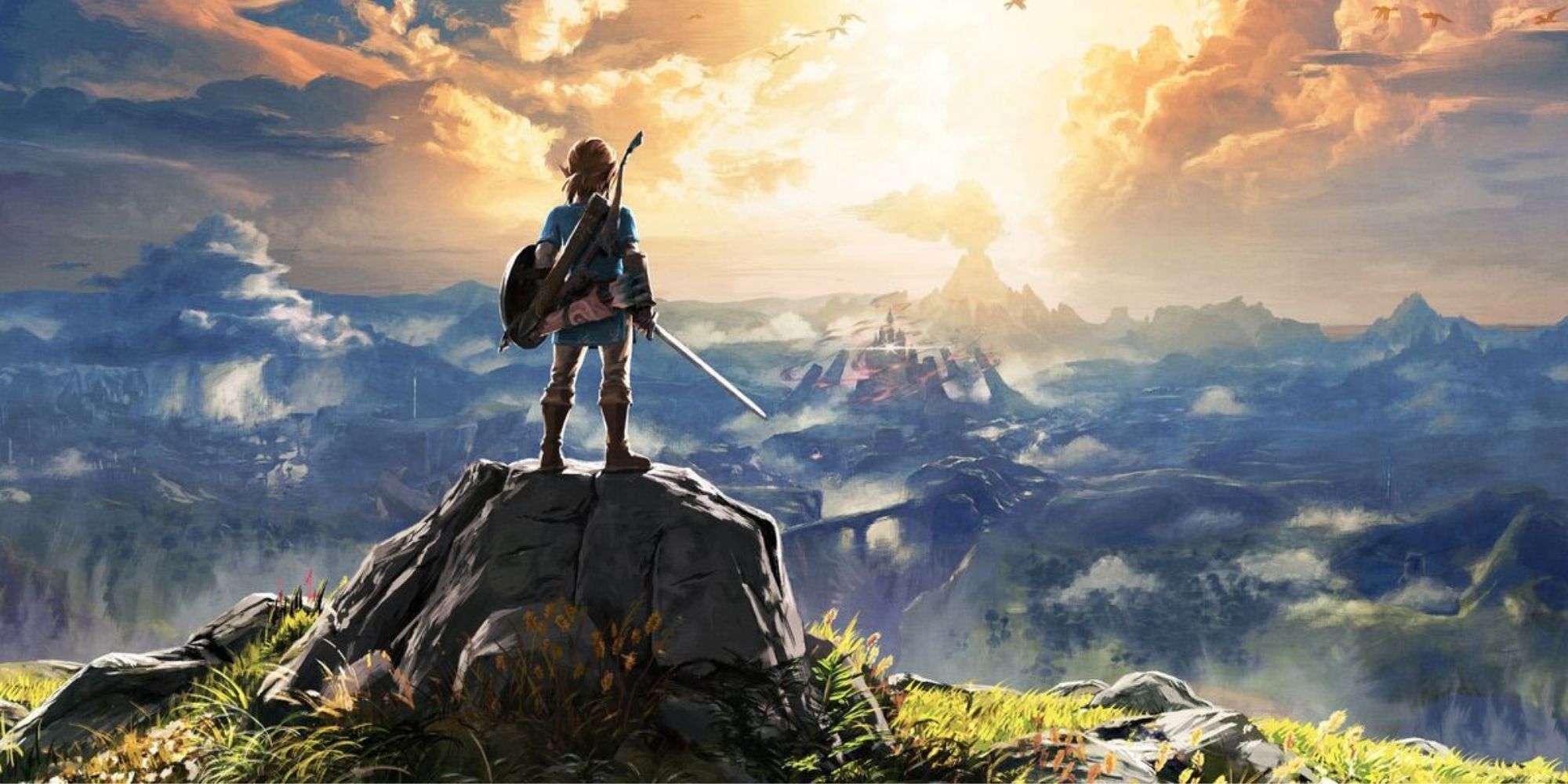 I’m bringing this back to Skyward Sword, don’t worry. If you remember what your actual tasks were (and if you weren’t too busy just flying around and doing loop-the-loops) collecting sacred tears in the Silent Realms. Link is rewarded for collecting the tears, given useful items like the Clawshot and Water Dragon Scale (which allows him to swim and dive underwater). Most fans would rejoice if the seven tears, if they are indeed tears, are in seven main dungeons in Tears of the Kingdom – lack of proper dungeons was the biggest miss in Breath of the Wild – but perhaps the Switch sequel could also reintroduce Link to some of his famous tools as well.

I’m stretching a little at this point, but the Skyward Sword parallels are growing with everything we learn about next year’s Zelda game. First we have a new version of Skyloft, and now tears connect both games too. Maybe Tears of the Kingdom is a prequel to Skyward Sword, which would make Breath of the Wild canonically the first game in the Zelda timeline? I still doubt it, but I believe the Wii game could have yet more importance as we learn more about Tears of the Kingdom.