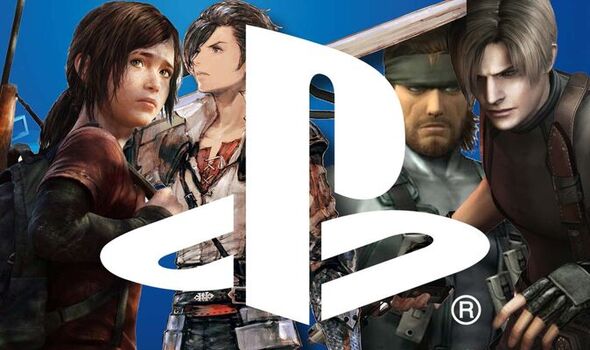 PS5 gamers could be treated to a truckload of announcements in the coming weeks which will leave their jaws on the floor. Sony are rumoured to be holding a major State of Play event in March which could reveal some long awaited announcements. Among the reveals tipped to take place in the coming weeks is the unveiling of Sony’s rumoured Game Pass rival, which will reportedly combine PS Plus and PlayStation Now into one convenient package as well as offering – among other things – backwards compatibility with PS1, PS2 and PS3 games.

Whispers of a March State of Play have come from Tom Henderson, the leaker known for his GTA 6, Call of Duty and Battlefield leaks, as well as XboxEra’s @Shpeshal_Nick whose past leaks include correctly revealed Final Fantasy 7 Remake was coming to PS Plus as well as leaking the first Elden Ring footage.

Earlier this week Henderson tweeted: “Not a scoop or anything… But surely PlayStation has to be doing *something* in March?

“There’s too many things aligning that suggest it’s probably the case.”

To which @Shpeshal_Nick added: “Happy to add to what’s already out there. Yes, they’ve got a show in March. This is supposed to be ‘the good one'”.

It would stand to reason that a big State of Play is coming up. Sony has already released one of its biggest PS5 games for the year, Horizon Forbidden West, with Gran Turismo 7 out in March.

After that, in terms of exclusives, the PS5 will be getting GhostWire Tokyo in March, Forspoken in May and God of War Ragnarok at some point this year.

That leaves plenty of gaps in Sony’s 2022 games release schedule which could be filled with announcements in a forthcoming State of Play.

And Henderson, in a thread on Twitter, has speculated what some of these announcements could be.

Among the announcements tipped for the next State of Play are new details on Hogwarts Legacy, an update on Final Fantasy 16, news on several Last of Us projects which reportedly are in the works, the reveal of Sony’s rumoured Game Pass rival codenamed ‘Project Spartacus’ and the unveiling of the long rumoured Resident Evil 4 Remake.

Elsewhere, Henderson tipped more news on God of War Ragnarok, with a State of Play stream potentially revealing the release date for Kratos and Boy’s next adventure, confirmation that the Twisted Metal franchise is returning and more details on PSVR 2 – such as the news on when the release date will be, how much the price is and the launch games.

The latter could be especially interesting as a separate rumour claimed the heavily rumoured Metal Gear Solid Remake will actually be a PSVR 2 launch title which will showcase the headset’s potential and power.

It’s also been claimed that the Metal Gear Solid Remake will be playable in VR and also without a VR headset.

For anyone that has a PS5 but isn’t thinking of picking up the PSVR 2 headset, which was recently revealed in full, that’s great news.

As always with rumours, it’s best to take these claims with a big pinch of salt until official confirmation.

However, if these claims are true then the next few weeks could be a very exciting time to be a PlayStation fan.

Argos has been the other best place to purchase a PS5 in the UK this year. One of the best things about ordering a PS5 from Argos is customers have been able to pick-up a shiny-new PS5 console from their local Argos store not too long after placing their order.

Unlike GAME, Argos typically only sells standalone PS5 consoles. The cheapest PS5 purchase option at Argos is the PS5 Digital console, which is priced at £359.99. With past restocks Argos has offered same day in-store collection as well as home delivery.

Amazon has been a great place to purchase the PS5 in the UK this year. However, if you want to be first in line you better update your Amazon Prime subscription. That’s because Prime members tend to get “priority access” to PS5 restocks at Amazon UK.

Very also offers a range of PS5 purchase options for its restocks, including standalone consoles and bundles including accessories or subscription services. You can head to the Very PS5 sign-up by clicking here to receive email updates on the PlayStation 5.

John Lewis is another leading British retailer which has been taking orders for the PS5 online. The iconic high street store has received restocks in the past for the both the PS5 Disc and PS5 Digital consoles. But with John Lewis you need to act quick as stock tends to get snapped up fast.

Currys is another UK retailer that has been taking orders for the PS5 this year. For the majority of 2021 Currys online orders have required a VIP code. But we’ll have to wait and see whether this scheme changes as PS5 stock – hopefully – becomes more readily available.

Telecoms giant BT also lets customers order a PS5 via its official online shop. To be in with a chance of purchasing a PS5 with BT you’ll need to be a customer and you’ll also need to register your interest online.

As with parent company BT, EE also sells the PS5 to its customers. But you’ll need to register your interest, have received a code and also need to be an existing customer on a handset plan that is within the first 17 months of their contract.

AO.com is another retailer that has adopted innovative approaches to its PS5 restocks. While some PS5 restocks have been purchased via the conventional online route, others have required customers to call-up the retailer to place an order. You can head to the AO PS5 store to find out the latest deals the online shopping is running right now.

ShopTo is a specialist gaming retailer which also has been taking orders for the PS5 in 2021. If you want to be alerted to when ShopTo is getting more PS5 stock then you can sign-up for e-mail alerts on the retailer’s website today.