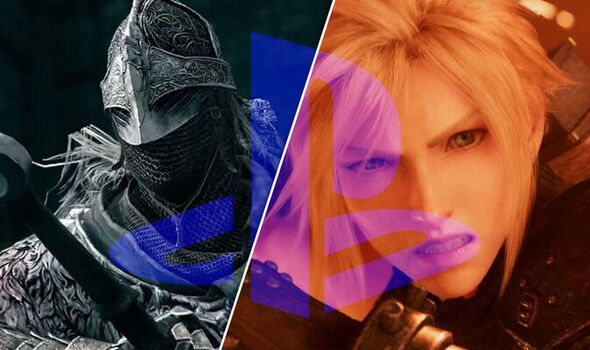 PlayStation could have set its sights on Square Enix as its next big acquisition target. You may recall that last month the rumour mill was set abuzz with claims that Sony were working on a stunning new acquisition, following Microsoft’s jaw-dropping announcement Xbox were purchasing Overwatch and Call of Duty makers Activision Blizzard. It had previously been thought that the studio which Sony had set its sights on were Elden Ring and Bloodborne creators FromSoftware, but it now looks like the big name Sony could be targeting is Square Enix.

Chatter surrounding a potential Square Enix and PlayStation deal emerged after news broke at the start of this week that the Final Fantasy publisher were selling Crystal Dynamics and Eidos Interactive.

These studios – along with IPs such as the iconic Tomb Raider franchise – are being sold to the Embracer Group for just $300million.

This figure raised eyebrows when you consider the amount other studios cost.

Sony’s deal to acquire Destiny makers Bungie is worth $3.6billion, while Microsoft’s acquisition of Activision Blizzard will cost $68.7billion.

In comparison, the deal that Embracer has struck looks to be an absolute bargain.

Fans were left wondering if this could all be part of an effort from Square Enix to streamline its business which may help with a potential acquisition.

Responding to this, in-the-know journalist Jeff Grubb said: “This does leave Square Enix far more streamlined for potential acquisition. No idea if that happens, but it’s more likely today than yesterday.”

And following on from this Grubb went on to add that the acquisition rumours that were floating around last month, which a number of high-profile industry names alluded to, was Sony acquiring Square Enix.

Grubb said: “OK. I’ve said this a thousand times, but there’s always someone who is hearing it for the first time: We never really hear enough to report on acquisitions with any certainty. Sony acquiring Square was the big rumor. But I CANNOT confirm that. And I continue to not know.”

This would be in keeping with other reports surrounding Sony’s next big acquisition, with Black Sports Online claiming last month that sources had told them the studio being acquired was not based in the US.

If Sony does end up acquiring Square Enix, it will mean some of the most iconic gaming franchises around – including Final Fantasy – will be owned by PlayStation Studios.

Sony has a long track record with Square Enix, dating back to the original PlayStation when the Final Fantasy makers were Squaresoft.