Star Wars: Battlefront 2 has an intriguing redemption story, going from a 'Luke'warm launch to one of the franchise's most beloved games. It's doubly fitting given that its campaign is centred around Iden Versio, an Imperial specialist turned rebel who fights side-by-side with Leia on Naboo before the title crawl.

She's a key figure in the final days of the Empire, following the events of Return of the Jedi, even if she's never mentioned outside of the game. However, The Mandalorian did make a couple of nods to the game's campaign, particularly Operation Cinder. Whether we ever see Versio again and continue her story, what with Battlefront 3's cancellation, up in the air, but we do know about her beginnings, her turn from dark to light, and her end.

When we first meet Iden, she's in the custody of the Alliance, using the guise of prisoner to find and delete intercepted Imperial transmissions. She manages to do so and break free before being sent to the Endor system with the rest of Inferno Squad, taking part in the Battle of Endor, watching as the second Death Star gets obliterated. But long before that, she had carried out countless cunning missions for her tyrannical masters. 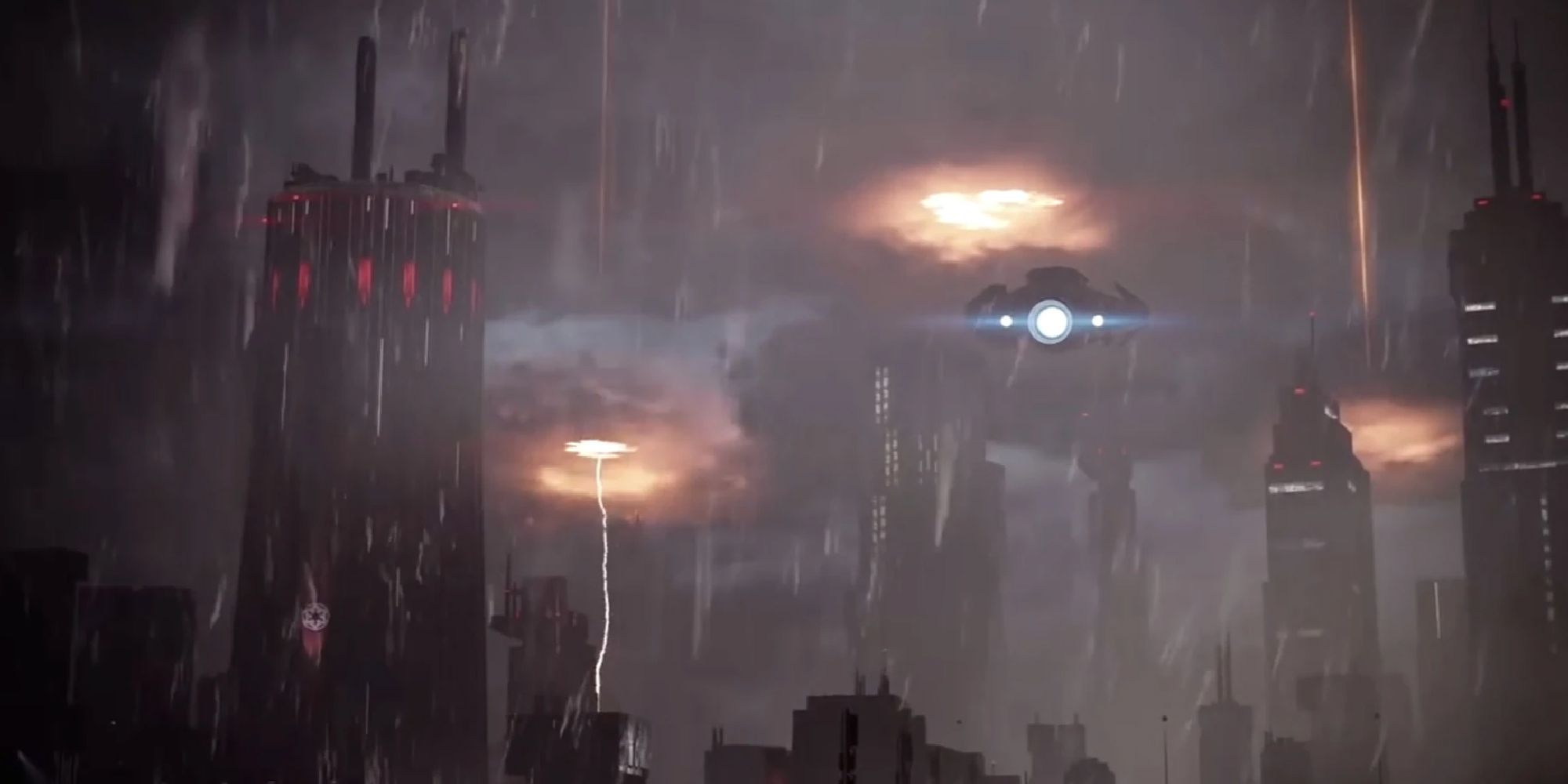 She was born on planet Vardos in Kestro, the capital city. This fictional high rise and the planet it calls home were created specifically for Battlefront 2, appearing only in the game and the Inferno Squad book. Given that, little is known, but we do know that it's the Imperial homeworld where future leaders are trained at a prestigious military academy, with propaganda plastered across every building. The people living here truly believe in the Empire's mantra, although that would be the planet's downfall.

Versio is Garrick and Zeehay's daughter – the former is an Imperial admiral while the latter is a propaganda artist. She was raised Imperial on an Imperial planet by two devout Imperials, hence her joining the forces and becoming a soldier, even going to the infamous Future Imperial Leaders Military Preparatory School. She graduated at the top of her class, putting her on the path to joining one of the Empire's most talented and ruthless teams, the Inferno Squad.

She was then stationed on the Death Star, acting as a Senior Lieutenant, where she witnessed the destruction of Jedha City, an important part of the Jedi mythos as its downfall also destroyed the Temple of the Kyber. Iden was also found at the Battle of Scarif, the finale of Rogue One in which our heroes scramble for the Death Star plans, getting them into the hands of Princess Leia. Continuing this pattern she witnessed the destruction of Alderaan, watching as an entire planet was turned to dust and rubble.

The Forming Of Inferno Squad 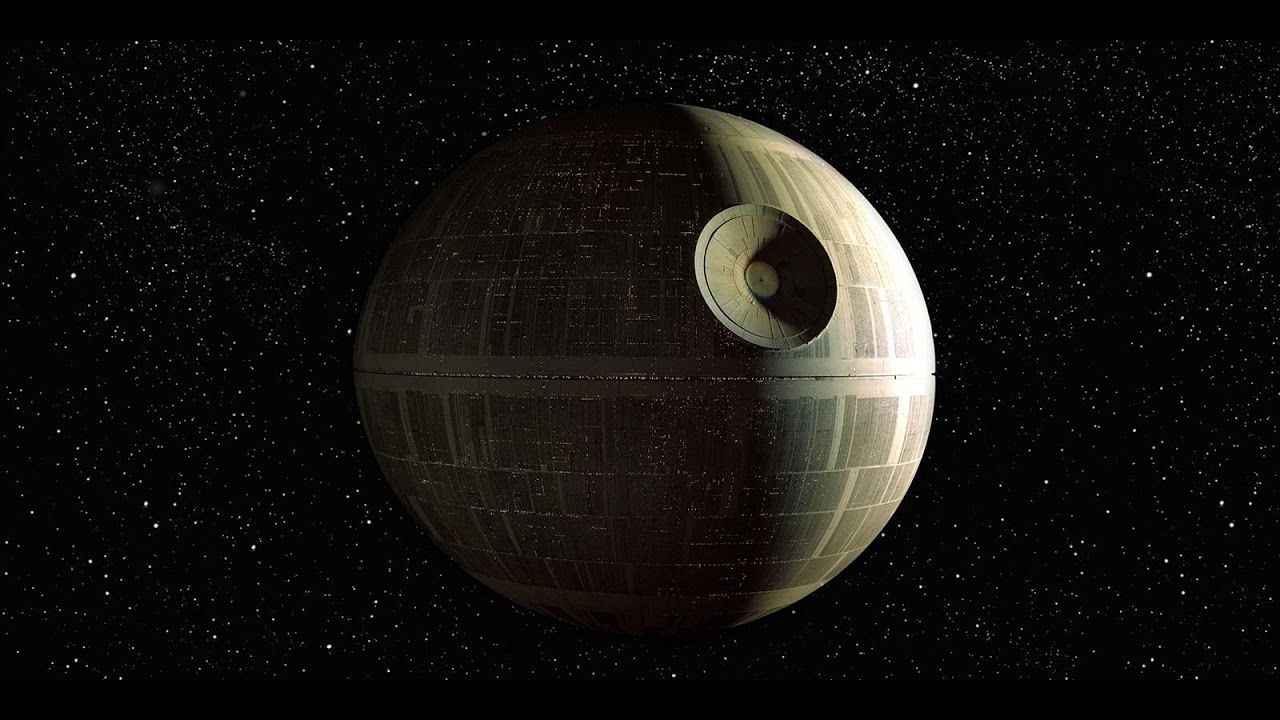 As we know from the very first Star Wars movie, the Death Star was obliterated, serving as the first domino in ending the Empire's reign over the galaxy. Iden Versio was also present at that key moment, the debris causing her to crash-land on Yavin 4 where she stole a Rebel ship as they celebrated their victory, fleeing back to the Imperials.

It was surviving this moment and the destruction of the Empire's superweapon that lead to the formation of Inferno Squad. The group went on various missions for the Imperials, attempting to sabotage the rebels and thwart their attempts at undoing the strands of the Empire's control, but – as we know – the Empire fell and Versio defected. But before its collapse, the Inferno Squad had to deal with a group of Rebels that formed in memory of Saw Gerrera's cell, the Partisans. They were called the Dreamers.

Pretending to be a defector in a turn of irony, Versio was arrested by an Imperial Officer. She was placed in prison on her homeworld, leading to a rescue from the Dreamers who wanted to rope her into their ranks. That would be their biggest mistake as Iden blew the whistle, stealing information, serving as a spy, and relaying vital rebel data to her team. 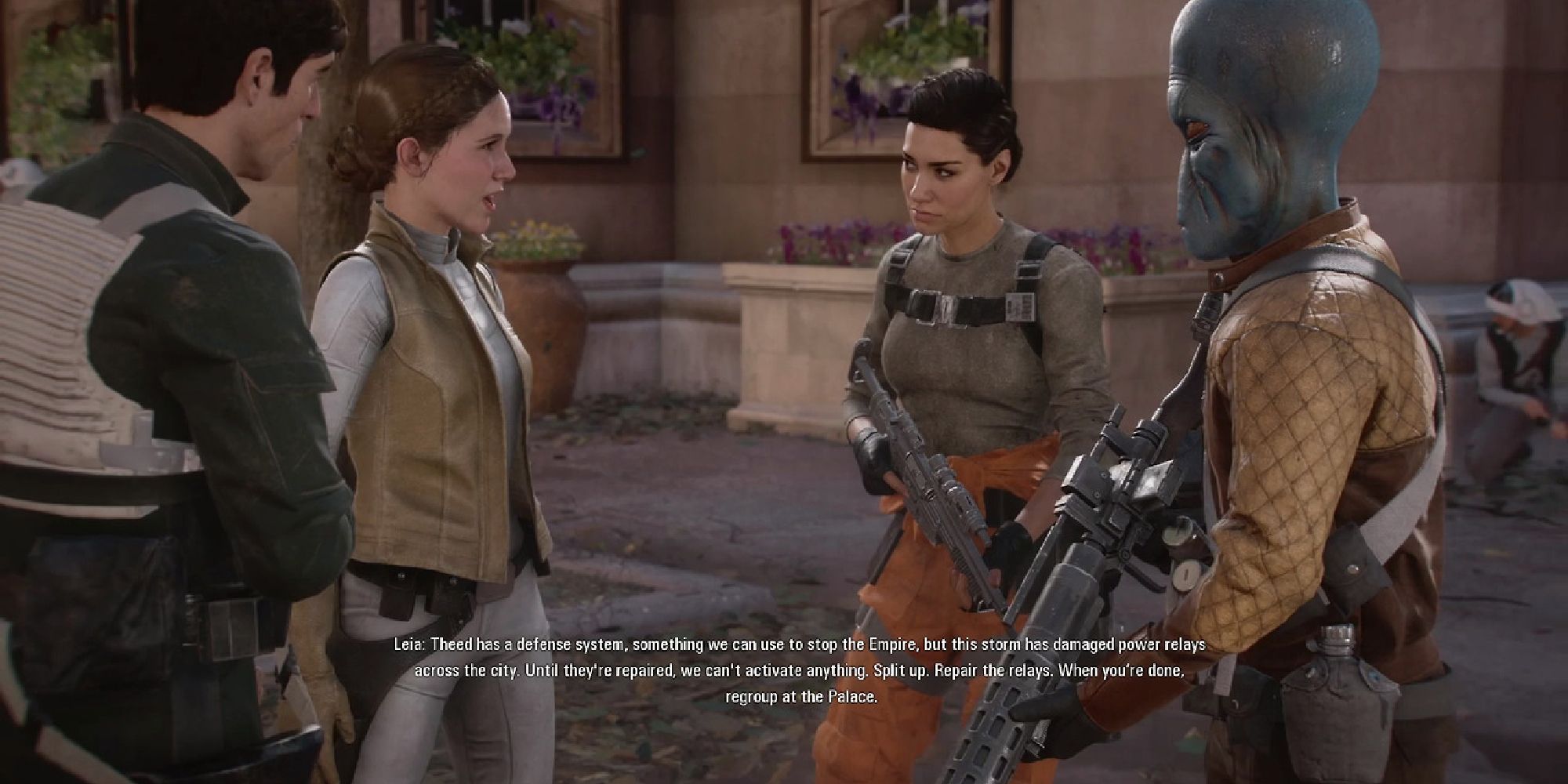 Return of the Jedi might've marked the death of Darth Vader, the Emperor, and the destruction of the second Death Star, but the war wasn't over yet. Stormtroopers still ran rampant, cities and planets were still under the Empire's thumb, and many Imperials were scrambling to take control as Operation Cinder fired into action.

This was a huge electrical storm that planned to wipe out Empire loyalists, bringing everyone down with the Emperor. This betrayal is what ultimately pushed Versio and another Inferno Squad member, Del Meeko, into the arms of the rebellion. The two fled Vardos to Naboo where they met Leia Organa and took up arms to fight the Imperials.

With that, they both found a new cause, going on to rescue Han Solo and even fight in the battle of Jakku, taking on the last of the Imperial Navy.

Life After The Empire

With the war fought, the Empire fell, and Versio retired, she married Del Meeko and had a daughter. For a while, things were calm – or at least, as far as we know – but 29 years after Jakku, Meeko vanished.

As it turns out, Meeko was integral to a key plot point in The Force Awakens – he knew a man who had a map to Luke Skywalker. The First Order, upon discovering this, kidnapped him, forced him to give up the information, and then executed him.

In a last-ditch act of revenge, Versio and her daughter Zay joined the Resistance and continued their search for Meeko, not knowing that he was already dead. They eventually found this out, even discovering who his killer was, but they also put themselves on a new path after discovering Project Resurrection, a new ship designed after Vader's Executor. This behemoth of a Dreadnought posed a major threat, so the two set out to find its plans for the Resistance. In that quest, they managed to take down Meeko's killer, Hask, but Iden Versio ultimately succumbed to her injuries. 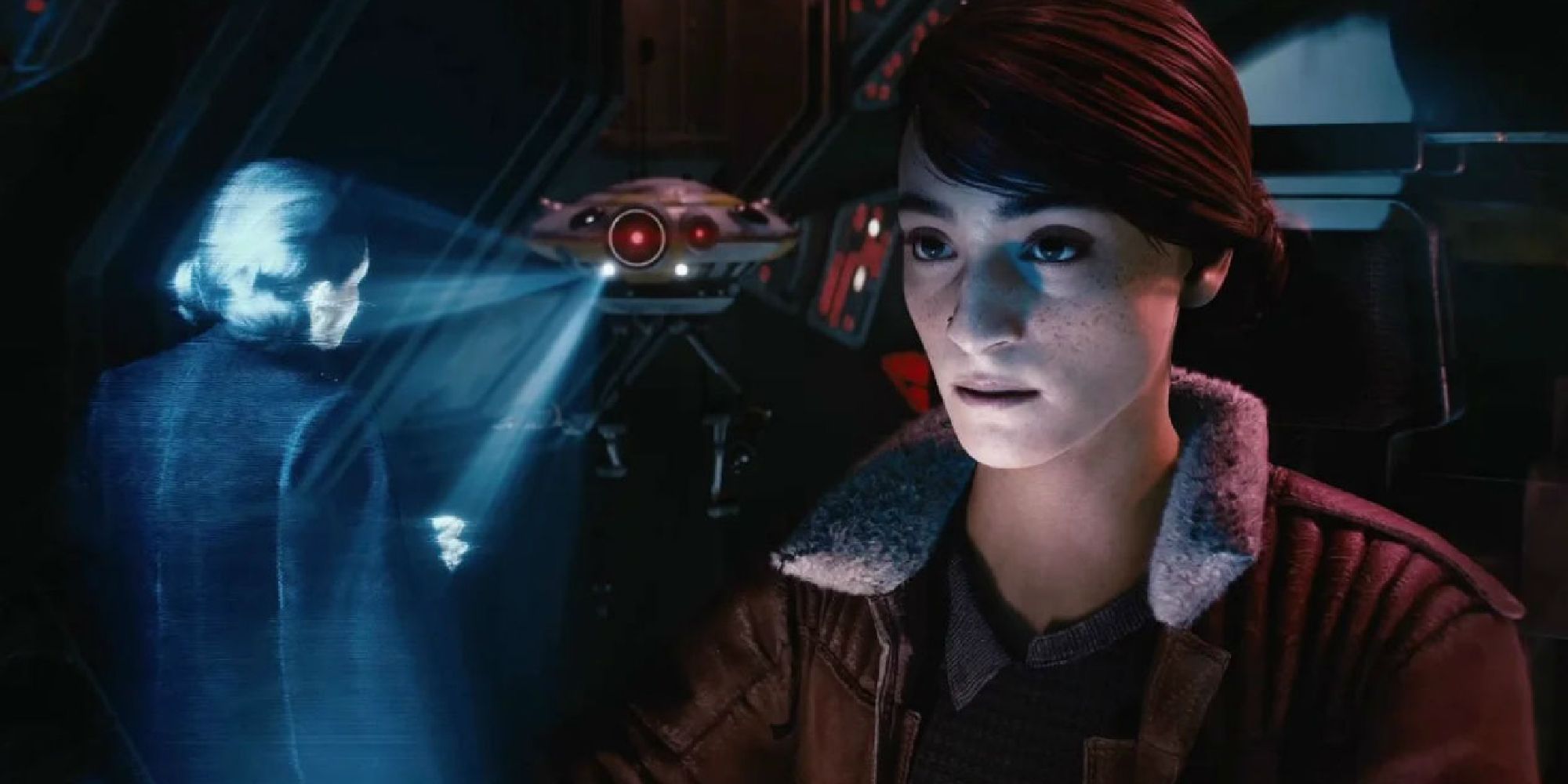 After her mother's death, Zay reached out to Leia Organa, giving her the Dreadnought schematics that she and her mother had managed to acquire in their hunt for Meeko's killer. But she didn't stop there. She wanted to find new allies for the Resistance, to help put the final nail in the First Order's coffin.

Following The Last Jedi's Battle of Crait, Zay reached out once more to tell her of some new leads that she had found, old friends of her mother who used to be Empire loyalists, though hadn't turned to the First Order yet. The last we see of her, she's setting out to find and recruit these soldiers.

Perhaps they showed up in the final battle in Rise of Skywalker, or maybe we'll never see the Versio's again. But knowing Star Wars, that isn't likely.

How Does Iden Versio Connect To The Film Canon 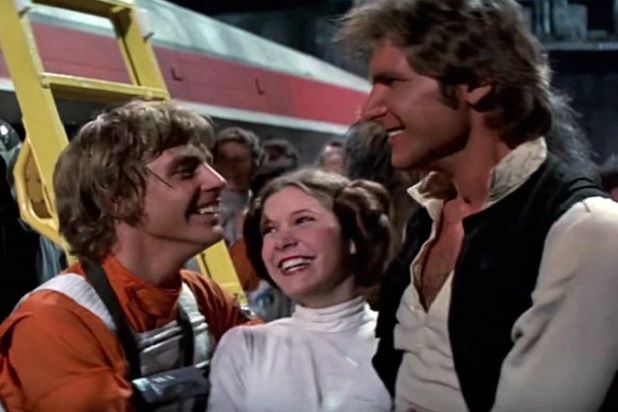 With her story broken down, now we can talk about where Iden Versio fits into the movies and shows. Most of what we see is adjacent – she's there on Endor when the second Death Star blows up, but she doesn't butt heads with the main heroes or take part in any integral events.

Then in the aftermath, we see her interact with Leia and Han but, again, this isn't part of the film's story. The most we come to seeing the story impact the films is in Battlefront 2's expansion where Meeko gives up the man who has the map to Luke Skywalker, kickstarting The Force Awakens.

However, The Mandalorian did reference Operation Cinder, although Iden Versio doesn't appear to have ever become a key figure in the Rebel or Resistance, likely due to her retiring. But there is a near-30 year gap that the shows can explore between Return of the Jedi and The Force Awakens, and it's in this gap that Versio could return and potentially leave her mark in the film canon. For now, though, Battlefront 2's story and Iden's role serve to add more context to the world of Star Wars, rather than tying into the films directly.