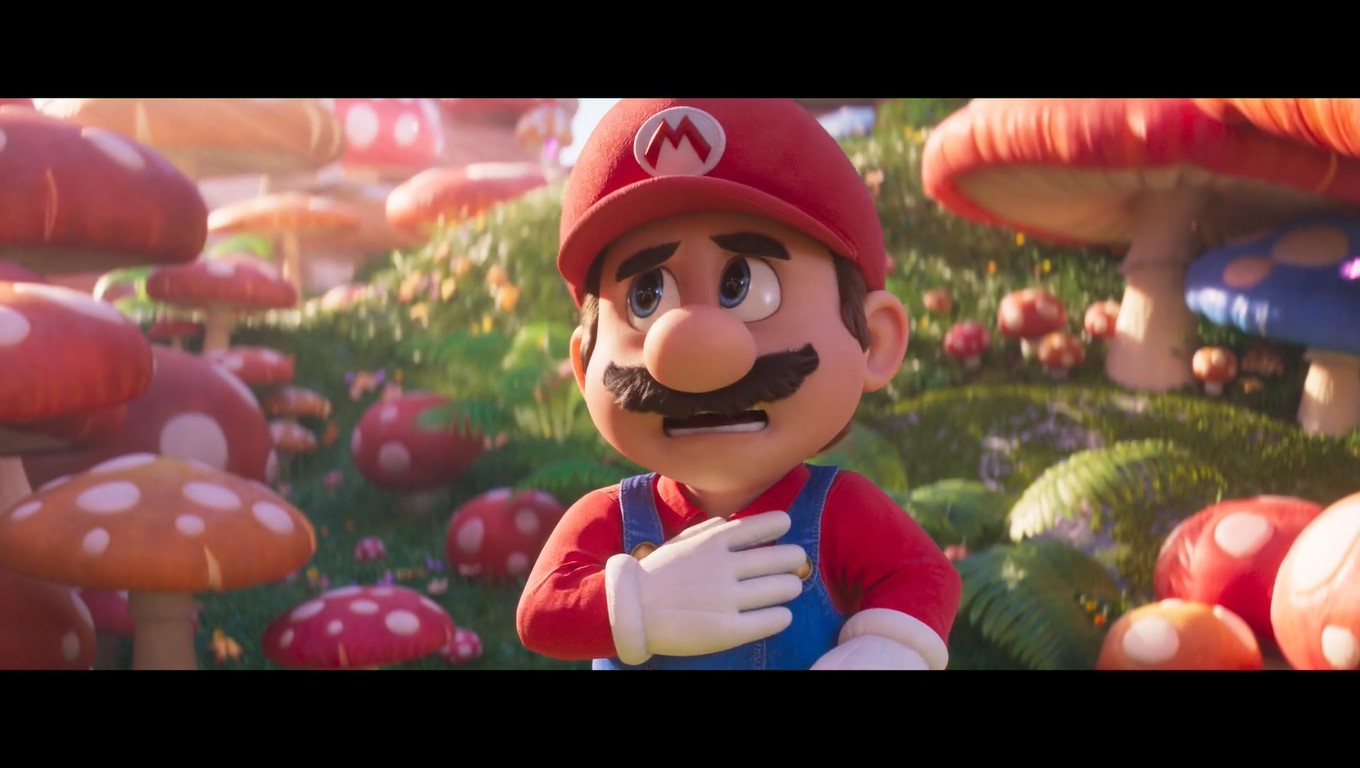 Nintendo has finally offered a first look at the Super Mario animated movie and the non-Italian accent of Chris Pratt.

It’s due out next April and yet until a teaser image was released this week, nobody knew anything about The Super Mario Bros. Movie except that its voice cast includes Chris Pratt as Mario.

That information was not greeted with much glee by fans, especially when it was revealed he wasn’t doing an Italian accent. He doesn’t speak much in the debut trailer, but it seems pretty much the same as his normal voice, just with a mild Brooklyn accent.

The trailer was released simultaneously at New York Comic-Con and after a brief introduction from Mario creator Shigeru Miyamoto, producer Chris Meledandri, and Chris Pratt and Jack Black (who’s the voice of Bowser) it got straight into a showdown between Bowser and the penguins from Super Mario 64.

Whatever anyone thinks of Chris Pratt, Bowser certainly sounded the part, as he destroys the penguin castle to get a super star.

Exactly what’s going on in the story isn’t clear, but it seems like Mario is a newcomer to Mushroom Kingdom – although it’s not clear at all how he got there.

There was no sign of Princess Peach yet, but as well as Kamek and an army of Koopas you also got a brief glimpse of Luigi at the end, being pursued by a horde of Dry Bones.

It all looks very accurate to the games and while Mario’s a bit weird looking, since they’ve tried to de-age him as much as possible while still keeping the moustache, him and the rest of the designs are pretty spot on to the games.

The film is out April 7, 2022 and according to Meledandri they’re recording the score in 11 days, with help from original game composer Koji Kondo.

There really does seem to be an effort to be as authentic to the games as possible, but of course that doesn’t matter if it’s not fun and that’s going to need more than just a brief trailer to judge.