After Kate's escape from the Salt Mines, Syberia: The World Before picks up a year later in Vaghen, the main setting for the game. While there is plenty of sightseeing to do, Kate is here to unravel the mystery of the painting she found among the stolen treasures back in Russia. Her only clue is the leather tube that held the painting.

From this point on, you're on your own – players will need to investigate the origin of the leather case to find the next lead. You'll also have to solve a puzzle to reunite Kate with Oscar, her clockwork companion. Read on to find out how.

How To Choose Which Shop To Research 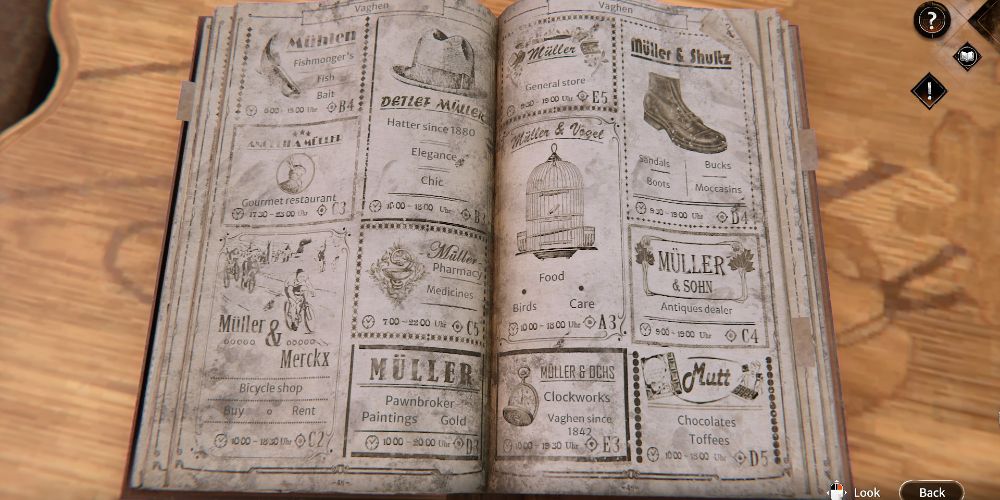 After the opening conversation in Vaghen, inspect the old phone book on the coffee table. Each entry can be ruled out as a possibility or given a checkmark to indicate that it could be the origin of the painting Katyusha showed Kate.

You need to checkmark the three most likely candidates. The best matches for stores that might have sold the painting case are:

Once you've selected your candidates, Kate will shift her focus to a map of Vaghen. As before, check off the map coordinates associated with your chosen shops. Select C4, D3, and E5.

From here, you can observe each location to see if the business in the phone book still exists. Choose the Antique Store in C4 – even if the original isn’t still around, there are plenty of similar businesses in the same area.

While in the sitting room, you can use the computer in the corner to delete the three years’ worth of emails that have been piling up since Kate left New York in the first game. Doing so earns the Clean Slate accolade.

After selecting the correct store, go upstairs to your room, looking around the guest house as you do so. Kate’s room is the rightmost of the three doors in the upstairs hall – go inside and retrieve the painting. It’s on the desk, under your wallet. Take both and head to the lobby on the ground floor. If you like, you can also get some backstory by interacting with the bed.

Talk to Frau Wagner at the front desk to get directions to the tram station along with any other information you might want. Explore the area around the guest house to complete the scene’s secondary objective, then board the tram at the top of the stairs that Frau Wagner indicated.

After a cutscene in which Kate listens to a conversation between her fellow passengers, you’ll be able to enjoy the sights of Vaghen for as long as you like before selecting Continue to disembark from the tram. Once you're off, walk down the street until you see Müller and Sohn's Antiquarians on your left. There is a note on the door, which helps the shop stand out form the others nearby.

Müller’s is closed for inventory, but Kate sees an automaton in the window created by her late friend and mentor Hans Voralberg. The note on the door says to ring three times for emergencies, so hit the doorbell thrice to get the shopkeeper’s attention.

Speak with Herr Müller to learn about where the painting was made, and afterward Kate will ask to try connecting Oscar’s heart to the Voralberg piece from the window.

How To Open The Voralberg Sphere And Install Oscar's Heart 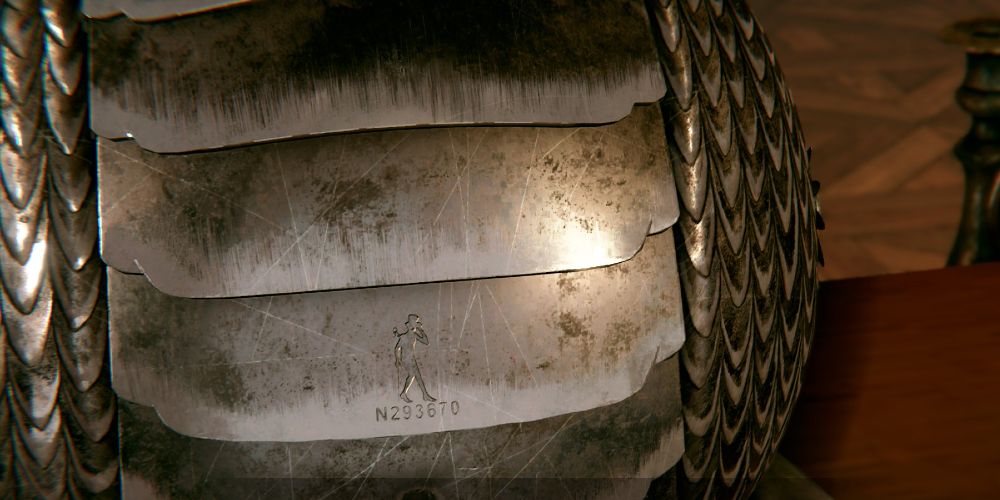 When Kate is given the Voralberg Sphere, you'll be presented with the first major mechanical puzzle in the game. Follow these steps to complete it:

How To Chase Oscar In The Antiques District 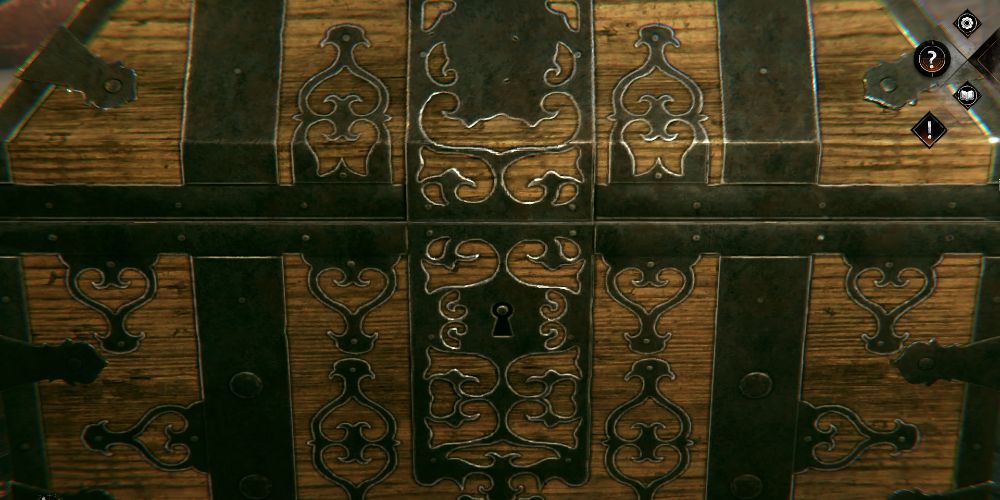 After activating the mechanism, Oscar has trouble controlling his new body and rolls out into the street. Walk to the left, and you’ll encounter a wooden chest that Oscar has gotten himself locked inside. Talk to Oscar through the keyhole, then observe the lock.

Look at the inlay on the chest, and use the key whose shape matches the inlay. In the image above, for example, the Heart-Shaped Key is used.

When the box opens, Oscar will leap out. Approach him on the street and he will run away again. Inspect the stall he ran toward. Look under the chest of drawers at the back of the stall and interact with Oscar when you see him. Oscar is unable to move now, so Kate needs to find something that will help.

Return to the main view of the stall and grab the broom to your right. Follow the prompts to poke Oscar with the broom, and he’ll roll back out onto the street. Approach him again and he will flee up the nearby stairs. 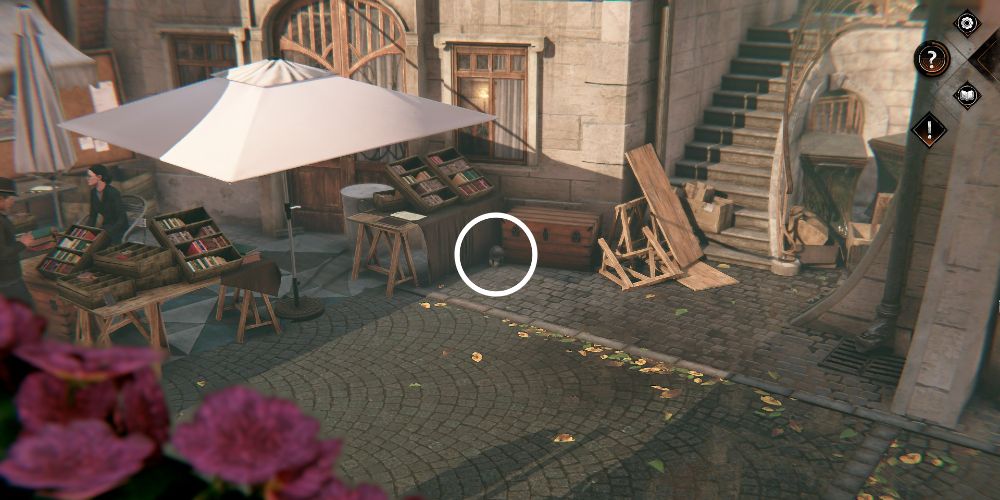 When Kate reaches the top of the stairs, Oscar leaps over a railing to the street below. When the game shifts to a first-person view, look for Oscar across the street and to your left, near a plain wooden box. 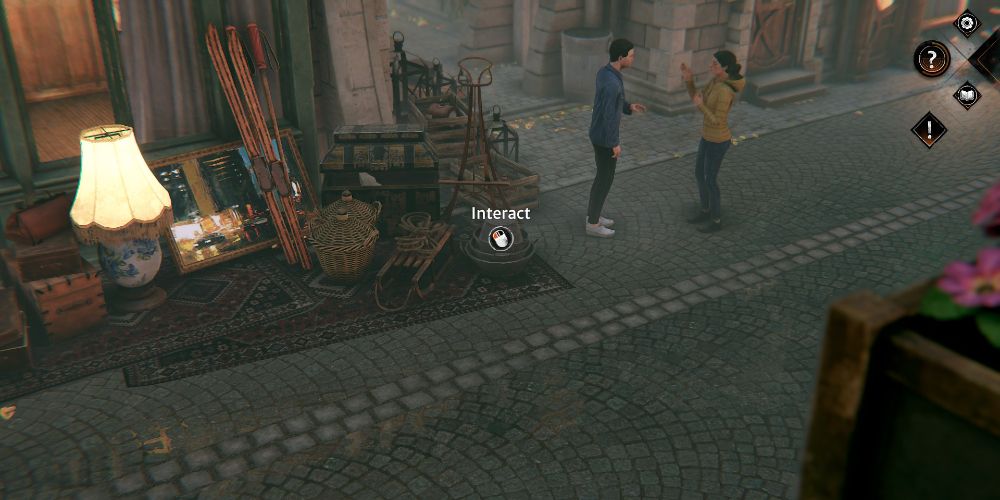 Call out to Oscar, and he will move again. This time he won’t be in plain view, but you can hear metal clanking to your right. Watch for a pile of pots and pans to wiggle – that’s Oscar’s new location. Call him again, and he’ll run down a dead-end alleyway. Head down the stairs and go after him.

After the cutscene, return to Müller then head to the tram at the area entrance to travel to Silberspiegel Refuge, Kate’s next destination.