Syberia: The World Before continues the series' tradition of devious puzzles based around intricate mechanisms. The first of these is encountered in the salt mines when Kate and Katyusha find a lost train full of treasure and a functioning motorcycle. They'll need the bike's keys in order to make a daring jump to freedom, but they're nowhere to be found.

If the train puzzle is keeping you from exploring the rest of The World Before, don't worry. With this spoiler-free guide, you'll be able to get out of the mines and start solving the game's central mystery.

How To Find The Train In The Salt Mines 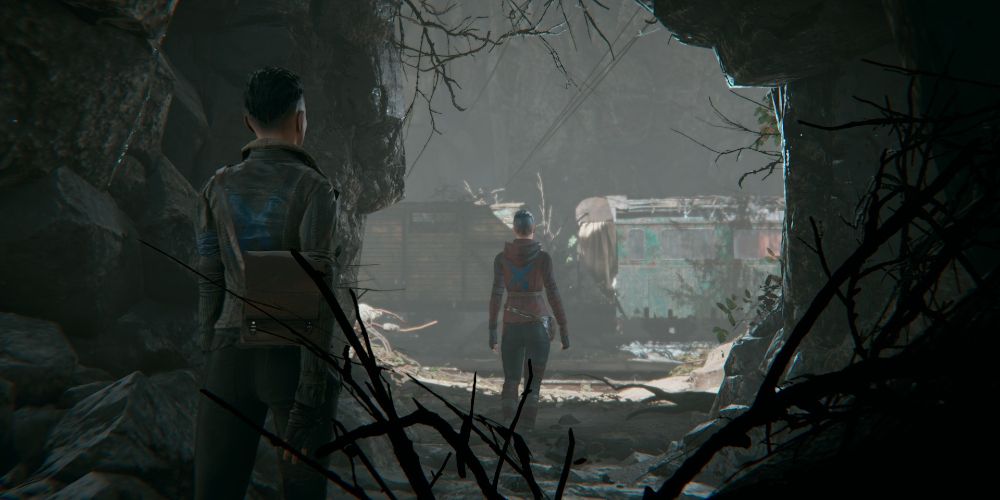 The early segments of the game jump frequently between Dana Roze in 1937 and series protagonist Kate Walker in 2004. After the scene between Dana and her parents that ends with Dana composing a letter to Herr Gustav, gameplay resumes with Kate and Katyusha in the mines.

After a brief conversation with Katyusha, walk along the tracks and interact with the mine cart. It’s stuck, as the brakes are still engaged. Pull the lever on the back, then push the cart over to where Katyusha is working. The cart is heavy and rusty, so it will be slow-going.

When you reach the work area, Kate will pick up a pickaxe and start digging. Follow the onscreen prompts until a cutscene plays. Afterward, walk through the newly-revealed tunnel to explore what’s beyond it.

How To Find The Motorcycle Key On The Train 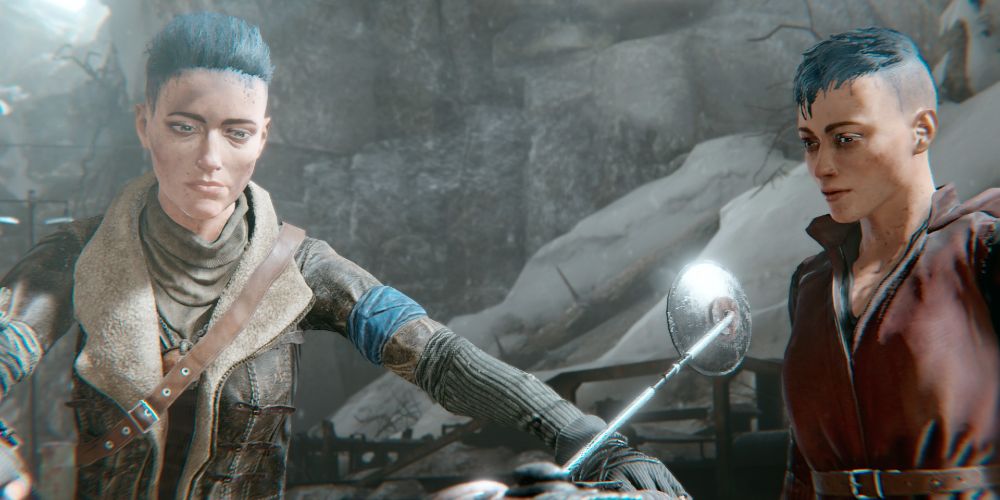 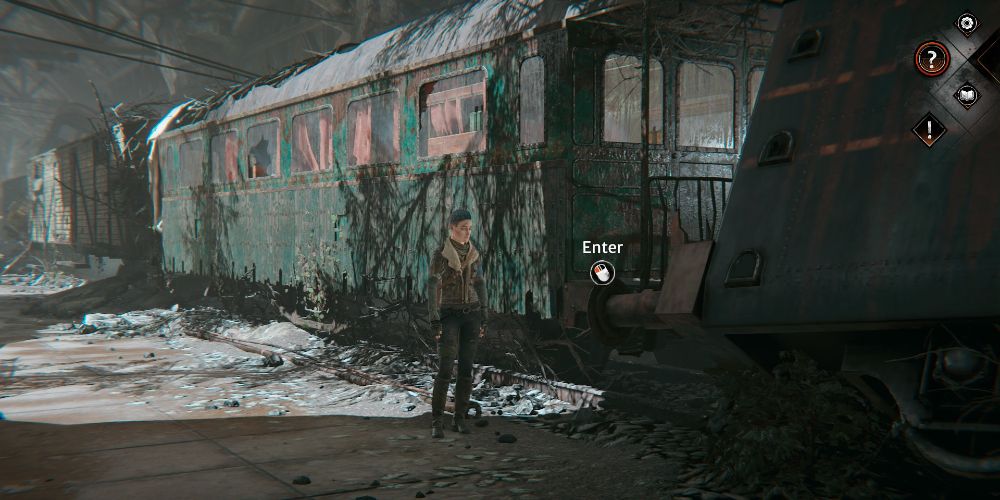 Inspect the gas tank of the motorcycle, then check each of the two corpses nearby. While Katyusha makes sure the bike is serviceable, Kate needs to look around and find the keys.

Walk back toward the train and you’ll see a luxury car to the right of the entrance tunnel. Enter the train from there. Walk to the far end of the car where you’ll find another Brown Shadow skeleton. Inspect the desk in front of the body.

Read the suicide note in the center of the desk, then move the corpse’s hand to reveal a hidden button. Open the drawer that it reveals and take the Brown Shadow Emblem inside. Place the Emblem on the circular device that was under the suicide note. 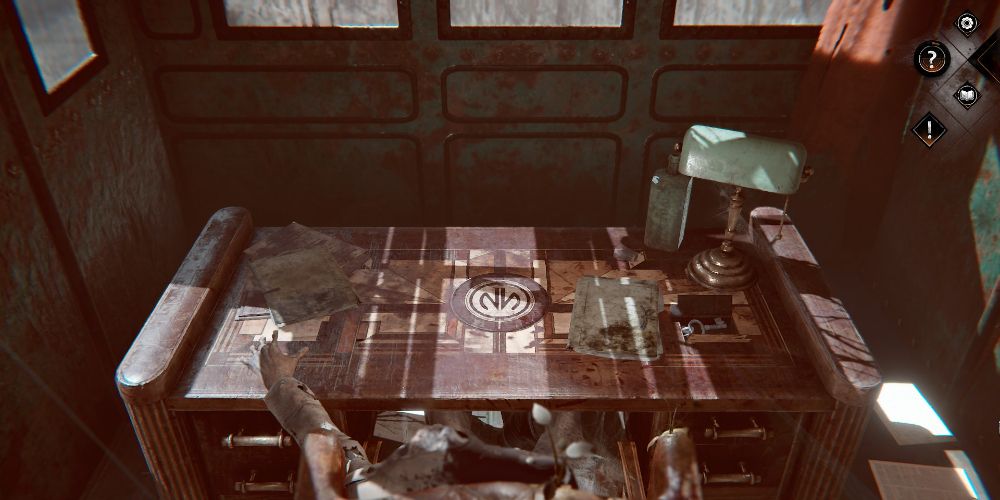 With the Emblem in place, rotate it ninety degrees clockwise so that the two angles at the bottom of the symbol are facing the corpse. The image above shows the correct position for reference. Another hidden compartment will open in the desk, revealing the motorcycle keys.

How To Escape The Salt Mine 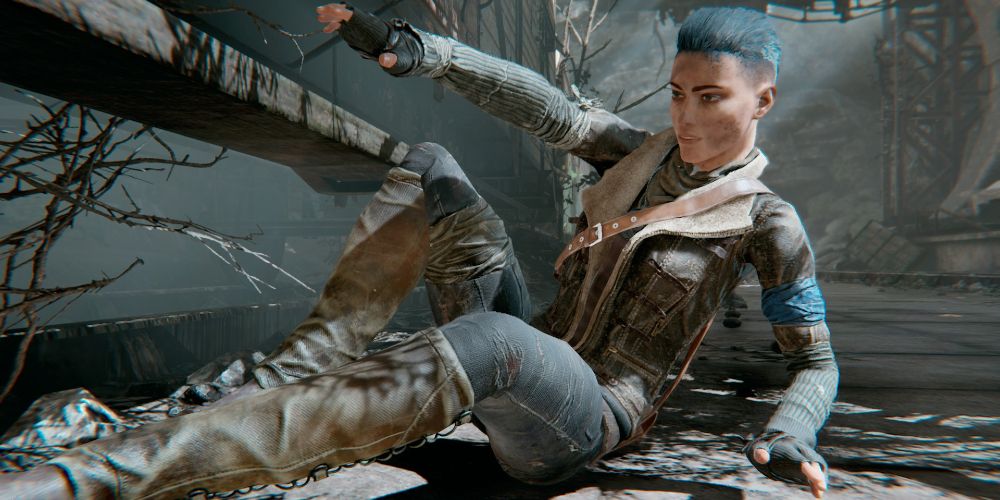 There are two keys on the keychain – when you leave the luxury car Katyusha will take the motorcycle key and give you the other one. Use it to open the freight car. At this point, you can also examine the architecture of the tunnel. Piecing together what happened to the bodies and the original purpose of the tunnel fulfills the scene’s secondary objective.

When the car is opened, you’ll find that it’s full of treasures looted from across Europe by the Brown Shadows. Looking around, you may find some pieces that look familiar.

As you explore, Katyusha will call you over to show you a sketch she found. Inspect the background of the image first, then the signature in the lower-right corner.

After the conversation with Katyusha, finish looking around until you’re satisfied, then leave the freight car. A cutscene will play – when it’s finished, interact with the motorcycle and follow the onscreen prompts to escape the mines. After more cutscenes, gameplay will resume a year later in Vaghen, where the mystery of the painting will grow deeper and deeper.