The Hanging Gardens is a dungeon that makes up the last few hours of Tactics Ogre: Reborn. It's a long, multi-stage dungeon with twisting, branching paths, difficult enemies to face, and some rare loot to collect.

This dungeon unlocks once you've dealt with the story events at Barnicia at Chapter 4, and you'll want to make sure you're prepared before heading in. Stock up on items and make sure your units are as trained as they can be. 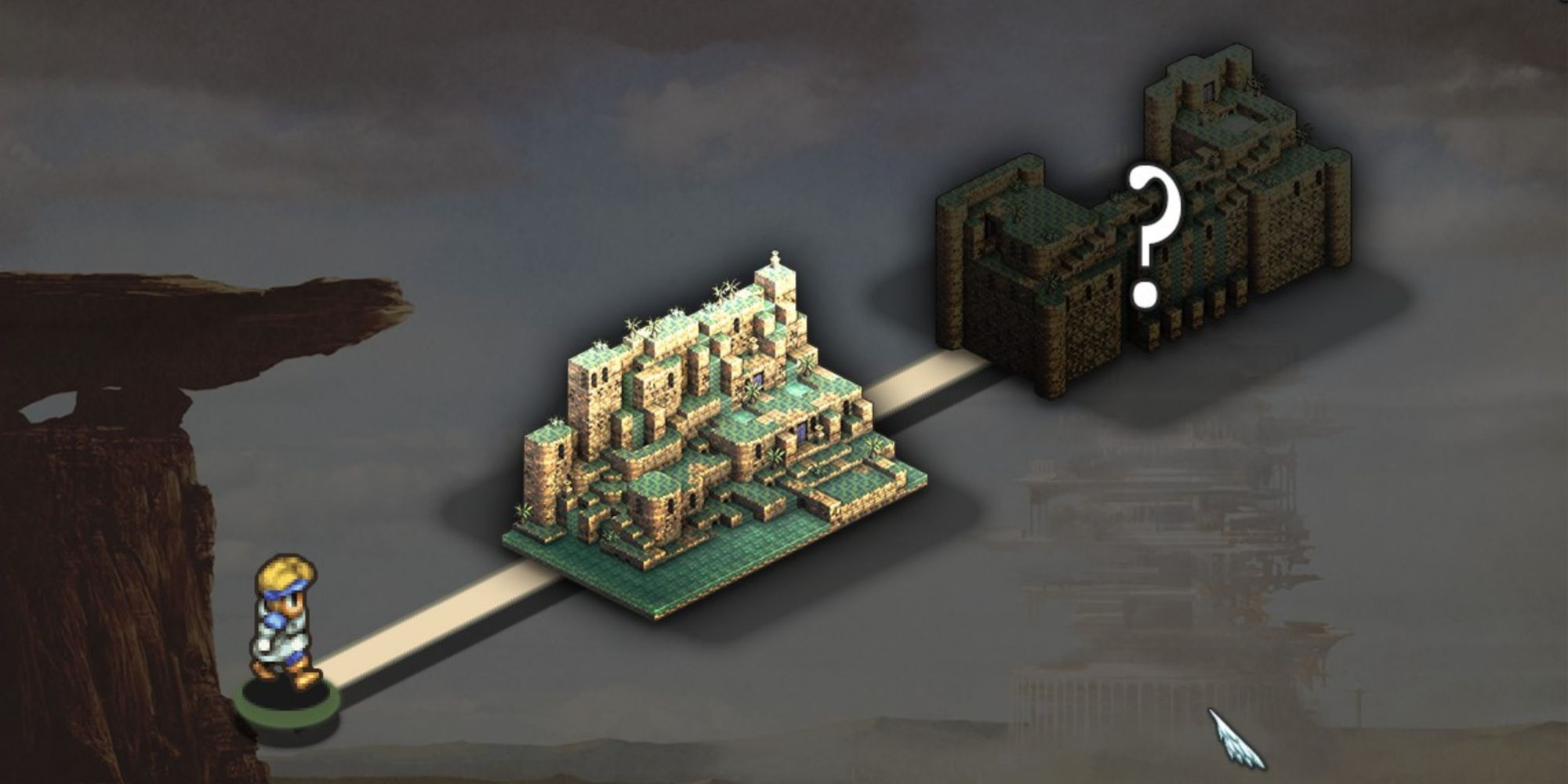 After either Ebon Stair or Ivory Stair, there are no more split branches. There are only the final battles to take on, which are presented in detail below.

Once you enter Twixt Heaven and Earth, there is no going back.

Once you beat the game once, returning to the Hanging Gardens will let you skip the majority of the dungeon, with a secret route taking you from Foot of the Gardens directly to Twixt Heaven and Earth.

To unlock these secret paths, you simply have to end a unit's turn on the tile's being highlighted in the images below.

Foot Of The Gardens 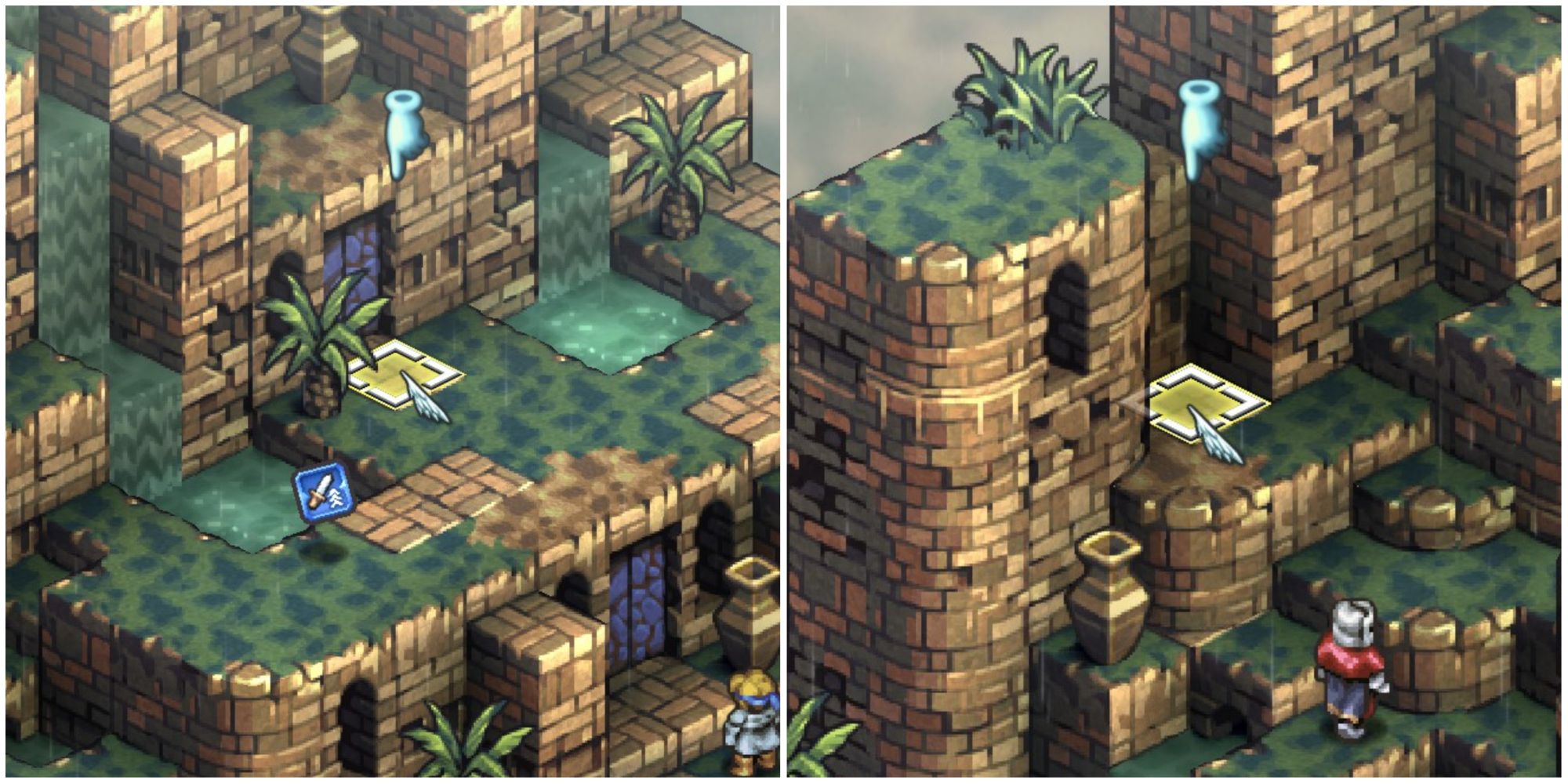 Echoes Of Her Passage 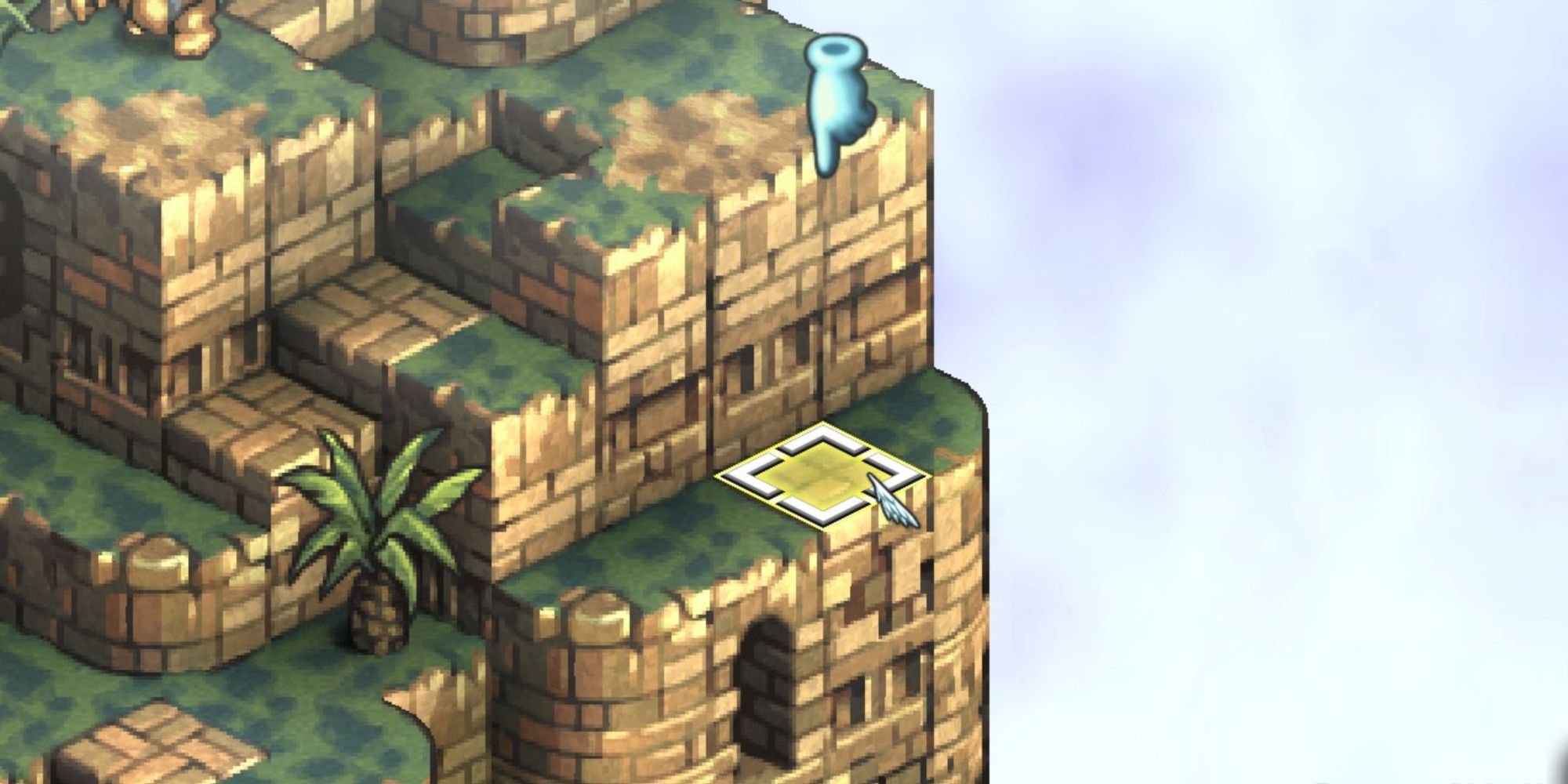 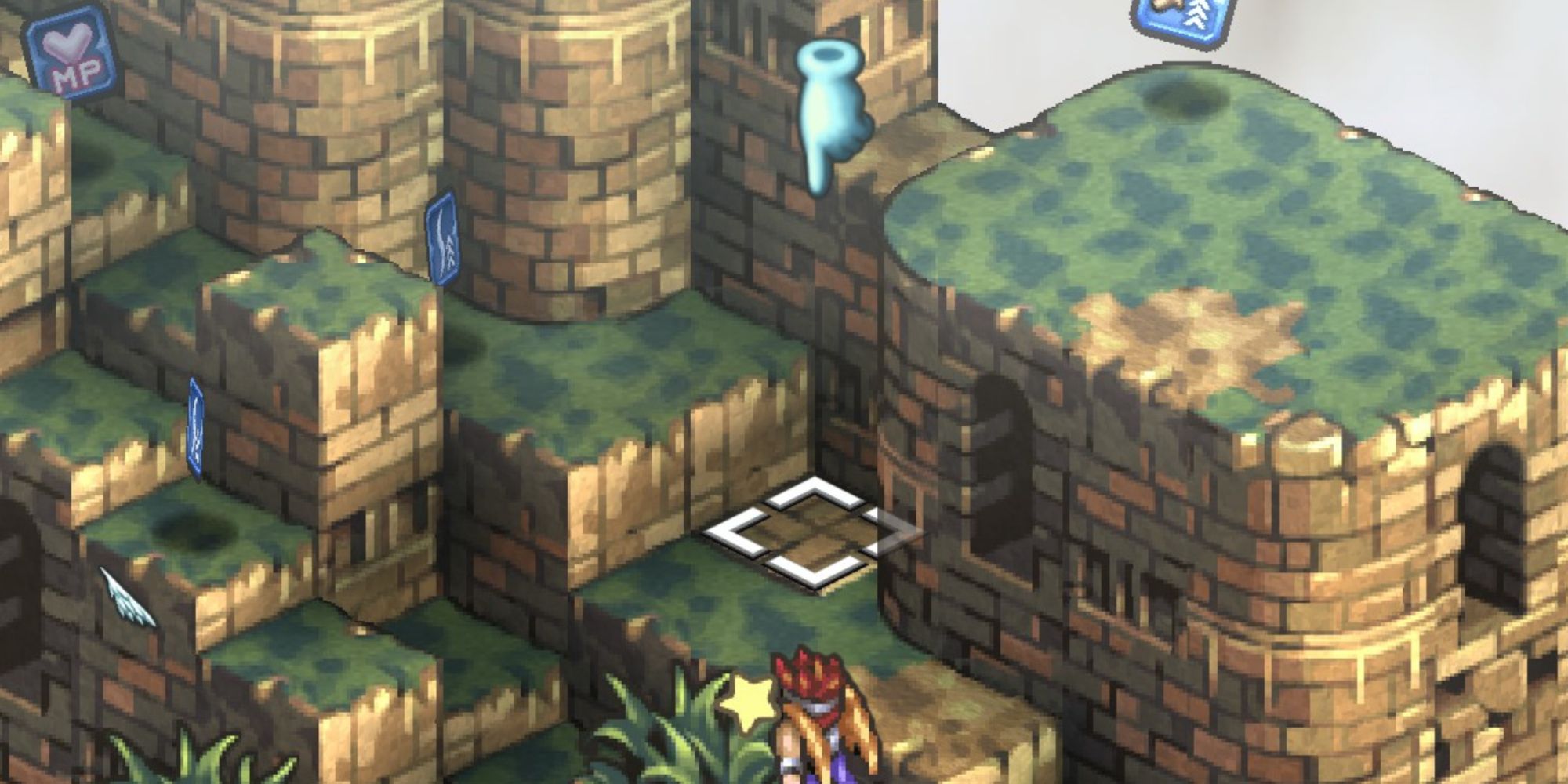 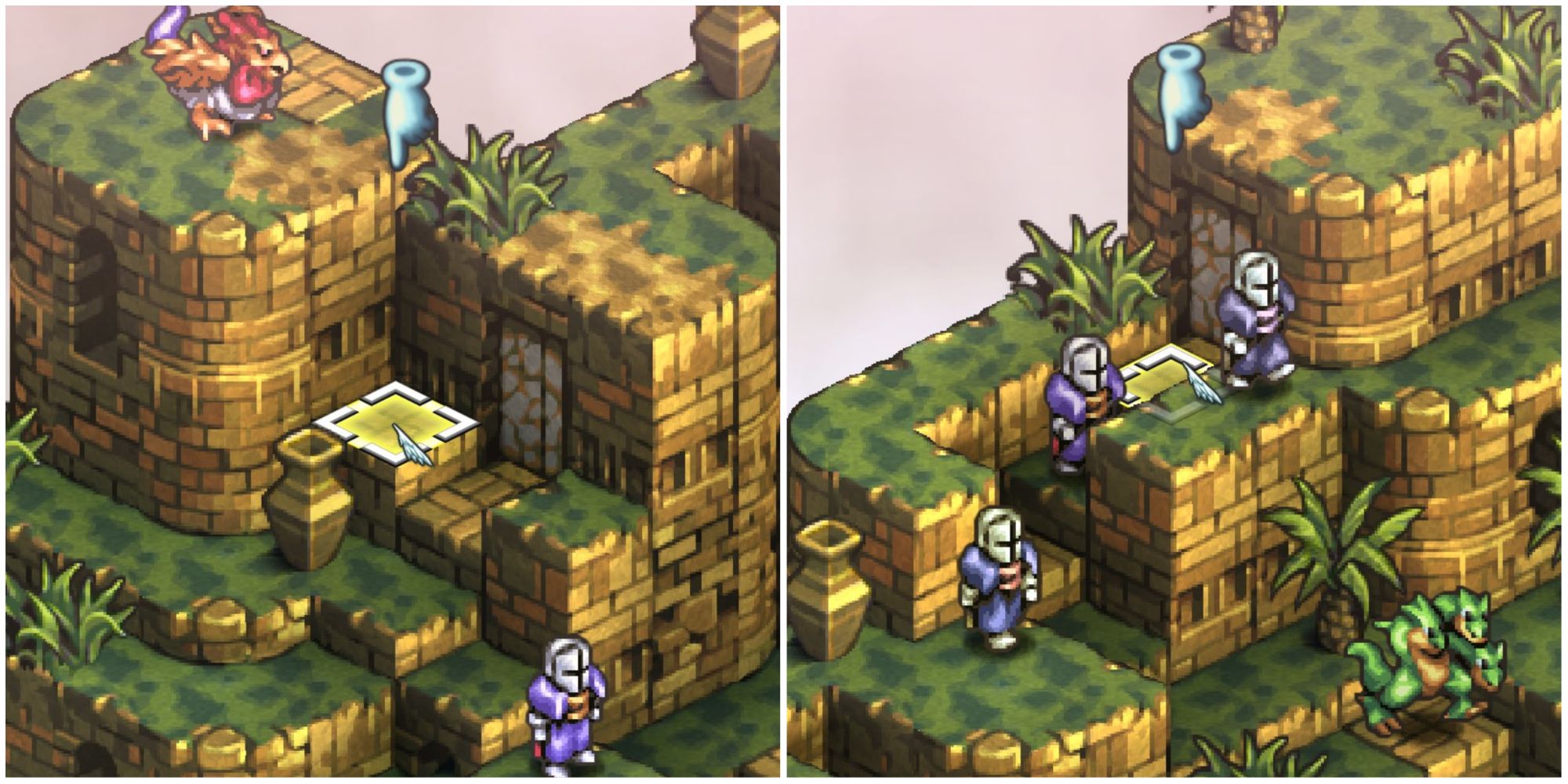 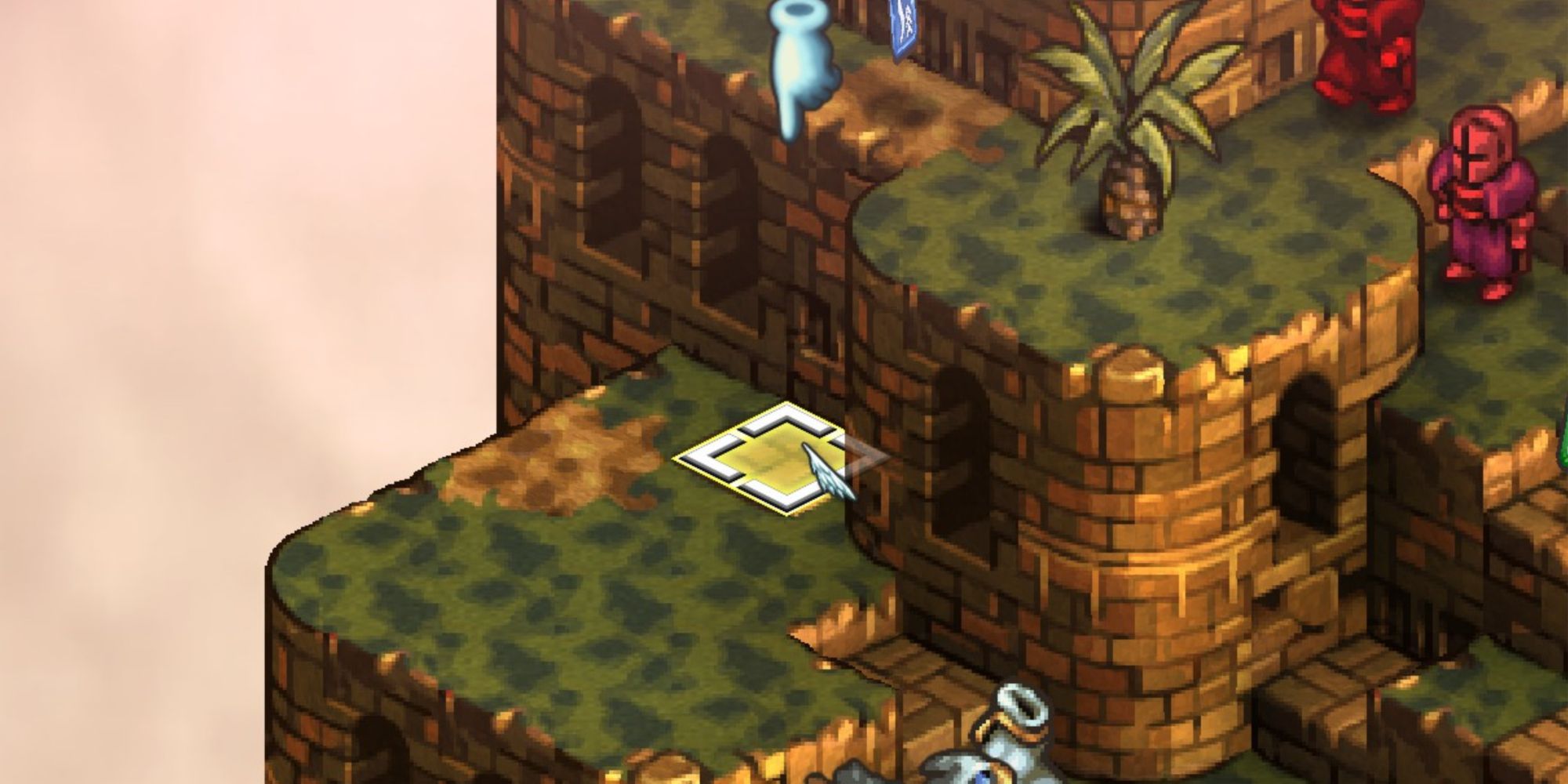 Sounding of the Hours 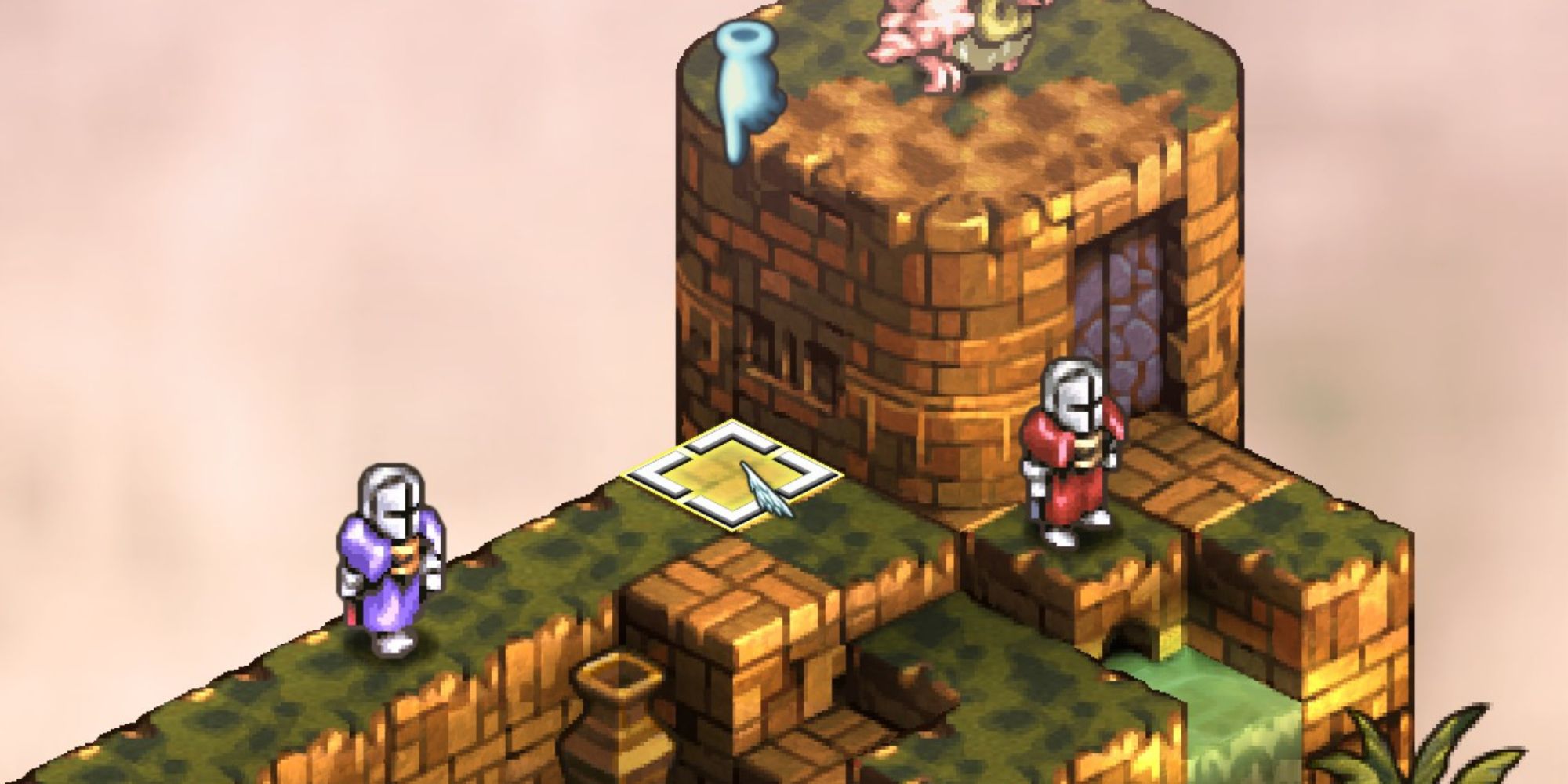 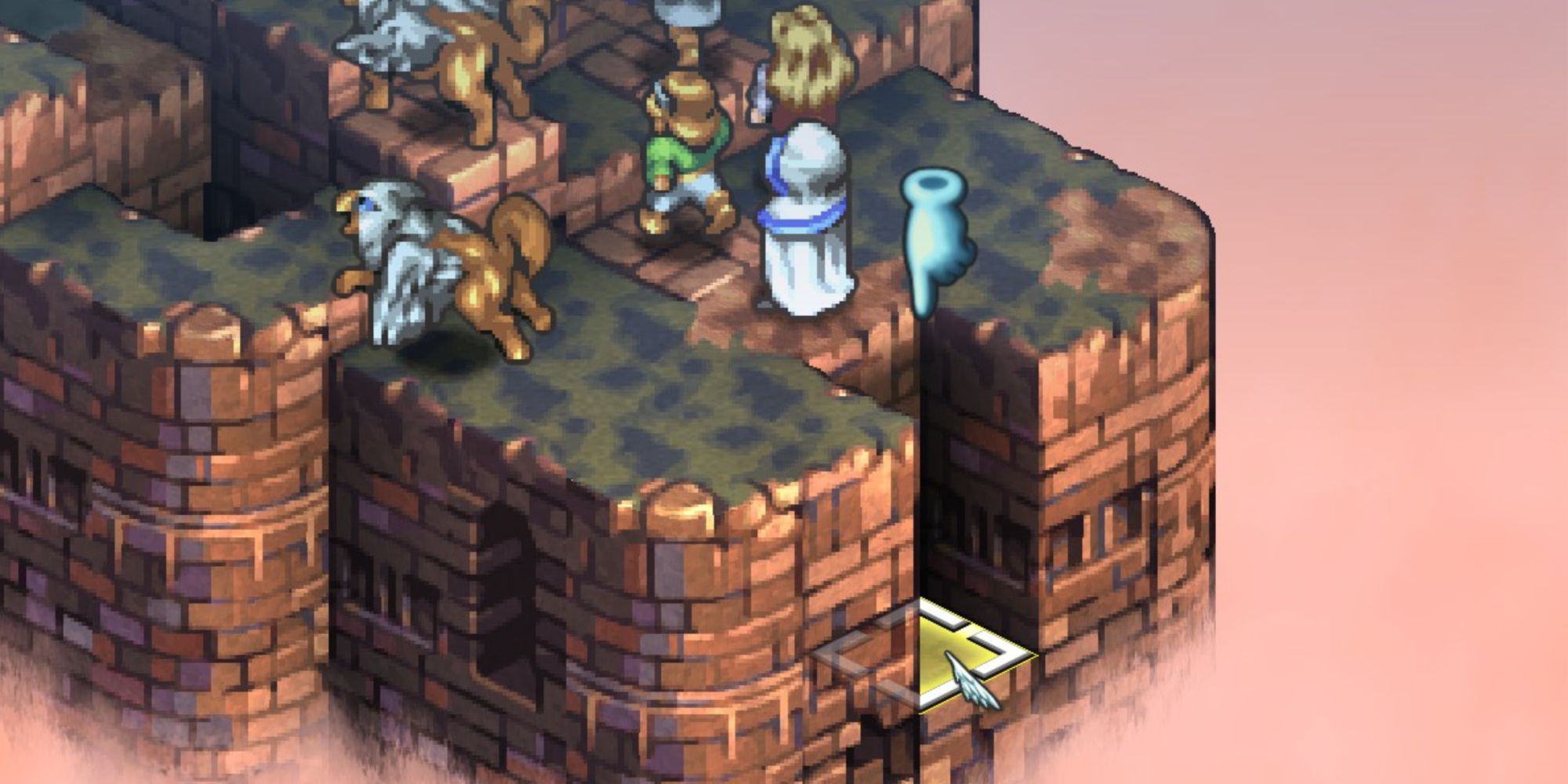 Quickest Route Through The Hanging Gardens 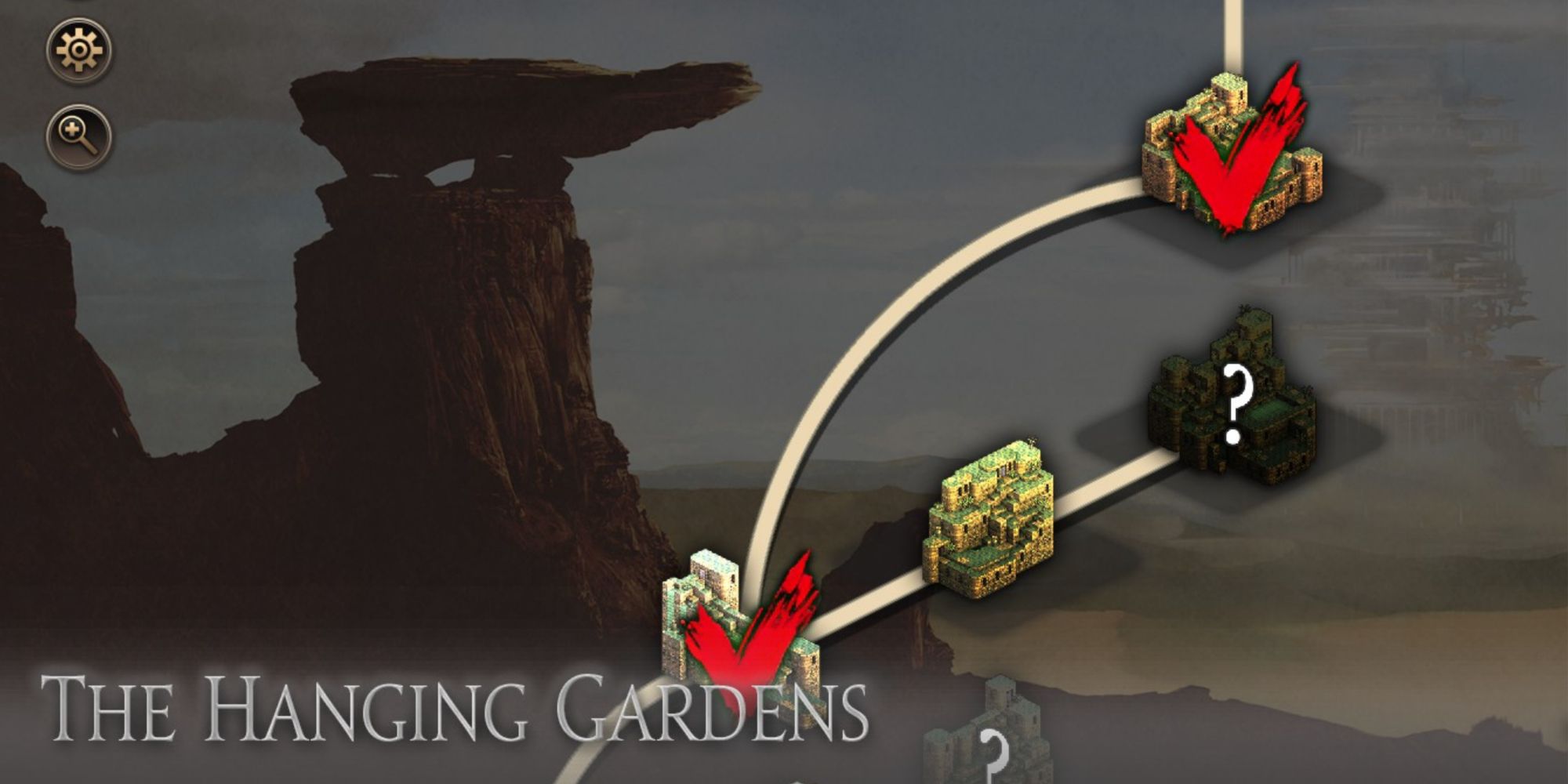 There is a pretty short path through this huge dungeon that rewards knowledge of the secret door system. With these, you can fight a minimum of five battles before reaching the confrontation with Andoras at the top. 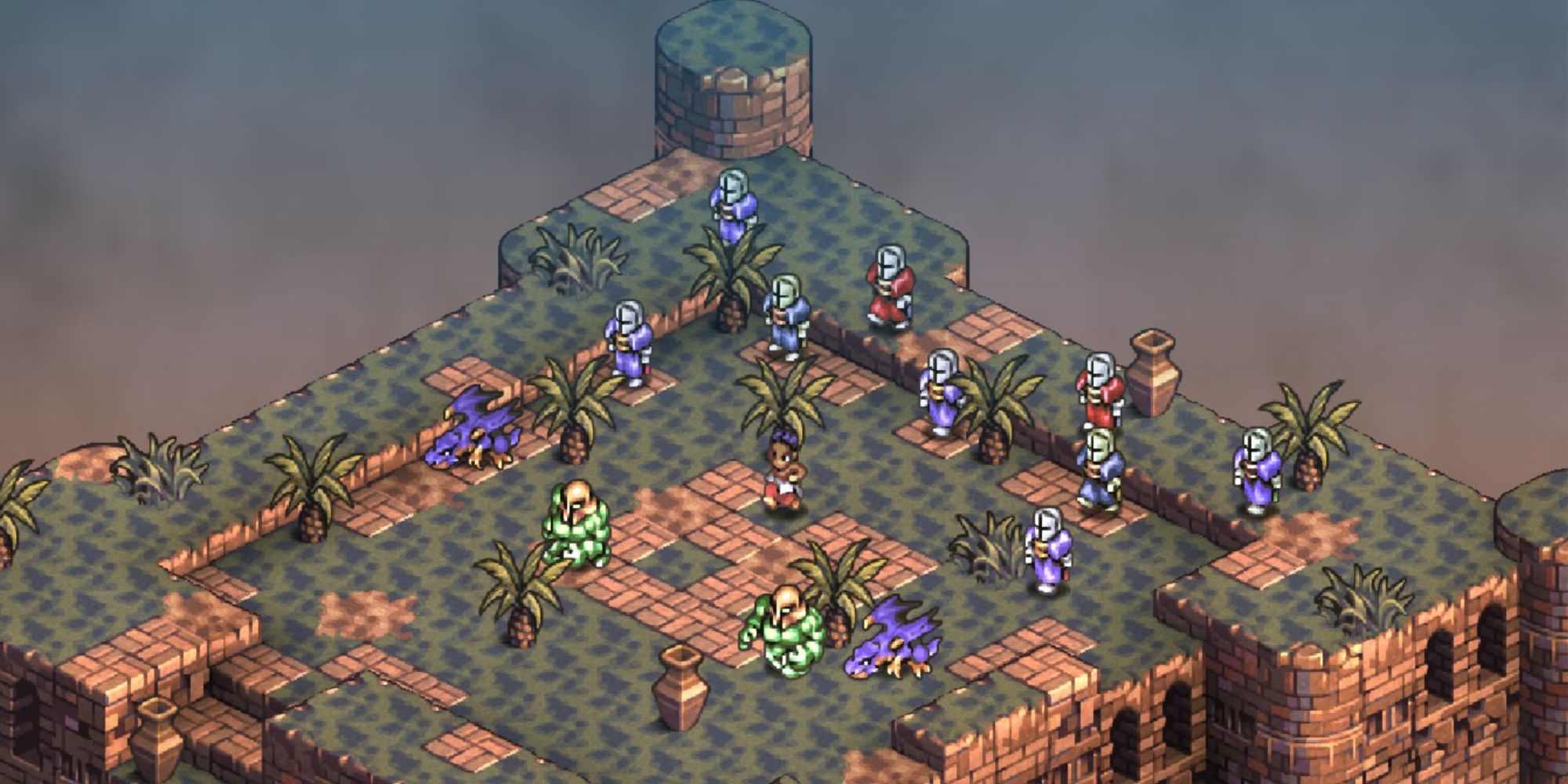 Andoras is a very tough opponent, though you already know that.

This is another battle where finding the right targets is the most important point. Eventually, though, you shouldn't have too much trouble – you have all the tools you need at this point in the game.

Story Battle: The Tomb Below 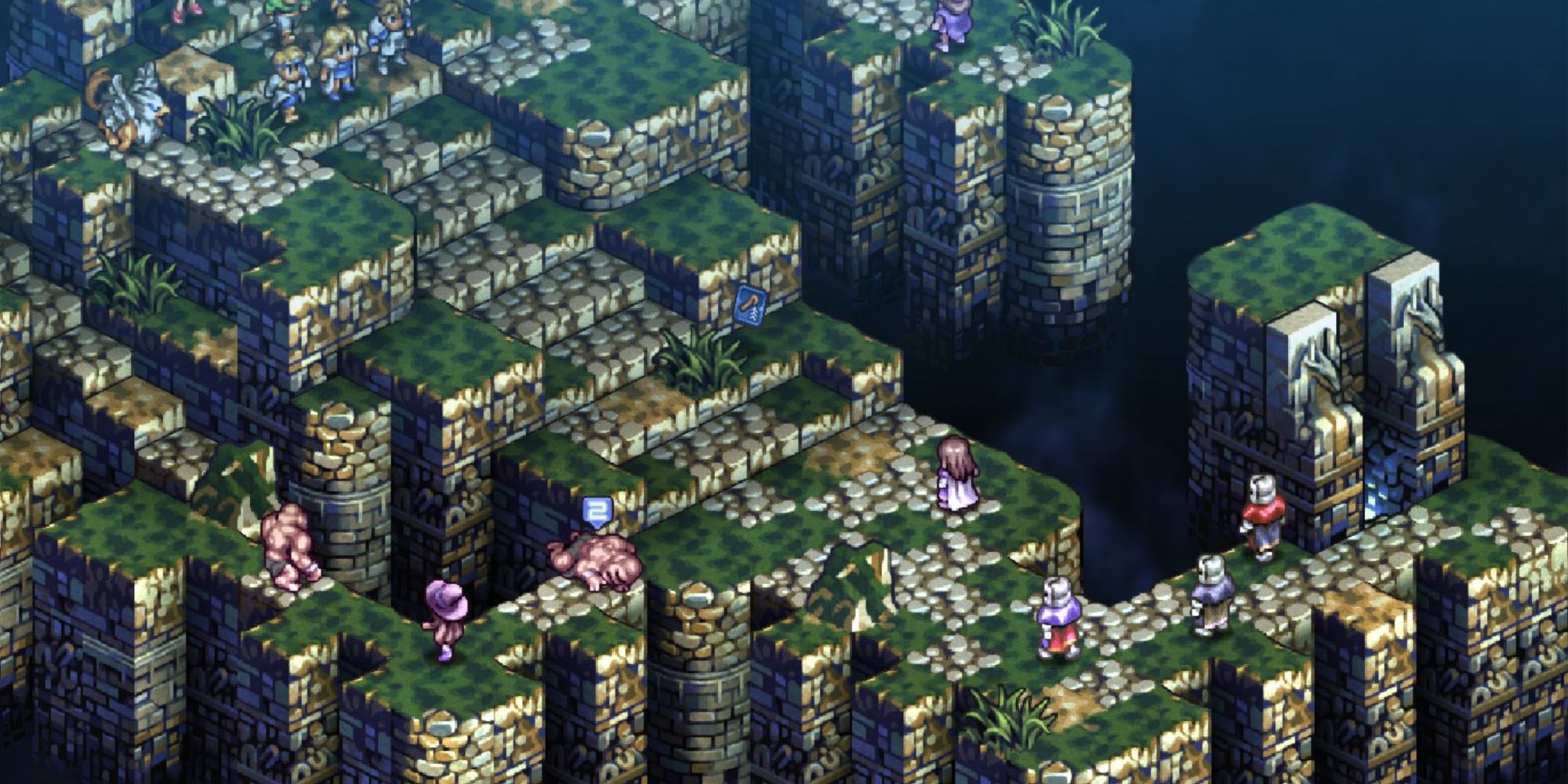 This battle isn't too hard – just remember that tombs hold the dead!

Story Battle: Relics Of The Past 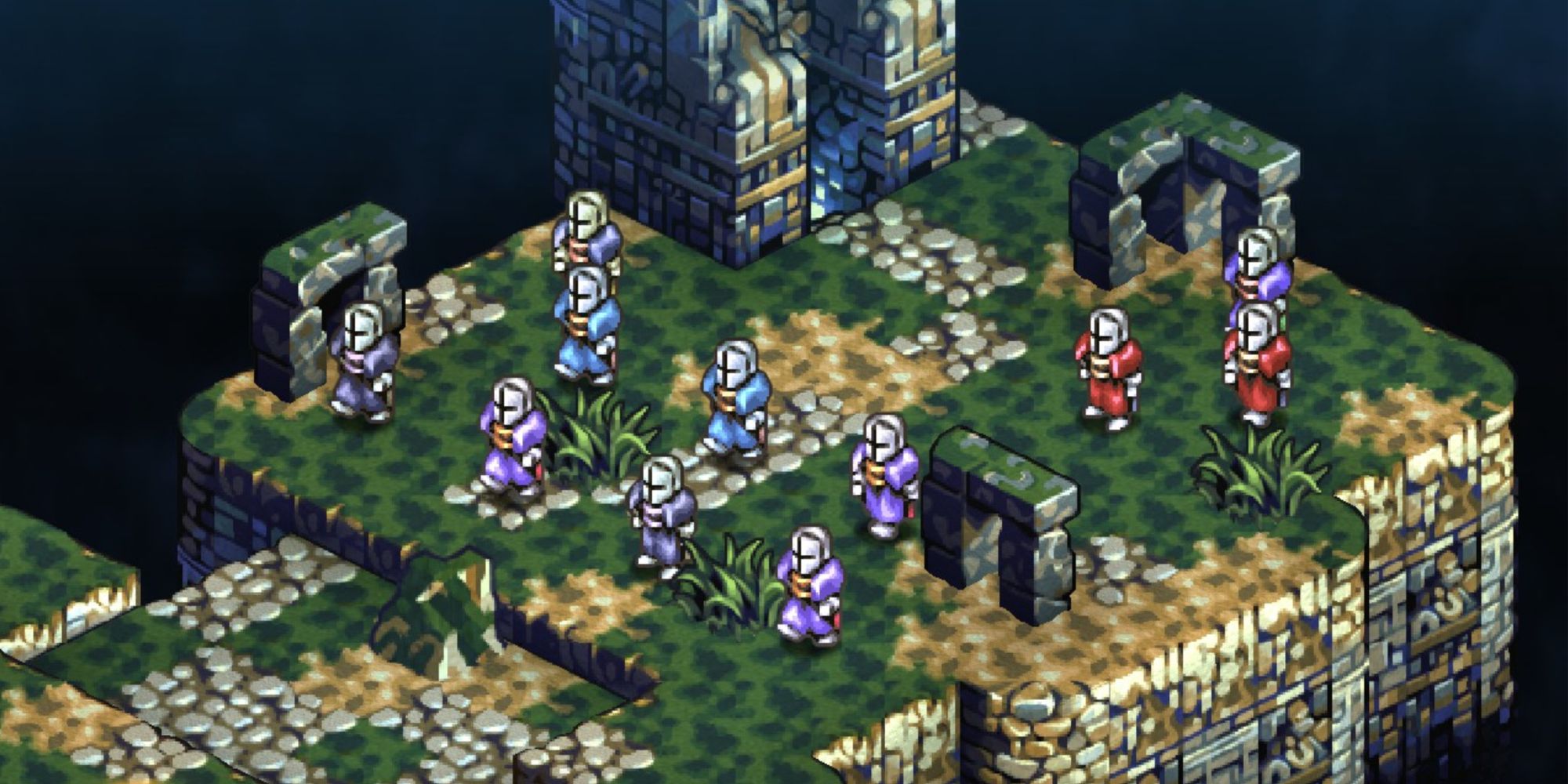 Before the final battles, there's a final bout with generic Templars.

There are only two more fights to go, and they're both quite special.

Story Battle: Chamber Of The Seal 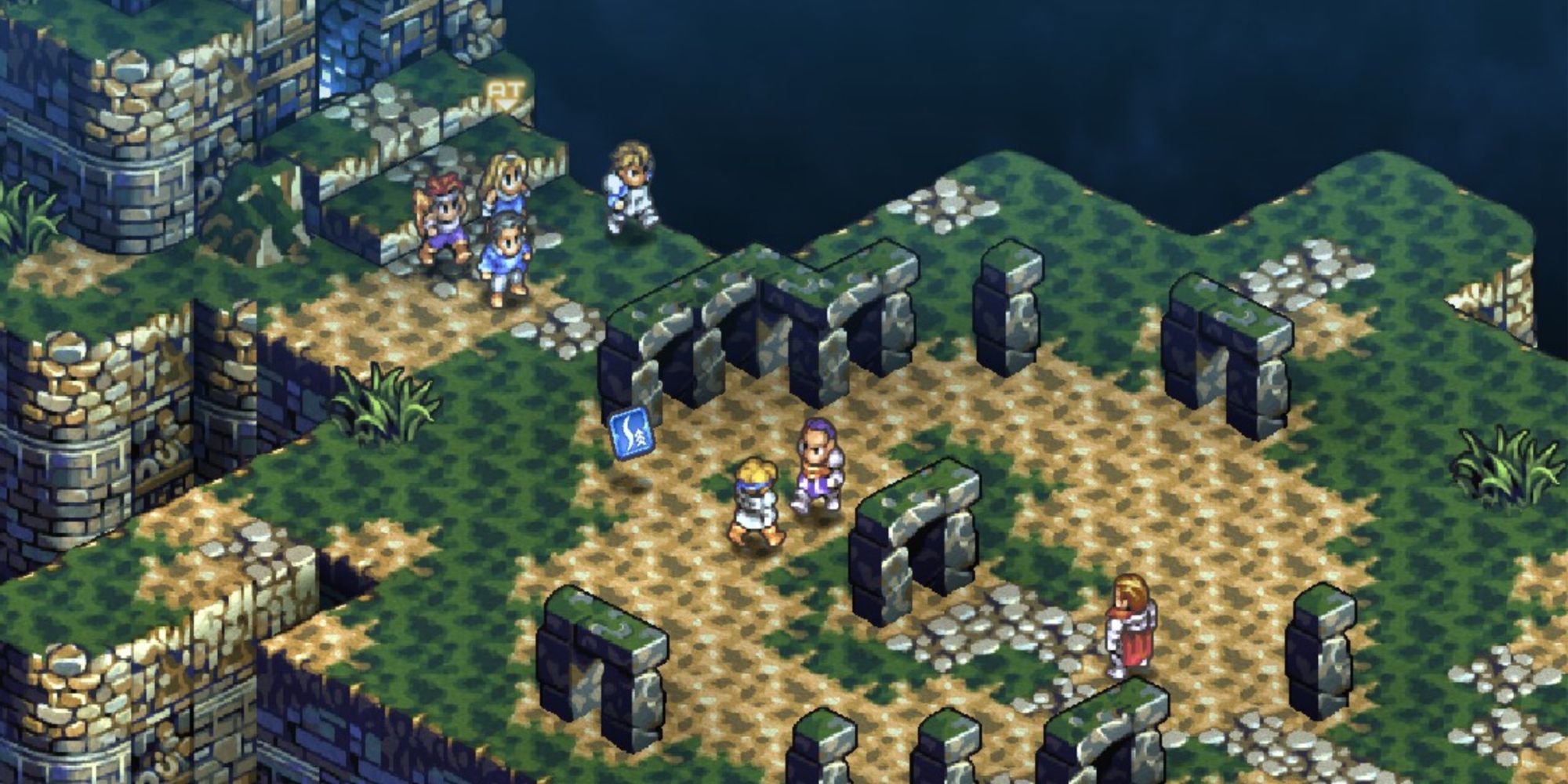 While you outnumber your foes by three, this is a very tough fight.

After this battle, the next will start immediately after the cutscene. 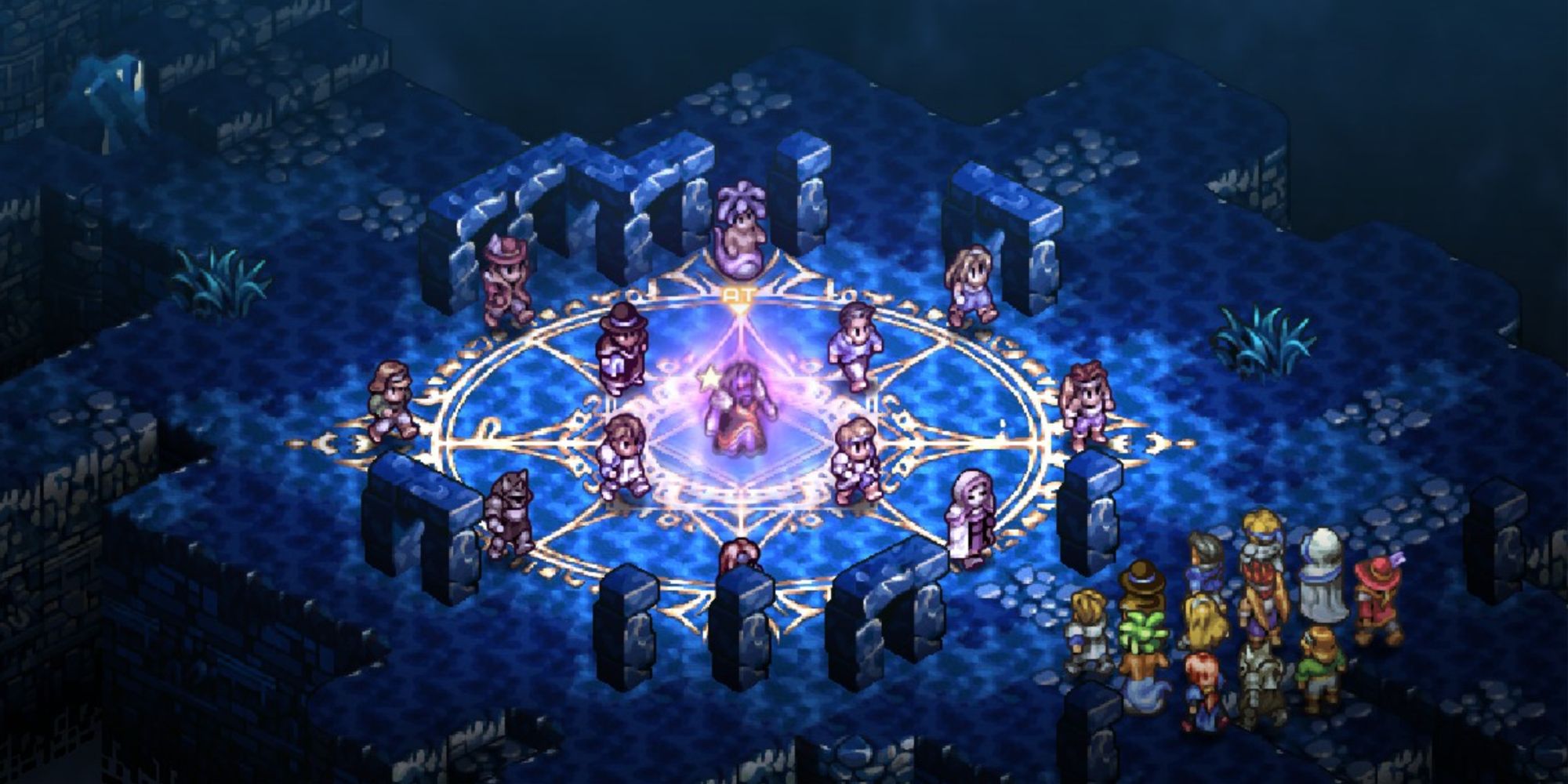 This is a very special battle. As you can see, the first thing that Dorgalua does is summon a Doppelganger for every unit you deploy. The positioning of these units is standardized and detailed in the image below. As it stands, you will want your weakest, squishiest units to be in the spots closer to the front and your strongest units towards the back.

How difficult this part of the fight is will depend on two things: how strong your units are, as the Doppelgangers are almost-exact clones (they do not get copies of your items), and how often Dorgalua's Risk Management skill triggers. 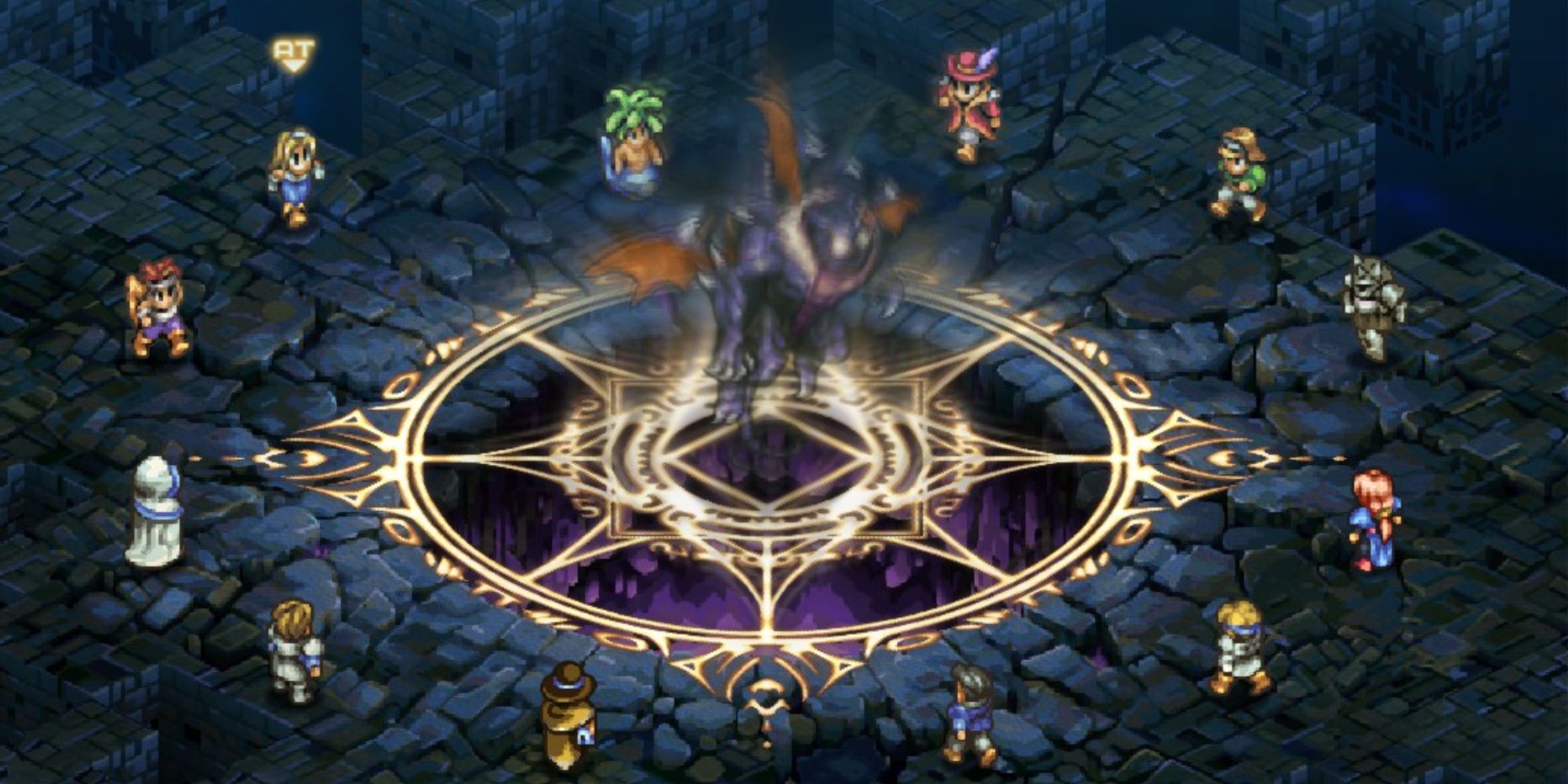 At this point, the Doppelgangers all disappear, and your party gets transported to a new battlefield.

All in all, it may take a lot of luck and perseverance, but Dorgalua is beatable. Once he falls, the game is over, and you can start doing all the postgame stuff! Be warned, there's a lot.