Crystal Shards are one of many collectibles in Teenage Mutant Ninja Turtles: Shredder's Revenge but only take up a small percentage of the list because there are only three Crystals to find throughout the entire game. However, as you might know by now, these collectibles belong to specific cameo appearances you can discover, which can add an additional twist to things.

In the case of the Crystal Shards, you will have to find three Neutrino's in the back half of the game before searching for the Shards to take on their Special Request. While not the end of the world by any means, it does slightly damper your mood whenever you just want to locate the three Crystal Shards and don't want to find these humanoid aliens on top of it. 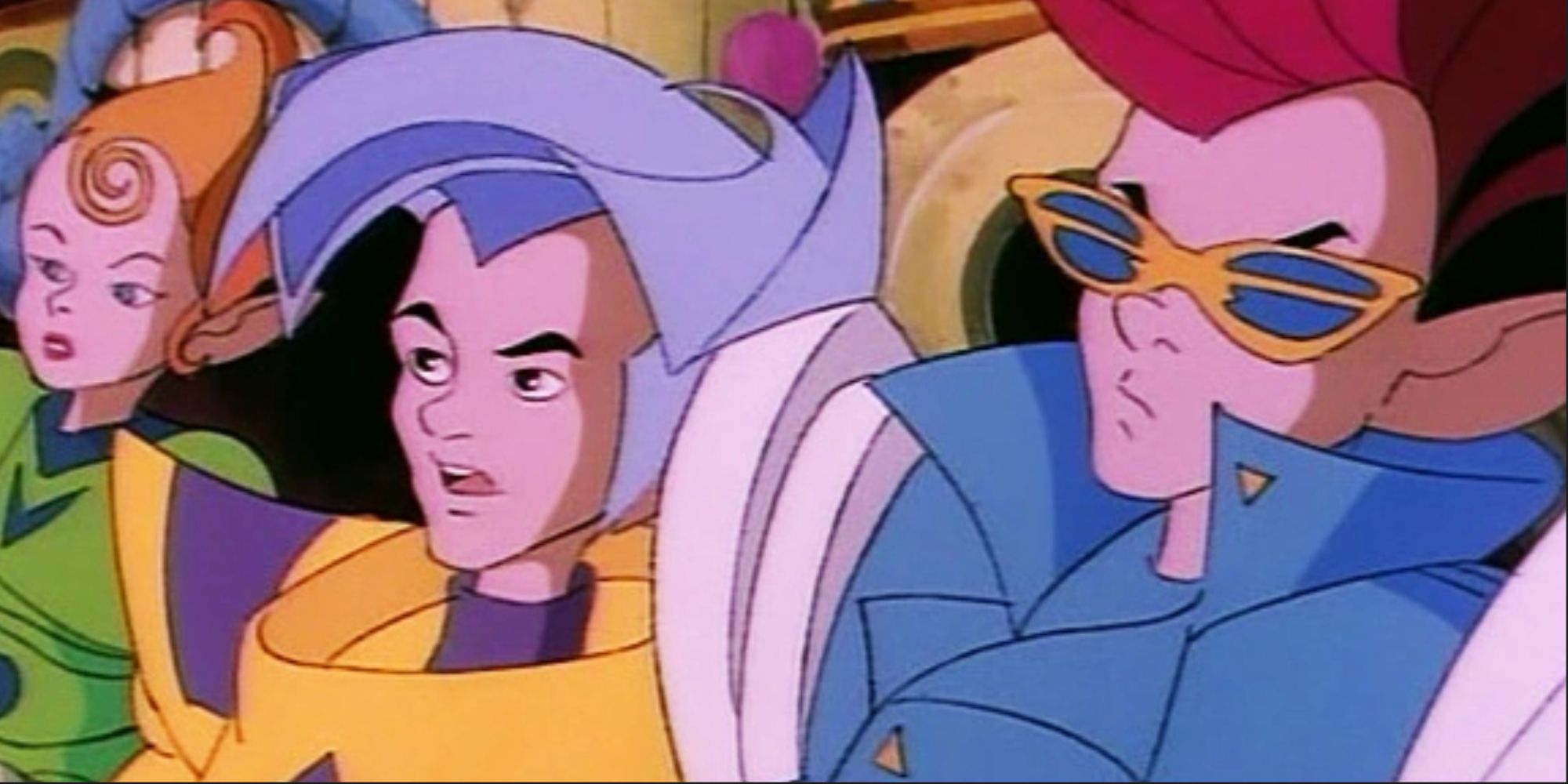 Before finding the three Crystal Shards in Teenage Mutant Ninja Turtles: Shredder's Revenge, you will need to locate the three Neutrinos first, which will take some time if you have yet to clear the story. Each of the Neutrinos are found in the game's later episodes, and we will cover their precise location below to have you taking on their Special Request in no time!

One last thing to note before diving into things is that you must complete the level for your progress to be saved. This means you cannot simply hop into an episode, rescue a Neutrino or collect a Crystal Shard and immediately bounce. You need to see each episode you start to its end, or your efforts will be for not. Fortunately, most levels aren't overly time-consuming, so you should be able to grab what you need and steamroll through the rest of it, especially if this isn't your first time through. 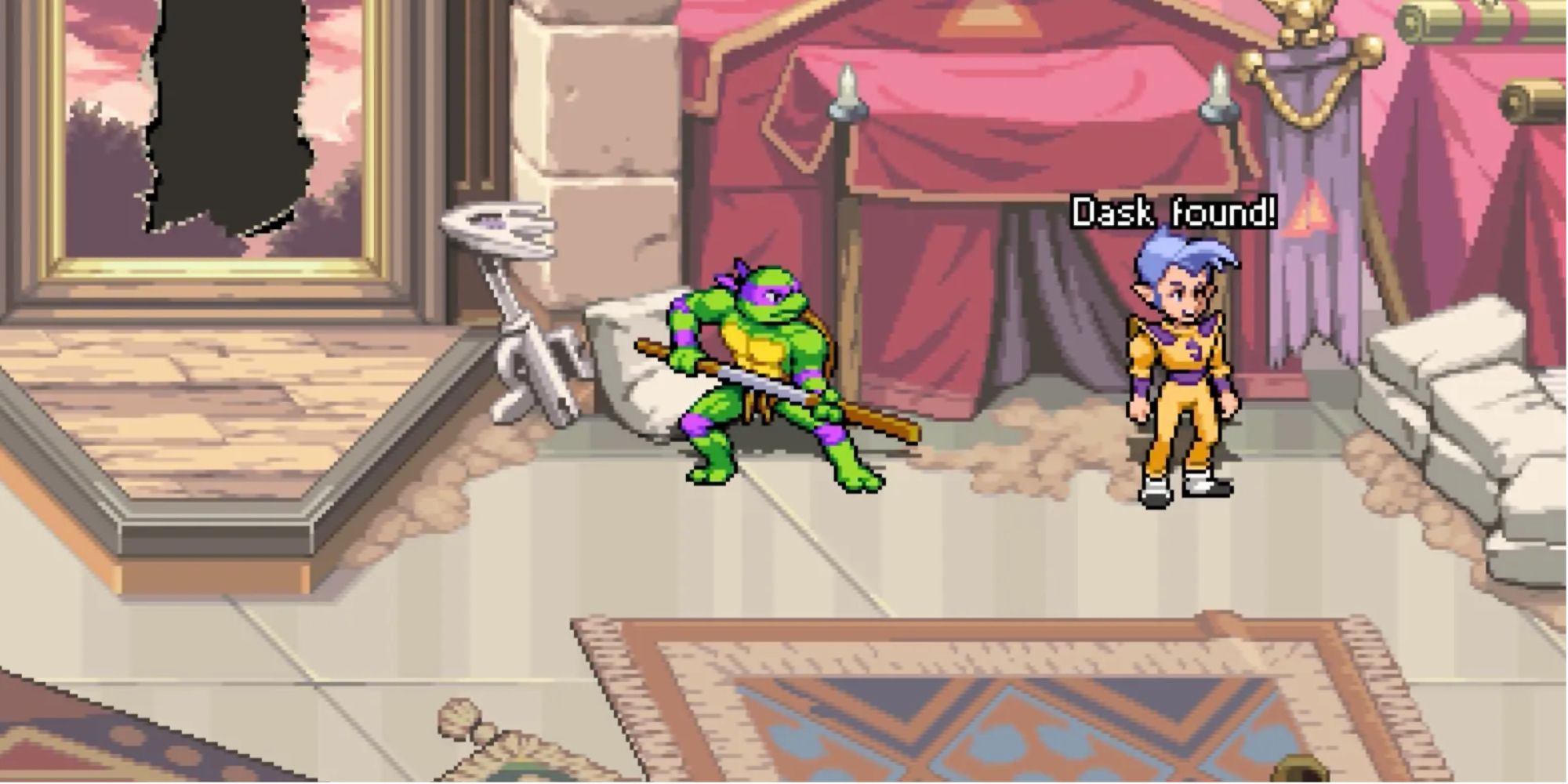 The first Neutrino in Shredder's Revenge is Dask, and he can be found in the game's eleventh episode, "Dinosaur Stampede!" Dask is found relatively late in the level, so progress through the stage as you normally would until you come across a room where enemies burst through a painting for a surprise attack. After dealing with the ambush, survey the room to notice a wooden crate with a Foot Clan logo in the top right of the screen beside a group of red tents. Smash open the crate to rescue Dask! 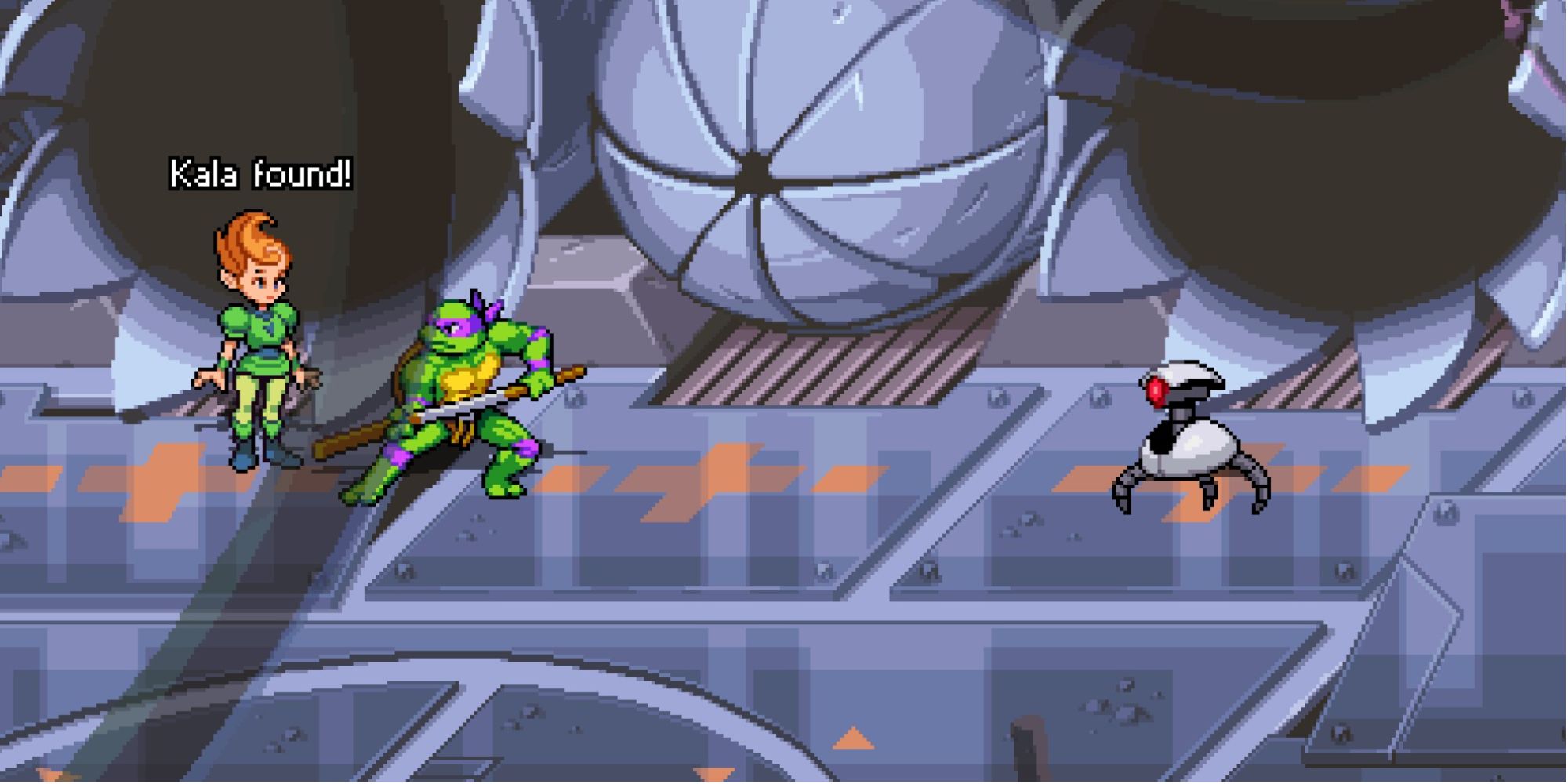 You can find the second Neutrino, Kala, in the game's thirteenth episode, "Technodrome Redux." Unlike Dask, Kala is located near the beginning of the stage, so you won't have far to travel before crossing paths with her. To reach her, fight your way through the level until you get to a large metal room with spider-bots and enemies that chuck grenades at you. After dispatching this unholy group of foes, look in the background for three dome-shaped capsules. The one on the far right side is already opened, implying the others can also be. With this in mind, head to the one on the far left and smack it open to have Kala pop out! 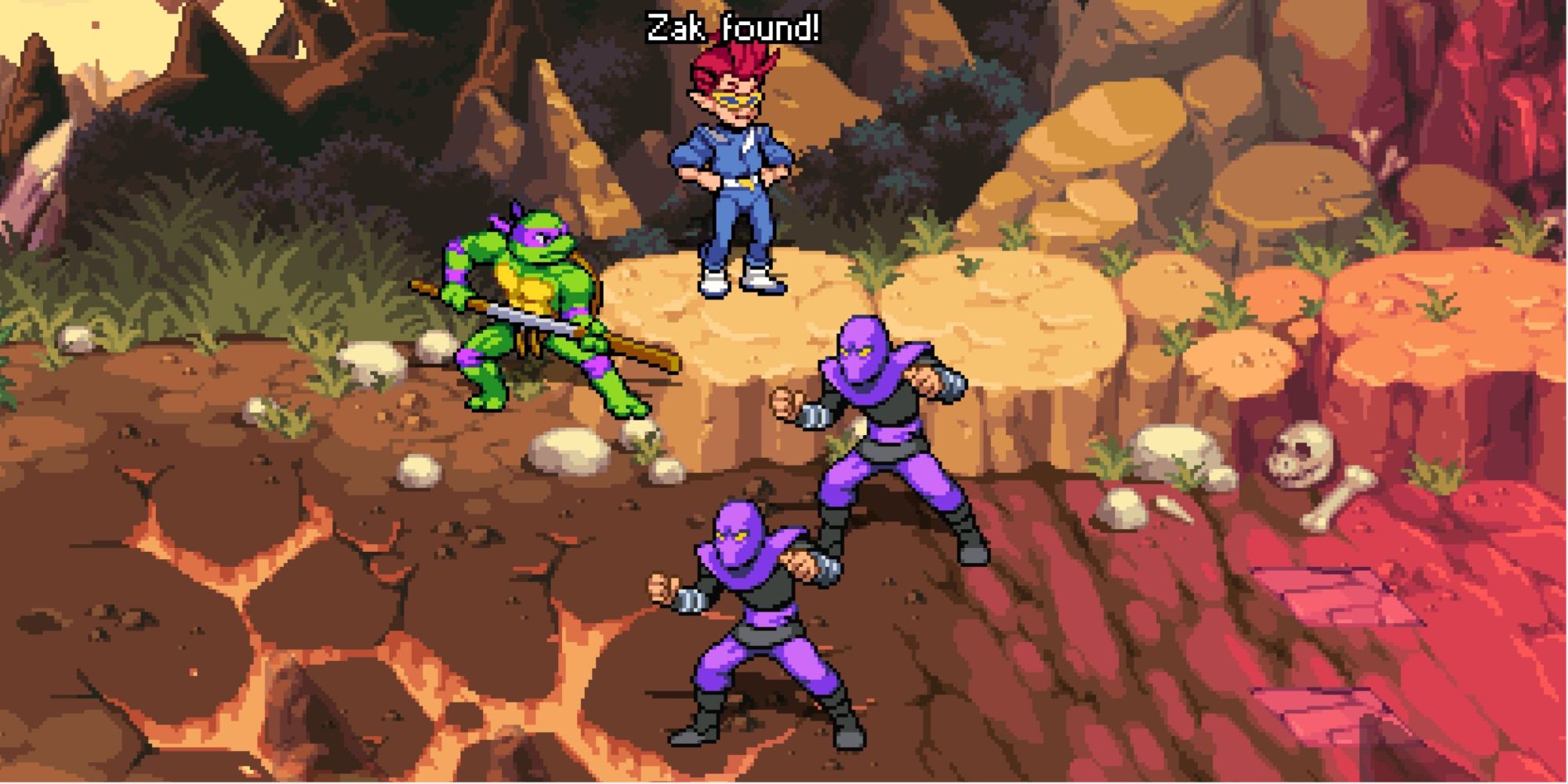 The third and final Neutrino is Zak, which is found in "The Lost Archenemies," the game's fourteenth episode. Similar to Dask, you won't find Zak in the early going of the level as he is located just before the stage's boss encounter. As a result, play through the level until you start nearing its end. You will begin seeing laser weapons pop up from hidden trapdoors on the rocky ground, accompanied by waves of standard enemies to make matters worse. Whenever you reach this point, keep your eyes peeled for an odd-looking coral plant in the background on an elevated patch of rocks. Bust down the coral plant to rescue Zak!

With all three Neutrinos saved, you will gain access to the "Dimension X Hangout" in the overworld. After completing the episodes outlined above, pay them a visit to obtain their Special Request to find three Crystal Shards. For the locations of the Crystals, please head to the sections below! 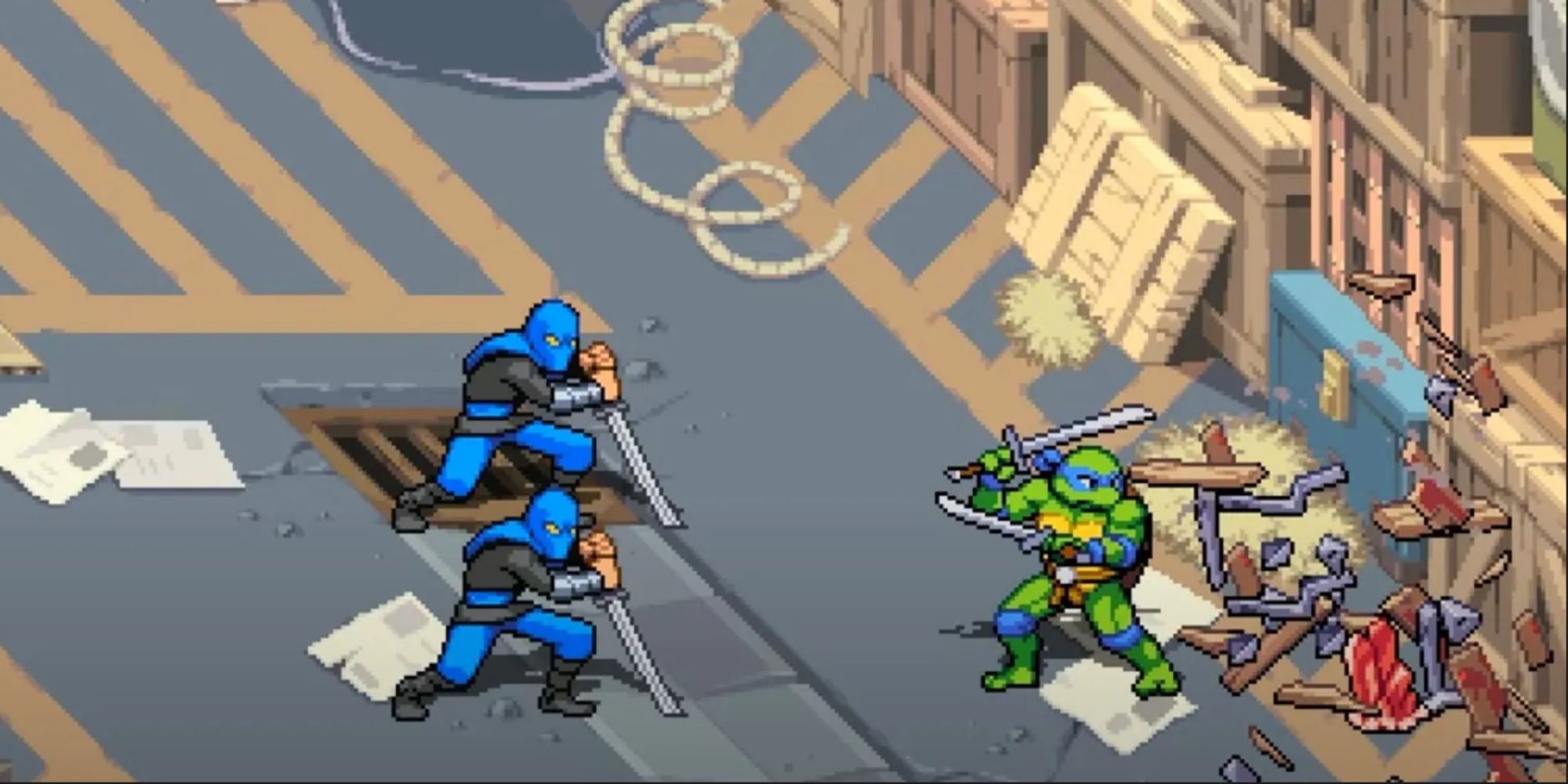 Episode eleven, "Dinosaur Stampede!," is home to our first Crystal Shard. Unfortunately, we're starting things off with a late-stage collectible, but this level is one of the best in the game, so we forgive it. To obtain this Crystal, progress through the stage as you normally would until you suddenly start moving up the screen instead of to the right. Once this phase stops, you will find yourself inside a storage room with several enemies. Fend off the enemies and head to the next screen. In the bottom right corner of the room will be a wooden crate with a red Foot Clan logo. Destroy the container to snag your first Crystal Shard! 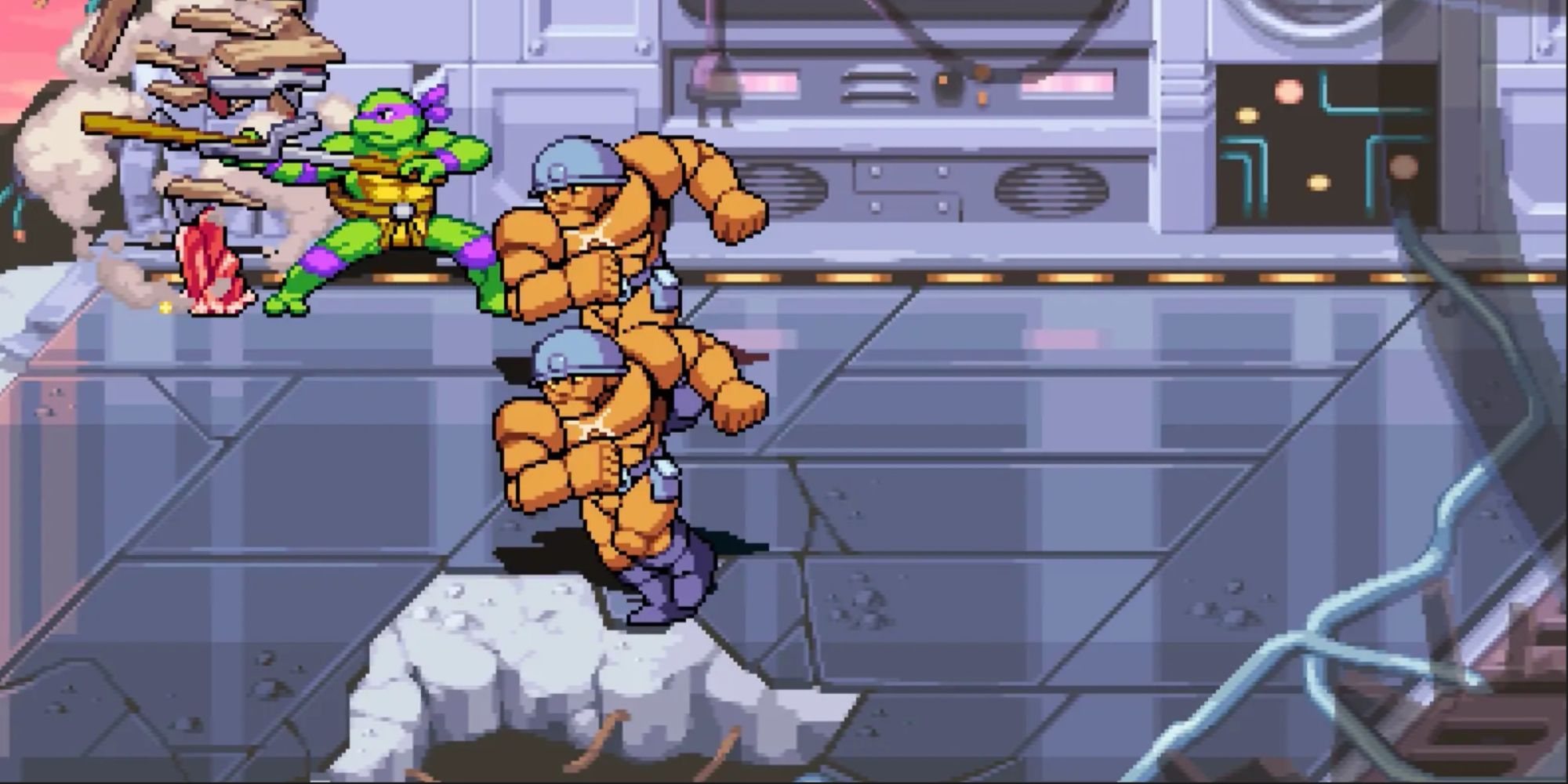 Crystal Shard number two is located in the game's thirteenth episode, "Technodrome Redux." For this Shard, you will need to make it past the stage's first boss fight and into a destroyed area of the Technodrome. Once in this section, there will be a large gaping hole you must jump across to progress further into the level. As soon as you clear the pit, look to the left to find yet another wooden crate with a Foot Clan logo on it. Demolish the box to obtain your second Crystal Shard! 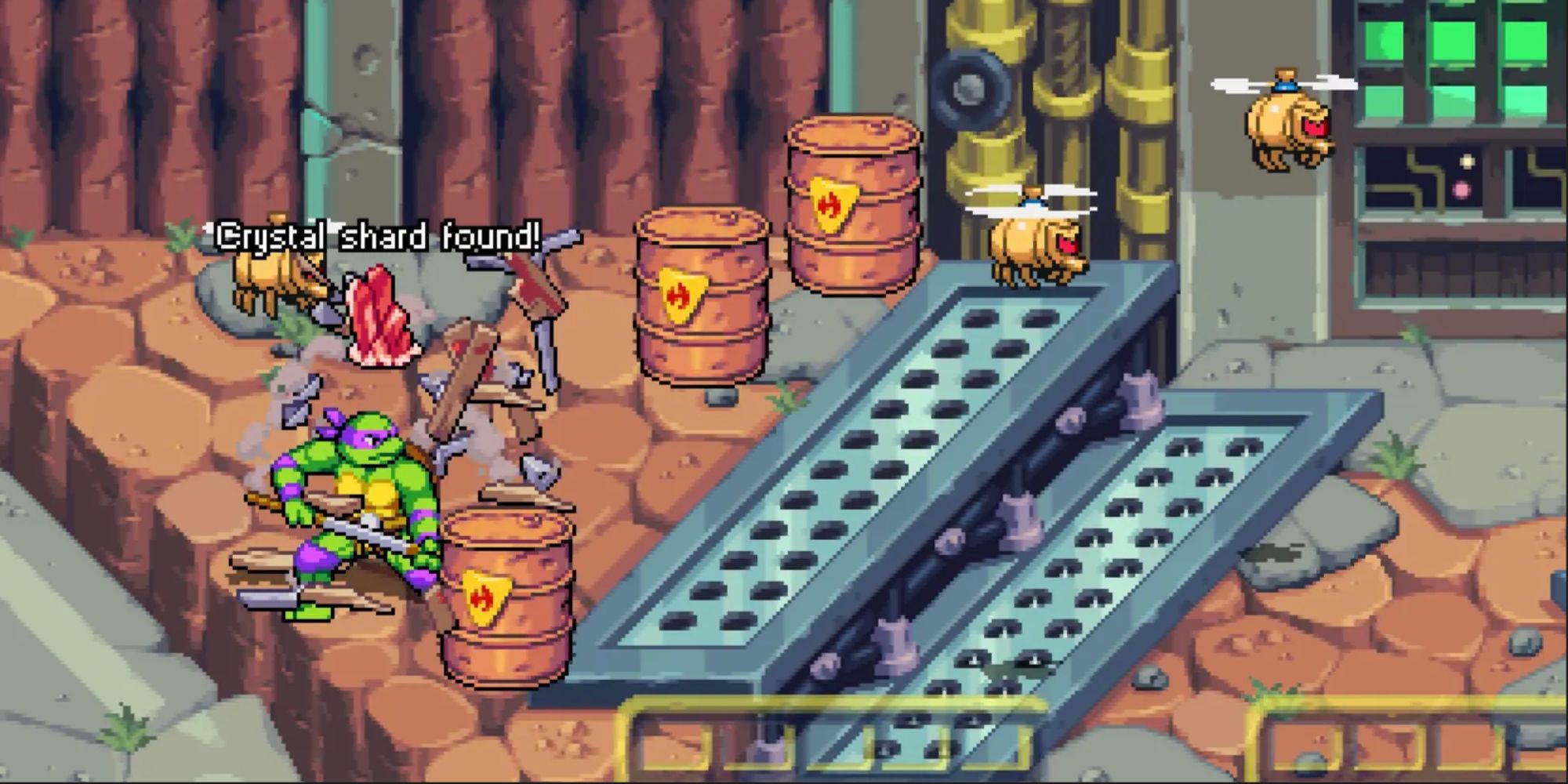 Last and certainly not least is the third and final Crystal Shard, which can be yours by going to the fifteenth episode, "Outworld Strangeoids." Thankfully for us, this Shard is found near the beginning of the level, so it won't take long to snatch it up. To locate this Shard, make your way through the stage until you reach the section that has explosive barrels and spiked floors, accompanied by flying robot enemies that can be incredibly irritating to deal with. Once here, look for an elevated area of brown stone in a triangle shape, with spiked "stairs" leading down into the next screen. There will be several explosive barrels here alongside wooden crates with red Foot Clan logos. The wooden crate closest to the screen, at the bottom of the stone platform, is the one you're shooting for. Destroy this bad boy and the final Crystal Shard is yours!

Return To The Dimension X Hangout 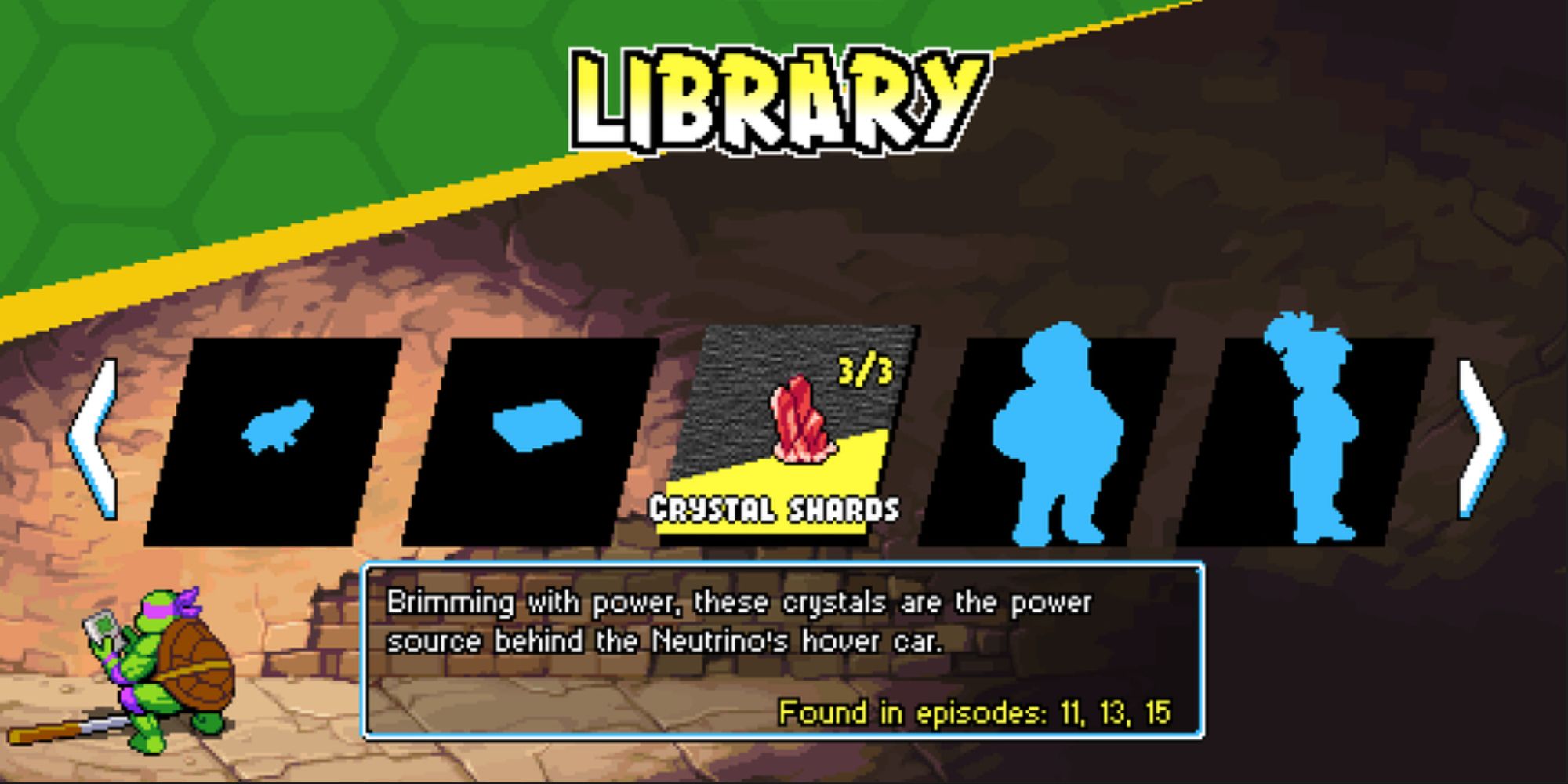 And you did it! All three Crystal Shards are yours, and the three Neutrinos are rescued as well. The next step is to simply head back to their Dimension X Hangout, which you will be able to find in the game's overworld. Once here, speak with the Neutrinos and exchange the three Crystal Shards in for a hefty 200 Points, which will more than likely level your character up. Like the other Special Request guides we have covered, we would like to warn you to double, triple, and/or quadruple-check your currently selected character to see if they are at the max level or not. If they are, switch on over to someone else and shower them with the wealth to increase their level!