Square-Enix is no stranger to the world of Tactical RPGs. Many consider Final Fantasy Tactics to be the height of the genre. But while they have released a number of excellent Tactical RPGs in their day, at some point they seemed to lose interest in them. However, with the release of The DioField Chronicle, Square-Enix is trying their hand at the genre once again.

And the results are genuinely quite good. The DioField Chronicle's style of gameplay isn't wholly unfamiliar, but it does have a lot of its own ideas. Stalwart SRPG fans will most certainly be familiar with some of the conventions that the combat engine utilizes, but this hybrid real-time and turn-based battle engine absolutely has its own quirks and nuances. The combat here is definitely doing a few pretty interesting things. And we would be happy to tell you all about them.

Waypoints Are Your Best Friend 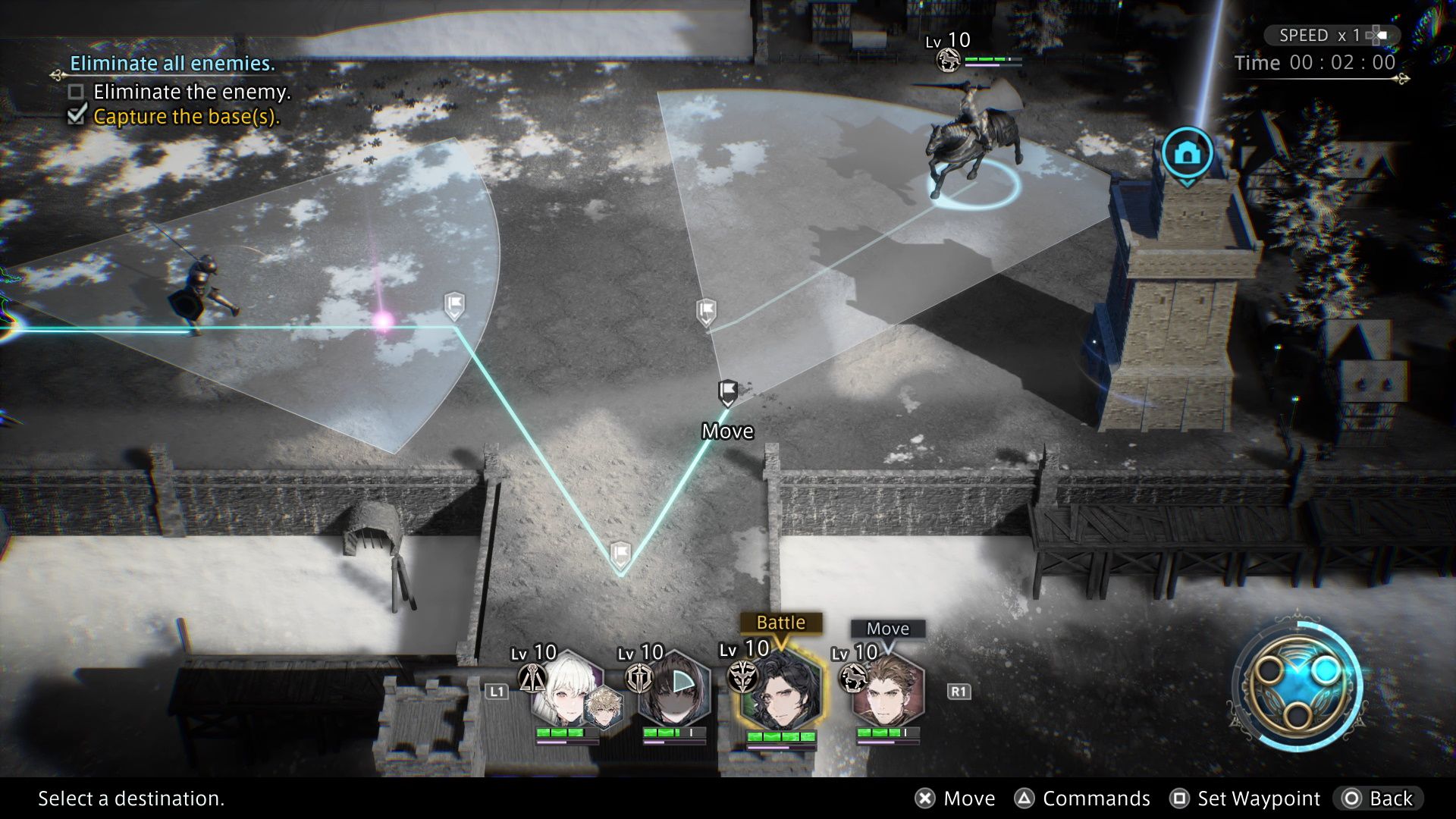 This point really can't be stressed enough. Waypoints are an extremely potent way for you to control the battlefield. They allow you to snake around you opponents range sight line. Which makes it possible to get back attacks on your enemies. They are also absolutely necessary for positioning archers and lining up their field of view.

Moreover, waypoint are vital for picking up shards that drop mid-combat. If you are moving a troop from point A to point B, you may as well create a path that has them pick up ever orb between them in the process, right? Combat encounters in DioField involve a decent amount of micromanagement, waypoints are an excellent tool that will help to free up time for you to worry about other minutia during combat.

Cavalier Units are fantastic at mopping up shards. Put those horsemen to work and grab every last one. 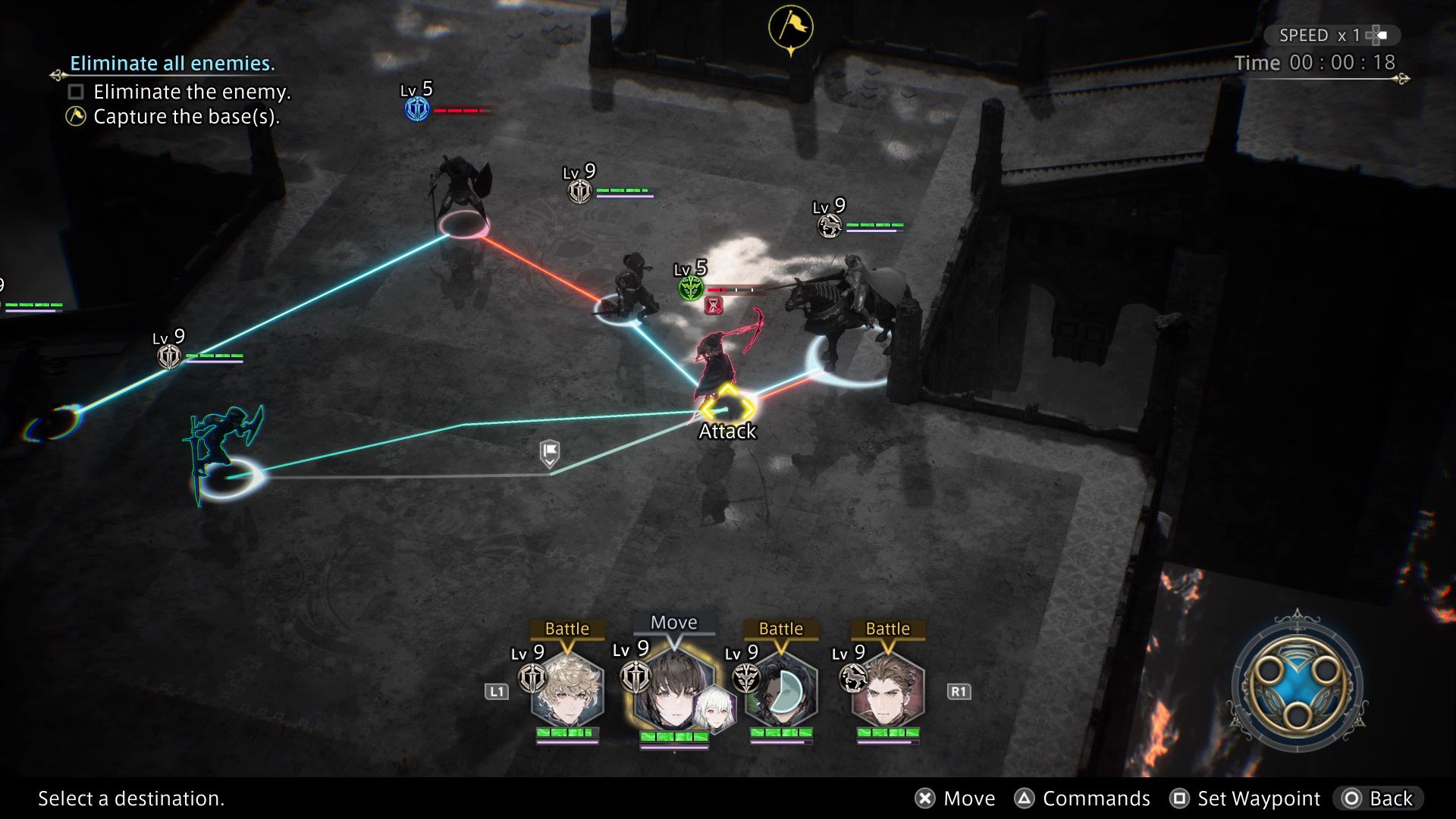 If you are looking to move your units around, you may end up just clicking on an enemy that is in and around where you want to move your troops. This can also happen unintentionally, as if your cursor is close to an enemy, it will snap to them. While this will typically work out fine for you most of the time, it isn't a good practice to get into, because if that enemy you have selected dies before your unit reaches them, then your character will just stop dead in their tracks once their target is gone.

When all your units are moving as a cluster, this won't be an issue, but if you are separating them in order to flank opponents, this could quite possibly end up being a problem for you. If you have already been playing The DioField Chronicle, and you have noticed that every once in a while units are hanging back when you thought you gave them orders: this is likely the issue. Keep in mind that if you just move your unit next to an enemy, they will start attacking anyway. So just to that instead.

DioField Is Turn-Based If You Want It To Be 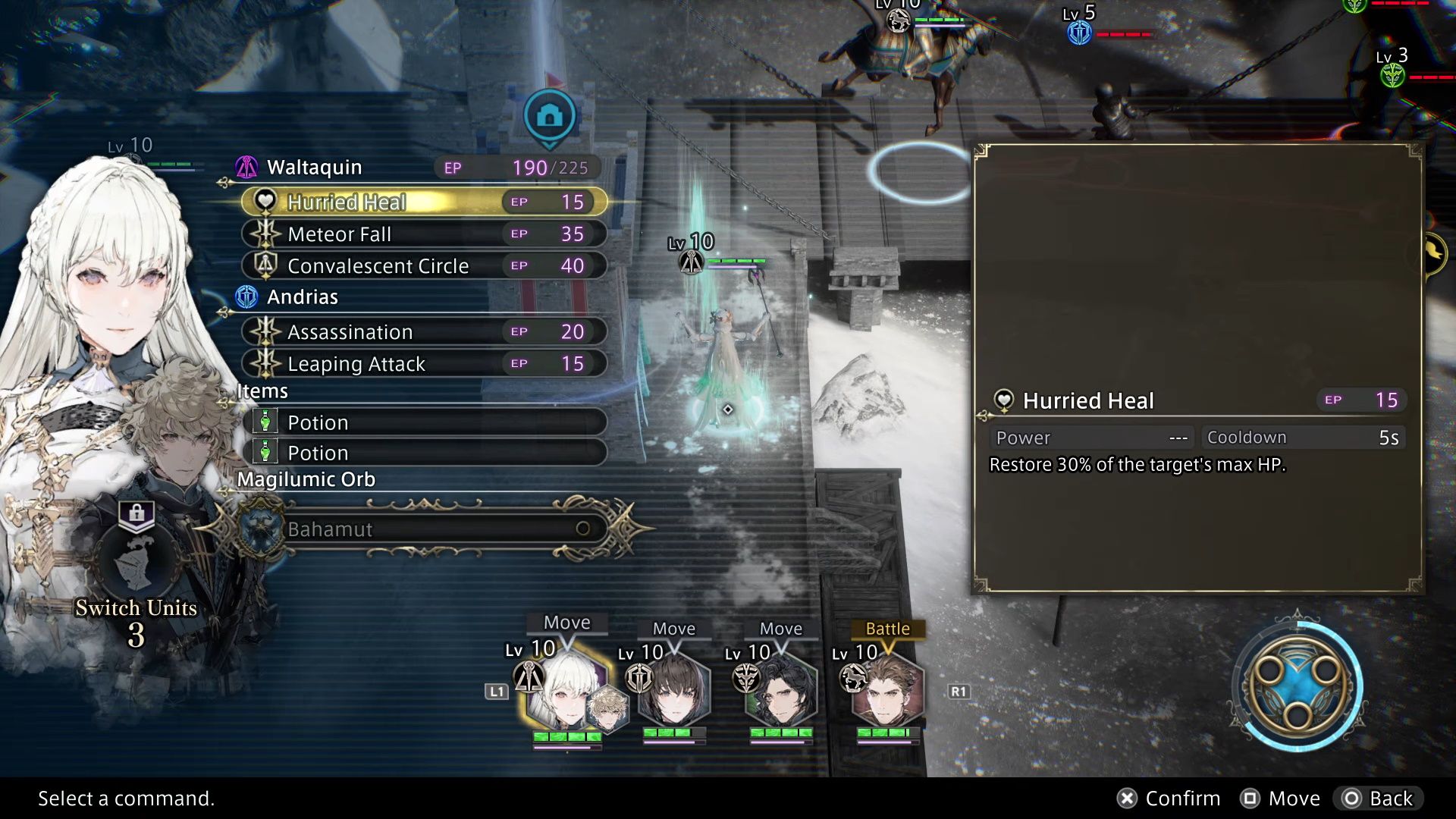 Okay, so there is no option to make the combat truly turn-based, however, whenever you want, you can press the "commands" button and the action will freeze. From here, you can adjust your character's movement, or have them perform attacks. There is no limit to your ability to pause the action, and you can do it anytime.

This is super important for dodging attacks. You aren't going to be able to reposition your whole squad on the fly in real-time if they are about to get tattooed with a big attack. However, with the ability to pause the action, you will be able to do just that. We have heard some people describe DioField as being a "real-time strategy" type of game, and while we imagine with enough will, you could play DioField like an RTS to a degree, but in our experience most of your time will be spent with the screen frozen as you plot out your next series of moves.

Skills Are So Much More Than Just The Damage They Do 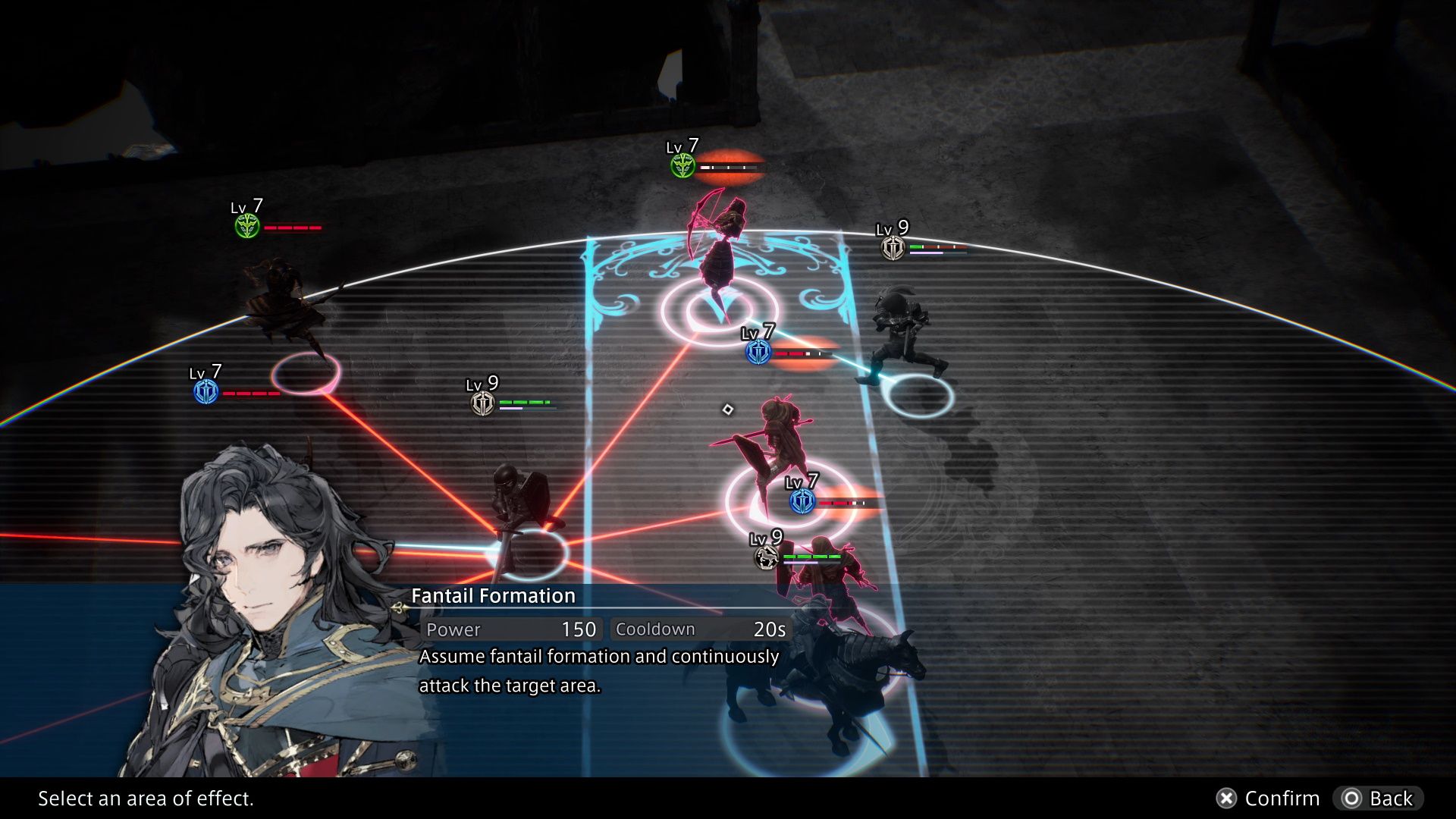 Like any good Tactical RPG, so much of DioField is going to revolve around the positioning of your units. The biggest mistake you are likely to make early is switching weapons and losing a potent positional tool. Fredret losing his Full Frontal Assault, as an example, is a huge blow to that character's utility. Suddenly he goes from being a character who can hit-and-run, or flee sticky encounters without taking any damage while retreating, to a far more standard unit. Sometimes it may even be worth holding onto equipment that has worse stats, just so that you can keep those highly valuable positional abilities.

Also, it isn't just how the skills effect your position, make sure to pay attention to how your attacks move your enemies as well. It isn't always obvious from the attack's description. The difference between being aware of how your skills reposition your enemies is the difference between using your characters attacks to line up all your foes into a group in order be taken out in one fell swoop by a powerful AOE attack, and using the wrong skill at the wrong time to scatter enemies, ruining your opportunity to finish the battle swiftly.

Fast-Forward To The Good Bit 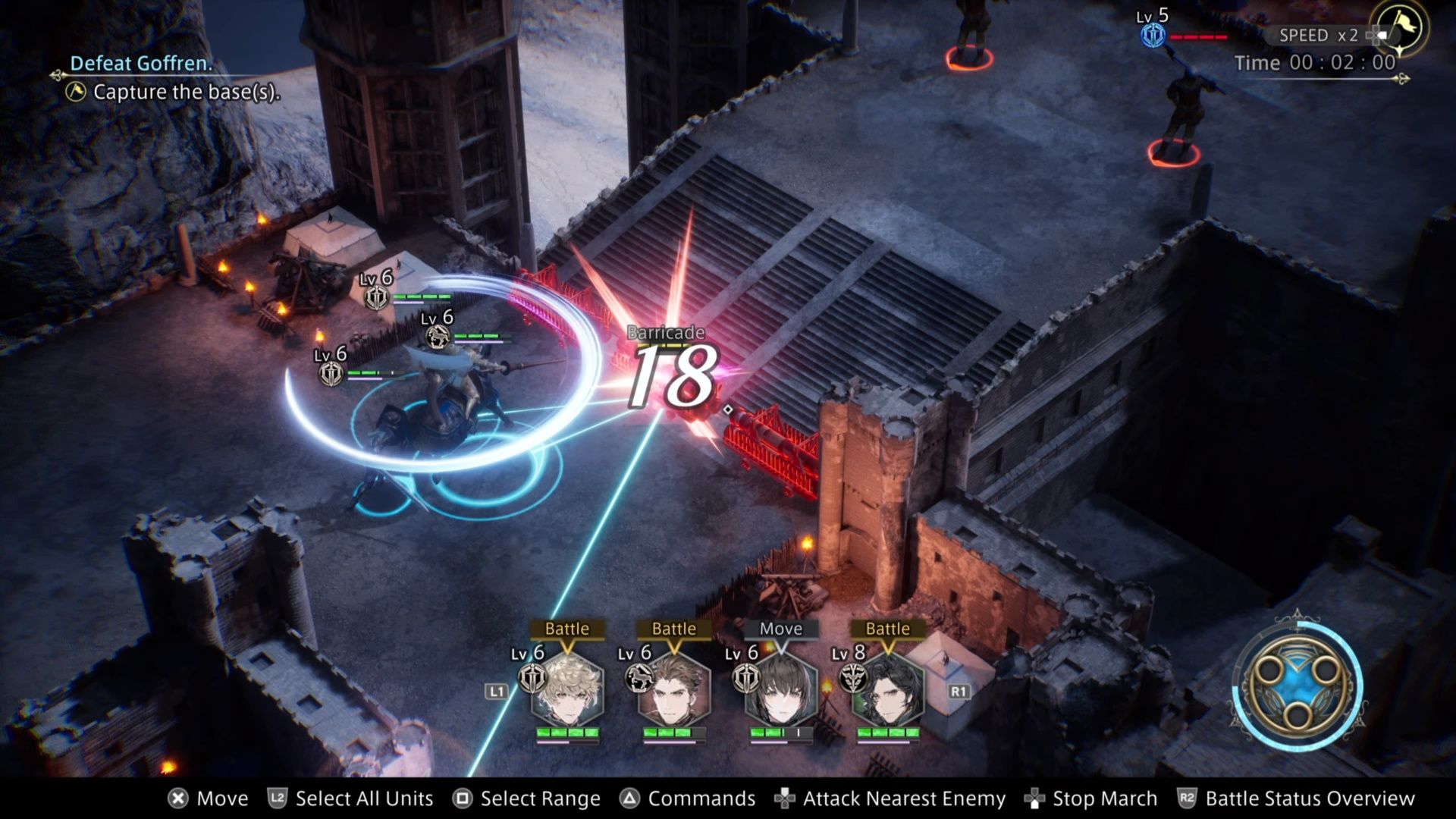 The DioField Chronicle has an excellent feature that allows you to change the pace of combat. You can fast-forward up to twice the typical speed at any moment. This is fantastic for when you are breaking through barricades, or for when you are locked into combat, but all your skills are on cooldown.

However, you need to be careful when speeding time up. For starters, there is almost always a combat objective that requires you to beat the encounter within a set time limit, so if you end up letting too much time tick away, you could jeopardize those rewards. More dangerously, certain enemies have attacks that will require you to reposition. Make sure to watch for those; if you are late realizing what is happening, it may mean that you won't have time to escape these extremely potent attacks.

You Can Wind Back Time 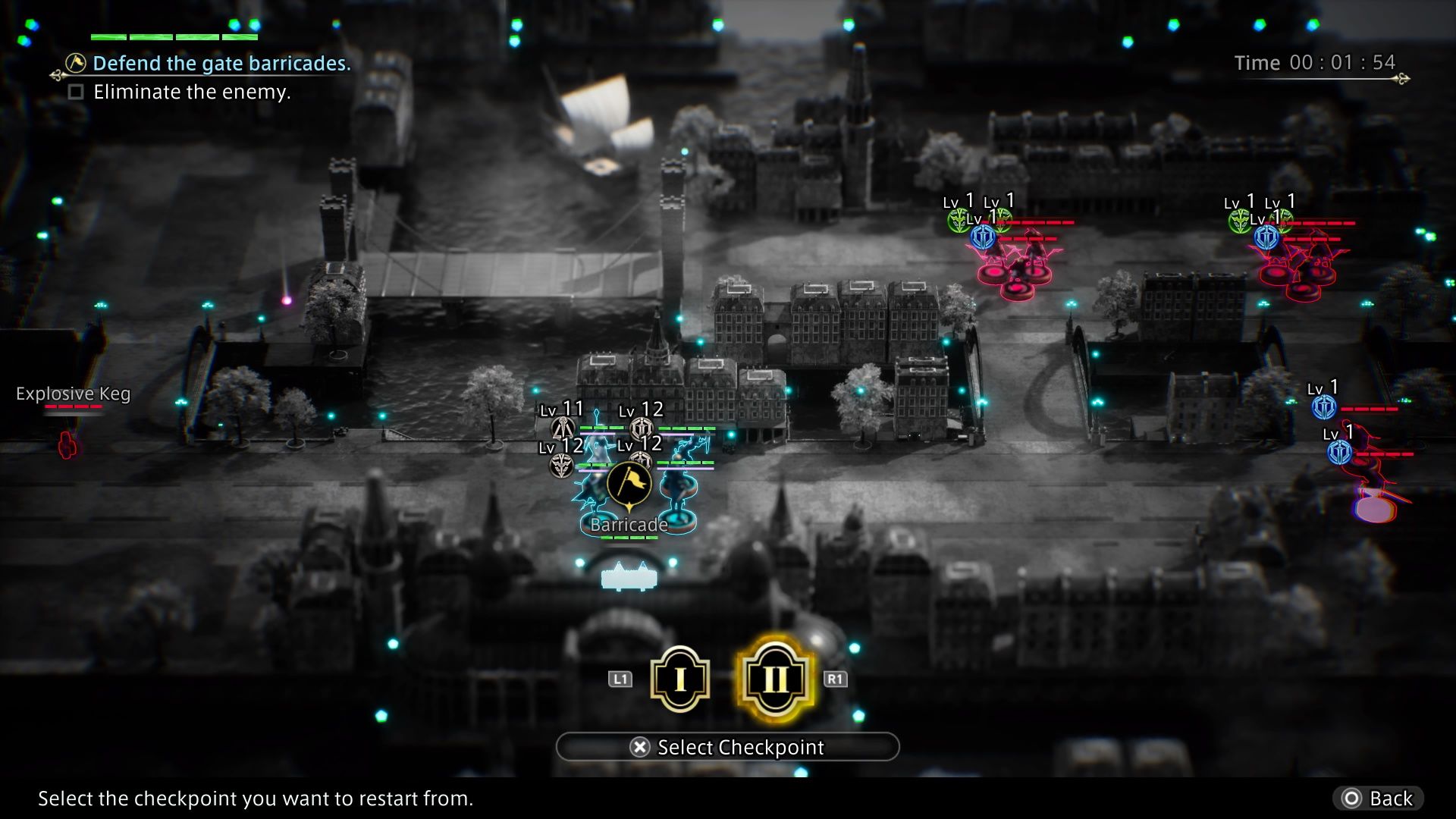 That's right, you can return to previous points in the battle. This function doesn't work the same as the fast-forward ability; you can't press a button and go back a few seconds. Instead, every battle has multiple phases. And you can, whenever you want, snap back to the beginning of any phase. So, as an example, if one of your troops become incapacitated—losing you the opportunity to gain a skill point for this battle—you can choose to restart at the beginning of this combat phase and try again.

To do this, just go to the battle overview screen. From there, click on "combat log". Then just choose the beginning of the phase you are currently on. Or, if your issues started earlier than that, you can even go back to the beginning of an earlier phase. This is a massive convenience and ensures that a dumb mistake won't require you to redo the entire battle all-over-again.

It Is Irrelevant Who Lands The Killing Blow 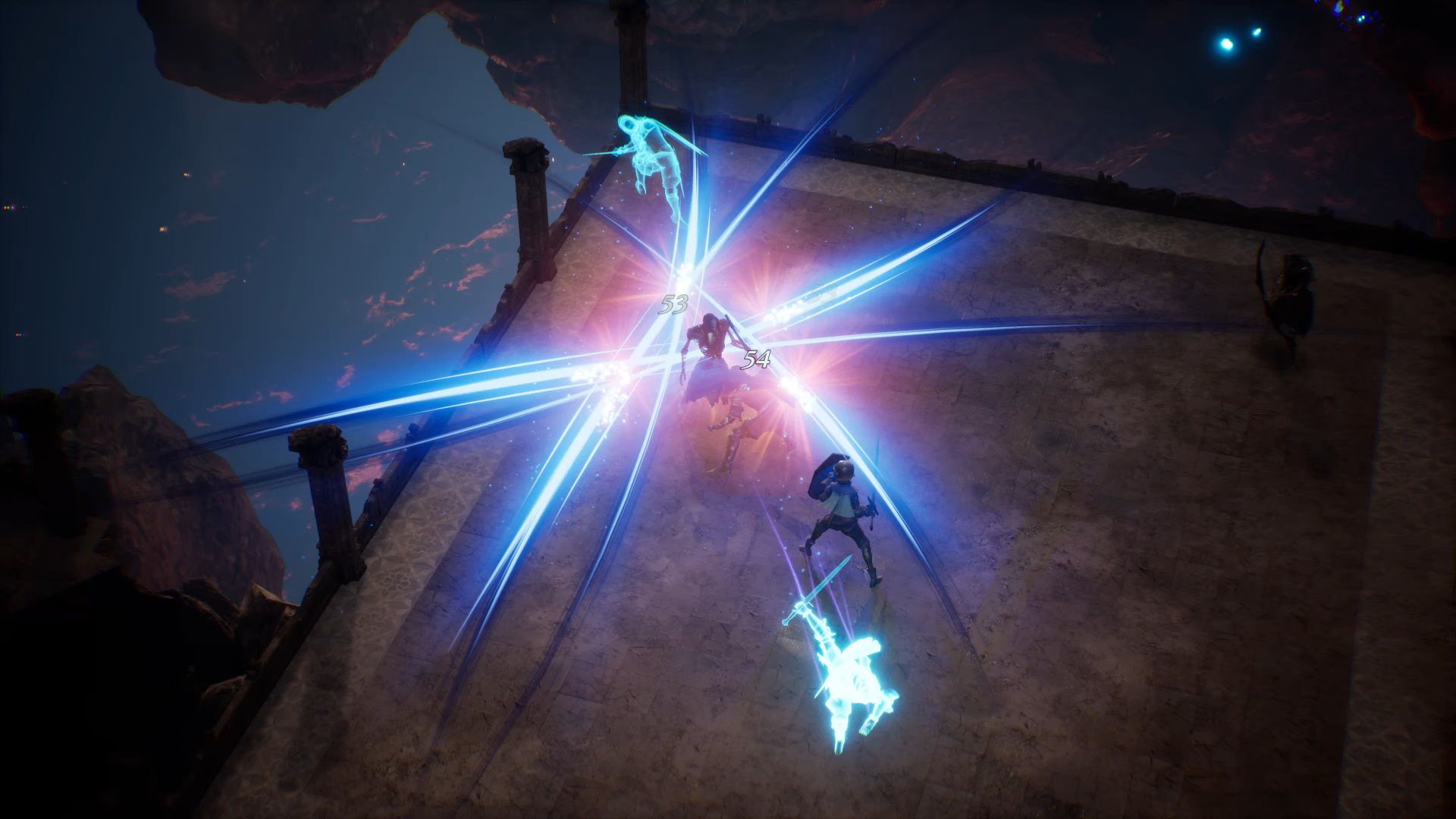 The DioField Chronicle is not Shining Force, Final Fantasy Tactics, or Fire Emblem. Who lands which attack, and who finished off an enemy, is all completely irrelevant. Each active party member is awarded the same amount of experience at the end of combat.

This is good news, as certain characters are more likely to land the final strike than others. Hell, Andrias starts the game with an attack called Assassination that has no cooldown if it is used to land the killing blow, so The DioField Chronicle itself is encouraging you to finish off enemies with particular characters.

When we say that "each active party member" gains the same amount of experience, we are not referring to secondary units. They will always gain a reduced amount of EXP. 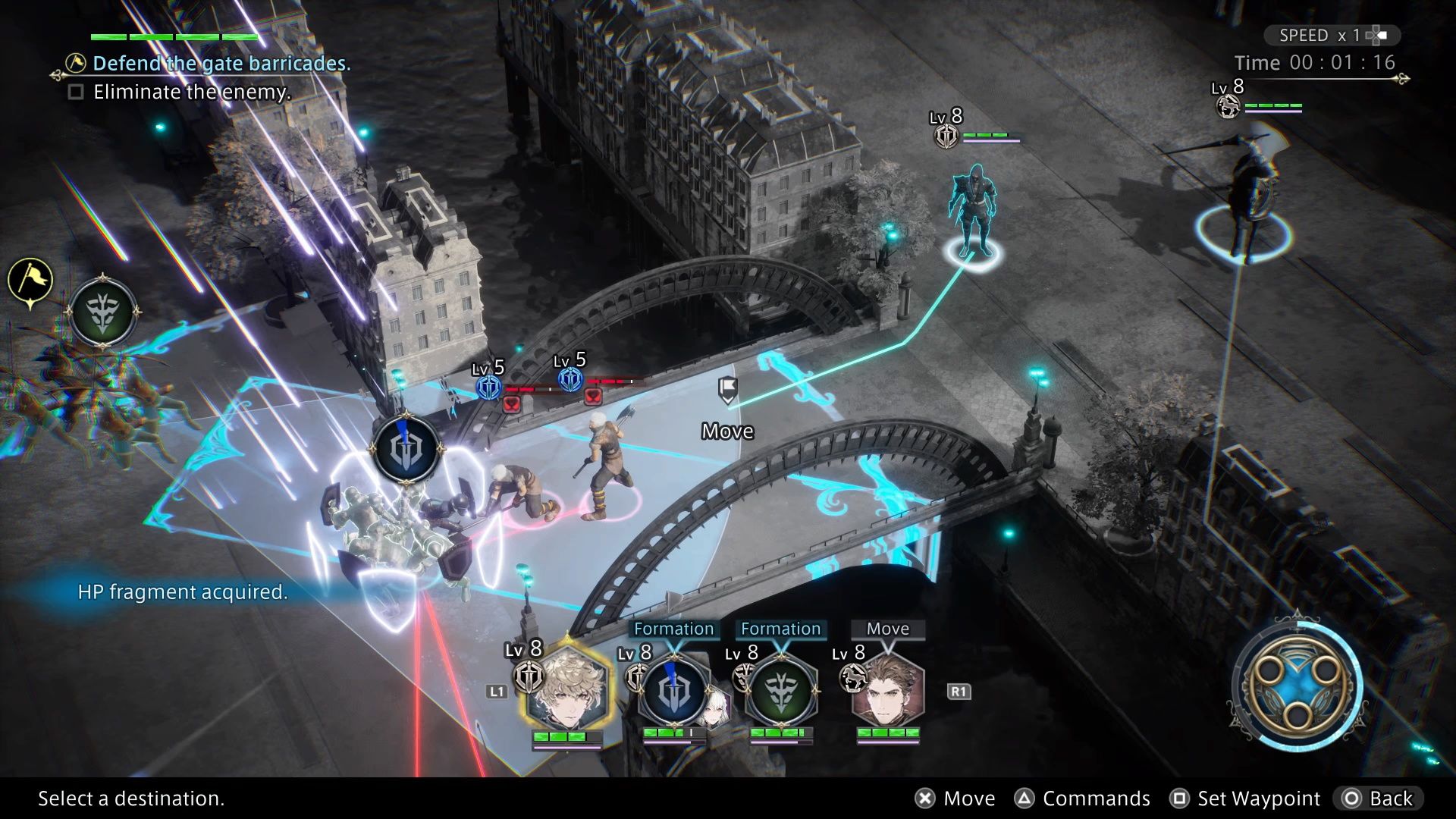 You may have already noticed this, but the maps in The DioField Chronicle nearly always have branching paths. This makes these maps ideal for conducting ambush attacks. Don't be afraid to divide your units into separate groups and circle them around the map. Naturally, your cavalier units are the best ones to have hook around. This will also be a golden opportunity to claim a treasure chest.

However, running around the map isn't always the best way of conducting one of these pincer-style attacks. Certain abilities will allow you to get creative. Sure the Leaping Attack is great for just dealing damage to groups of enemies, but you can also use it to hop over obstacles, creating shortcuts dynamically, so that you can get the jump (heh) on your opponent.

You can go to the objective screen to get an incredibly useful bird's eye view of the entire map. Use this to plot your next move!