Cyan, the developer behind the seminal adventure game Myst, announced earlier this week that the classic CD-ROM game's sequel, Riven, will soon get a from-the-ground-up modern remake. Myst has undergone the same process in recent years, as Cyan replaced point-and-click movement and pre-rendered environments with full-fledged 3D exploration. The game even came to VR.

So, it isn't all that surprising to see Riven getting the same treatment. Like the previous game, it enjoyed blockbuster sales and widespread appeal. Mia Farrow even gave it an endorsement a few years ago after giving a memorably non-sequitur plug for Myst. That populist appeal is how I came to play it as a little kid in the late '90s.

Riven is one of the first games I remember being captivated by. I may have played Super Mario Land 2: 6 Golden Coins and Adventure Island 2 on Game Boy, or Ristar on the Sega Genesis before I played Riven, but Riven was the first game I remember capturing my imagination. The flat worlds and simple objectives of 2D platformers didn't grab me in quite the same way. 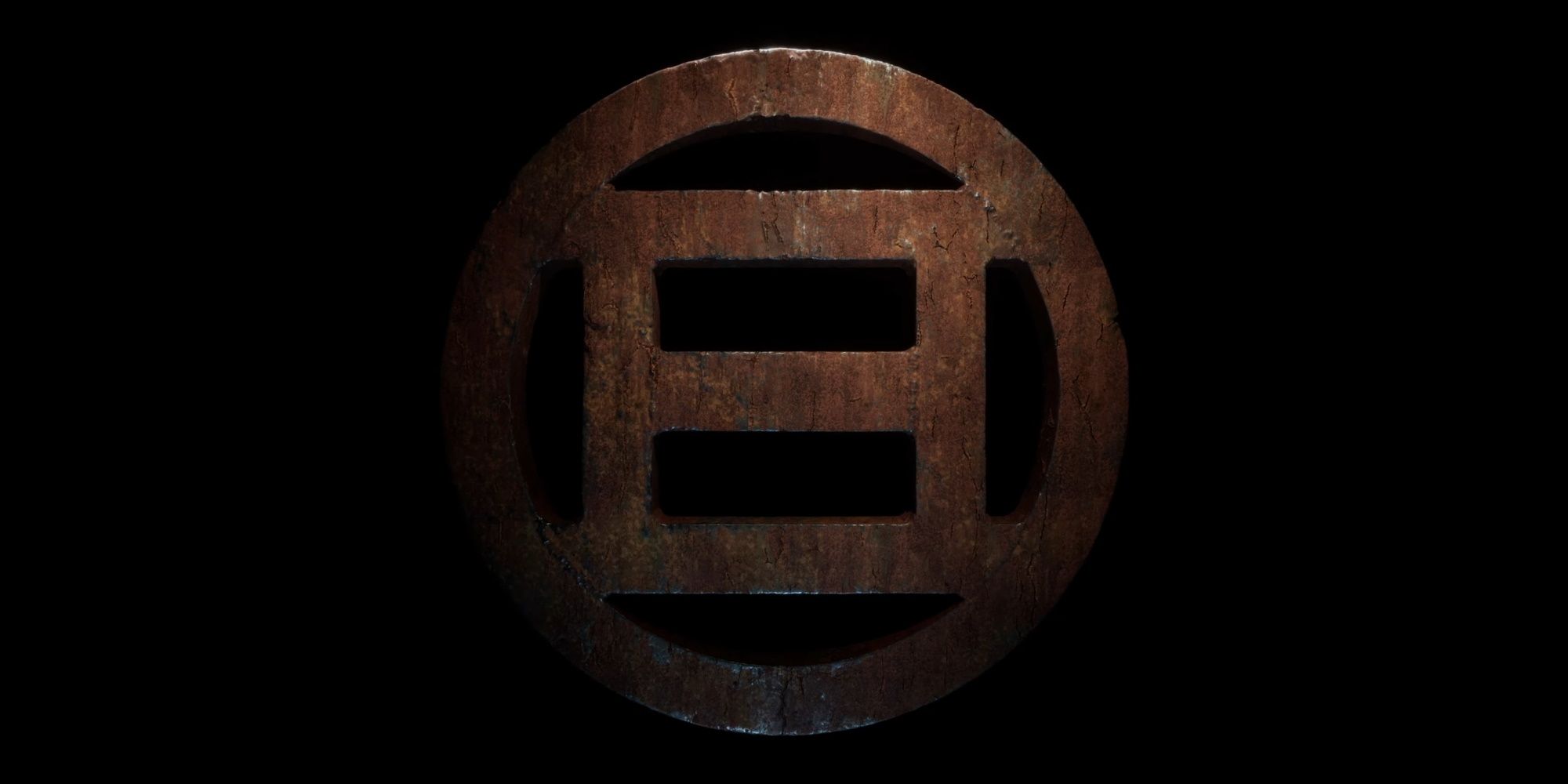 But Riven's world was, and still is, evocative. It was more realistic than any game (outside the realm of FMV) had ever looked at the time, but that photorealism wasn't used in the same way that photorealism is used today. Now, high graphical fidelity is typically used in service of cinematic stories, like The Last of Us Part 2 and God of War. Usually, the games are fairly linear, so that the graphical standard can be maintained across its entire runtime.

That wasn't Riven's approach. Cyan recreated the textures of reality to create a world that looked like nothing in the real world then let you wander around. I've been revisiting the game today, through YouTube walkthroughs, and the world it presents is extraordinary. There are buildings that look like they have been carved out of rock, spherical, perched on stilts over an abyss below. There are strange metal objects, including one that looks like a telescope pointed down at a hatch in the ground. There's the memorable cover art that shows a golf ball-like rock structure, lit with an amber glow from within. There are massive jagged crystals flanking a metal walkway, with a mansion hidden behind.

My experience was mostly mediated through my dad, who controlled the game as I sat in a hardback chair next to him in front of the family computer in our kitchen. Riven was just one of several games that we played this way. There were also Syberia, Syberia 2, and Riddle of the Sphinx: An Egyptian Adventure. A late Zork game was also contained in our heaving binder of CDs, but we never played that one. My dad picked up plenty of games like this at our local Walmart, where they had a rack of cheap PC games that promised this kind of slow-paced adventure. 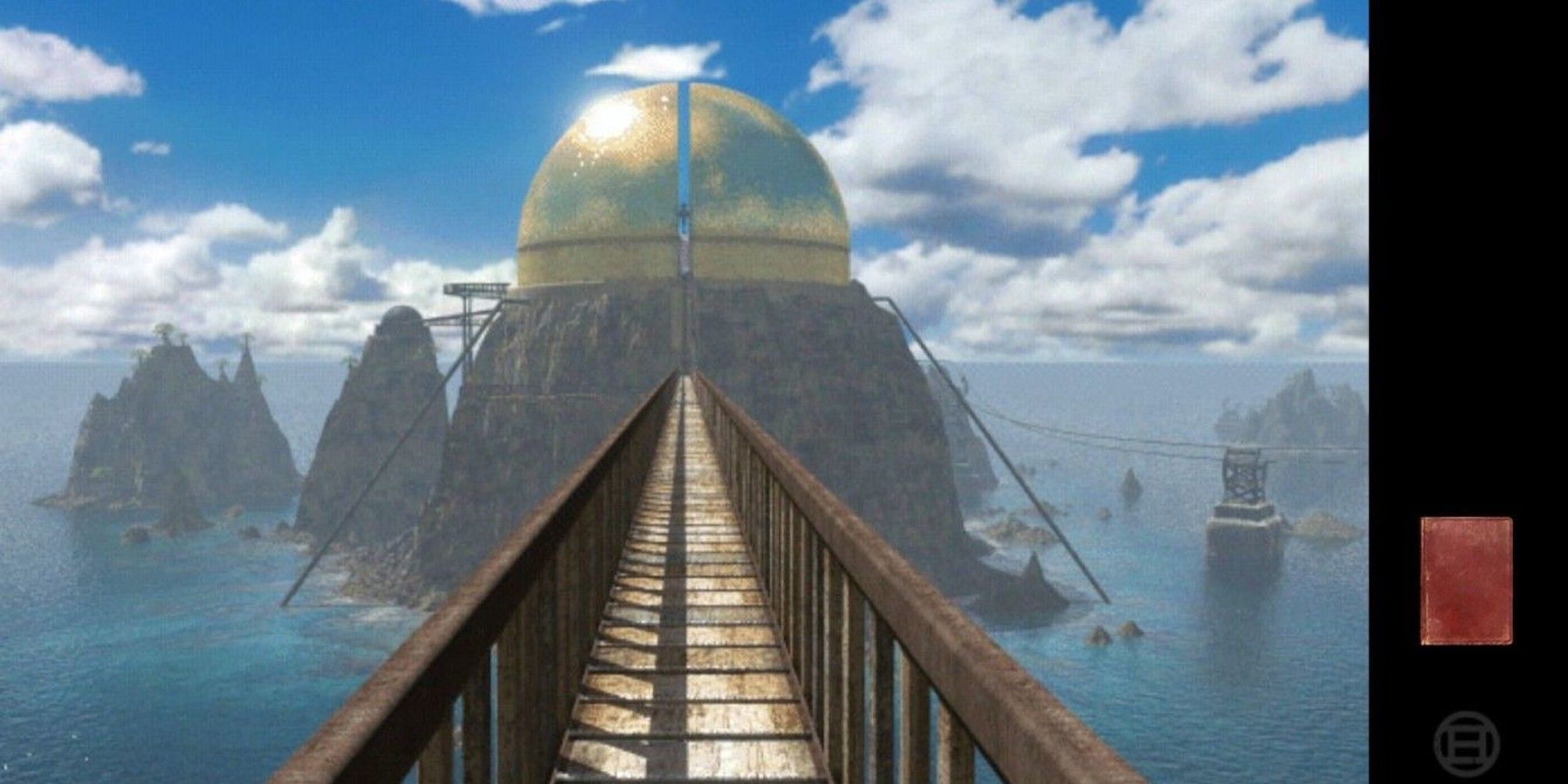 This is still his favorite kind of game, the kind that looks impressive, but requires no twitch-based skills or combat mastery to be able to complete. He's played all The Room games on his iPad, and will try any puzzle-adventure game he can get his hands on. He'll also watch me play the Uncharted games or Horizon Zero Dawn or God of War, but he has no interest in playing them himself. He liked What Remains of Edith Finch, too, but he had some difficulty controlling the cannery section (which is understandable).

Since Riven first launched in 1997, our dynamic has swapped. Then, he played the games and I watched. Now, I play the games and he watches. We'll see what happens when we get our hands on the remake.