Being stranded is bad enough, but being stranded in an isolated place with unnatural horrors lurking in the dark is just too much. Yet, this is the plot of The Forest, which has you playing as Eric LeBlanc, the survivor of a plane crash that has landed you in a deeply wooded region.

On top of that, your child Timmy has been abducted by one of the humanoid inhabitants of the forest, and it's up to you to save him. Cut off from the outside world, you'll need to be resourceful in order to stay alive and find ways to defend yourself, such as the Modern Bow.

What Is The Modern Bow? 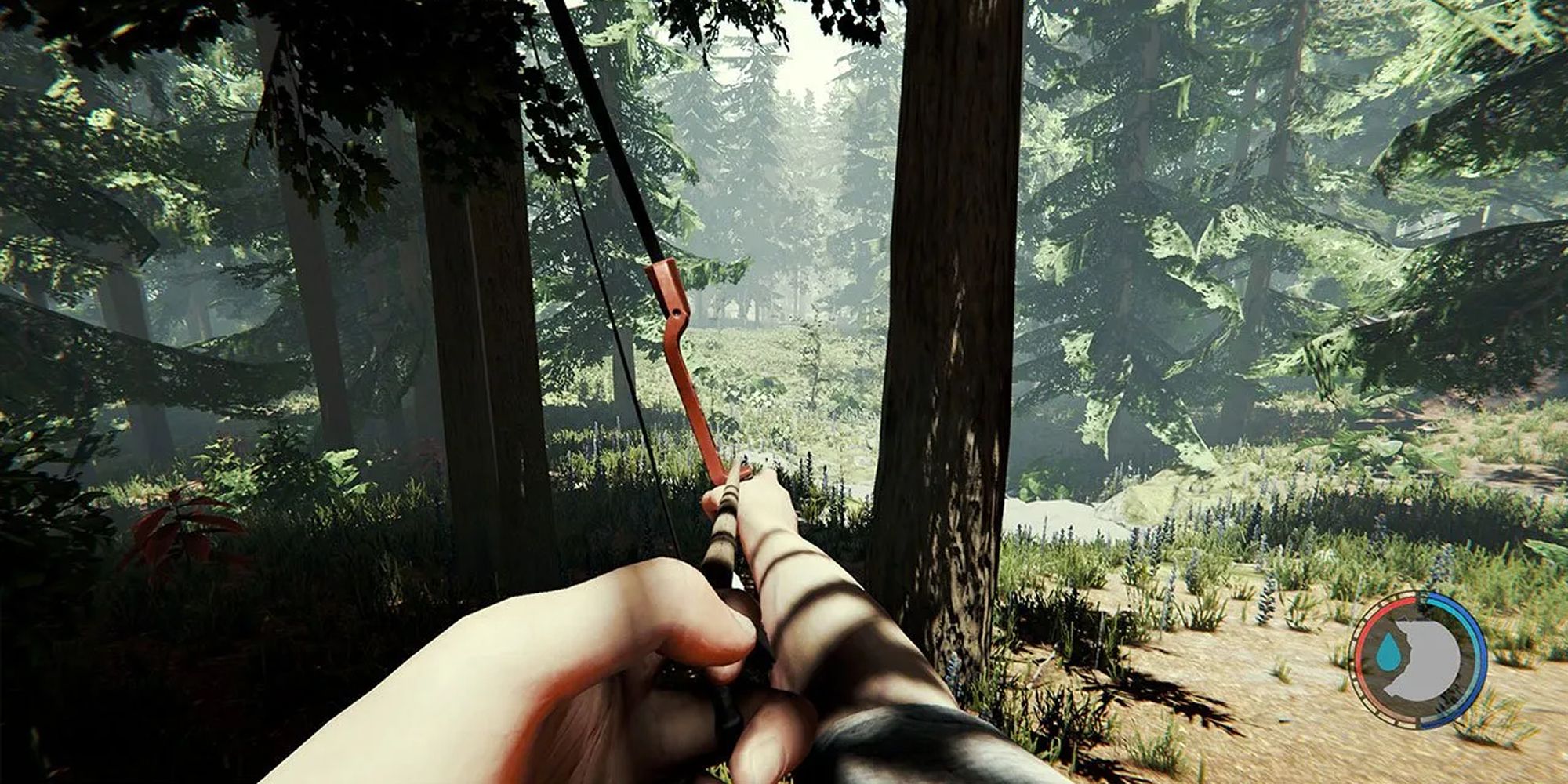 While you'll spend your first days in the forest getting your bearings and trying to find shelter, you'll learn quickly that you're not alone in the region. There's of course the usual wildlife that can pose a threat to your well-being, but they're nowhere near the worst things out there. Unfortunately, you share the forest with groups of cannibals and mutants that want nothing more than to eat you. That's why you'll want to get your hand on a weapon as soon as possible.

Any weapon you find or craft will fall into one of three categories with the Modern Bow being a ranged option. Although the Crafted Bow can be made quickly, it doesn't hold a candle to its modern counterpart. The Modern Bow is one of the more versatile and efficient weapons in the game due to being able to use a wide variety of arrows. It's a superior bow in every way but suffers in terms of speed and arrow recovery due to the impact of its shots. Still, it can be upgraded for cave and nighttime use by attaching a Flashlight to it. The bad news is that its biggest drawback means that it can't be crafted, only found.

Where To Find The Modern Bow 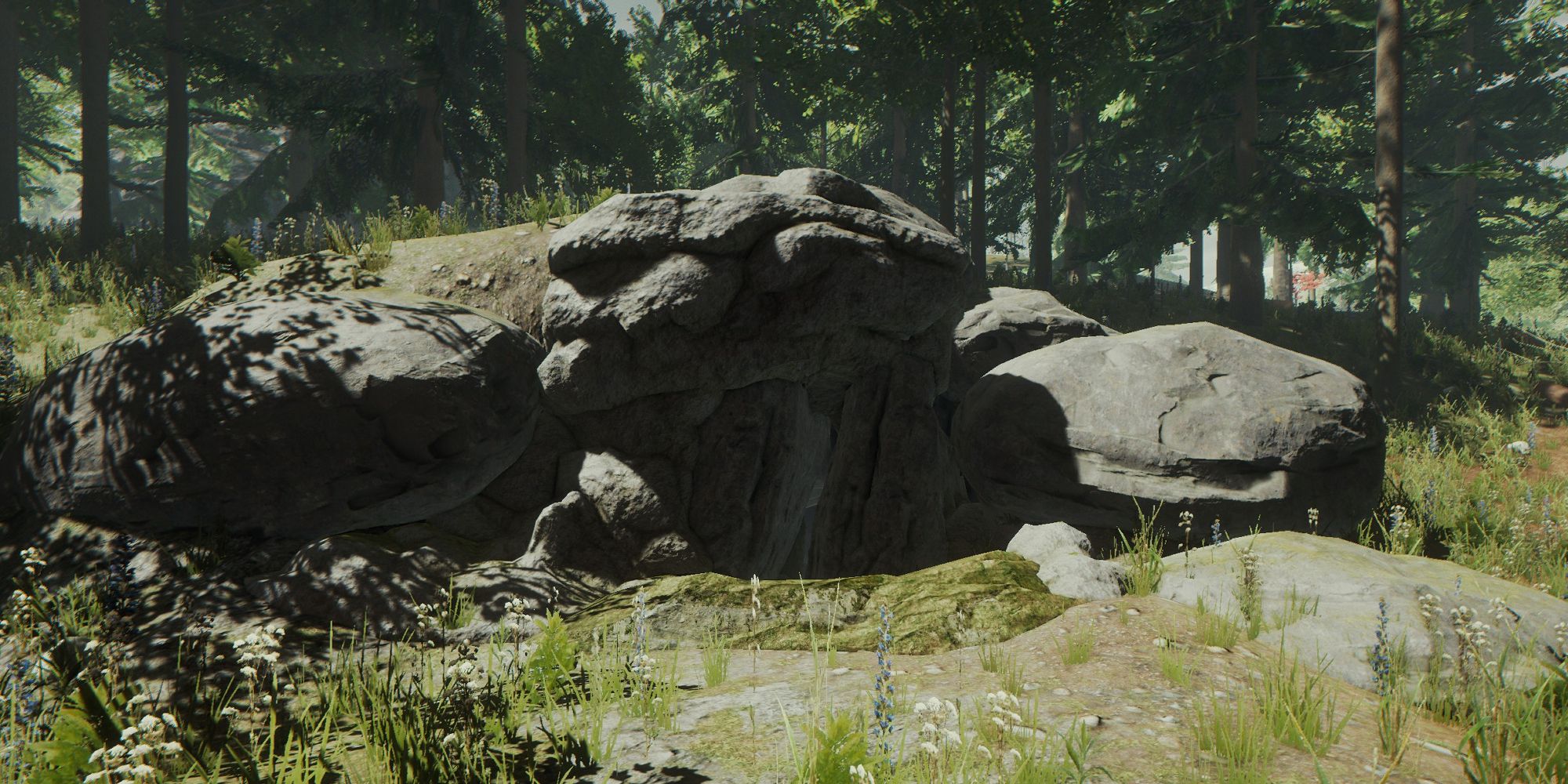 In order to get this weapon, you'll need to prepare and go spelunking. The bow is located deep in the bowels of Cave 7, also known as the Chasm Cave. You'll be able to access this cave after crossing the land bridge leading north into the mountains. You're going to need to do a lot of swimming and climbing so make sure you bring a Climbing Axe and a Rebreather. Be warned that this cave is full of mutants and cannibals so be prepared to run.

When you enter, you'll want to continue straight until you reach a huge cave. There will be a waterfall on the right, so jump to the lower level and go to the path on the left. From there, you'll want to keep going and dropping lower and going forward by following the yellow ropes. Keep doing this, and you'll eventually end up in a wide-open cavern with mutants and water on the ground. Head towards the back and then go to the body of water on the right.

Equip the Rebreather and dive into the water. Swim down slightly but continue in a straight line through the underwater tunnel. Keep looking up, and you'll soon see an opening in the ceiling. Swim and climb out to reach an area with the remains of a campsite nearby. There will be stacks of crates next to it with the Modern Bow lying on top of one of the smaller ones.