Compared to other bosses in the series, although Otoma=Raga looks intimidating, she feels pretty balanced. Don't get it twisted, your first few matches with her will be rough. However, once you understand her abilities, strengths, and weaknesses, you'll find that defeating Otoma=Raga is well within your grasp.

This guide is based on the Level 3 AI of Otoma=Raga. We cannot guarantee that you can defeat higher-difficulty Otoma=Ragas with nearly as much ease. 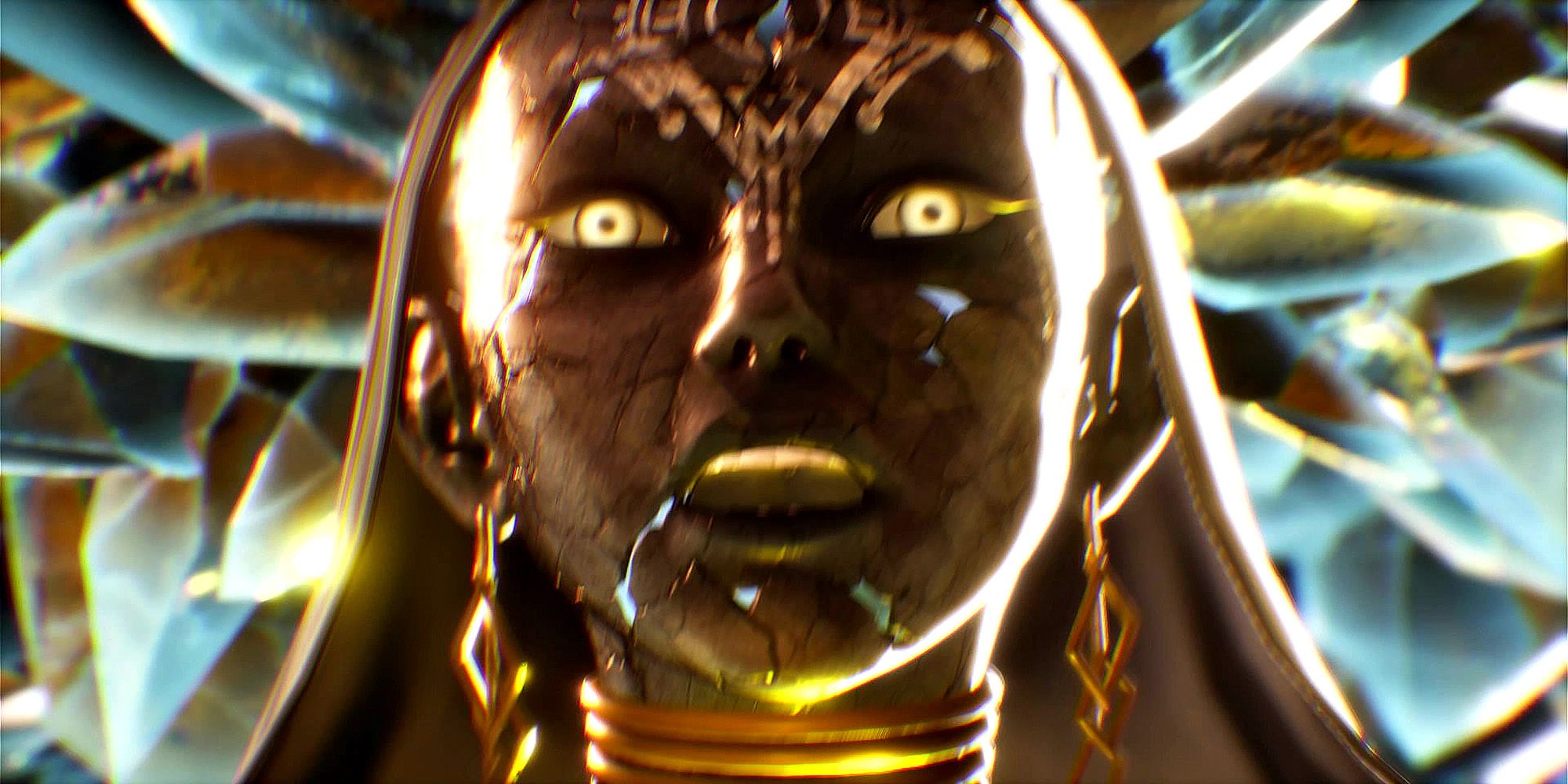 Otoma=Raga is the Goddess of Truth And Order. The souls that Verse and ReVerse feed on open a portal that allows Otoma=Raga to escape her dimensional prison. Once unleashed, her goal is to destroy humanity so that she can recreate the world anew.

When you think about it, Otoma=Raga is your classic merciless god driven by an unreasonable sense of equilibrium archetype.

What Abilities Should You Look Out For When Fighting Otoma=Raga? 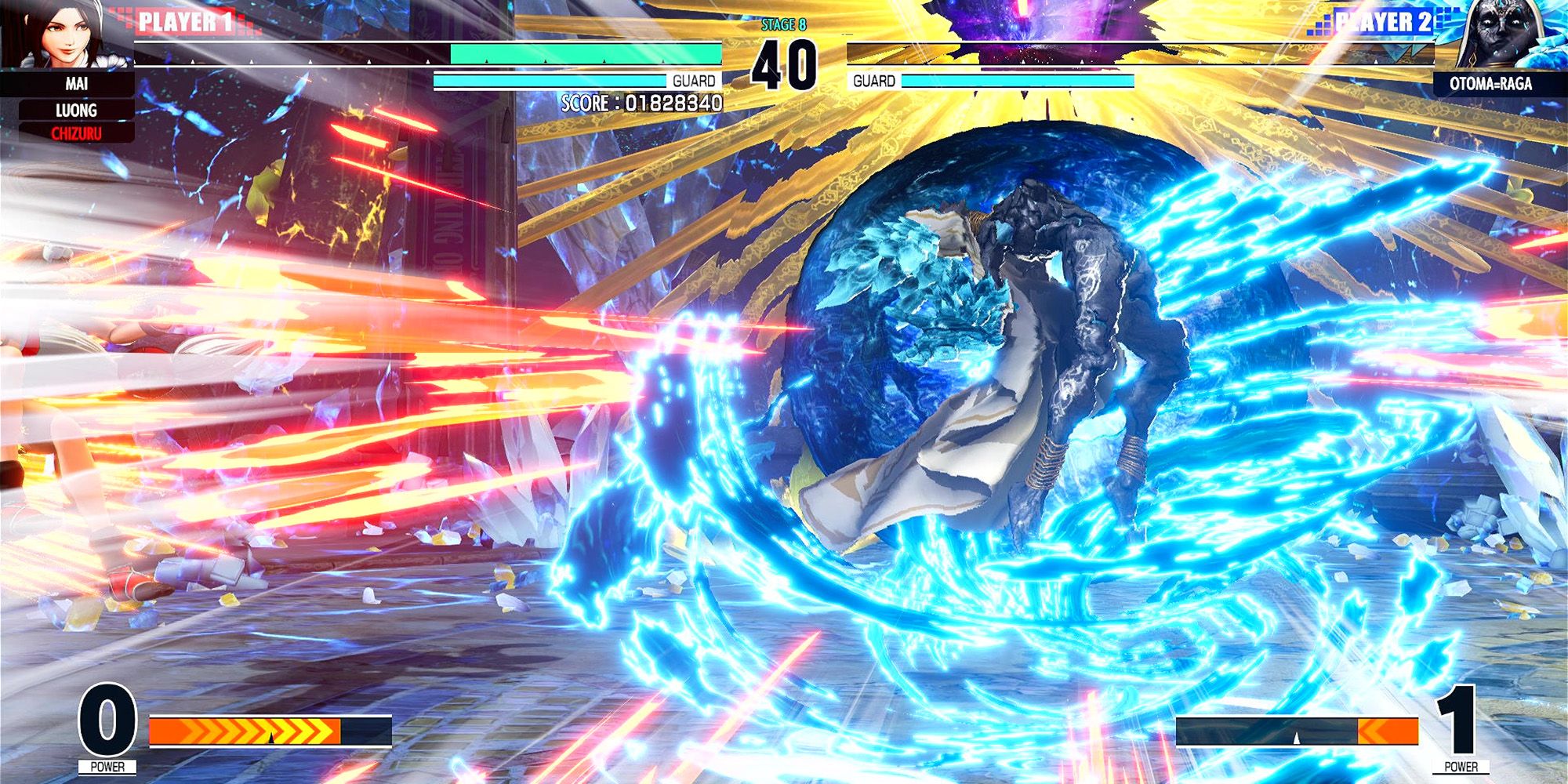 Otoma=Raga's godly abilities can make her a formidable opponent, mainly when you haven't fought her before. Here are a few of the skills you should keep in mind.

First, Otoma=Raga uses crystals from her body to attack foes and alter the landscape. These crystals give her plenty of range. For example, one of her attacks launches her crystals across the screen. Furthermore, she can also use the same crystals to launch wave projectiles. In short, the biggest obstacle you'll face from Otoma=Raga is her substantial reach and zoning skills.

Furthermore, like any fighting game boss, Otoma=Raga takes less damage than she deals. Therefore, it will take more attack power on your part to take her down. In turn, if you get caught in one of her Super Special moves, you're in for a world of hurt.

Another skill to stay mindful of is Otoma=Raga's teleportation. This teleporting can make you vulnerable to her cross-up attacks. So if you see her begin to teleport, you'll want to stay on your guard instead of rushing to attack. Otherwise, you'll get punished from behind.

Lastly, Otoma=Raga resurrects herself after her first KO. Upon depleting her life bar, she'll transform into a devastating shade of red and knock you back. In this state, her damage tolerance and attack power increase. Therefore, you'll want to stay in a crouching guard when she first transforms. Neglecting to do so could leave you open to a powerful strike from the deity. 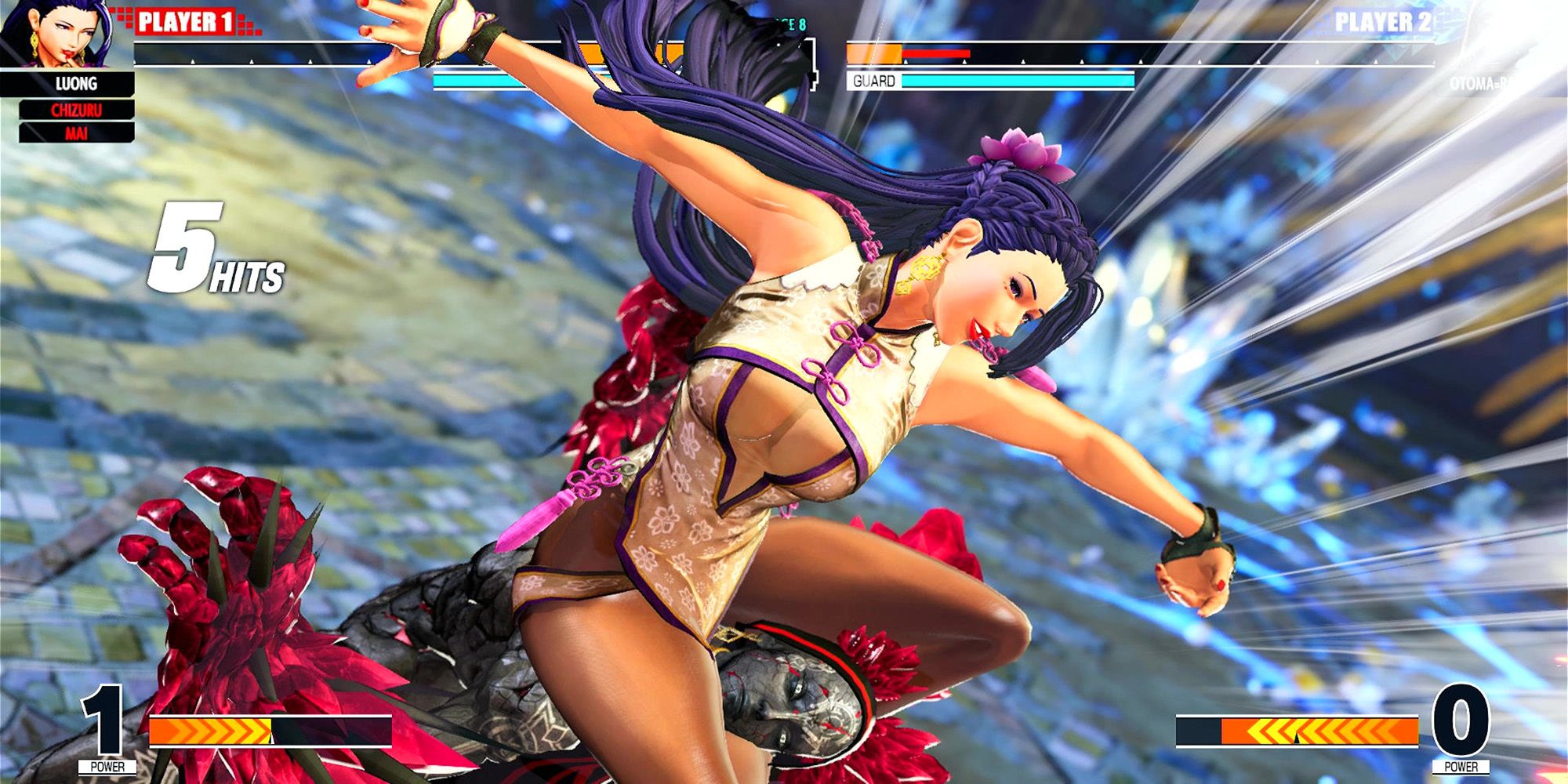 Otoma=Raga has a few weaknesses that you can exploit in battle. First, while she can teleport herself, her movement is relatively slow to average. Furthermore, she does not have the same immunities as other fighting game bosses.

In turn, Otoma=Raga's lack of immunity makes her a much more approachable boss. Unlike SNK's last boss, Samurai Shodown's Shizuka, Otoma=Raga is vulnerable to throws and Super Special moves, like any other character in the game. This weakness gives you plenty of tools to use against her.

How Should You Fight Otoma=Raga? 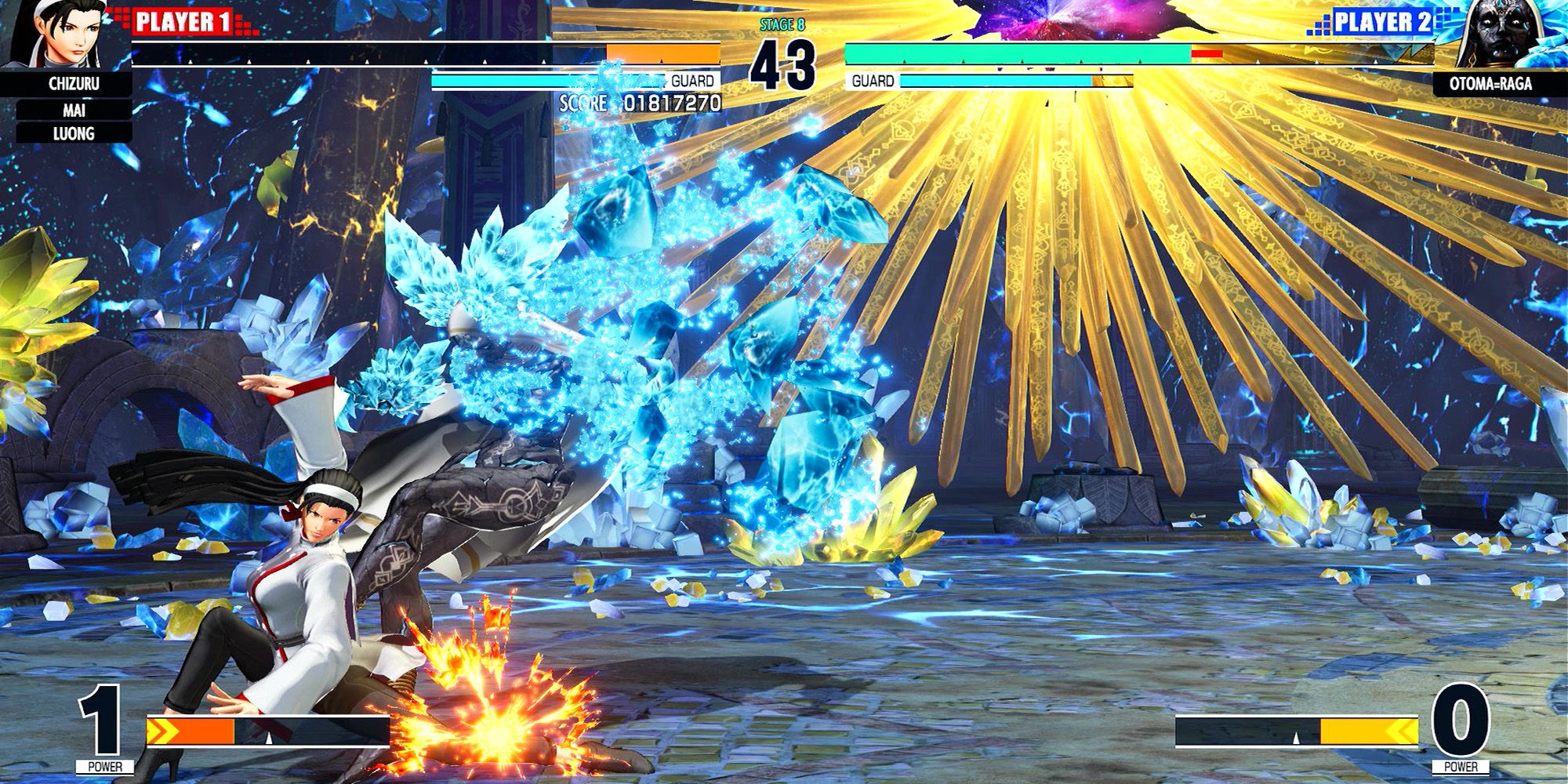 When it comes to fighting Otoma=Raga, up close and personal is the best way to go. She has too much range to get away with poking from a distance or relying on projectiles. Furthermore, while overhead attacks can help you close distance and mix up Otoma=Raga, we advise you use them with caution since she has a lot of effective anti-air attacks.

In short, staying low makes much more sense. That's because Otoma=Raga doesn't seem to have much cover from downward attacks. Yes, her crystals can protect her whole body. However, she rarely, if ever, crouches (or if she has, we haven't seen it).

Therefore, you can easily apply pressure and damage by spamming low-sweeping heavy kicks. Then, once you have enough power gauge blocks stored, try to break in a rush combo. Doing so can give you significant leaps in progress towards a rather powerful enemy.

If you whiff an attack, try your best to guard as quickly as possible. There's a good chance Otoma=Raga will take advantage of these moments to punish your mistake. Furthermore, defense is essential on your part because you'll have to pace your team, so they last into Otama=Raga's transformation stage. If possible, try to get that first KO with your second teammate still standing.

And lastly, if all else fails, take advantage of your Continue handicaps. Life's too short for rematching an SNK boss over and over again until you inadvertently rage quit.