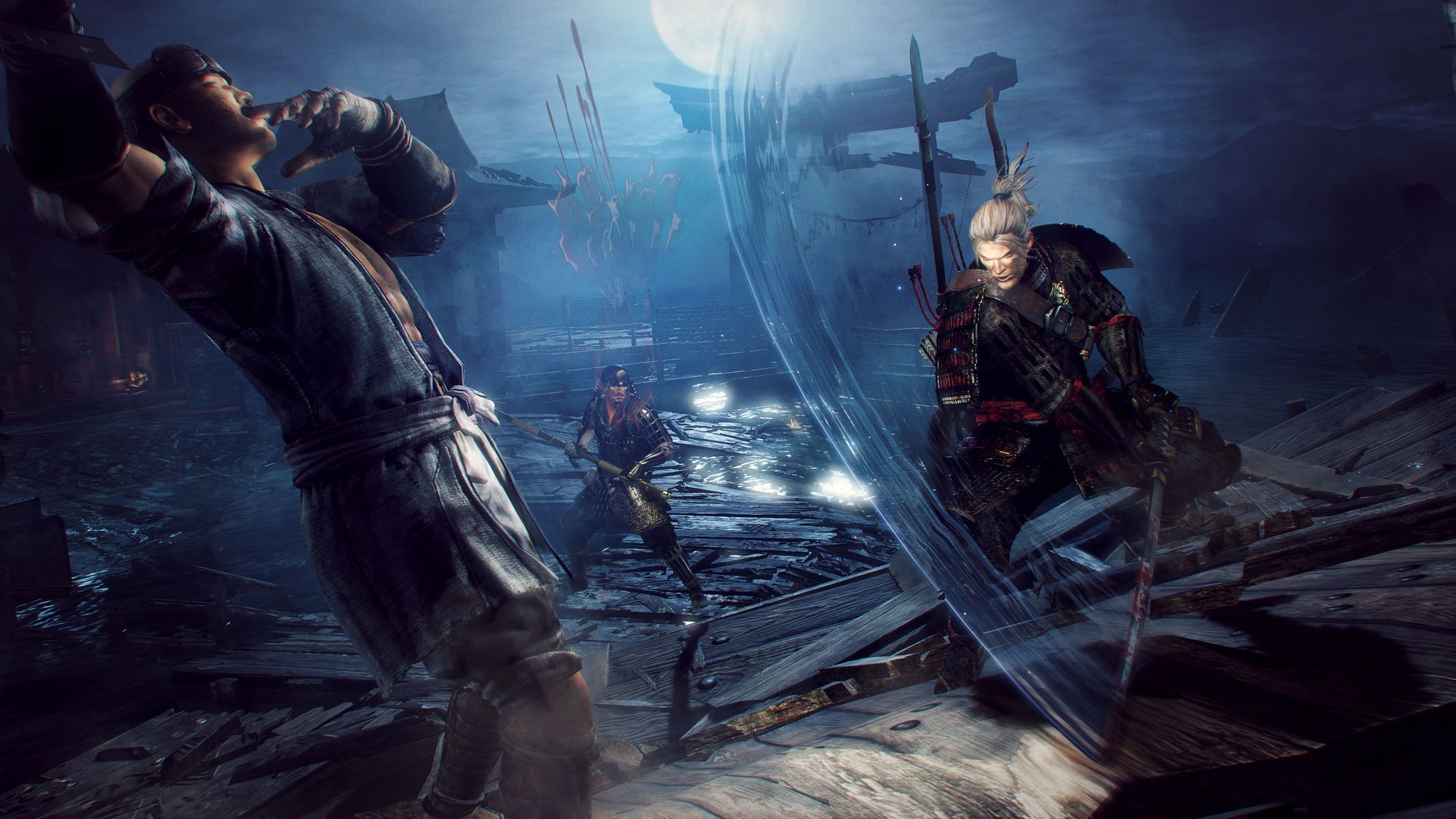 The unsung heroes of the PS4’s exclusive line-up are remastered for the PS5 but what changes are there for the next gen?

Usually when you start talking about a system’s hidden gems you end up discussing obscure indie titles that largely escaped the reviewing process. But two of the best games nobody ever seems to have heard of on the PlayStation 4 are exclusive titles published by Sony themselves. The simplest way to describe Nioh and Nioh 2 is as Team Ninja’s attempt at a Dark Souls style action role-player but while they do have much in common with FromSoftware’s classics they’re not clones and in terms of combat they’re arguably better.

Perhaps if they’d known what a success Ghost Of Tsushima would prove to be Sony would’ve promoted Nioh with more enthusiasm but while the two games are made by a Japanese developer, and feature some real historical figures, the story of Nioh is pure fantasy. The name refers to two Buddhist manifestations, which isn’t really relevant to the story but was probably kept because the first game was based on an unfinished film script by revered film director Akira Kurosawa.

We assume his version of the story was a more authentic retelling of the life of English sailor William Adams, who in the game is portrayed as Irish and roped in to help 17th century Japan rid itself of a demon invasion. Even if it wasn’t complete nonsense the game’s story is told in such a fractured and confusing manner it’s impossible to follow or care about, but thankfully that’s no deterrent to enjoying the action.

Despite what we’ve just said, the first Nioh really does seem like just another Dark Souls clone at first, as you make use of light and heavy attacks and cautiously block and dodge while watching your stamina gauge. But no doubt influenced by Team Ninja’s work on the Dead Or Alive and Ninja Gaiden franchises, Nioh has a considerably more complex combat system than it first seems, complete with combos and multiple stances for each different weapon.

The basics are just as easy to pick up as a FromSoftware title but there’s much more nuance and depth to the combat in Nioh. It’s a balancing act though, as at the same time the level design in the first Nioh is far less interesting and there’s an awful lot of padding, with many minor missions that are almost indistinguishable from each other. Which is odd because the game is not a short one by any measure and that’s before you take the DLC into consideration.

The sequel (actually prequel) is not markedly different but has the neat gimmick of casting you as a character who’s half yōkai and who can transform into animals and wield their various themed magical abilities. These powers can be extremely powerful but they use up anima, which is needed to defend against the new burst attacks that most enemies are able to perform.

Things are more involved than that sounds though, given there are three different types of burst counter and you have to learn which is appropriate against which attack. This is in turn is made more difficult by the fact that there’s a much wider range of enemies in the second game, although together with the more inspired level design that’s definitely a good thing and makes Nioh 2 a definite improvement despite the core similarities.

The Nioh Collection includes the Complete Editions of both games and you can read our original review of the first Nioh here and Nioh 2 here. No new content has been created for the PlayStation 5 versions but you do get all the DLC, which is a substantial amount. (The two Complete Editions are also available separately on PC but for some reason this bundle is not.)

At £70 The Nioh Collection is not cheap and while the amount of content cannot be criticised, the remastered PlayStation 5 versions haven’t really changed much at all. They are described as remasters but the difference between them and just playing the originals using backwards compatibility on a PlayStation 5 is minimal, which means you might as well just pick up the original PlayStation 4 versions for considerably cheaper.

The originals already had an unusually wide range of graphical modes, including an unlocked frame rate one called Movie Mode. Play this on PlayStation 5 and you get, more or less, 60fps and 4K without any need for a remaster.

The PlayStation 5 versions have three modes that offer native 4K, 120fps, or a ‘standard’ mode that adds unspecified visual effects (you can notice that reflections and shadows are definitely better) but seems to run at only 1080p. 120fps is good in theory but not only does it require a high-end TV or monitor it’s not very stable, despite the resolution being pared back to compensate.

The remaster does take advantage of the DualSense but the adaptive triggers and rumble effects are used only in a fairly limited way. Even the much faster loading times are replicated, almost identically, by just playing the original version via backwards compatibility.

With Team Ninja apparently having no plans for a third game Nioh seems destined to be underappreciated in its lifetime. This is technically the definitive edition of both games but the difference is so mild it really doesn’t matter, the only important thing is that, somehow, you get to experience two of the best action games of the last generation.

In Short: Barely changed from the original PS4 versions but that doesn’t change the fact that these are two of the best Dark Souls inspired action role-players of the previous generation.

Pros: Excellent combat system in both games, with a wide range of weapons and the yōkai of the second game offering an even deeper range of options. Excellent boss battles, great art design and music.

Cons: Both games suffer from the same flaws, with a nonsensical and incoherent plot, unnecessary padding, and generally uninteresting loot.