The Sims has been leaning into magical abilities since the very first installment of the game, with the most current version featuring a host of non-human options. The most recent addition to this cast of whimsical characters has come in the Werewolves game pack, released in June 2022. As always, it features new Sims that populate Moonwood Mill, the wolf-heavy world included in the pack, and perhaps chief among them is Greg.

If you’ve been messing with the pack's new features, you’ve definitely come across him: he’s the furious werewolf on the outskirts of Moonwood Mill that everyone warns you about.

However, you suspect before long that there’s more to this lone wolf than meets the eye. Because the lore in this pack is both expansive and somewhat challenging to locate, we’ve compiled a list of a few things we learned about Greg as we ascended through our packs to become alphas.

10 He Had A Wife Named Avelina 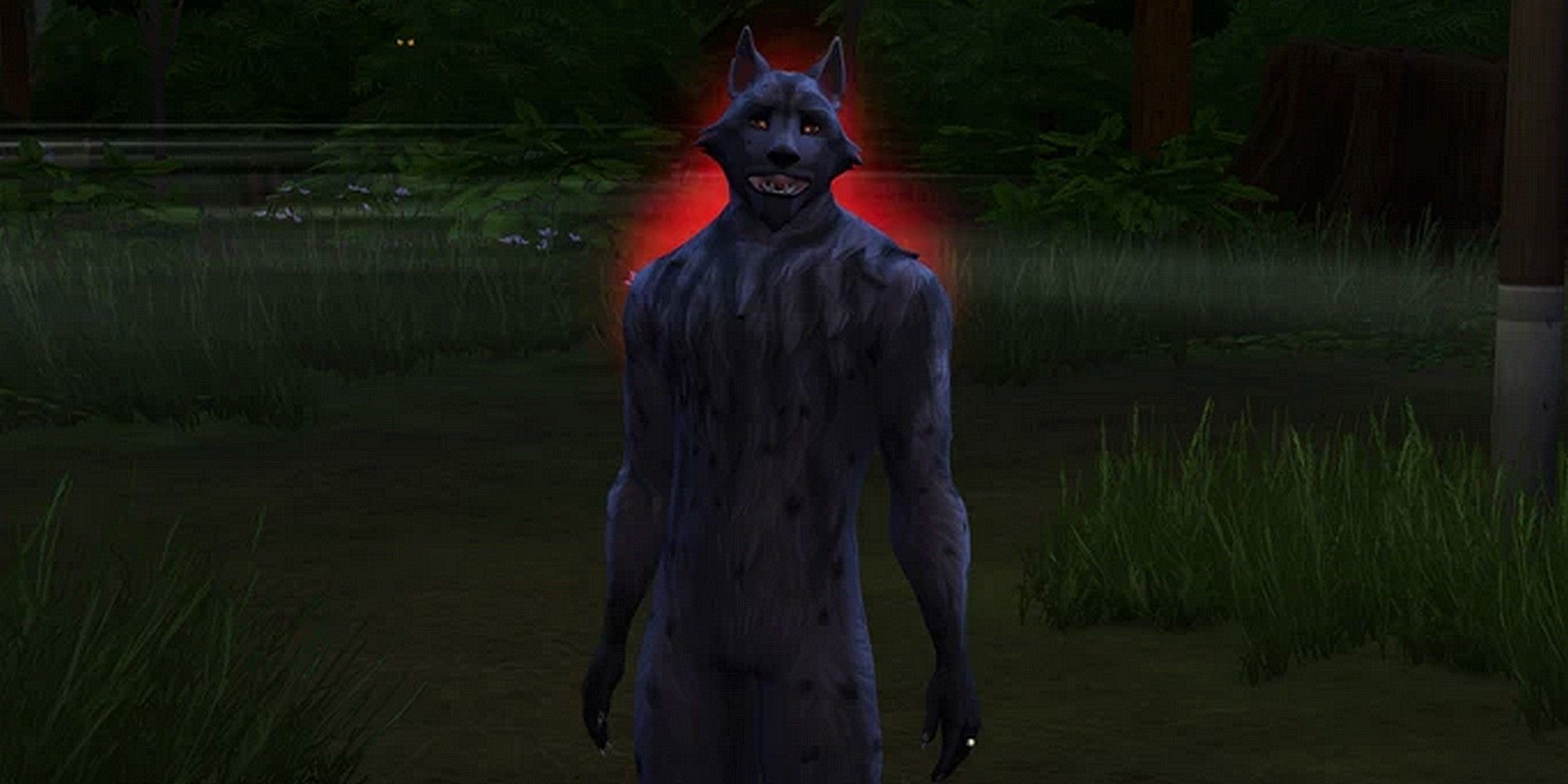 Greg’s name in his human life was Greggorius Lunvik, and he had a wife, Avelina, whose name you’ve definitely seen in the game. The new telescope with the pre-pack update is called Avelina’s Trusty Telescope, and you can even see on it where Greg broke one of the legs and repaired it. Just be careful, since her telescope can get you killed.

Avelina was Greg's fated mate and was a Mooncaster-turned-werewolf who used her enhanced abilities and scientific prowess to help establish the lunar cycle in the game. Additionally, per the product description for the telescope, she’s credited with being the first Sim to ever discover Sixam. A sad little detail is that he still, even as a werewolf, wears his wedding ring.

9 He Has A Human Form 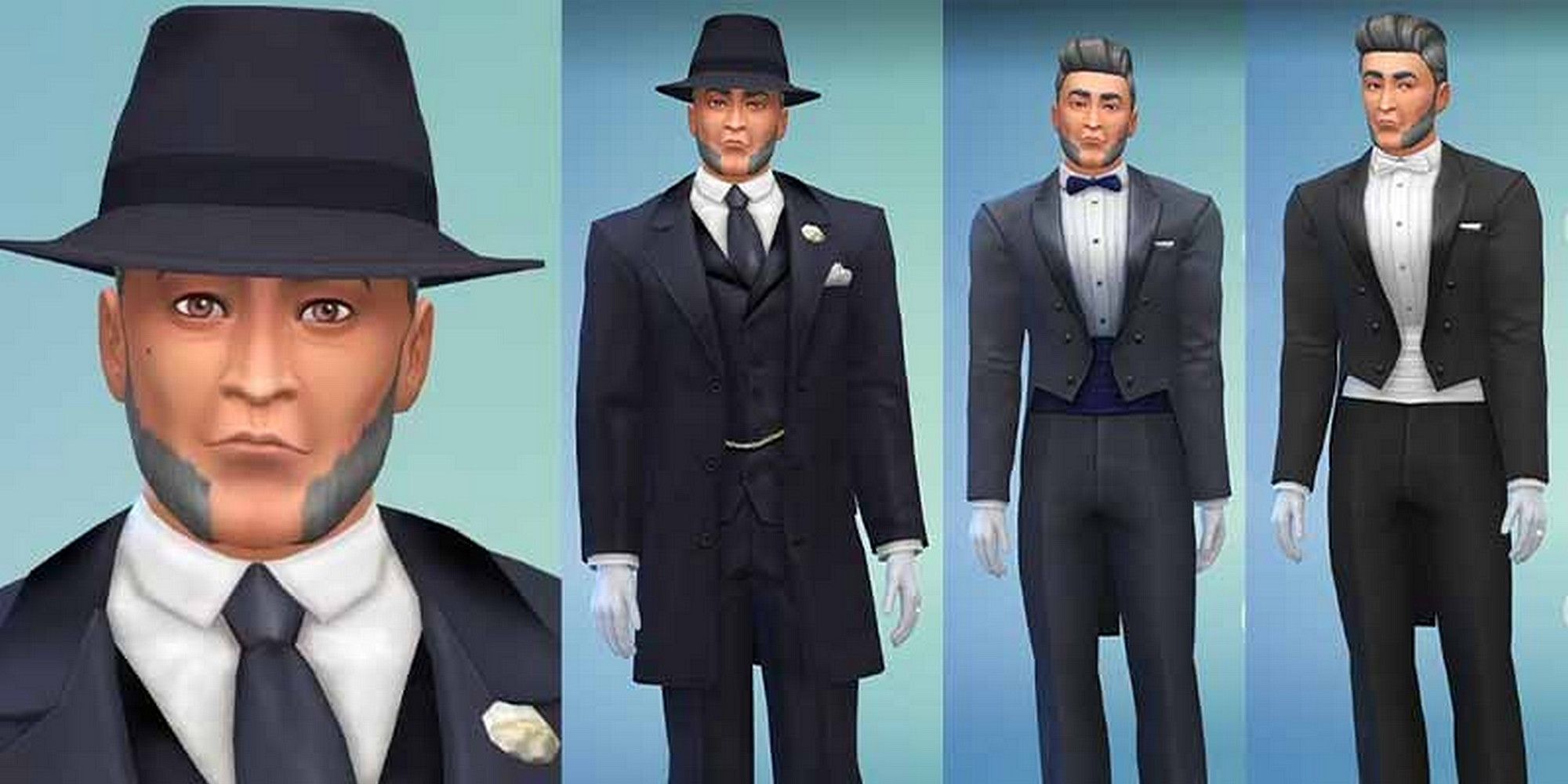 By cheating the game mechanics, you can load Greg into Create-a-Sim (CAS) to see what he looked like before becoming a wolf. And when he’s not fur-covered and on the warpath, he’s quite a dapper gentleman.

While in CAS, you can see his traits as well. He has the Mean, Loner, and Glutton traits, and he unlocked the Quick Learner one himself somewhere along the way. His aspiration is a nod back to his previous life as a Mooncaster and scholar: he has the Renaissance Sim aspiration. It’s quite an interesting look into the man he used to be.

8 As A Mooncaster, He Had A Familiar Named Brutus

If you have Realm of Magic installed, then you’re no stranger to the concept of familiars. These magical little creatures (who can sometimes be your own pet, if you’ve also got Cats and Dogs) help their equally charming Sim friend gain magical experience. They can also sometimes protect their masters from death.

Greg’s familiar was named Brutus, and he was known for having sharp claws, piercing fangs, and a fury like no other. His diary mentions that he saw Brutus more as a brother than a pet. Mooncasters adapted the energy of their Familiars when turning, so Greg, like Brutus, “developed an unusually high aptitude for pushing the limits of fury, and a knack for winning fights.”

7 Despite Similarities, He Is Not Lord Lycan From Spooky Stuff 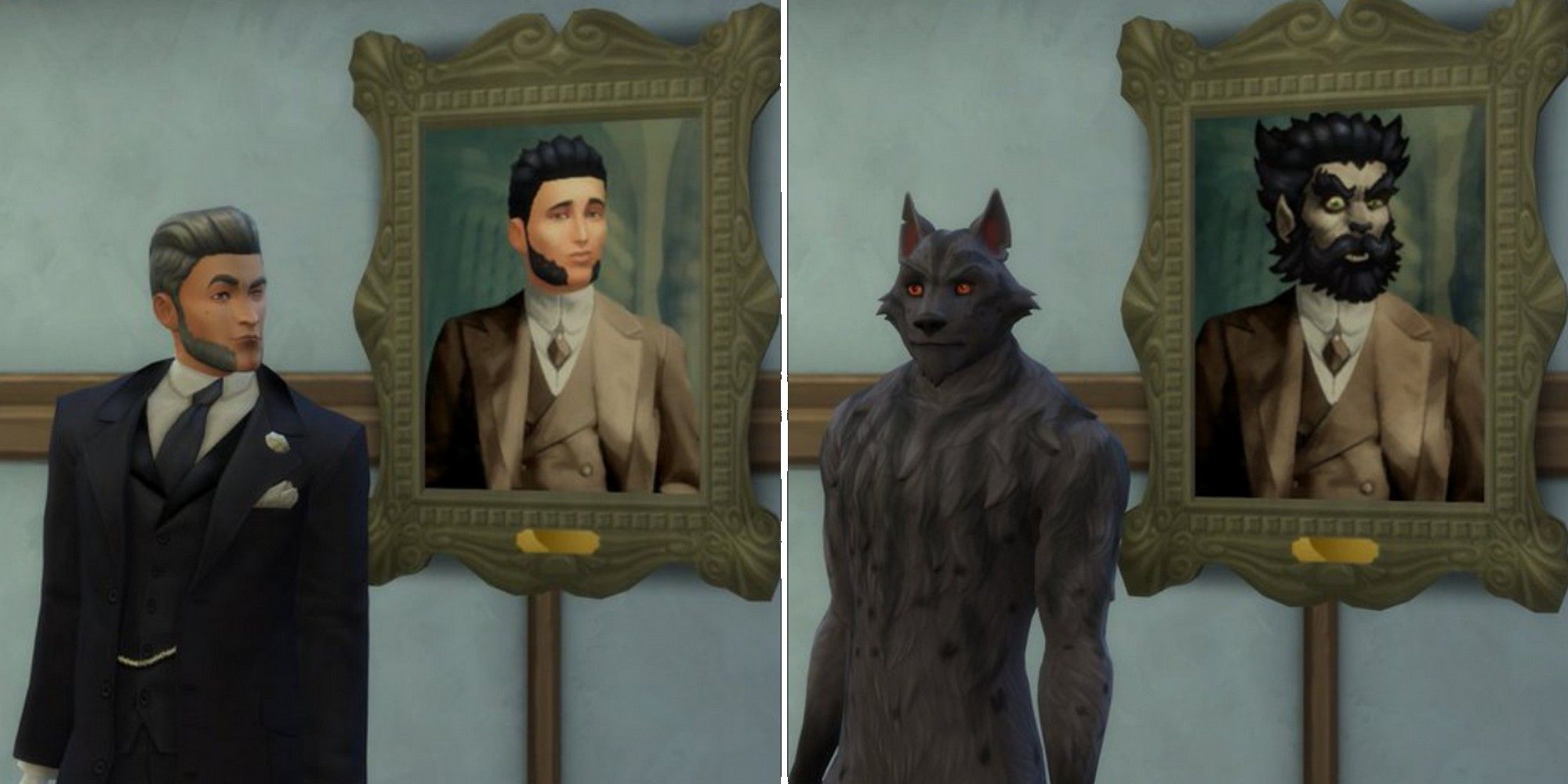 The Sims Team loves popping in on Simmers who are sharing the new packs with fans. In a Twitch stream from lilsimsie, a Sims content creator named Kayla who was one of the Game Changers who helped design lots for Snowy Escape, she was discussing commonalities between Greg and Lord Lycan. You can see the latter in “The Dashing Lord Lycan” painting of a humanoid werewolf that you get with Spooky Stuff.

The Guru that designed Greg was in lilsimsie's Twitch chat that night. They told the streamer that, while there is no established relationship between the two, they’re in full support of the notion that maybe Greg and Lord Lycan were cousins.

6 He Lost A Good Friend To The Moocasters 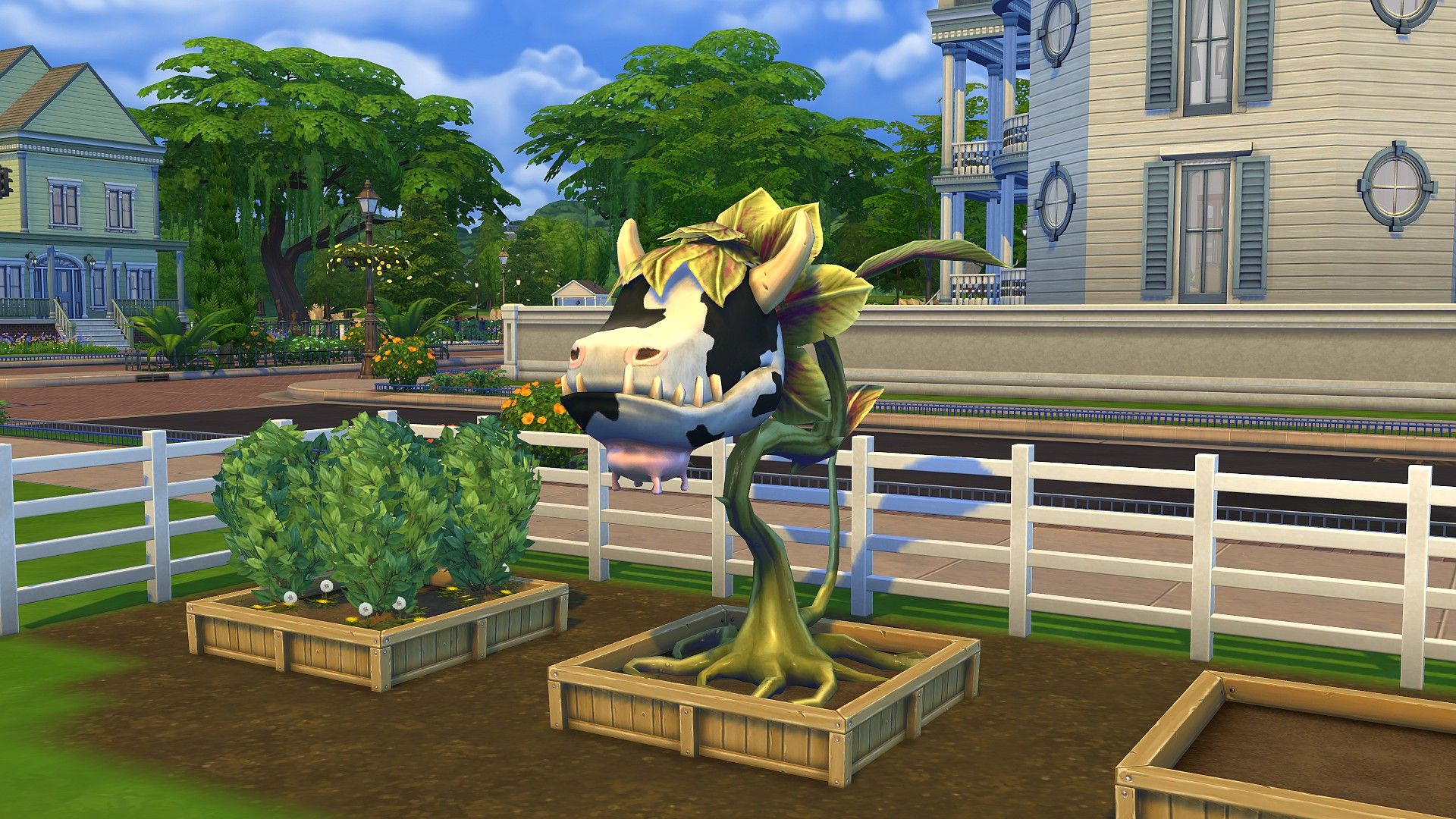 As part of diving into the werewolf lore, you’ll learn that Greg and his wife Avelina once had a very good friend, fellow Mooncaster Yina Kim. Greg refers to her in his diary entries as, “his closest confidant and most daring friend.”

Unfortunately for Mooncasters, a faction of them split off to become Moocasters instead, using their magical prowess to create battle-ready Cowplants, instead of becoming werewolves. Tragically, Yina lost her life to just such a Cowplant, leading to Greg viewing them with disdain. It affected him to the point that he ponders in the same entry whether werewolves are a bad magical advancement as well.

5 He Definitely Did Something About It 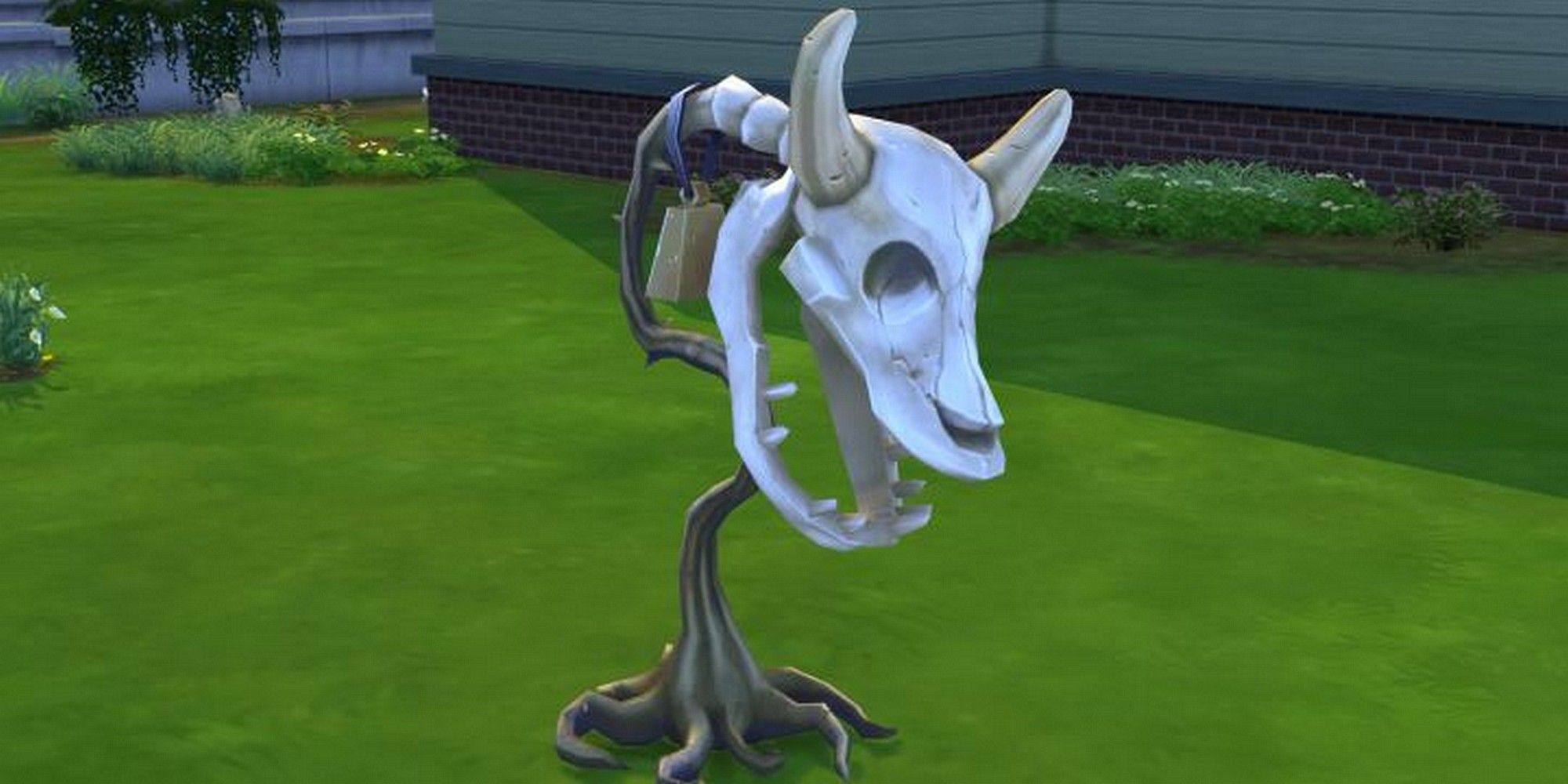 You can’t annoy a werewolf with an anger problem, and not expect some kind of revenge. Another artifact that your Sim can find around Moonwood Mill is called the “Tamed Cowplant Jawbone,” but in examining it, you see there’s more to it than meets the eye.

For starters, the artifact itself gives off Greg’s scent, and when your Sim looks at it closely, they can discover the words “avenge you” scratched into the bone. Many lives were lost, it seems, in the establishing of werewolf kind, but for Greg, this one was personal. 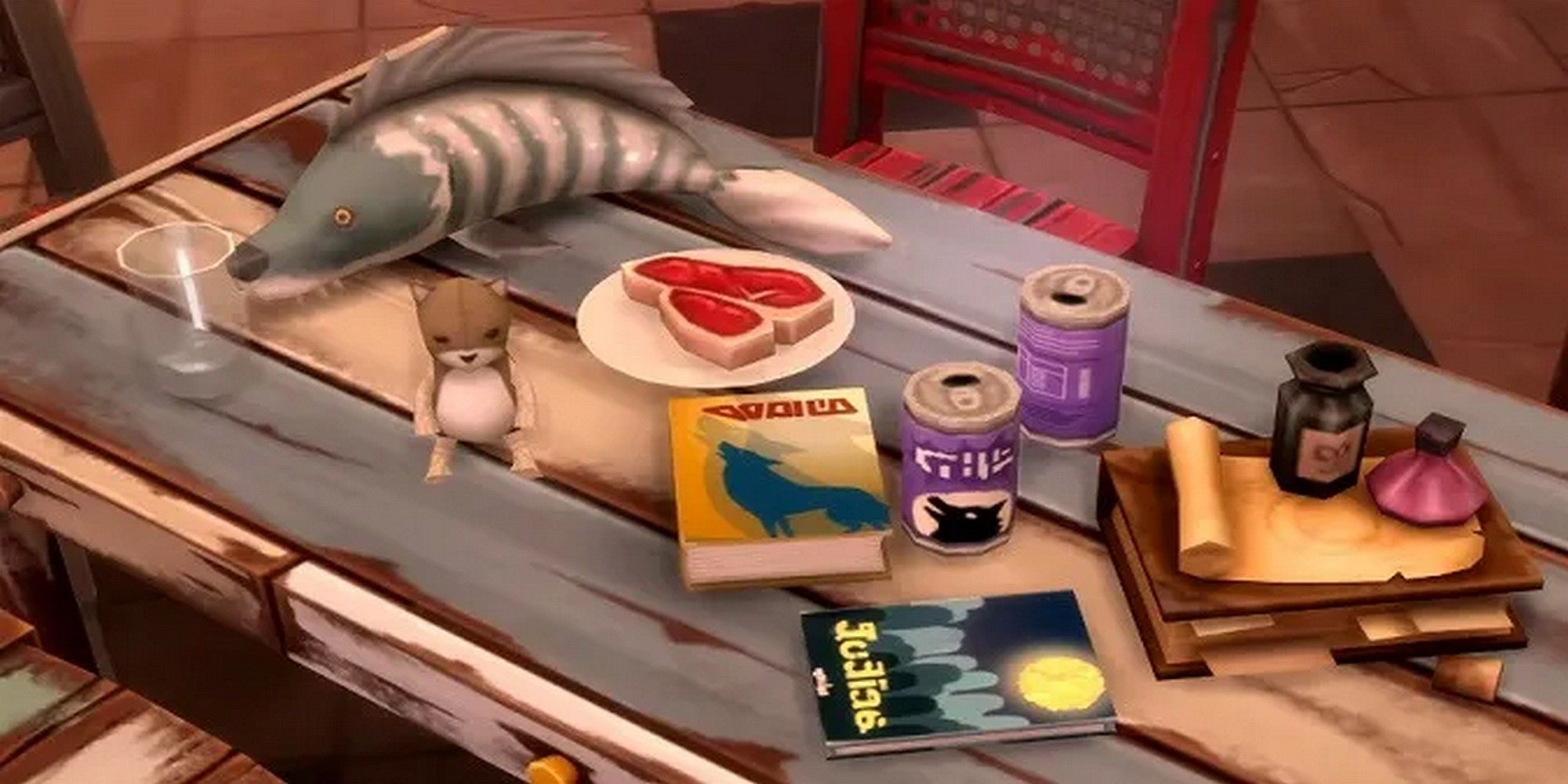 Lore items are discoverable all around Moonwood Mill, and one of the key pieces is Greg’s diary, the one he kept as he navigated being a Mooncaster and what it entailed. Reading it multiple times unlocks more information on him, and your Sim can learn a lot from it, especially since Greg isn’t usually very willing to talk to you himself.

But to do so, you need to be a werewolf, too. You’ll need to have enhanced smell as well as improved scavenging abilities to even locate the diary and other artifacts in the first place. Once you’ve got it, you can’t glean anything from it until you’ve also unlocked the dormant “lunar epiphany” ability, too.

3 He's A Difficult Friend To Make 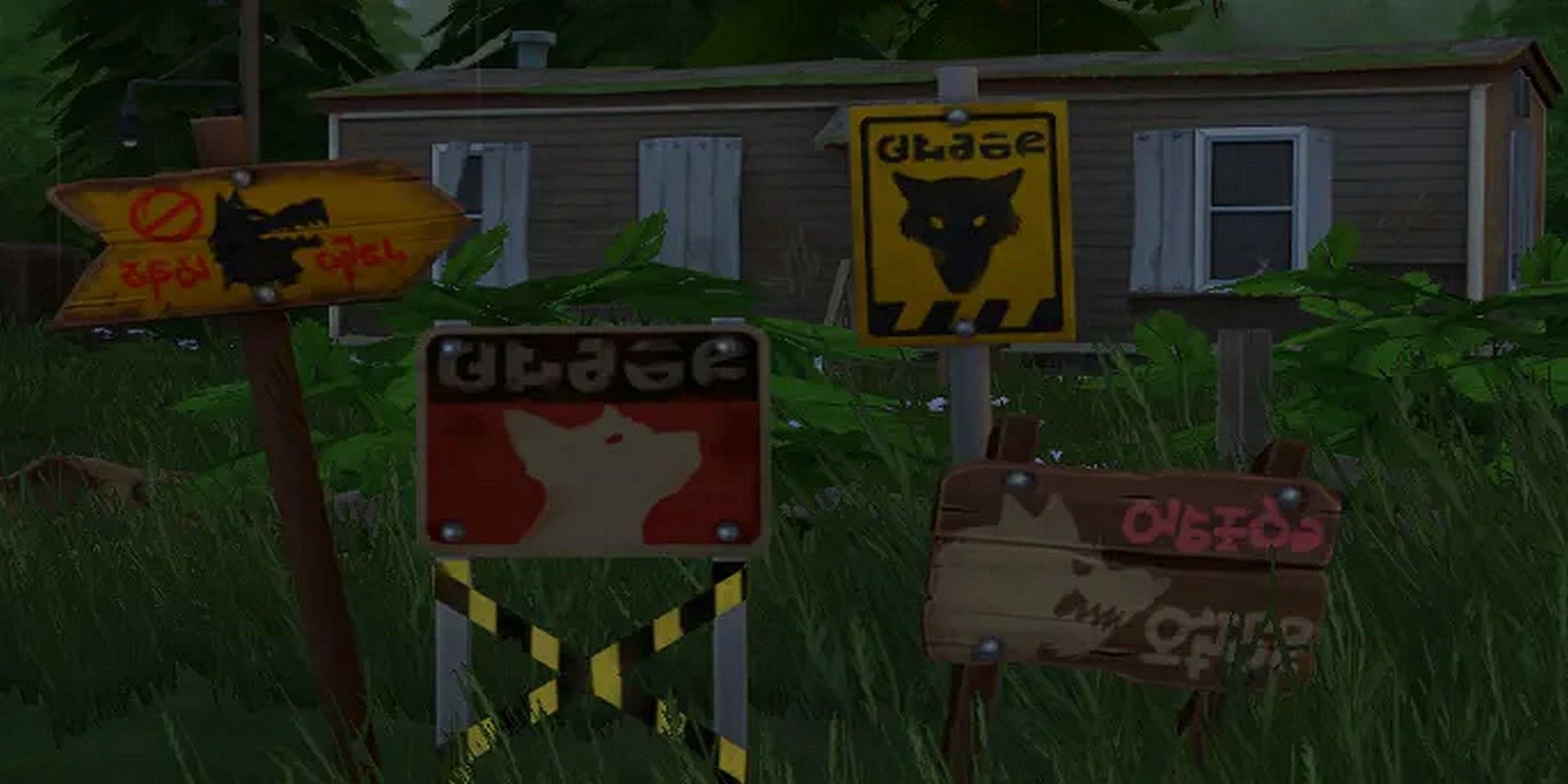 Befriending Greg is challenging, to say the least, but it’s even tougher if you’re a werewolf, too, which he hates to the extent that his relationship with the ones he knows is all the way in the red. While he does come out sometimes during full moons, you’ll probably have to seek him out at the dilapidated trailer that everyone has warned you explicitly to avoid.

Approaching him gives a handful of options. Unfortunately for you, if you’re a wolf, he’ll usually ignore your attempts to bridge the gap, and when he doesn’t, it’ll very often come to blows.

2 He's So Tough That Beating Him Is An Aspiration 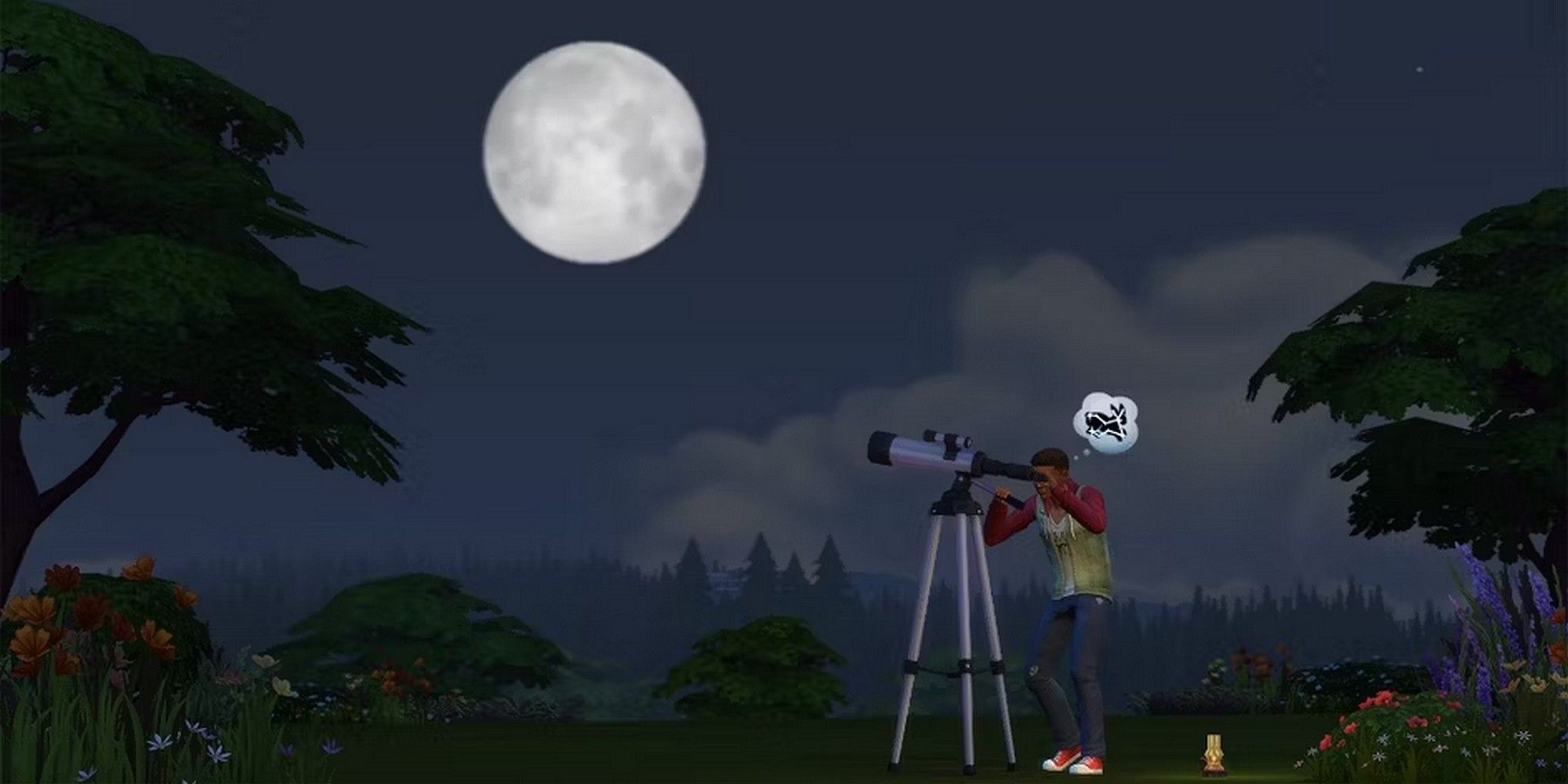 The Werewolves game pack delivered a lot of new and exciting content to supernatural Simmers, and among those things were a whopping five new wolf-related aspirations. One of them is “The Lone Wolf,” and your final challenge for it is to best Greg in a fight.

Since a lot of the gameplay is based on interacting with other Sims (because werewolves by lore design are pack beasts), relying on yourself isn’t always easy. This aspiration makes you fight at least five other werewolves for practice before moving onto the proverbial final boss of the challenge.

1 And Beating Him Requires A LOT Of Planning 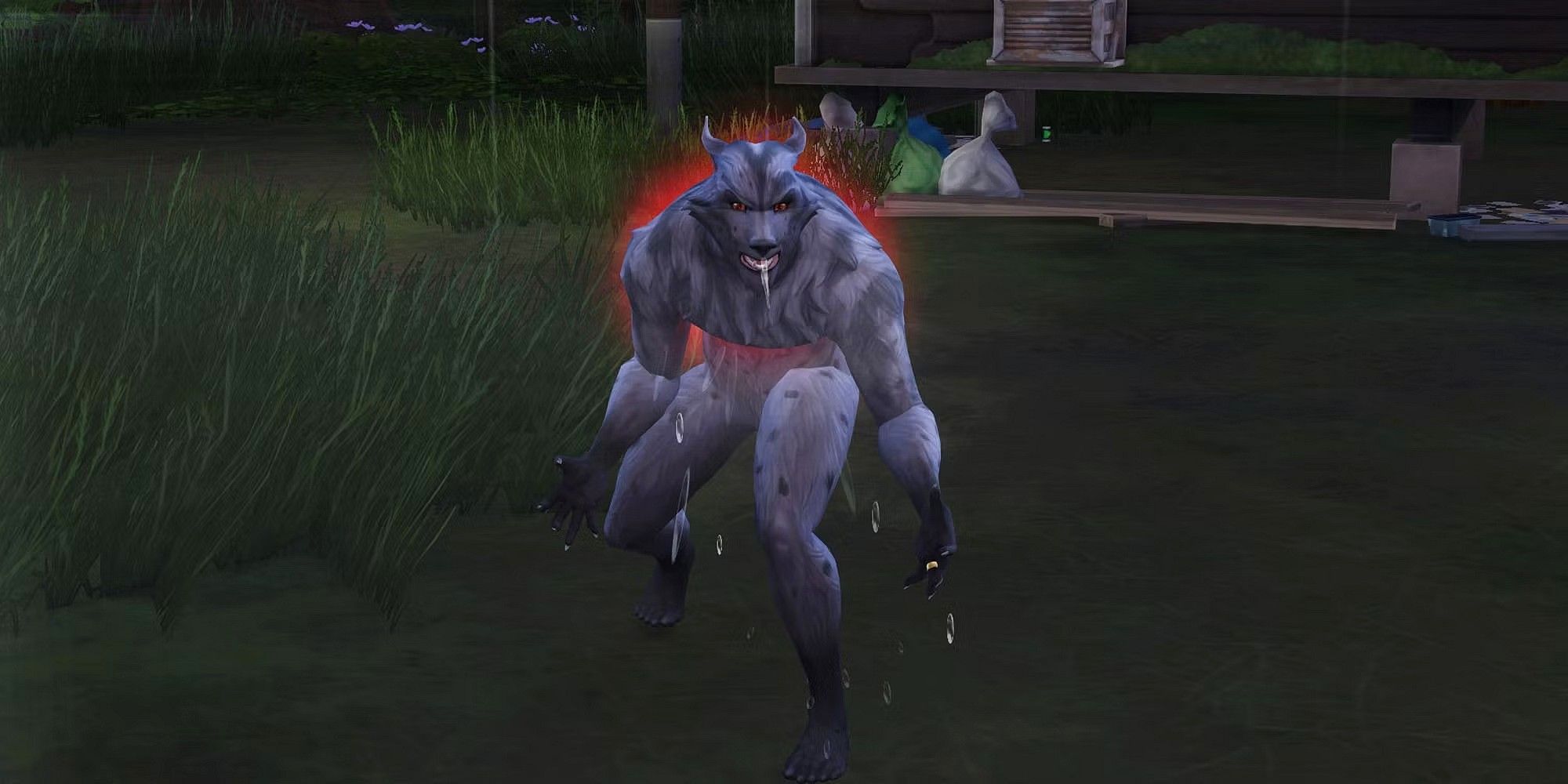 Don’t walk up to Greg’s trailer expecting to just win, though, because he’s going to kick your ass a few times before you do. Not only does being a Lone Wolf make him better at fighting, but he gains Fury from being angry, too.

But there is a way to do it, if you dedicate yourself to the task. Players have reported needing to first become an Apex Wolf themselves, which makes sense, taking on one of the original Mooncasters. Additionally, you’ll want to have maxed your fitness skill (or at least be close to doing so), on top of having the Alpha Wolf ability. Get yourself in a great mood and snack on a luna fish for an assist, and you’ll become the top dog after defeating Greg.