I don’t think Capcom actually cared about hiding Ethan Winter’s face until people started acting like it was a big deal. I don’t even remember anyone caring about seeing Ethan’s mug when Resident Evil 7 came out. Ethan was always a bit of a cypher – an everyman character that the player could insert themselves into. It wasn’t until I saw the Griffin McElroy fan render that I even realized people cared about this. Capcom realized how much attention FaceGate was getting too, because it's doubled- and tripled-down on hiding it since then. The company has become so committed to the bit that it allowed it to ruin its newest game, Shadows of Rose. After reviewing the subpar expansion and seeing just how far Capcom is willing to take this no-face thing, I just have to wonder, what was even the point?

I understand, to some degree, wanting to play a little cat and mouse game with your audience. If Ethan’s face is a frequently trending search term that continuously grabs headlines, it makes sense to play it a little coy. At first the back-and-forth was fun to watch. When modders managed to force Resident Evil Village into third-person mode – long before the official announcement of the new feature – they were delighted and horrified to discover that Ethan’s model didn’t even have a head. The official third-person mode for Village has Ethan look away when you try to turn the camera towards his face, which is a cute touch. I suspect it won’t take modders long to force the camera all the way around, and part of me is excited to see what they discover when they do. Will his face just be a featureless blank flesh? Maybe they’ve done something funny like give him Leon’s face. Whatever the case may be, Capcom is going to keep this face thing going to matter what.

It’s a confusing line to draw because we have sort of seen his face already. There’s an unlockable render of Ethan in Village that has a model of him with his face covered in shadows, but modders were able to remove the shadows to show us what his face looks like underneath. We have his face, we’ve had it since May 2021. You can see it for yourself using the Ethan Winters Restored mod. This should have been the end of it, so why is Capcom still clinging to this whole no-face thing? 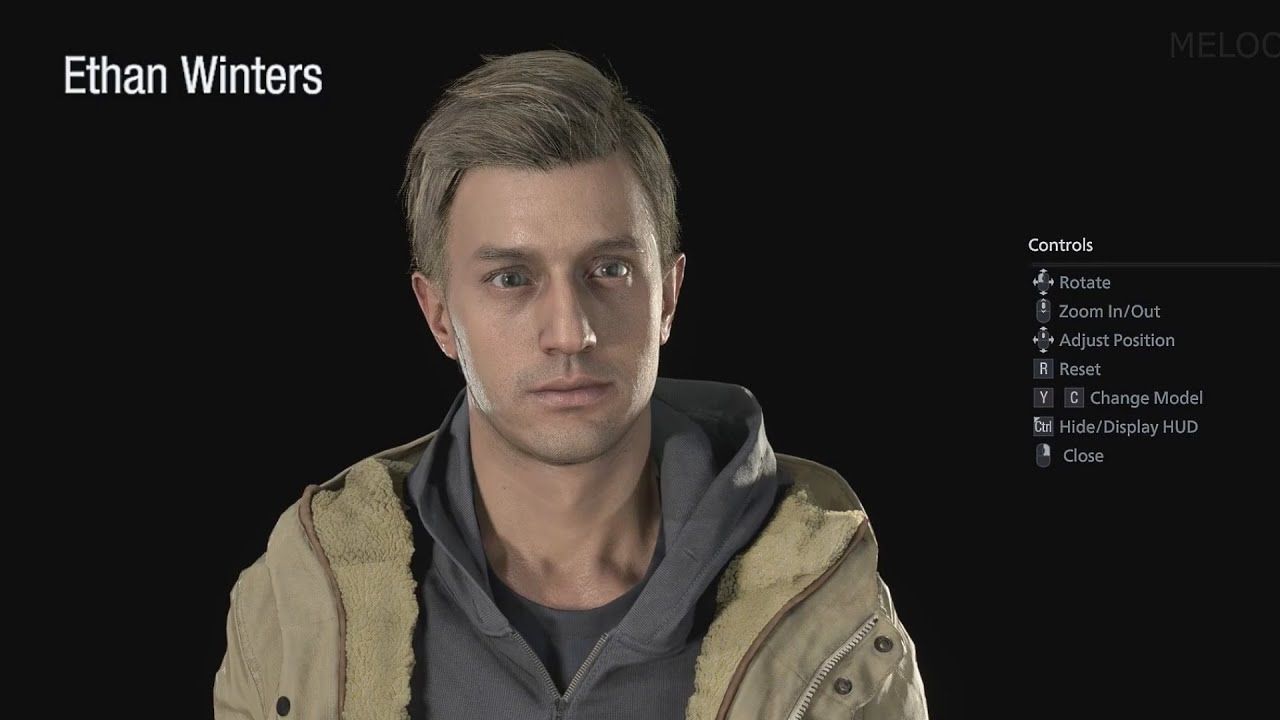 None of this would bother me, except committing to hiding Ethan’s face pretty much ruins the only worthwhile moment in the new Resident Evil Village expansion, Shadows of Rose. It follows Ethan’s daughter on a journey through the consciousness of the Megamycete, which manifests as a dreamlike version of the Village. She is aided on her quest by Ethan, who first appears to her as golden glowing text, but eventually appears in the flesh towards the latter half of the game. When he shows up during a fight with Eveline to protect Rose, the sequence is cut quickly and chaotically in order to obscure his face. It works well enough, in part because Rose isn’t supposed to recognize him either.

But Rose does eventually piece together who her guardian angel is, and in the expansion’s final moments we see the two connect for the first and last time. Rose is finally able to thank her father for the sacrifices he made for her, and Ethan gets to see that his little girl has grown up safe – his sacrifice was not made in vain.

It could be a touching moment in an otherwise forgettable game, but the lengths that it goes to hide Ethan’s face are absurd to the point of distraction. There’s no catharsis to be found in this bittersweet reunion when every shot has a carefully placed limb or tree branch blocking Ethan’s face. It turns a serious moment into a comical one and completely undermines story. Capcom cared so much about keeping this pointless bit going that it sacrificed the only emotionally salient moment in the entire game. To what end? I still have no idea.