The Continent is the enormous land mass wherein The Witcher series takes place, and for fans, it conjures images of roving beasts, magical beings, and danger lurking around every corner. And while the citizens have had centuries to get used to it, things weren’t always like that.

You hear the term “Conjunction of the Spheres” a lot in The Witcher, in the games, novels, and especially the television series. So, what was it?

Every time a lore-heavy series like The Witcher answers one question, it manages to pose several more in the process, including with its references to “the Conjunction” and “the cataclysm.” The concept will be explored a lot more heavily in the spin-off series, The Witcher: Blood Origin. However, the Conjunction of the Spheres has had long-lasting and far-reaching effects that are helpful to understand for your enjoyment of the main series as well. 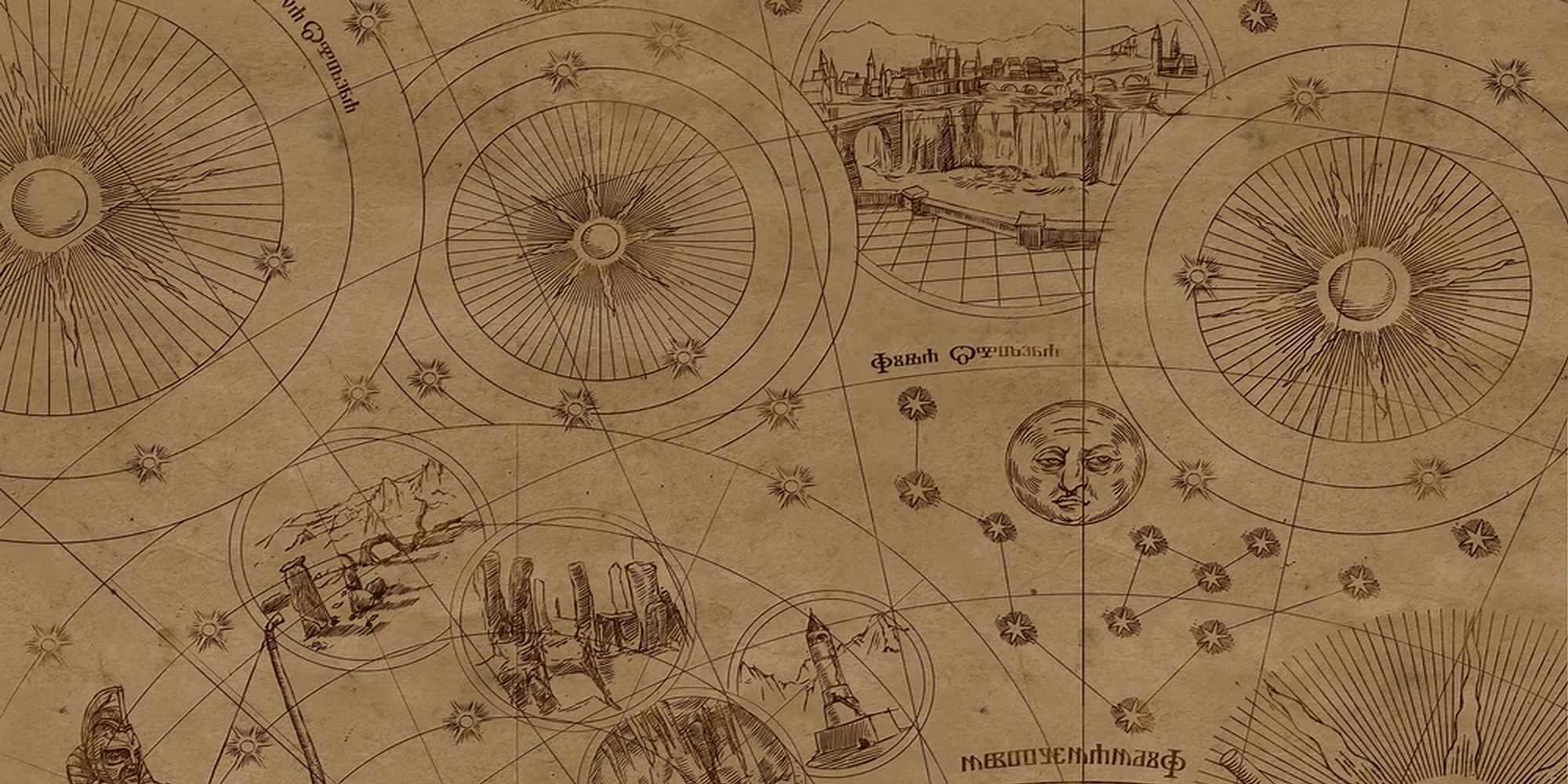 We can’t explain the Conjunction without looking the Multiverse Theory overall. It’s like Carl Sagan said: “If you wish to make an apple pie from scratch, you must first invent the universe.” And while we might not have invented it, we sure do want to explain.

Multiverse-based media is rather popular these days, with Marvel and its MCU dominating the box office with the concept in the last few years, but they’re not the first or the only to tell stories in a world where multiple distinct realities are occurring simultaneously. The Multiverse Theory posits that there exist any number of infinite realities as similar to our own as they are different from it, all of which are happening at the exact same time as the reality we’re living in right now.

Such was true in The Witcher, with different races and species living in different worlds and existing peacefully in different universes, all at once. Due to this general separation, there was relative stillness throughout The Continent and the universe as a whole, allowing for everyone to live on their own and jump between worlds with relative ease when needed.

That is, until the Conjunction of the Spheres.

The Conjunction Brings On The Cataclysm 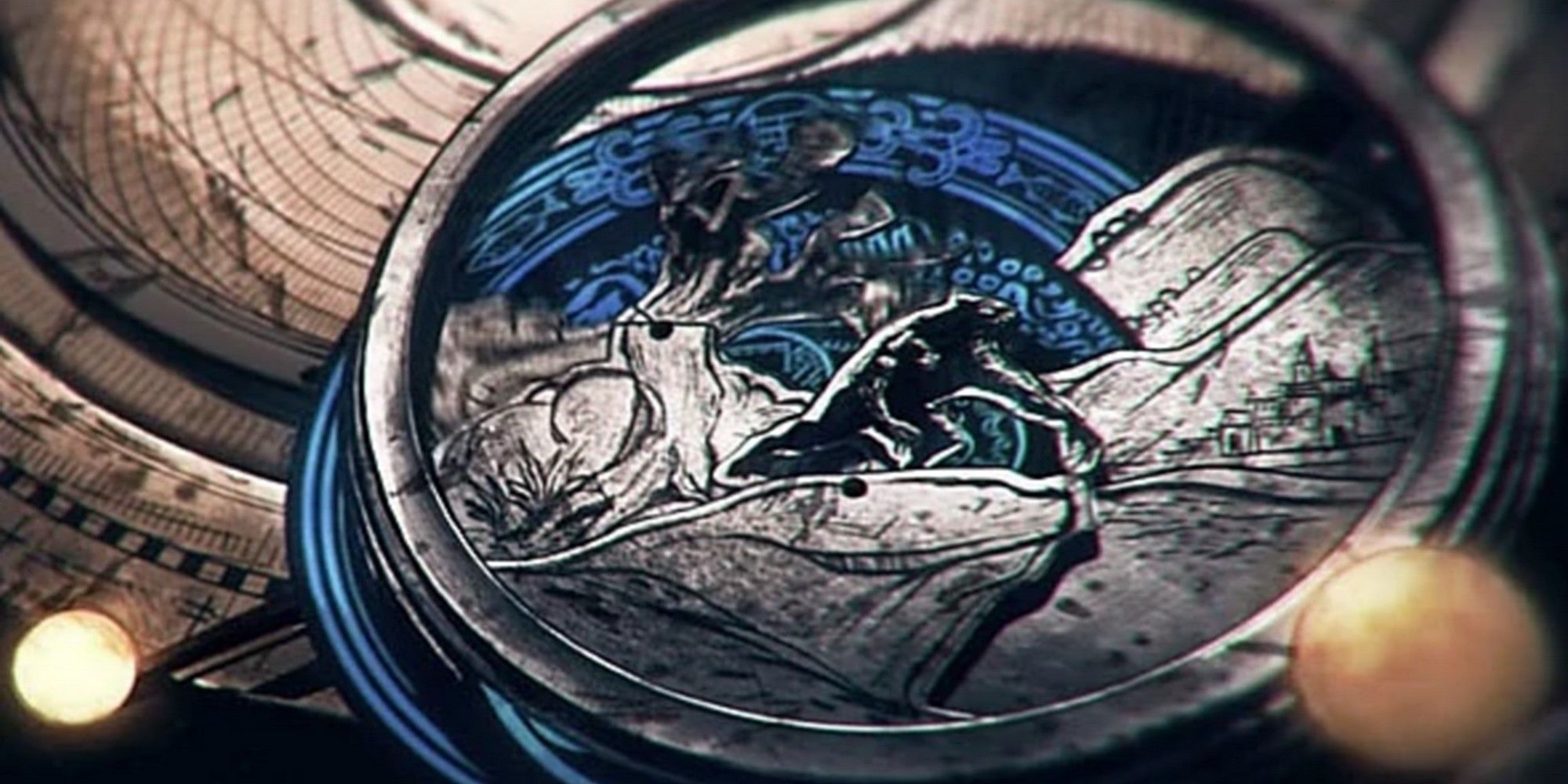 Showrunner and executive producer Lauren Hissrich, while making other clarifications on the series, outlined the Conjunction as “a bunch of different dimensions smashing into each other." With the different universes existing at the same time, a conjunction – defined by Merriam-Webster as both an “occurrence together in time or space” but also as “the act or an instance of conjoining” – was bound to happen eventually. And while it’s unknown exactly how that happened, the fact that it did can’t be argued.

During the Conjunction of the Spheres, several of the previously separate universes physically collided in space. The collision itself and resulting pandemonium allowed for beings from one world’s reality to slip into others where they had no natural occurrence, often resulting in battles for dominance between the new and existing species there.

But the trouble with astrological events is that we don’t always have warning about them, especially not in the confines of an old-timey fantasy world like The Continent. Because of this, the Conjunction of the Spheres happened very suddenly, rendering the beings of The Continent unprepared. Suddenly, the Elder Races were tossed into a battle for which they had no forewarning, made suddenly to defend their ancestral homes from the likes of ghouls, vampires, and assorted other monsters.

There’s also the hefty reveal that humans weren’t originally part of this world, either, and technically would qualify as monsters in that regard. They arrived during the Conjunction of the Spheres, something you learn from a not at all unbiased Avallac’h, after destroying their own world sometime prior to the cataclysm. In a new universe and without anything to go back to even if they could, humans immediately set about conquering The Continent to establish a new home for themselves.

Between humankind’s quicker reproduction, as well as their absolute barbarism and willingness to stop at nothing to secure a new life, humans bested the Elder Races over time, and they became the dominant species on The Continent. While they weren't the original inhabitants, they've conquered it to the point that there are essentially two groups of beings in the world of The Witcher: humans, and the much more broad-stoke non-humans.

The Continent After The Disaster 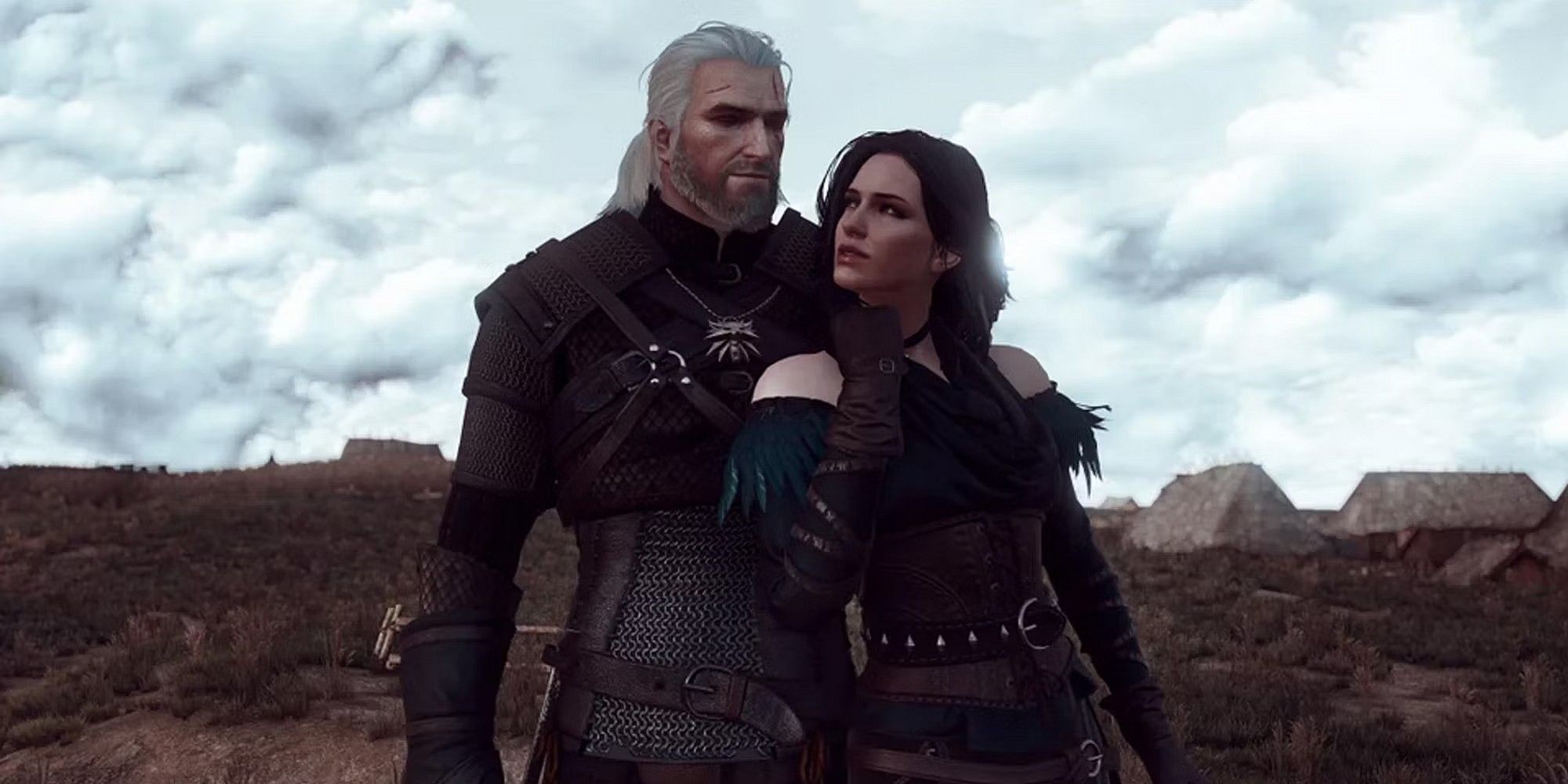 When the Conjunction itself was over, monsters were left behind on The Continent, now unable to get back to their own worlds. As such, the variety of creatures that’d been dropped into this new place began fighting back against all the things that saw them as invaders and tried to attack first.

It's been quite some time since the Conjunction when we get into the series itself, but as we see in the events of The Witcher (in all its media formats), the effects are still lingering. Players of the games spend countless hours in each playthrough guiding Geralt on side-quests to go dispatch some monsters slightly off the beaten paths between towns, while fans of the books and the Netflix series would know not to venture too far without their Witcher training.

Between the arrival of the monsters and the sudden presence of magic, the residents of the world had to act if they were to protect themselves against either. Sorceresses and mages alike all buckled down to begin trying to harness this new power, eventually coming to master it in their own ways, but the study of it was and still seems to be hotly contested by some. In the opening cinematic of The Witcher 3: Wild Hunt, we hear this in a bit more detail.

“The offspring of that cataclysm was the nefarious force called magic, yet we did not banish it,” a stern voice admonishes, “instead studying the vile arcane for our own power and wealth!”

The World of the Witcher, a compendium by written Martin Batylda and told from the perspective of different in-universe characters, explains that the people left after the cataclysm, depending on their own experiences, preferences, and biases, find magic to be one of three things. Some see it as a tool to create magnificent works of art and beauty, others see it as "chaos incarnate" and view it as a force of evil, while others yet regard it as just another branch of science that's to be studied in the same vein.

The section of the book that covers this is narrated by Yennefer, one of the series' primary sorceresses, who says of it: "In the end, magic is all three of the above. It is Art, Chaos, and Science: a blessing, a curse, and progress. It all depends on who calls upon it, and for what purpose."

But those students of magic weren’t the only ones given careers by the Conjunction. Witchers were created for the sole purpose of dealing with the monsters left behind when the dimensional rifts closed. Someone had to stick around to be the physical driving force for getting rid of the creatures who'd wish to do the survivors harm, so the people of The Continent created an entire new specialization in order to do away with them.

Geralt is but one of these people who underwent this extensive shift, dedicating his life before he was even consciously aware he was doing so, to the protection of the world. He, like all other Witchers, was taken as a child and subjected to alchemic training and conditioning both mental and physical (along with other mysterious rituals as well) in order to prepare them for a life fighting monsters in exchange for coin. There are many schools producing even more Witchers, but Geralt is well-known for being one of the best.

Not much is known to those outside the world of the Witchers how, exactly, a human child is transformed into a Witcher. But the know-how isn't the important part, when those Witchers are the only thing standing between ordinary non-magic humans and clutches of the assorted creatures left lingering after the cataclysm and trying to make a new home.