Jewelers at Caviar have created a solid gold PS5 crafted from around 20KG of precious metals. It looks like something out of the modern Deus Ex games, thanks to the polygonal texture of the casing. Caviar says this is to mimic the look and feel of gold ore.

“The fastest, most powerful and advanced Sony PlayStation 5 is definitely one of the best-selling game consoles,” says the official blurb. “Caviar jewelers could not pass by such a luxurious and very difficult to manufacture golden version of the PlayStation.

“Gold PS5 will be assembled from eight sheets, cast in solid gold. About 20 Kilograms of gold were used to create it. This is a real masterpiece of jewelry. 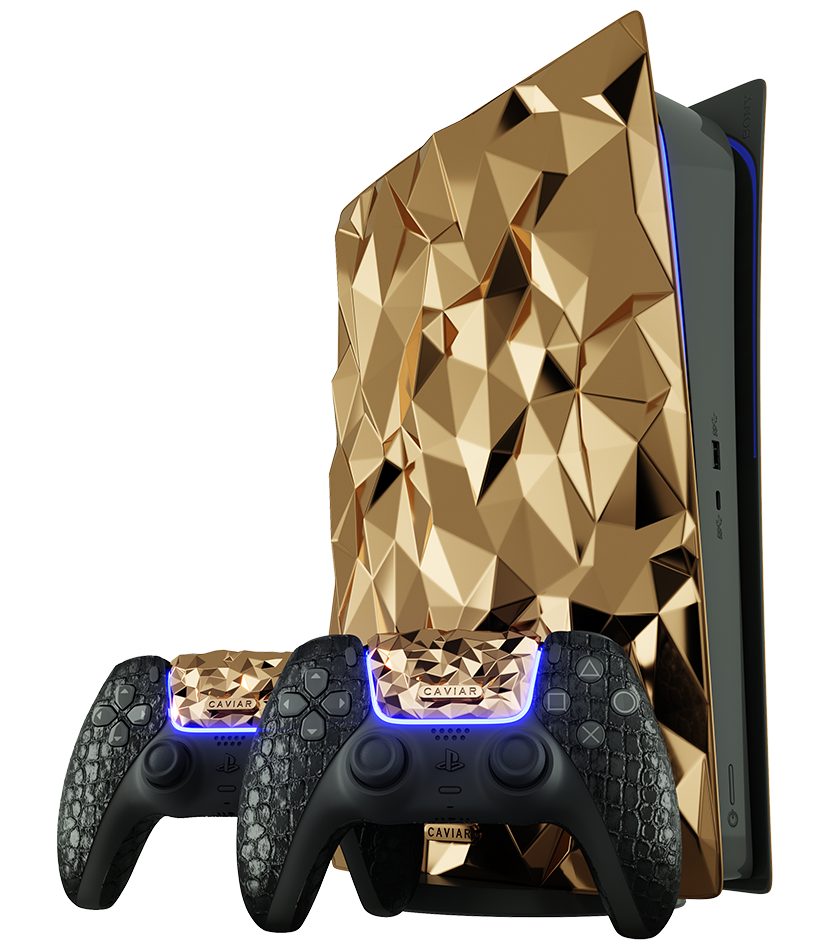 “The case of this exclusive gadget is made in the original jewelry technique, which adds volume and texture to the model. The inspiration for the designers was the unique geometry of the gold ore and the graceful, beautiful outlines of the rock. That is why the console was named Golden Rock.”

The DualSense controllers are also inlaid with gold, and they feature textured grips made from actual crocodile leather. There will only be one Golden Rock PS5 made and there’s no price on the official site. It’s probably a case of “if you have to ask, you probably can’t afford it”.

50KG of gold costs roughly £45,000, then there’s the cost of the console itself, the specialist process used to create it, and that crocodile who died for your gaming pleasure. I’d expect it to be at least £50,000, making it the most expensive console ever made. It’ll probably end up in the hands of someone like Elon Musk or some bullshit.