It’s finally here, the GTA and Spider-Man crossover we've all been waiting for. This new mod for Marvel’s Spider-Man lets you swing around New York City as GTA San Andreas protagonist CJ.

Over on Nexus Mods, players can download and install The CJ Mod to live out their GTA meets Marvel dreams. According to the mod’s description, it imports a fully rigged CJ model into the Insomniac game. As a note, it will replace the game’s Advanced Suit which is the suit used for the model’s port. This mod is an updated version with a few fixes including better rigging for the fingers and neck and the ability to install other suits with no issues.

If the comments on the mod are anything to go by, people are loving the chance to take on Kingpin and Doc Ock as CJ. Several videos have been posted showing off the mod in action, with CJ jumping from building to building and soaring above the streets. 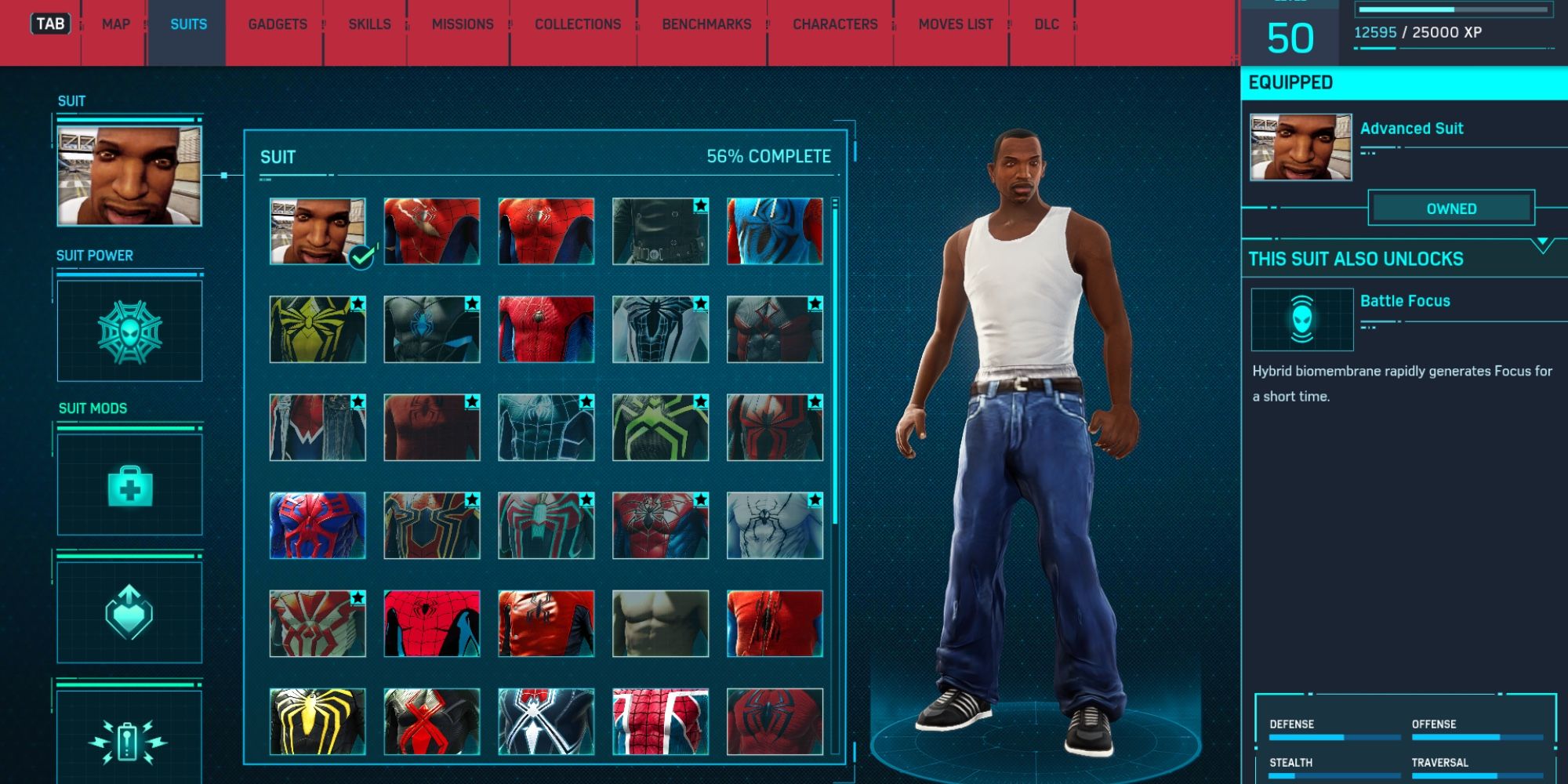 Of course, the CJ mod is just the most recent in a long line of mods that have popped up for Marvel’s Spider-Man. While some mods keep it pretty simple by replacing Peter Parker with other Marvel staples like Mary Jane, Black Cat, Kingpin, Stan Lee, and Daredevil, other mods have gone in another direction. That direction is swinging through the streets as Uncle Ben’s grave and the nightmare fuel that is the original Peter Parker face before the remaster.

Whether you decide to try out the GTA mod or not, one thing is very apparent: nobody wants to play as Spider-Man when playing Spider-Man.